1/ The House Judiciary Committee voted over Republican objections to advance two articles of impeachment accusing Trump of abuse of power and obstruction of Congress. In back-to-back votes, the Democratic-controlled committee adopted each charge against Trump by a margin of 23 to 17. The Judiciary Committee spent two days debating the articles, including a marathon 14-hour hearing yesterday, which Chairman Jerrold Nadler abruptly recessed before midnight without a vote. Deliberations today lasted less than 10 minutes. A full House vote is expected next week, and if either charge is approved, Trump would become the third American president to be impeached. Trump remained defiant on Twitter, insisting he had done "NOTHING wrong" and called Democrats "the Party of lies and deception!" (New York Times / Washington Post / Wall Street Journal / Bloomberg / CNN / CNBC / Politico / NBC News / The Guardian)

This is a companion discussion topic for the original entry at https://whatthefuckjusthappenedtoday.com/2019/12/13/day-1058/
4 Likes
The Impeachment of President Donald J. Trump
Keaton_James December 13, 2019, 10:26pm #2 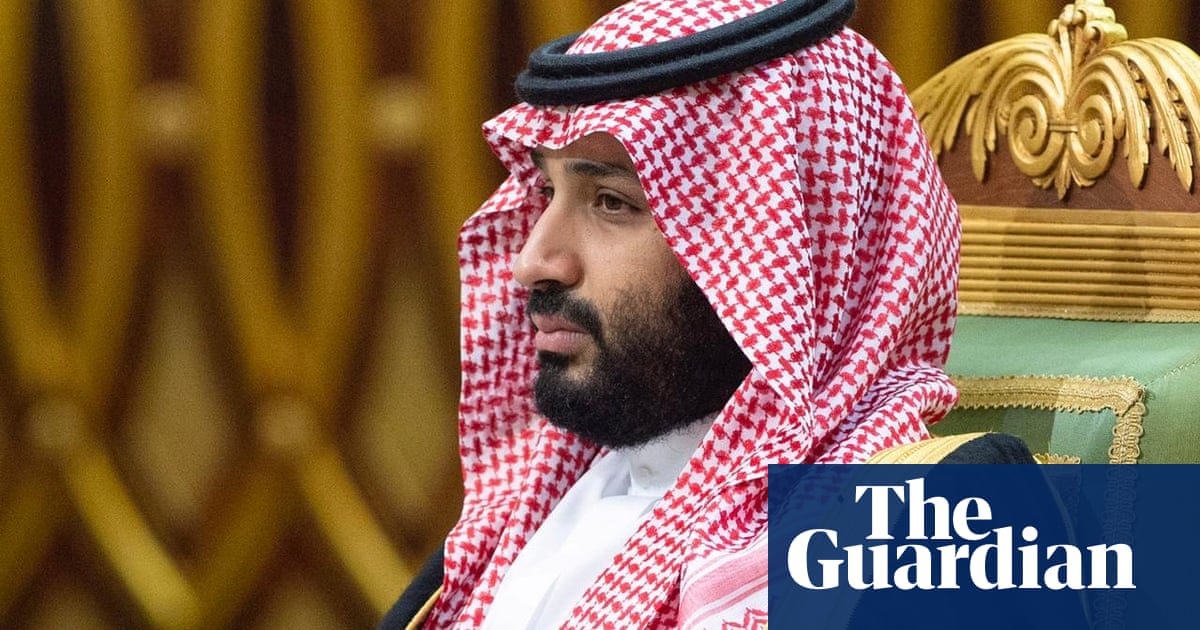 This is receiving almost zero coverage here in the states. Credit goes to Britain’s Guardian for covering it, but I must say their headline is deceptive. It makes it sound like the Administration is getting tough on finding out who was responsible for murdering Khashoggi. Quite the opposite.

So what are the odds that when the deadline rolls around, Maguire will just a give a big shrug and issue a vague report distancing MBS from the murder?

US intelligence agencies will be given a month to make a formal declaration on whether the Saudi crown prince, Mohammed bin Salman, was responsible for the murder of the Saudi dissident and Washington Post columnist, Jamal Khashoggi.

The annual military spending bill, known as the National Defense Authorization Act (NDAA), was passed by a large majority in the House of Representatives on Wednesday and is expected to be approved by the Senate next week before being signed into law by Donald Trump.

In negotiations before the NDAA’s passage, sections stipulating that Khashoggi’s murderers be subject to punitive measures were stripped from the bill, on the insistence of the White House – as were clauses that would have cut US support for the Saudi war in Yemen.

According to the New York Times, the president’s son-in-law, Jared Kushner, took a leading role in negotiations on behalf of the White House, and was insistent that the punitive clauses on Saudi Arabia should be removed.

But the final version of the bill retained language requiring the director of national intelligence (DNI) to present a formal determination within 30 days on who was responsible for the murder and dismemberment of Khashoggi in the Saudi consulate in Istanbul in October last year.
…
In a closed-door briefing in December 2018, the CIA director, Gina Haspel, told senators that the agency was convinced the murder had been ordered by the crown prince (colloquially known by his initials MBS).

“We know that the intelligence community has assessed with high confidence that MBS bears at least some responsibility for Khashoggi’s murder and the cover-up that has followed,” Tom Malinowski, the Democratic congressman from New Jersey who drafted the Saudi human rights accountability legislation, told the Guardian. “So if they answer the question, honestly, MBS will be on the list.”
…
“I wouldn’t be surprised if the White House put some pressure on the director of national intelligence to come to a different conclusion,” Malinowski said. “So we’ll be watching this with great interest. We do have the advantage of knowing in advance what the intelligence community thinks because they’ve already told us in a classified setting. So it will be quite striking if they tell us something that is different in response to this.”

Bruce Riedel, a former senior CIA officer and Saudi expert, said that Haspel is likely to have given the agency’s assessment of Prince Mohammed’s role in the Khashoggi murder in verbal form to the Senate, leaving the intelligence community enough wiggle room to hand over a list of the names of suspects the US has already named, excluding the crown prince.
…
“The acting DNI is a fine person, but he’s not going to fall on his sword, nor is the director of central intelligence,” Riedel said.

In the meantime, MBS is now presiding over the richest company on earth, Saudi Aramco, which recently hit a valuation of $2 trillion. To give some idea of what a staggeringly colossal number that is, the entire U.S. federal spending for 2020 will likely be about $1.3 trillion.

BTW, MBS is not “officially” the head of the company – it has a CEO, but the company is owned by Saudi Arabia of which MBS is the absolute ruler. He has led a four-year campaign to boost the valuation of the company, culminating in a recent stock offering that pushed its market cap over the $2 trillion mark. 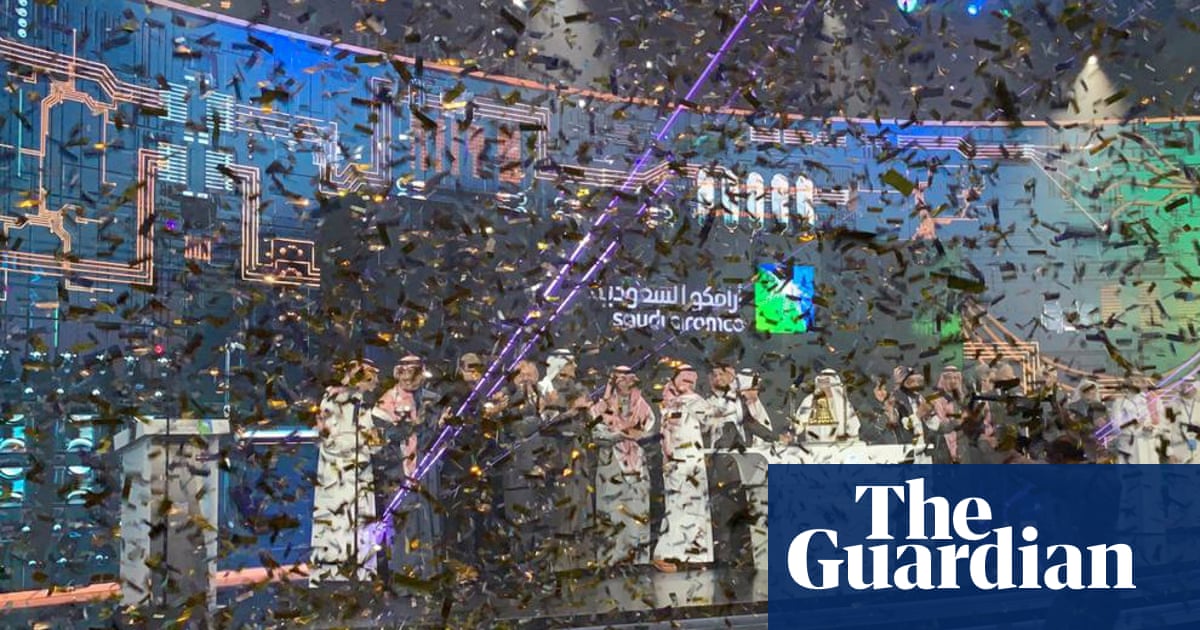 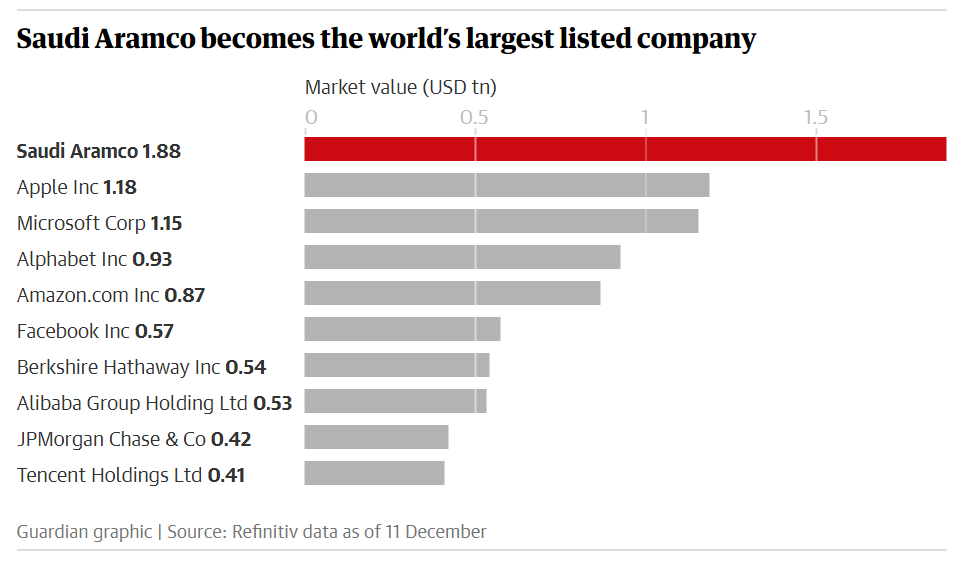 P.S. That kind of monetary muscle can fund unstoppable campaigns of global influence, including right here in the U.S. It’s time to shut down Citizens United and the dark money it spawns, before the likes of MBS and other foreign billionaires are outright running this country.

Here’s a “Summary” of the last week or so of impeachment news.

Citizens United is the ultimate culprit!