1/ Trump vaguely denied that he called Haiti a "shithole country," tweeting that "the language used by me at the DACA meeting was tough." Trump then blamed Democrats for the "outlandish proposal," which he called a "a big setback for DACA!" He did not, however, deny that he called El Salvador or African countries "shitholes." (NBC News / Washington Post)

Wow. When people with power say such disgusting things I often turn to the words of James Baldwin for perspective. Here is the entire 1965 debate between Mr. Baldwin and Mr. Buckley. It’s long but listen to James Baldwin wipe the floor with the National Review’s William F. Buckley Jr. Remember that the conservatives have no real argument all they have is their hate. 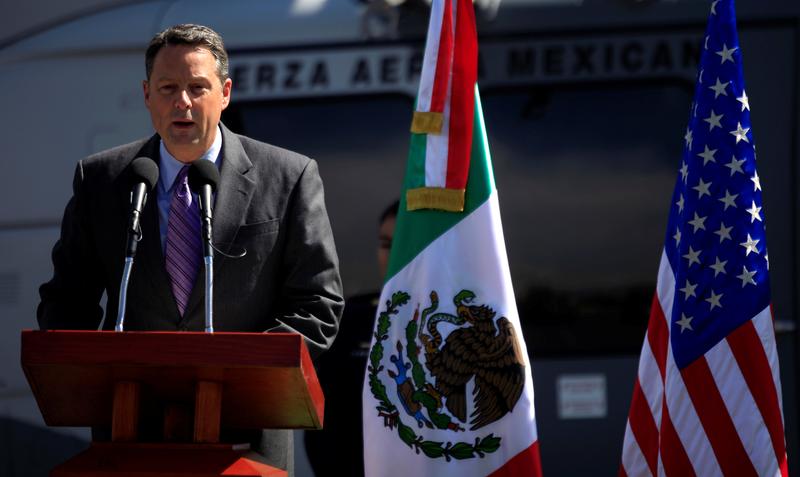 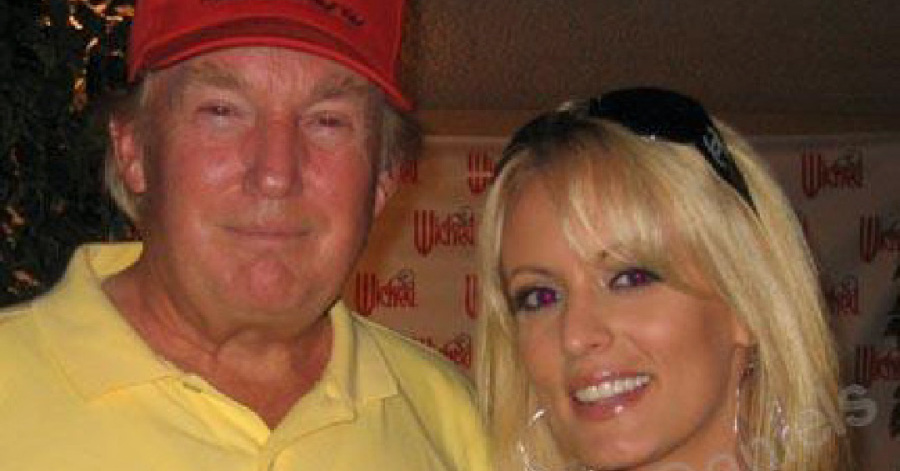 A lawyer for President Donald Trump arranged a $130,000 payment to a former adult-film star a month before the 2016 election as part of an agreement that precluded her from publicly discussing an alleged sexual encounter with Mr. Trump.

Trump: Where are you from?
Analyst: New York
Trump: No, where are “your people from”?

After the analyst revealed that her parents are Korean, Trump turned to an adviser in the room and seemed to suggest her ethnicity should determine her career path, asking why the “pretty Korean lady” isn’t negotiating with North Korea on his administration’s behalf, the officials said. 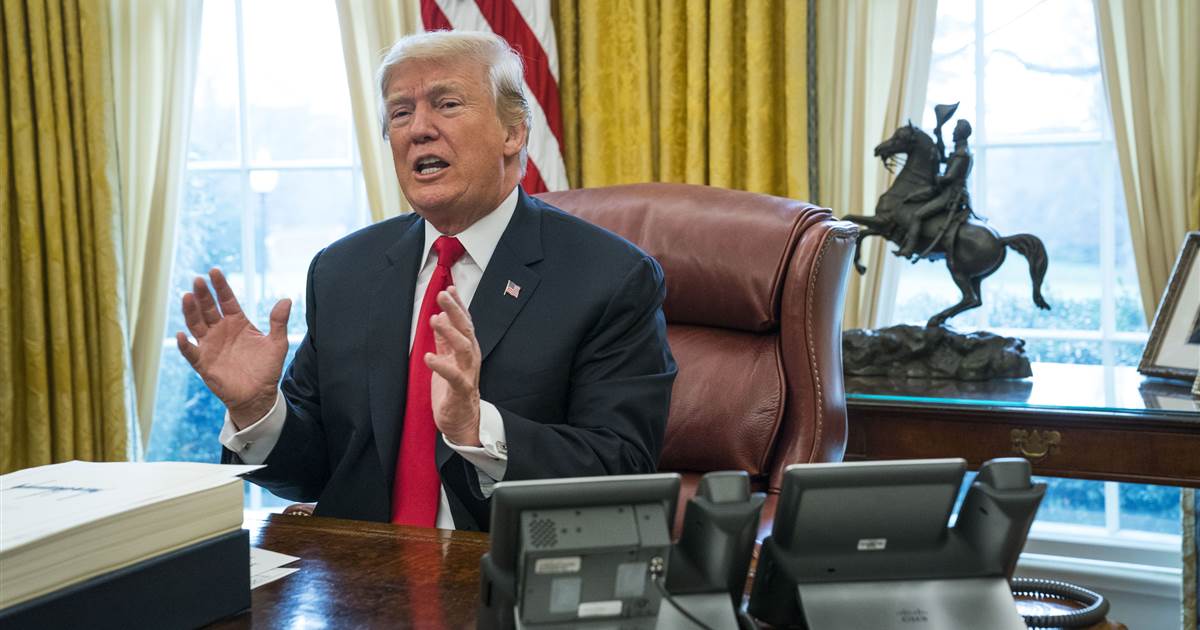 Before the uproar over his "shithole countries' comment, President Trump's remarks about race or ethnicity in official meetings raised eyebrows. 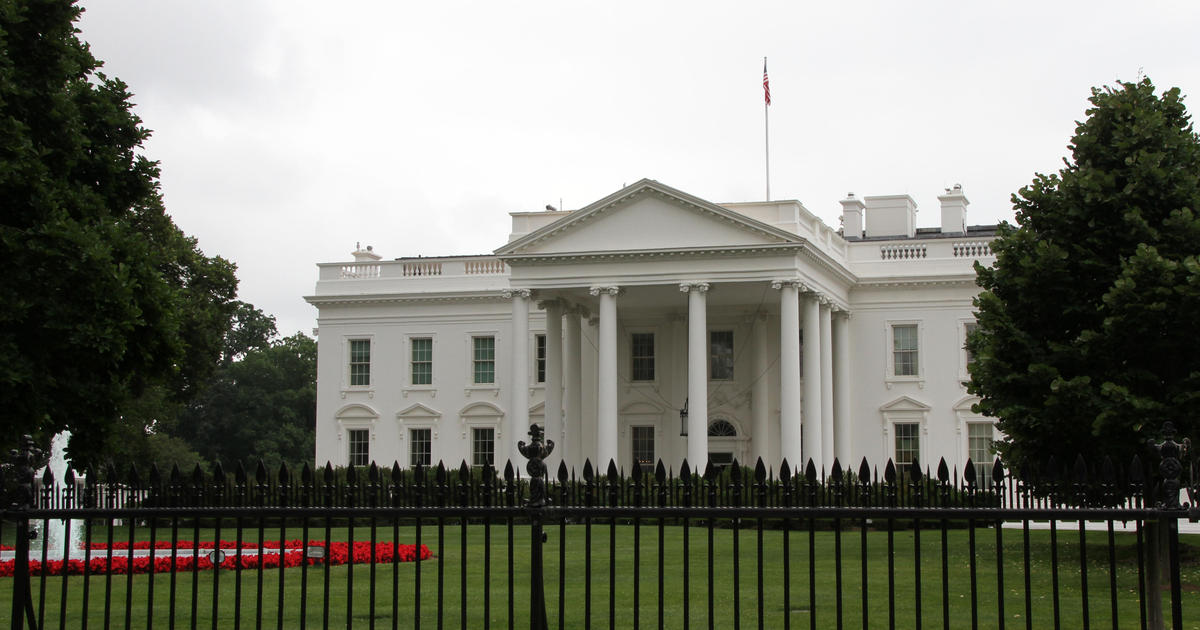 A telephone briefing on the status of Iran sanctions was delayed while the White House struggled with the "listen only" feature on the conference call, in a saga that was filled with expletives and confusion

“Following comments by the President, I said my piece directly to him yesterday…" (confirming Trump’s “shithole” comments) 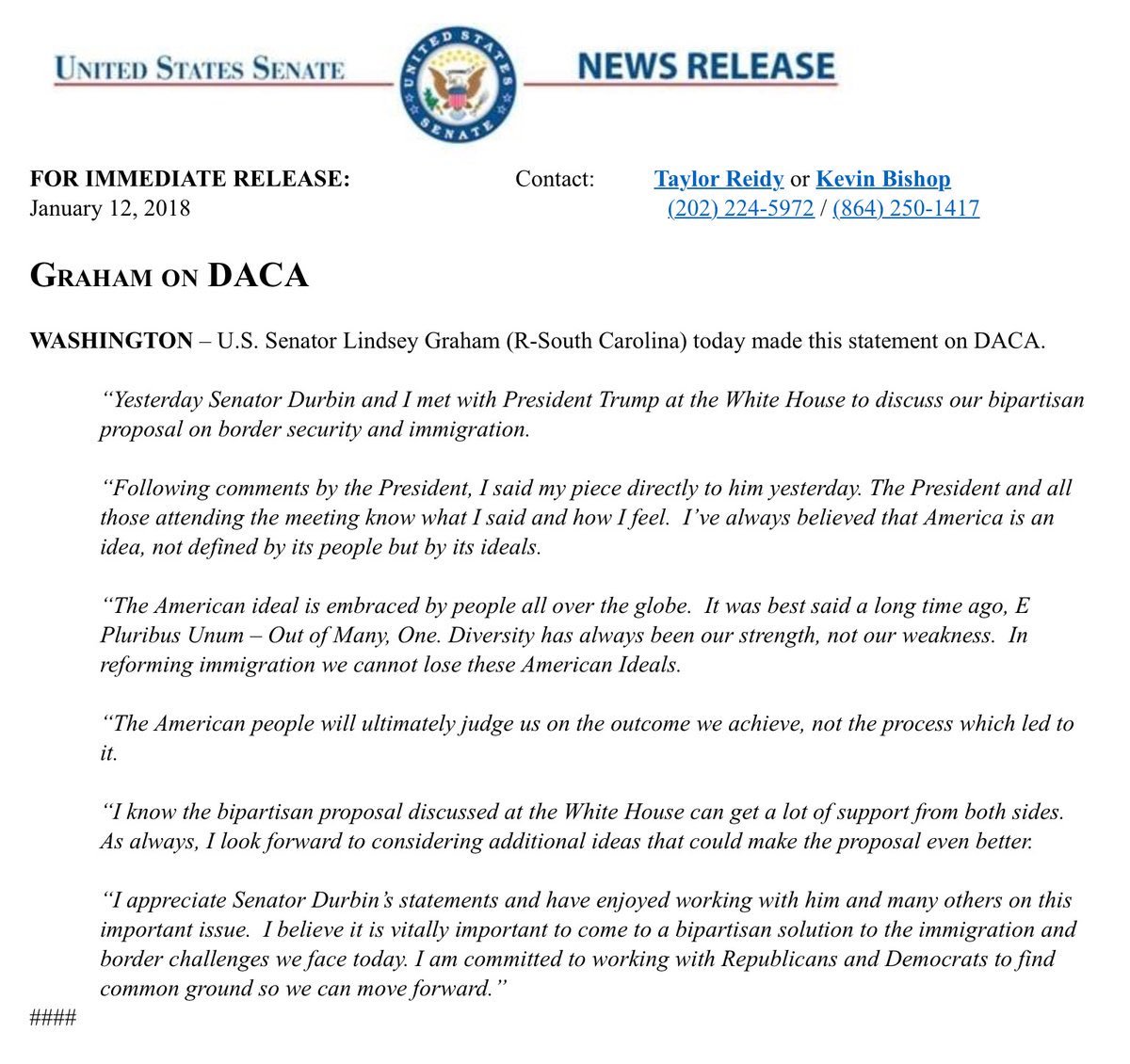 Lindsey Graham: “Following comments by the President, I said my piece directly to him yesterday. The President and all those attending the meeting know what I said and how I feel. I’ve always believed that America is an idea, not defined by its people but by its ideals.”

Pence probably won’t testify to Congress about Russia, despite requests from Democrats. Pence headed the Trump transition team, which Democrats believe puts him in position to know about Michael Flynn’s contacts with Russia and other foreign governments. 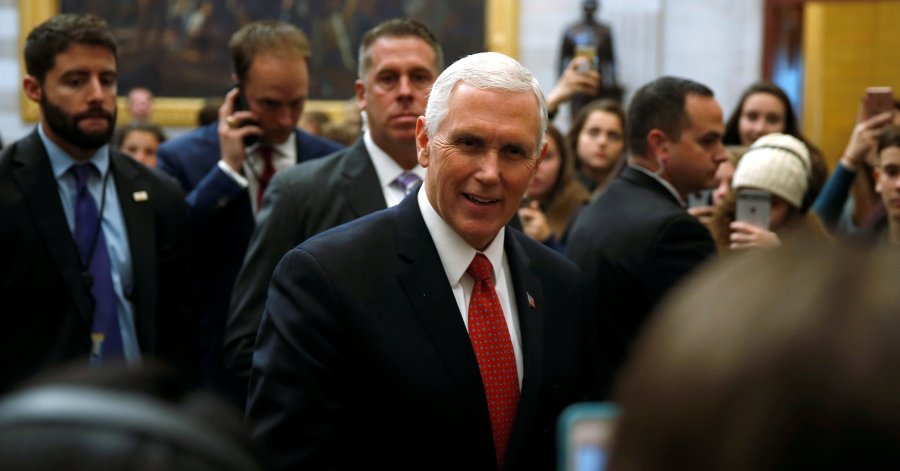 Despite Requests from Democrats, Mike Pence Unlikely to Testify to Congress...

Congressional Democrats want Vice President Mike Pence to testify on Capitol Hill about what he knows about contacts between Trump transition aides and Russia, but he’s not likely to comply because he sees no precedent for such an appearance, an...

Love love love the quiz! Thanks for the comic relief!

That is explicitly why I posted this perticular debate.

William F. Buckley is considered one the preeminent figures of American Conservativism in the 20th Century. After watching this debate it’s easy to see how his views on race in American politics, even in 1965, have led to the eventual creation of the Alt-Right movements we see today.

I keep thinking about this from the interview Trump gave to the WSJ this week…I feel like it hasn’t gotten enough attention.

Like, who’s going to be the one to tell Trump DREAM means ‘Development, Relief, and Education for Alien Minors’ Act?! 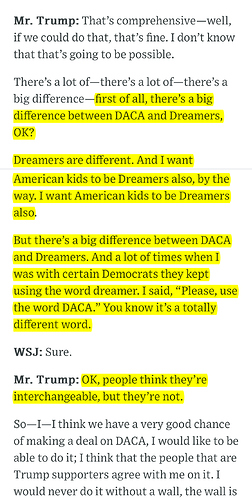 I just came from Haiti where I work as a nurse volunteer on a medical grant which aims to shore up very poor orphanages with regular medical care for the kids there. I’ve had the same medical interpreter for 8 years. He speaks 4 languages. I. don’t know if he just wanted to see me squirm but, the next day the interpreter asked me to explain the term “shithole”. He seemed utterly dumbfounded the president would say that as he views our government as mostly non corrupt and his Haiti president as corrupt. He was unable-language wise- separate the slur into people and countries, as the Republicans tried to do in the post-mortem. I had to spend 15 minutes promising him I don’t support those words. I’ve been to Haiti 22 times. This country has street manifestations every day. I am often in “blockis” where my car is wedged in traffic for an hour or more at a standstill. Trump has made my work more dangerous and made the Haitians uneasy and confused. Add TPS in the mix and you are just waiting for a riot —both in Haiti and Florida/New York.

I think the issue is that DACA (Deferred Action for Childhood Arrivals) was an Executive Order, signed into existence by Obama. The Dreamers are named for the DREAM Act. DACA does not lead to any kind of legal status whereas the DREAM Act would provide a means for obtaining a Green Card and legal status.

The two cover “different” groups which might be what Trump meant. Recipients of DACA must have resided in the U.S. continuously since June 15, 2007. Also, DACA only applies to individuals who were born on or after June 16, 1981. Dreamers refer to individuals under 31 years of age who were brought to the U.S. illegally as young children and who meet these criteria:

The DREAM Act was first proposed in 2001 and from what I could find, appears to have come before Congress at least 5 times since 2011, failing to gain acceptance each time. In 2012, Obama took portions of the DREAM Act and created DACA. In essence, it was to have provided some of the rights of the DREAM act to some of the children included in the DREAM Act. Interestingly, the reason the DREAM Act failed in 2011 was because a number of GOP Senators did not think these rights should be accorded unless there was more enforcement of immigration law enforcement.

So here we are again, 7 years later, stuck on the same things and some of the same people are still involved (McCain, Graham, Comryn). In some ways, it reminds me of what happened with Obamacare. Trump was intent on getting rid of it and originally promised there would be a replacement before he killed the Affordable Care Act. Then Congress got stuck on the entire issue and we ended up with a mess. Here, Trump originally promised a replacement for Obama’s DACA order before eliminating it and now, everybody’s in a tizzy again because of opposing agendas.

What is most offensive is that this continues to feel like a case of Trump’s ego (let’s obliterate everything that Obama did because I’m the better POTUS) vs. looking out for the interests of the people.

Thank you for the clarification between DACA & Dreamers…I can’t be the only one confused by these terms? I’m pretty sure I’ve heard these terms used interchangeably in the news.

It IS very offensive, the way twittler keeps trying to erase all traces of President Obama’s work…it’s very clearly a sick ego-trip at work, which is inexcusable & very harmful to this country. trump clearly couldn’t care less about “the interests of the people” and is the most toxic piece of garbage that’s ever soiled the White House.

I’ve thought since, 2003, that the solution to our south border problem holds a simple solution, based on precident;
We send the American Intelligence community, (both guys), down to a back alley in Mexico City, have them locate a guy named Pedro and give him 5 dollars to stand on a barrel and yell " we have weapons of mass detruction", we then declare war on Mexico, conquer it make it a state. There are many benefits to this plan, we don’t have to cross an ocean to stage an unnecessary war, Mexico has mucho Oil, tens of thousands of miles of beach front property, a whole new tax base , (revenue), we save our friends a trip across the Rio Grande, the wall at the bottom of the “State of Mexico” would be much shorter, health care is cheaper, …

Sorry but I wouldn’t wish our current pathetic president on anyone. And if we wait a little longer, I believe twittler will be ousted & “the wall” will no longer be on anyone’s mind. (-other than the one around him!) Or, if the unthinkable happens & we’re stuck with the S.O.B.- no one will want to come here anyway.

We tell them he’s a pinata

I love the idea of people swinging sticks at him, but somehow, I don’t think candy is going to fall out. Maybe semi-digested Big Macs and a boatload of Diet Coke, but no candy.

On a separate note, every time I hear mention of “The Wall”, my mind shifts to Pink Floyd. That’s certainly an improvement over Trump’s idiotic plans. Anybody want to bet on whether this ever happens or not? I’m holding firm to my belief that it’s another crazy idea of his and when push comes to shove, he won’t get support to build it as proposed nor is he going to find people willing to build it…unless he wants cheap Mexican labor (not intended to be an anti-Mexican slur; I’m just thinking economics here). Or maybe he can hire those poor miners in VA that he promised to help, who supported him but are still unemployed. I just hope he pays whoever he hires. He has a bad history of neglecting to when times got hard. Ironic that he can pay off women to stay silent, but he couldn’t/wouldn’t pay his employees who deserved it.

BTW, Lynn - the reason I did all that research on DACA and the DREAM Act was because I was in the dark as well. I figured I owed it to myself to educate myself so if I took a position, I’d know what the hell I was supporting. I went ahead and shared it because I figured there had to be other people who were overwhelmed by the terms being thrown back and forth. I’m glad it helped you.

Buckley there seems to be demonstrating proto-Richard Spencer rhetoric.

More or less what you need to know:

A lawyer for President Donald Trump arranged a $130,000 payment to a former adult-film star a month before the 2016 election as part of an agreement that precluded her from publicly discussing an alleged sexual encounter with Mr. Trump, according to people familiar with the matter.

Michael Cohen, who spent nearly a decade as a top attorney at the Trump Organization, arranged payment to the woman, Stephanie Clifford, in October 2016 after her lawyer negotiated the nondisclosure agreement with Mr. Cohen, these people said.

Ms. Clifford, whose stage name is Stormy Daniels, has privately alleged the encounter with Mr. Trump took place after they met at a July 2006 celebrity golf tournament in Lake Tahoe, these people said. Mr. Trump married Melania Trump in 2005.