1/ Trump won't hire two attorneys who were supposed to join his legal team after all. The appointments were announced last week, but Trump's personal attorney, Jay Sekulow, said in a statement that "conflicts prevent Joe diGenova and Victoria Toensing from joining the president’s special counsel legal team." He added: "Those conflicts do not prevent them from assisting the president in other legal matters." (New York Times)

The U.S. will expel 60 Russian diplomats in response to the poisoning of a former Russian spy on British soil. The Russian consulate in Seattle will also be closed as part of the response. (NBC News)

Nearly one-quarter of America’s 9,962 nuclear weapons are now assigned to the Bangor submarine base on Hood Canal, 20 air miles northwest of downtown Seattle. This makes Bangor the largest nuclear weapons storehouse in the United States, and possibly the world.

Trump won’t hire two attorneys who were supposed to join his legal team after all.

We (the American voters) certainly chose a highly-specialized POTUS

this time around: apparently he can only fire people, and then, never in person. I think it’s hilarious (and very revealing) that he apparently thought he could just announce he was hiring this team without even talking to them first, otherwise he’d have known (you know, 'cause he’s “like a really smart person”) that there was a big conflict of interest that would prevent that.

I just want to point out that Jay Sekulow’s background is not in criminal law – it’s been 1st-amendment trolling of public schools. So the only lawyer Trump’s been able to keep is one who’s inexperienced at the job he’s trying to do. 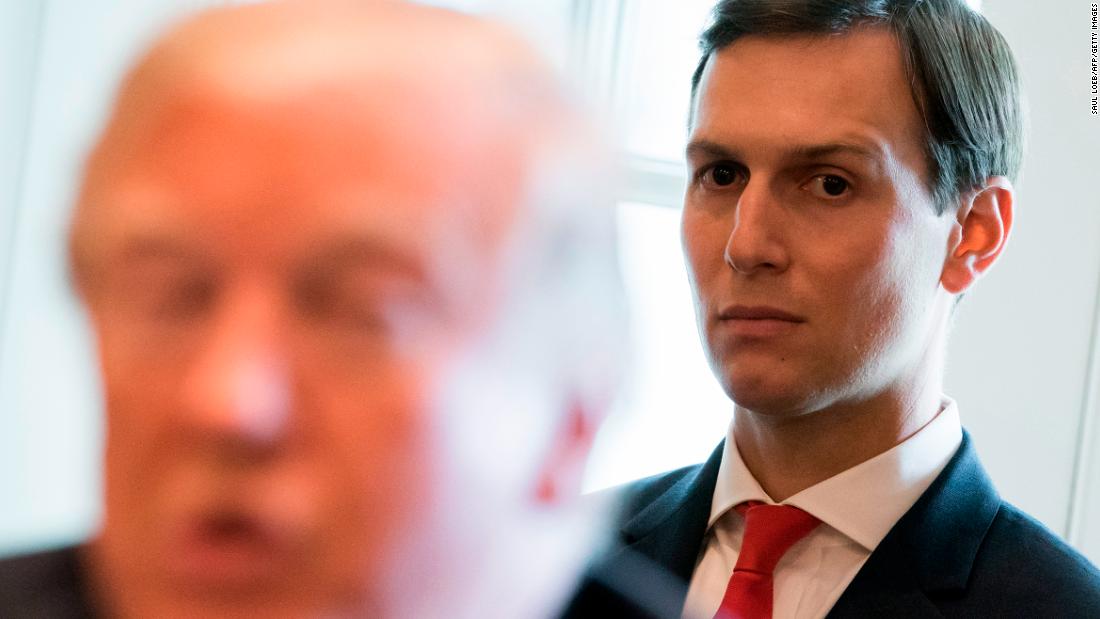 The acting director of the Office of Government Ethics said in a letter to a Democratic member of Congress that the White House Counsel's office is looking into whether Jared Kushner violated any laws when he met with business entities which later... 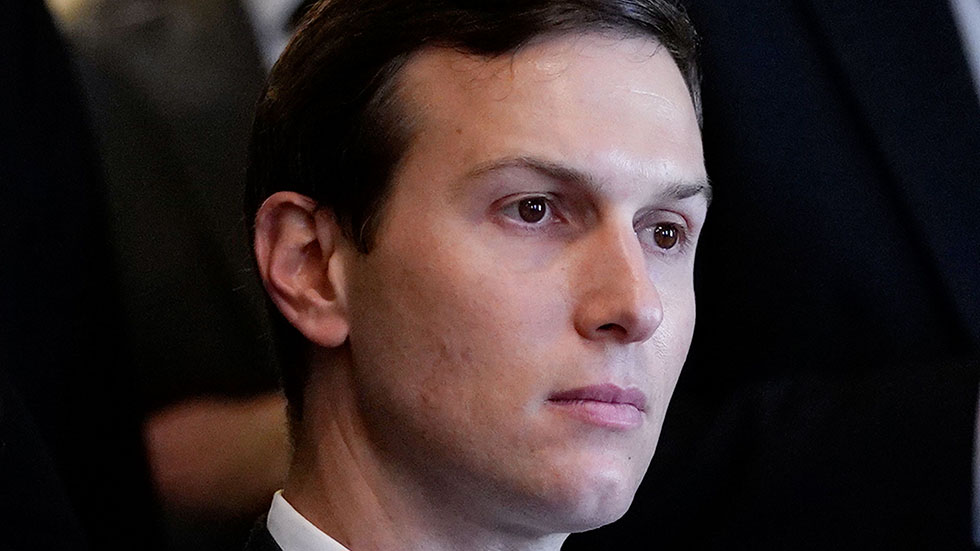 Here we go again… Another sham investigation just like the one conducted by the Republican-run House Intelligence Committee. I’d say it’s pretty much a done deal that David Apol, the head of the Office of Government Ethics, appointed by Trump will exonerate Trump’s own son-in-law. At most, Apol may wind up making Kushner take a time out while all the other kids get cookies and milk.

Trump was happy to appoint his lackey, David Apol, as the new head of the OGE after the former head, Walter Shaub, (who had been appointed by an actual ethical President) resigned in disgust, saying, “the White House has set a tone from the top that ethics doesn’t matter.”

One of the reasons Shaub resigned was that Trump would not divest himself of his business interests or place them in a blind trust, an unprecedented and flagrantly unethical act. And since his appointment as the new head of the OGE, what has Apol done about Trump’s unethical behavior? Absolutely zip. In fact, Apol has further eroded the integrity of the agency.

This sentence from Apol’s announcement of the “investigation” belies how intentionally ineffectual he is being right from the start: “The White House informed me that they had already begun this process. I have asked the White House to inform me of the results of that process.” So it sounds like the OGE actually intends to do nothing – the agency is simply standing on the sidelines while the White House “investigates” itself and then, maybe, condescends to pass the results to the OGE. Wow, that’s some fierce investigatin’.

Yes, there would seem to be very little push back from David Apol, the stooge T appointee who will not mess with any of Kushner’s financial pitches and loans that directly result from his Assistant to the Prez position. I heard floated on the MSNBC evening newsblock tonight, something to the effect that Kushner’s actions in the WH were always considered primarily self-interested, and his nepotism and arrogance would never earn him any respect. But seeing those hundreds of millions of dollar loans gotten from Citicorp, and another big bank is something Mueller has been looking into for sure. Kushner’s lack of security clearance no doubt stems from the huge debt that was ‘underreported!’ and his desperate need to shore up the 666 Fifth Ave building. The OGE efforts will just go through the motions.

Hoping as well that Kushner and baby darling, Ivanka would push off and learn to serve cookies to someone other than themselves and their kids.

Where this jaw dropping news re: Kushner’s finances will lead is hopefully in the hands of Mueller and Schneiderman, for the NYC backstop to all of it. 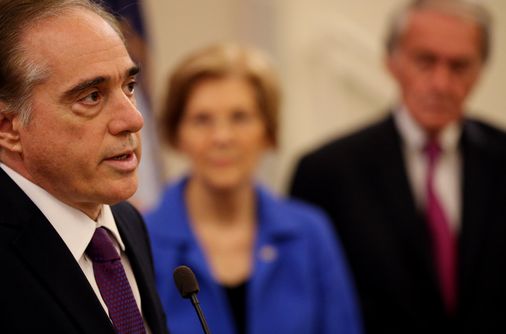 One official rated Shulkin’s chances of being pushed out in the next day or two at ‘‘50-50.’’

All throughout the press conference today, the reporters were asking about VA Sec’y David Shulkin and when/whether he will be giving his walking papers.

His remarks about how the "optics"were not good on all that excess travel he engaged in is a big one.

T has said there will be some more departures…any thoughts?
But what about these others…?

And now who else?

Gen Kelly - Because ultimately T will not be controlled?
Mueller - Well, always on the table for T, and he does not like being controlled by this ‘witch hunt.’ But does mean a fast track to some sort of proceedings against T perhaps.

A lot of WTF for sure…least of which is Bolton’s appointment. Major WTF. Another prominent lawyer declines offer to represent Trump in Russia...

Dan K. Webb, a former U.S. attorney for Illinois and a corporate and white collar defense lawyer for the firm Winston and Strawn, was recently contacted by the president’s team.

But wait a minute. Trump just tweeted yesterday, “Many lawyers and top law firms want to represent me in the Russia case…”

It doesn’t really matter if they opted not to join him because he has all of these other attorneys just dying to work at the WH. I missed the name of the lawyer who was being interviewed on CNN tonight and he was asked about this. He agreed that there are probably a lot of second rate lawyers across the nation who would love that kind of exposure. You just have to wonder if those are the guys that the POTUS would want to represent him.

I often wonder if going to work for Trump feels like selling your soul. You know it’s going to be thankless, that he’ll order you around and never listen to your advice, if you piss him off, you’re likely to hear about it via twitter, and there’s not that much job security if you ever say or do anything that is perceived as disloyal. Why would anybody knowingly want to take that on? And if he’s actually ensnared in all of these Russian deals and might be beholden to Putin, or at least not willing to criticize Putin, why would an attorney want to represent somebody who has a pretty high likelihood of being found guilty of some illegal activity, criminal or otherwise? Having Trump on your list of clients would be more of a liability than an asset to a good attorney, IMHO. But I’m sure somebody will step forward to take the job.

Here’s the latest on Elliott Broidy, RNC Deputy National Finance Chairman. This covers some of the multi-million dollar pay-to-play schemes he was running while he was vice chairman of finance on Trump’s inauguration committee. 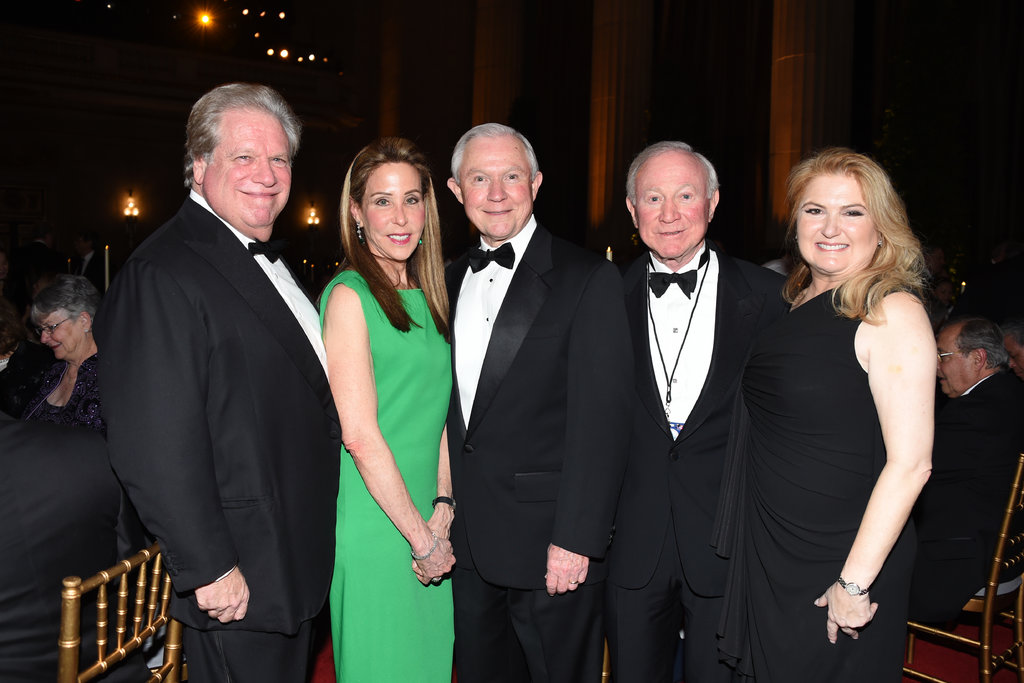 The fund-raiser, Elliott Broidy, suggested to prospective clients of his security firm, including some with unsavory records, that he could arrange meetings with the president or his associates.

And here’s a sampling of some of his other shenanigans.

Aside from sheer loyalty, the one hitch for other lawyers who might consider working for him would be getting paid. T’S reputation as a skin flint, miser over not paying people has curtailed any potential lawyers from joining him. That was mentioned a LOT today in the news commentary as well as the fact that T lies, and no lawyer could stand for his double dealing.

T’s style and substance has caught up with him.

But if he could bluff his way out of it, by using his Fox n co mouthpieces, he may stay afloat. Or buy some time…can he avoid Mueller’s request for his testimony?

But getting decent legal help is a big hurdle I would say…yes, thankless, unnerving, and positively no win for any takers.

I find this very disturbing…

A question about US citizenship on 2020 census will massively depress responses from immigrants & sabotage entire census. This is huge crisis for democracy https://twitter.com/mcpli/status/978447390935015424

Those census people are relentless. I believe the rule of thumb is that they have to return to an address at least 3 times to get the info, assuming you didn’t return the mailed copy. (This was shared with me by an acquaintance who used to be a census taker). And after that, they will try to get census by proxy. In other words, they’ll start talking to neighbors or other people who might know who lives at a given address. The goal is to count everybody in the U.S. I don’t know how you pull that off online, particularly with all of the hacking and potential data breeches. I would never trust that the data online would be an accurate picture of the U.S. composition. I couldn’t find anything to support the Tweeter’s claim that it was moving online. But I do agree that it’s going to be one hot mess at this rate.

And they are looking for people who want to work for them right now!

How to Land a Job as a Census Taker

Census takers earn hourly wages for both training and fieldwork. There will be plenty of opportunities available for 2020.

I wonder about that from a space standpoint.

If they have enough acerage to store that many weapons? The design of handling facilities to store weapons like that takes a lot of acerage.

They have the space, that’s one of the ports where they decommission aircraft carriers. In fact there was talk of building a floating bridge out of the decommissioned carriers. That base is massive! 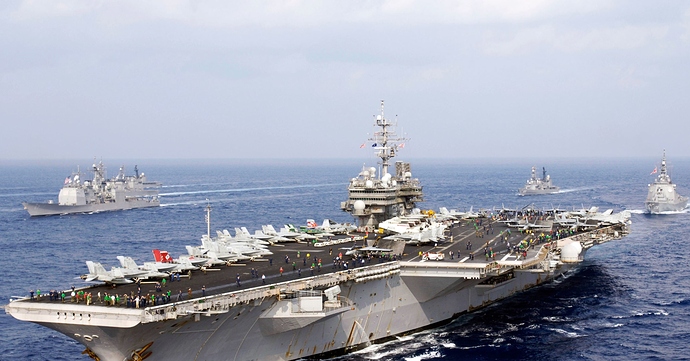 Turning Old Aircraft Carriers Into a Bridge Is a Bad Idea

It's probably doable, but not easily, and not cheaply.

don’t worry, there’s hundreds of thousands of acres in the canal and sound to store nuclear weapons. fuck the fish.

Welcome to Sea-town, home to more than just good coffee.

That’s just one of many reasons I think that most of the GOP is “dirty”.

One of my fav cities.