This article represents a crucial advancement in the public dialog surrounding the Russia investigation. For the first time, the media is putting a spotlight on the Russian connection in the recent witness tampering charges against Manafort. Until now, the media has mentioned Kilimnik’s Russian spy credentials only in passing. Instead, (at least in my opinion) they should be shouting these damning facts from the rooftops. Finally, Bloomberg tells it like it is – let’s hope more media outlets follow.

U.S. Special Counsel Robert Mueller’s latest indictment is significant beyond the new charges, in that it links senior officials on President Donald Trump’s presidential campaign to Russian intelligence in a criminal matter. . . .

It [includes] an allegation that a fixer described by the FBI as a former Russian spy, Konstantin Kilimnik, helped Manafort obstruct justice.

“This is the first indictment we have where an American and a Russian are charged together,” said Renato Mariotti, a former federal prosecutor who is now a partner at the Thompson Coburn LLP law firm in Chicago.

“This is an alleged Russian spy committing crimes with the former campaign chairman for Trump,” Mariotti said. “When people first thought of the Mueller investigation, this is what people thought would result from it.”

. . . Kilimnik directly communicated with another Trump campaign aide, Rick Gates, a month before the election in 2016, according to a legal filing by Mueller in March. The FBI assessed Kilimnik had active ties to Russia’s military intelligence service in 2016, according to the filing. [emphasis is mine – KJ]

Yes! Let’s shout this out to everyone we know!

Question - Can someone explain how this NEW section works. We are voting if you are interested in the subject and want to pursue more is it? Not sure. Thx @Pet_Proletariat @matt)

I’m not sure how you even see that section (it was supposed to be hidden for testing).

I’m not sure how you even see that section (it was supposed to be hidden for testing).

Ok, well then this is what I see on my header…and I’ve been voting! 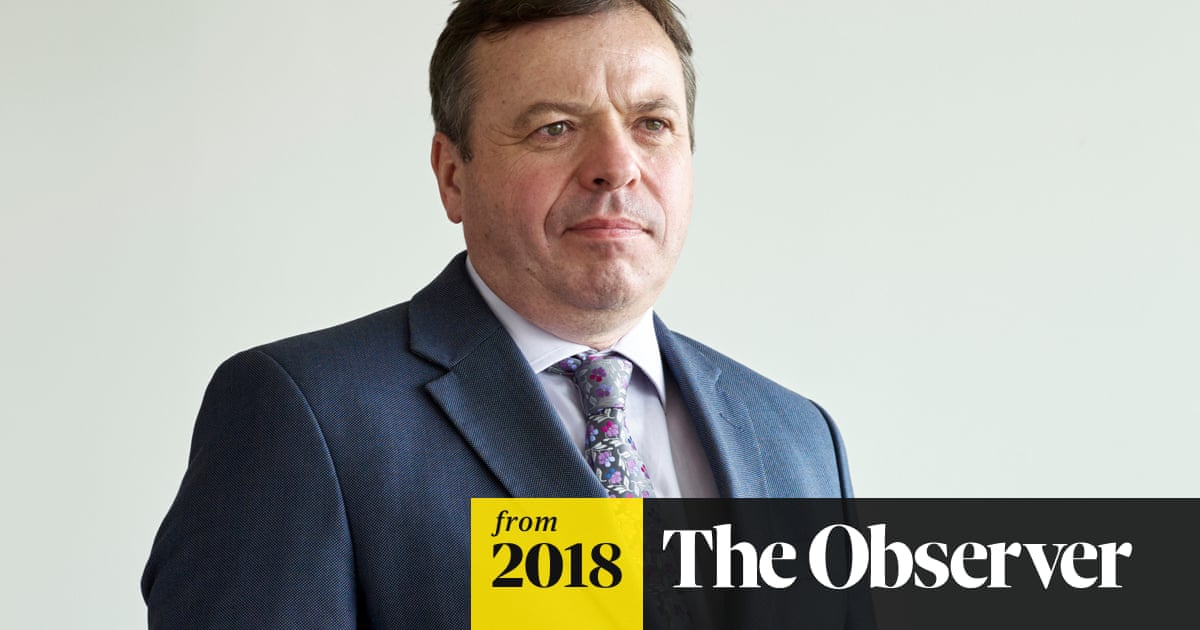 Documents seen by Observer suggest multiple meetings between 2015 and 2017

Today, The Guardian released stunning evidence of Russian interference in the Brexit vote, plus revelations that their efforts undoubtedly served as a dress rehearsal for their interference in our elections.

Arron Banks, the millionaire businessman who bankrolled Nigel Farage’s campaign to quit the EU, had multiple meetings with Russian embassy officials in the run-up to the Brexit referendum, documents seen by the Observer suggest.

Banks, who gave £12m of services to the campaign, becoming the biggest donor in UK history, has repeatedly denied any involvement with Russian officials, or that Russian money played any part in the Brexit campaign. The Observer has seen documents which a senior Tory MP says, if correct, raise urgent and troubling questions about his relationship with the Russian government.

Banks financed the Brexit campaign to the tune of £12 million – now it appears he was compensated by Russians in the form of favorable investment terms in goldmines. That investment opportunity was in the £ billions. Looks like you can make a pretty handsome return on your money for acting as a traitor.

Of greatest interest to us on this side of the pond is the last bullet which points to an effort by the Brexit campaigners to assist Russia in redirecting its election interference machine towards collusion with the Trump campaign.

(A shoutout to news sleuth @Himal for tracking down the link.

Footnote: The incident below from April 2017 isn’t mentioned in the above article, but reveals additional Russian connections to the Brexit campaign (considering Assange’s close ties to Russia): 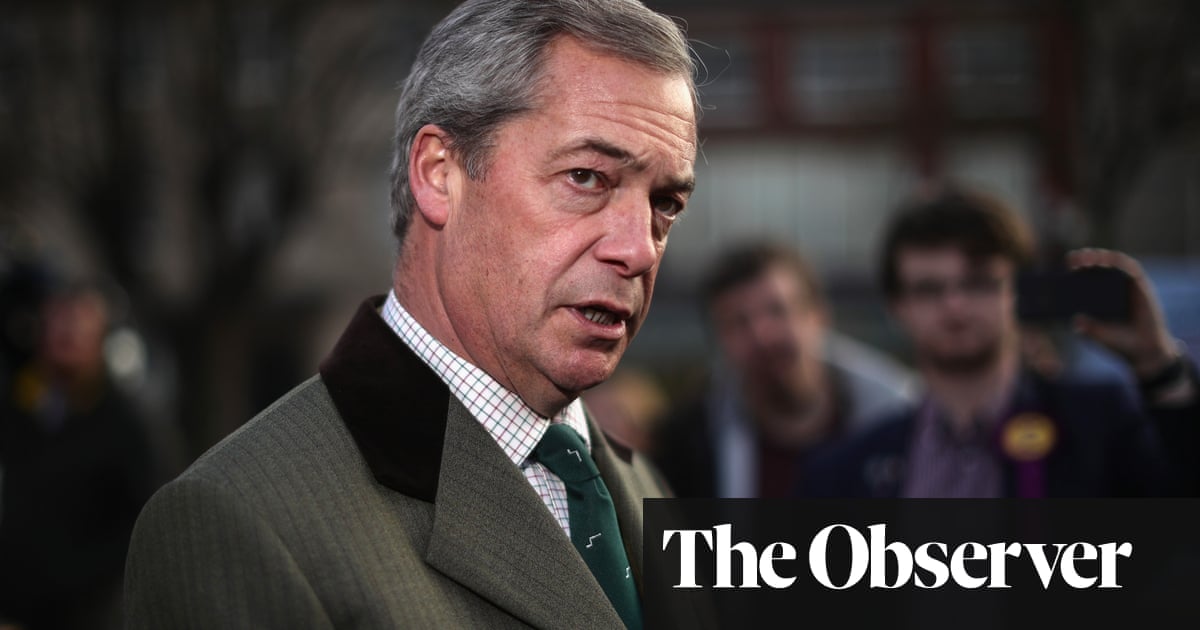 Why did Ukip’s ex-leader want to slip in unnoticed to meet the WikiLeaks chief at the Ecuadorian embassy?

And then this development from January: 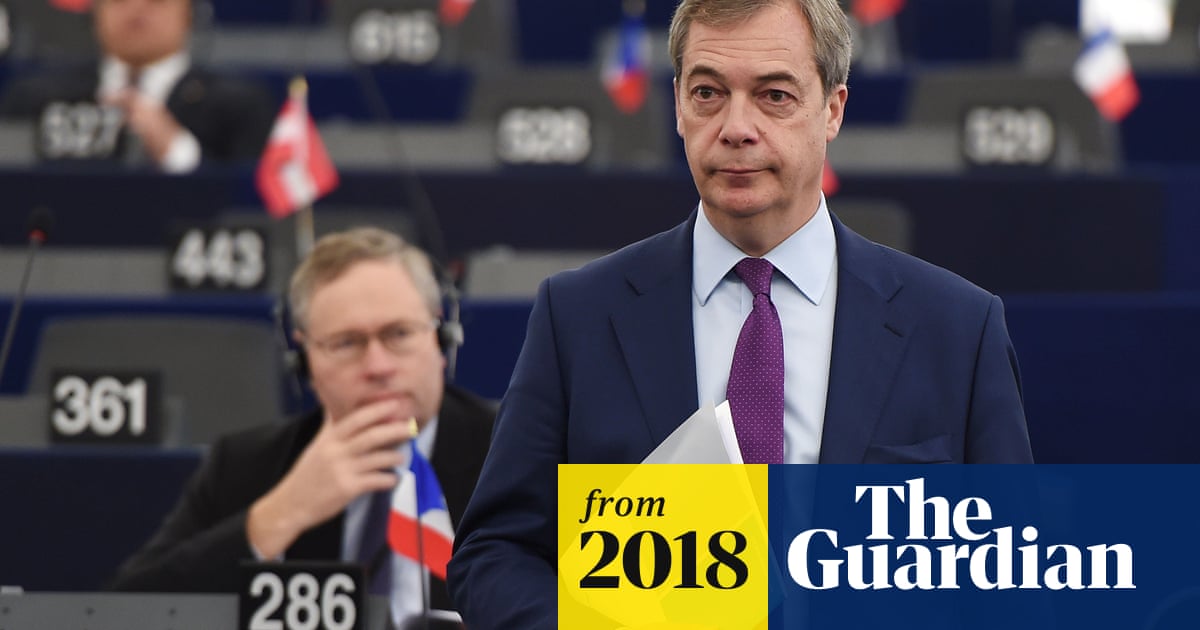 Nigel Farage campaigned in the US to support Donald Trump’s candidacy.

Thanks for highlighting this article and breaking down the significance. @Keaton_James

Always curious about how Nigel Farage crept into T’s orbit, along with Assange and his role w/ pro Brexit. Seems like no stone goes unturned with Russian’s trying to be influencers and finding others to help.

But the fact that introductions Russian contacts are being made to the T campaign is the most damning bit of information I saw.

Bank’s “The Boys of Brexit” is hitting now, so that’s why we are seeing it.

I saw it too, in The Times (of London), and will post it here.

Arron Banks, the millionaire businessman who helped fund Brexit, had three meetings with the Russian ambassador to Britain — raising explosive questions about attempts by Moscow to influence the referendum result.
Emails by Banks and his sidekick Andy Wigmore, shown to The Sunday Times, reveal an extensive web of links between Banks’s Leave.EU campaign and Russian officials.
They show they made repeated contact with officials to discuss business opportunities and issues of mutual interest throughout the referendum campaign and its aftermath.
In his book on the referendum, The Bad Boys of Brexit, and in another public statement, Banks claimed to have had only one meeting with Putin’s envoy Alexander Yakovenko, in September 2015 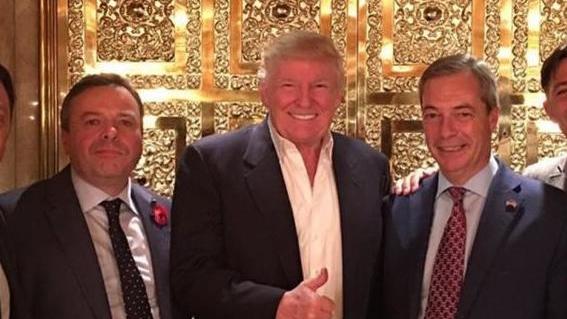 Arron Banks, the millionaire businessman who helped fund Brexit, had three meetings with the Russian ambassador to Britain — raising explosive questions about attempts by Moscow to influence the

George Soros has been under attack from the Conservatives, with the Alt-Right conspiracists have tried to link him to nazi crimes. But he is a wealthy man and has been supporting more liberal candidates, especially Hillary.

But Soros’ efforts today are to direct his money towards funding candidates who defend liberal causes. Putin has taken aim at Soros and compares what Soros is doing, to what the US feels that Putin is doing to the US.

He calls T the "ultimate narcissist, " which surprises no one.

What Soros is most concerned about is the loss of trust in institutions, and dismantling of democratic ideals. Interesting read.

Soros said he is certain in his assessment of Trump, whom he describes as a “narcissist” who “considers himself all-powerful.”

But he does not appear settled on the strategy to defeat him. Soros said he disapproves of a campaign by fellow liberal billionaire Tom Steyer to push to impeach the president, saying he would only support such an effort if Democrats retake Congress this year and gain Republican support.

For a period of time, Soros was the largest private donor in Russia, funding initiatives such as an anti-torture program, according to the foundation. Two years ago, Putin’s government effectively banned Soros’s group from distributing funds in the country, calling it “undesirable” and “a threat to the fundamentals of the constitutional system.”

Last week, Putin suggested that Soros’s spending around the world resembles the kind of political interference that U.S. intelligence officials blame on Russia.

“He intervenes in things all over the world,” Putin told Austrian television. “But the State Department will tell you that it has nothing to do with that, that this is the personal business of Mr. Soros.”
>
Elsewhere in Europe, Soros has also come under attack.

Several prominent Russians, some in President Vladimir Putin’s inner circle or high in the Russian Orthodox Church, now have been identified as having contact with National Rifle Association officials during the 2016 U.S. election campaign, according to photographs and an NRA source.

Other influential Russians who met with NRA representatives during the campaign include Dmitry Rogozin, who until last month served as a deputy prime minister overseeing Russia’s defense industry, and Sergei Rudov, head of one of Russia’s largest philanthropies, the St. Basil the Great Charitable Foundation. The foundation was launched by an ultra-nationalist ally of Russian President Putin.

The Russians talked and dined with NRA representatives, mainly in Moscow . . . [emphasis is mine – KJ]

I didn’t know you spoke French!

Things are breaking so fast, it’s hard to keep up. The dots connected here are astounding:

To be sure, these are currently “connected dots,” not a case being argued in court by one of Mueller’s prosecutors, but time will tell. And to think that a former Congressman, Curt Weldon, may have known all about this – we shall see.