1/ Michael Cohen entered into a plea agreement with federal prosecutors in the Southern District of New York in connection with the investigation into bank fraud, tax fraud and campaign finance violations. While Cohen is not expected to cooperate with the government, any cooperation agreement would likely extend to Robert Mueller's investigation. This story is developing… (NBC News / ABC News / CNN / CNBC / Washington Post / New York Times / Wall Street Journal)

The publisher of a website that serves as a platform for white nationalism was a guest last weekend at the home of President Trump’s top economic adviser, Larry Kudlow.

Peter Brimelow attended the gathering, a birthday bash for Kudlow, one day after a White House speechwriter was dismissed in the wake of revelations that he had spoken alongside Brimelow on a 2016 panel.

Brimelow, 70, was once a well-connected figure in mainstream conservative circles, writing for Dow Jones and National Review. But over the past two decades, he has become a zealous promoter of white-identity politics on Vdare .com, the anti-immigration website that he founded in 1999.

Rep. Duncan Hunter and his wife, Margaret, were indicted Tuesday on charges related to the misuse of $250,000 worth of campaign funds for personal expenses and the filing of false campaign finance records.

The charges of wire fraud, falsifying records, campaign finance violations and conspiracy were the culmination of a Department of Justice investigation that has stretched for more than a year, during which the Republican congressman from California has maintained his innocence.

The Justice Department said the Hunters are scheduled to be arraigned Thursday morning in federal court in San Diego. 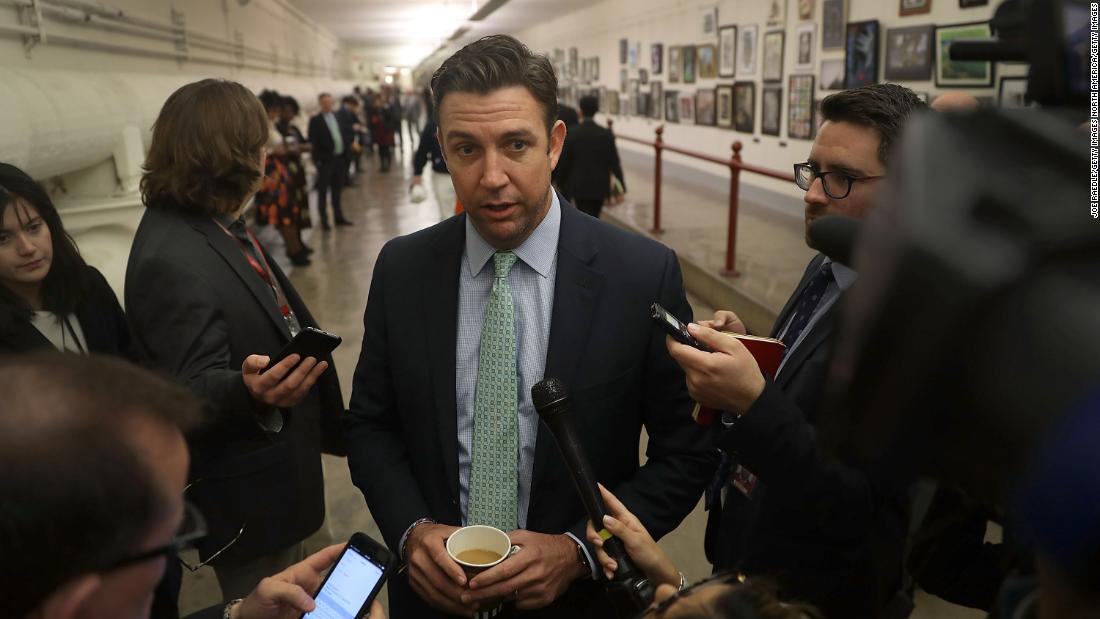 Rep. Duncan Hunter and his wife indicted in use of campaign funds for... 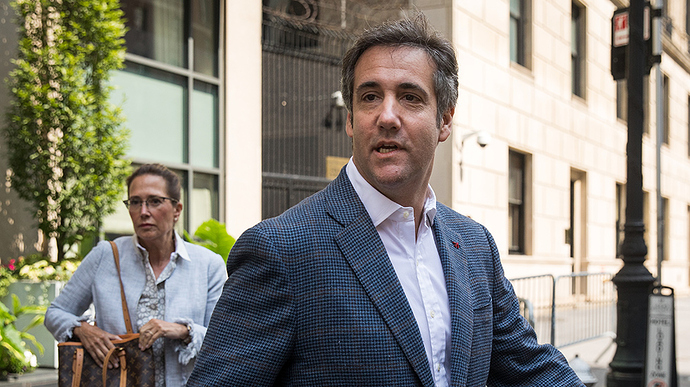 Lanny Davis: Cohen 'more than happy' to tell Mueller 'all that he knows'

Michael Cohen's attorney on Tuesday night said his client had knowledge that would be "of interest" to Robert Mueller and would be willing to tell the special counsel “all that he knows."

Tonight, Rachel Maddow interviewed Lanny Davis, one of Cohen’s lawyers. His comments (which are layed out in this article from The Hill) really gave me hope. If you have access to Maddow’s show, I highly recommend watching the entire interview. As an alternative, there’s a brief clip in this article (about halfway down) that contains some of Davis’ most important statements. It sounds like Cohen knows a lot about the Trump Tower meeting and the DNC email hacks. He is ready and willing to share everything he knows about those two topics with the Special Counsel. And he seems to have much more to share as well.

. . . Davis said Cohen is willing to talk to the special counsel about the Trump Tower meeting, which Davis described as “the obvious possibility of a conspiracy to collude and corrupt the American democracy system.” . . .

Davis said Cohen is also willing to discuss whether Trump knew in advance about the DNC hack.

“We know [Trump] publicly cheered on [the hacking of DNC emails], but did he also have private information?” Davis said . . .

This last question is really startling. The mere fact that Davis posed it is highly provocative and strongly implies that, yes, Trump did have private information about the DNC hack – and further, it appears that Cohen can testify to that. This is not a certainty, but it feels like we’re almost there.

UPDATE: MSNBC has made this full segment available. It’s really worth watching because it will brighten your horizons:

willing to share everything he knows about those two topics with the Special Counsel. And he seems to have much more to share as well.

I agree that this is a HUUUGE step towards bringing down the president.

From what Lanny Davis said, this willingness to speak candidly is Cohen’s aim. The pundits (see MSNBC’s Maddow/O’Donnell/their lawyers/experts) also say that this first step that Cohen is taking is to establish Cohen wants to present evidence to proffer a plea deal. (I think this is correct.) What Cohen’s done so far is to lay out what Cohen knows he’s liable for - bank fraud, campaign fraud and making the president, a unindicted co-conspirator*

Apparently this Cohen deal “plea” only started to get put together about 10 days ago, and the pundits (lawyers/prosecutor types) are saying that this starting point will act as a place holder to start conversations with Cohen to really see what evidence he has on the President and others, that might eventually reduce his sentence. As Lanny Davis keeps saying, that Cohen is now liberated to say what he wants.

For Cohen, they are saying, it comes down to protecting his family. Cohen realized that T was never going to protect him, and despite Cohen putting out trial balloons for a pardon or something like that, it was never received.

And for what it’s worth, pundits are also saying we’re in the 2nd Qtr of the game. So a mini half-time VICTORY DANCE may be in order!

Oh, we are working our way into the conspiracy section of this Mueller investigation. Tuesday was just proof that they players in this game, were extremely close to T.

In the span of an hour Tuesday, two people close to President Trump in the 2016 campaign who have been ensnared in legal troubles were found guilty in separate courts.

And with that, Trump’s already questionable attacks on the independent Russia investigation into election meddling took an even bigger credibility hit.

Let’s start with a direct challenge to Trump’s version of events during the campaign that Trump appears to have just lost.

With Michael Cohen's guilty plea and Paul Manafort's conviction, it's exponentially harder for Trump to argue that this is all a political witch hunt. 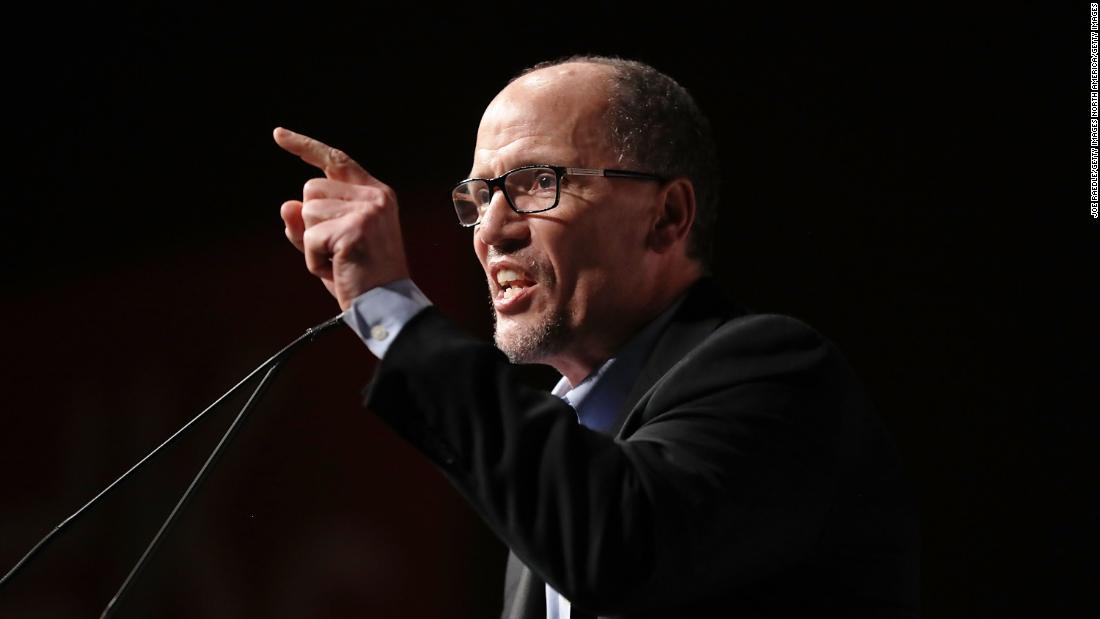 Update: The Democratic National Committee said late Wednesday that what it had earlier feared was the beginning of a sophisticated attempt to hack into its voter database, was, in fact, an unauthorized "simulated phishing test." Read the updated...

CORRECTION - This story, which elicited my comments further below, has been updated by CNN. I’m glad to hear that this turned out to be a false alarm, but considering all of the other hacking activity we have seen and the reports by our national intelligence agencies, I stand by the spirit of my remarks – at the same time acknowledging the importance of sticking to the facts.

(CNN) Update: The Democratic National Committee said late Wednesday that what it had earlier feared was the beginning of a sophisticated attempt to hack into its voter database, was, in fact, an unauthorized “simulated phishing test.” Read the updated story here.

My comments made when the story was first released, prior to the above correction:

When is this administration going to mobilize a concerted, coordinated effort to shield our election systems from these relentless attacks? We need proactive measures, not reactive ones. Trump is silent. The Republican party is silent. There is currently no coordination between our various agencies, states, and municipalities. And these attacks are only going to get worse – they will become more frequent and more sophisticated.

The two officials said hackers had set up a fake D.N.C. login page that mimicked the political party’s real website, in order to gather the names, passwords and other credentials of those using the voter database. The hackers also sent emails to people within the D.N.C. to try and trick them into using the fake login page, a tactic known as “spearphishing,” the officials said. 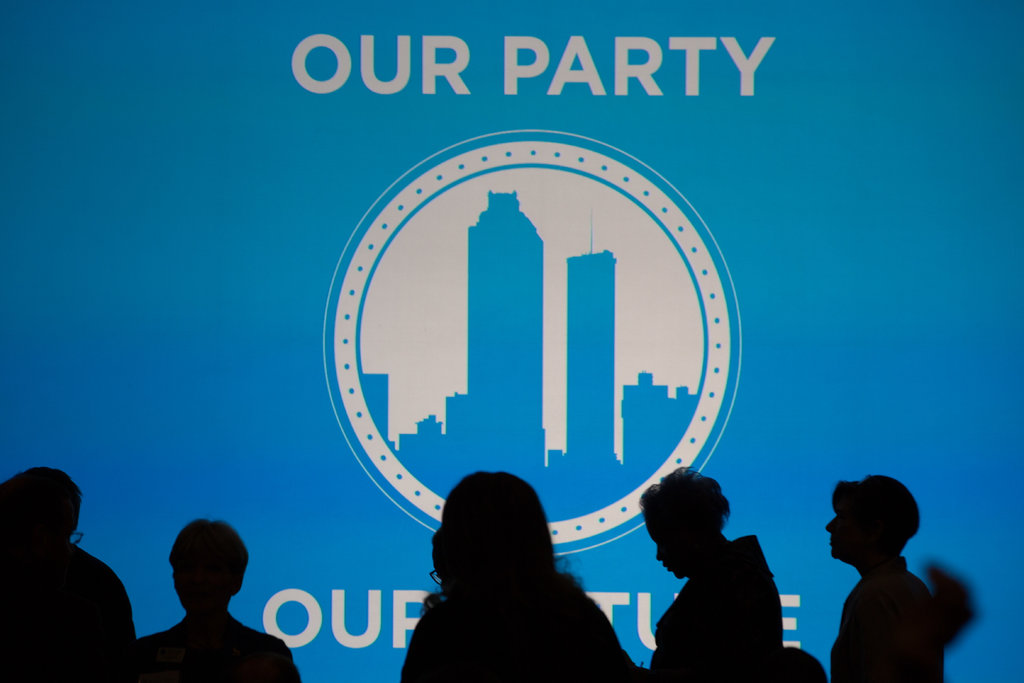 The Democratic National Committee contacted the F.B.I. this week about a fake login page that could harvest passwords and other credentials.

A banner day for those surrounding T. Hunter was an early supporter of T.