1/ Rick Gates requested proposals in 2016 from an Israeli company to create fake online identities and use social media manipulation to gather intelligence in order to defeat Republican primary race opponents, as well as Hillary Clinton. Gates joined the Trump campaign along with Paul Manafort. Both have been indicted on multiple charges of financial fraud and tax evasion. One proposal from the company, known as Psy-Group, called for the creation of fake online personas to target and persuade 5,000 delegates to the 2016 Republican National Convention by attacking Ted Cruz. Another called for opposition research and "complementary intelligence activities" aimed at Clinton and her close allies. There is no evidence that the Trump campaign acted on the proposals, but Psy-Group's owner Joel Zamel did meet with Trump Jr. in August 2016. (New York Times)

Rick Gates requested proposals in 2016 from an Israeli company to create fake online identities and use social media to manipulate and influence the election.

Here’s a response from Rep Rick Swalwell who is on the Democratic side of the Congressional Intelligence Committee (which Nunes R-CA chairs) The fact that Rep Swalwell has seen a LOT of evidence that yes, Russian was involved in election hacking, the T team is involved and here we see Gates part of the T campaign and T transition team. Swalwell is also concerned that some evidence is not being called in (subpoenaed or removed at Nunes hands). Keep exposing this stuff, there is surely going to be a break in all of it. #MuellerTime

Say what you will…but this looks like a good thing.

Tennessee experienced a spike in voter registration after Taylor Swift endorsed Democratic candidates in the state on Instagram. Over 2,000 people registered in the 36 hours after she posted her endorsements. By contrast, only 2,811 people registered throughout the month of September, and less than 1,000 signed up in August. Nationwide, with registration deadlines looming, 65,000 new voters registered in the 24 hours following Swift’s post on one voter registration platform alone. Yadda yadda yadda correlation doesn’t equal causation, but Taylor should endorse more candidates ¯_(ツ)_/¯ 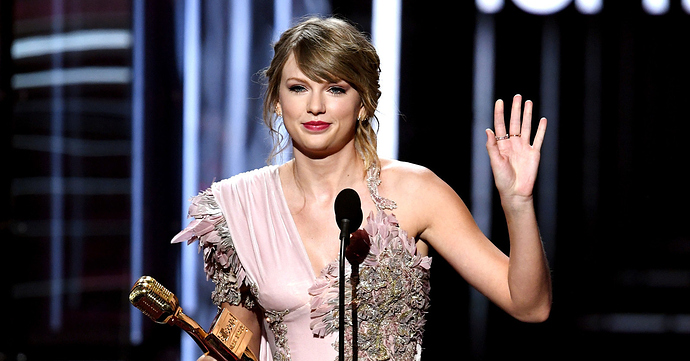 The singer waded into politics on Sunday with a social media post encouraging her fans to register to vote before it was too late.

The identity of the second alleged assassin in the U.K. Skripal poisoning is now known. Turns out he’s a Russian military doctor. That certainly fits the M.O. of a team assigned by the GRU to poison someone. It makes sense to have a medical expert along who would know the proper protocols for dealing with a deadly military nerve agent (dosages, safe handling, etc.) and would know what to do if there was a problem (a leak, etc.). 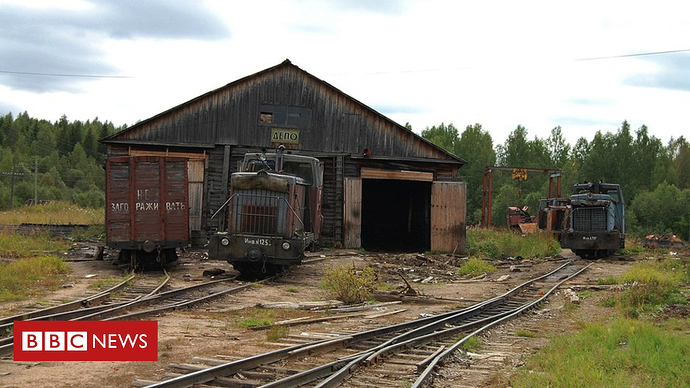 And this is sad to hear – Mishkin’s grandmother had inadvertently helped unmask his true identity by bragging about him and showing around his photo when he received an award from Putin a few years ago (not surprisingly, his partner in th assassination attempt also received the same award). Now the grandmother, in her 90’s has gone missing. Let’s hope she’s just trying to hide out from media coverage and that something more sinister is not afoot.

The grandmother of Alexander Mishkin, whose identity was first disclosed by the Telegraph, vanished three days ago following reports that his real name was about to be revealed.

Mishkin, 39, a senior member of the GRU, Russian military intelligence, was given the Hero of the Russian Federation by Mr Putin at a ceremony in autumn 2014.

Nina Mishkina, now in her 90s, proudly showed to friends a photograph of her grandson shaking hands with the Russian president at the event. . . .

Chepiga [the other alleged assassin] had also received the same Hero of the Russian Federation, suggesting both men were known to Mr Putin, who previously insisted the men were civilians.

In fact they are both senior members of the GRU, the Russian military intelligence unit behind the nerve agent attack on Sergei Skripal and his daughter Yulia in Salisbury in March. . . .

In Loyga, the remote village where Mishkin grew up, neighbours said his grandmother, a trained doctor, had disappeared three days ago, after Bellingcat, an investigative website working with Russia’s The Insider, announced it was about to reveal her grandson’s identity.

Another incriminating detail from this article:

It has emerged that both Mishkin and Chepiga were given brand new flats in Moscow in autumn 2014 shortly after Mr Putin bestowed the honours upon them. Mishkin’s flat, according to the investigative website Bellingcat, was worth £350,000 and Chepiga’s £430,000.

Further to the above on the “Swift” effect - it’s being reported over here too:

“One thing is clear, we’re seeing a massive surge in the 18-24 and 25-29 voters, which is her fan demographic. The 18-24 number almost doubled overnight,” Guthrie said. “Taylor Swift’s visibility on this issue is driving a lot of coverage of voter registration and it’s reaching many of her fans who would not otherwise be following news like this.”

Vote.org also saw a definite jump in traffic in the wake of her Instagram post. The site typically has 14,078 average daily visitors, Guthrie said. In the 24 hours after Swift’s post - which specifically mentioned Vote.org - the site had 155,940 visitors. 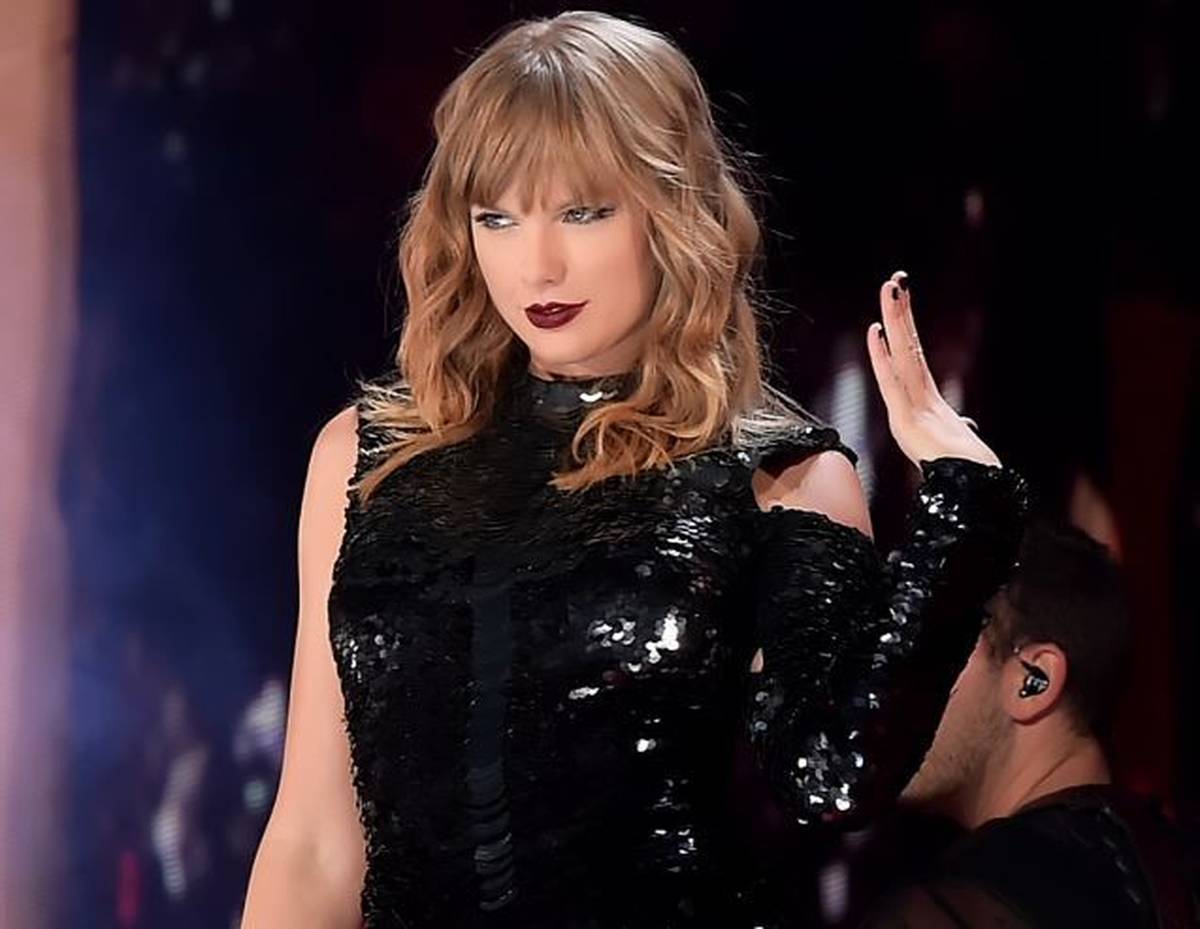 Nearly 170,000 people registered to vote thanks to Taylor Swift speaking out.

Descriptions of what the R’s characterize as citizen protests as “mob rule,” has created more restrictions on where those protesters can well, protest.

President Trump has a record of attacking the rights of protesters, from suggesting that protest be illegal to praising dictators who crush any kind of dissent.

Now, the Trump administration proposes Link to Nat’l Park Svc Changes to dramatically limit the right to demonstrate near the White House and on the National Mall, including in ways that would violate court orders that have stood for decades. The proposal would close 80 percent of the White House sidewalk, put new limits on spontaneous demonstrations, and open the door to charging fees for protesting. 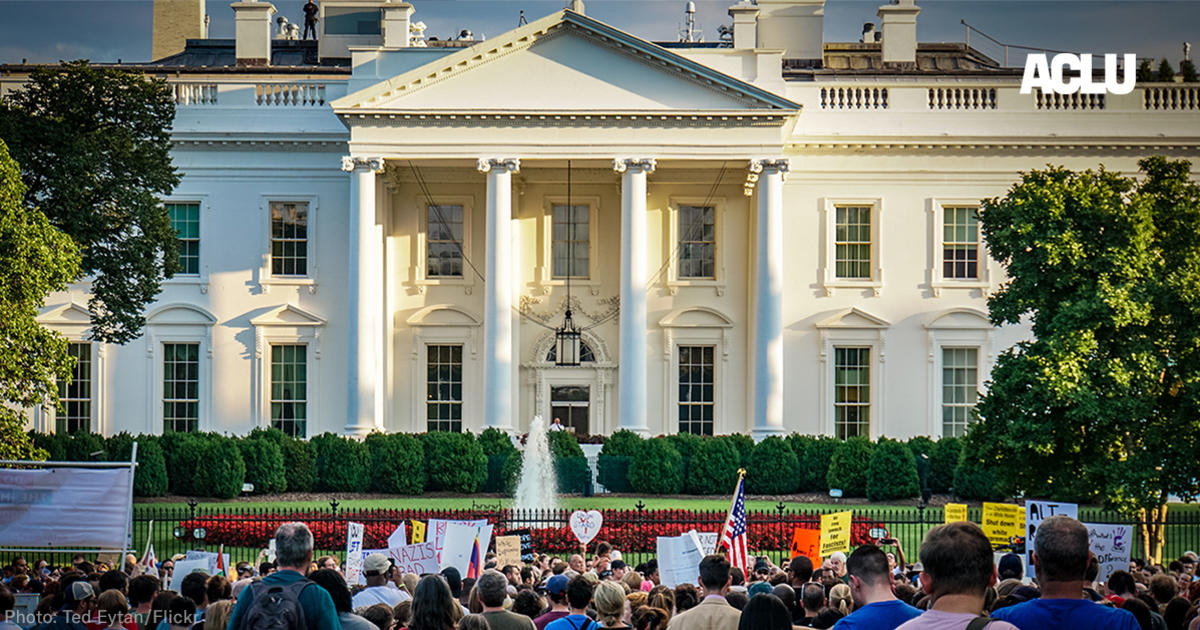 Trump Administration Seeks to Stifle Protests Near White House and on...

UPDATE: On October 28, 2019, after receiving over 100,000 comments from the public, the Trump administration backed down from its efforts to stifle protests near the White House and on the National

They have encouraged mob rule,” Charles E. Grassley (R-Iowa) said on the Senate floor Friday. Sen. Orrin G. Hatch (R-Utah) said there was “a paid mob trying to prevent senators from doing the will of their constituents,” while Sen. Marco Rubio (R-Fla.) wondered on Twitter: “Imagine the coverage on cable news if an angry mob of conservatives stormed the steps of the Supreme Court building.”

Senate Majority Leader Mitch McConnell (R-Ky.) touted: “We stood up to the mob.” ‘An angry mob’: Republicans work to recast Democratic protests as...

To take attention from an unpopular president, a shift in focus to Democratic tactics against Supreme Court Justice Brett M. Kavanaugh 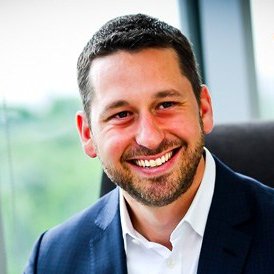 Have covered a lot of Trump rallies, but never seen press pen as locked down as it is here in Council Bluffs. Have now been escorted to the bathrooms and yelled at by advance team for attempting to talk with Trump supporters in the crowd. 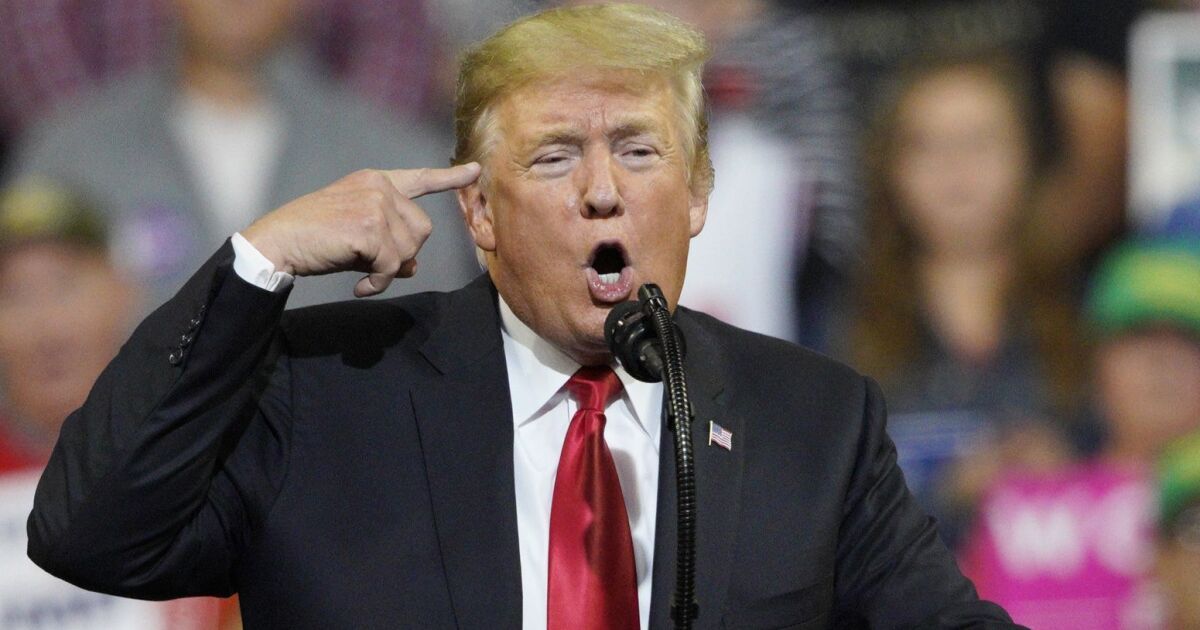 With four weeks until the midterm election, President Trump whipped up a crowd of about 9,000 supporters here, reiterating his recent claims that Democrats are an "angry mob" intent on “policies of anger, division and destruction.”

potential Russian attacks on chemical plant in the Netherlands

Wow – Thanks for this. I had no idea this kind of “mobile hacking” was going on. BTW, the video that accompanies the article is really good – the official being interviewed provides additional insight into the M.O. of these mobile Russian hacking units. It’s fascinating to see the equipment they use. The timing of their mobile attacks is especially telling. First, the GRU tries to hack a target from within Russia – if that fails, they immediately dispatch mobile units to the proximity of the target.

Here’s an interesting 3 min. video that shows the control room of a Canadian anti-hacking company. It’s encouraging to see these professionals at work, mobilized on our side. 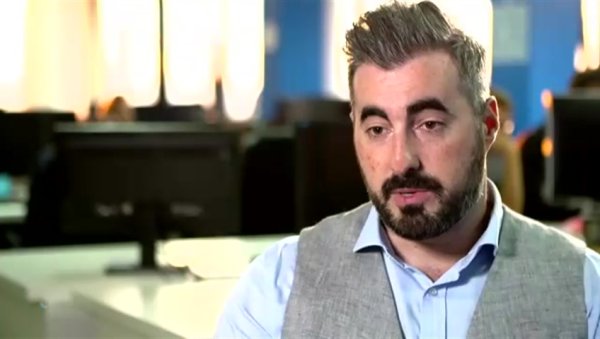 Hunting Russian hackers: Meet the Canadian on the frontlines of a cyberwar

From hacking anti-doping agencies to Hillary Clinton's presidential campaign, a flurry of recent high-profile cyberattacks has been blamed on Russians.

Exactly. It’s a strategy as old as humankind. Most simply called “Divide and Conquer”. But Vlad is not just meddling in America. For instance, there is the mess that is now the UK - following the Brexit vote. There was huge funding from Russian interests to the “Leave” campaign. There has been evidence of meddling in Germany, and the increasing strength of alt right factions throughout Europe. These are all part of the master plan. He must be hugging himself with glee.

And this…potential Russian attacks on chemical plant in the Netherlands. But is was just a routine (spy) trip.

Here’s a warning that the British are sending our way…they were able to figure out who these two were and link them to the GRU rather quickly. But the Brits are warning us to be as vigilant as possible…

LONDON (Reuters) - Recent failings by Russian military intelligence (GRU) have made it easy to laugh at its spies but the West should not underestimate the skills of the Kremlin’s once mighty espionage services, Britain’s Security Minister said on Tuesday.

The West has accused Russia’s military intelligence agency of running what it described as a global hacking campaign, targeting institutions from sports anti-doping bodies to a nuclear power company and the chemical weapons watchdog.

“It’s easy to laugh at some of the GRU’s poor tradecraft and their ability, but we should not underestimate them, nor indeed the dangerous and reckless use of nerve agent on our streets,” the minister, Ben Wallace, told a security conference. 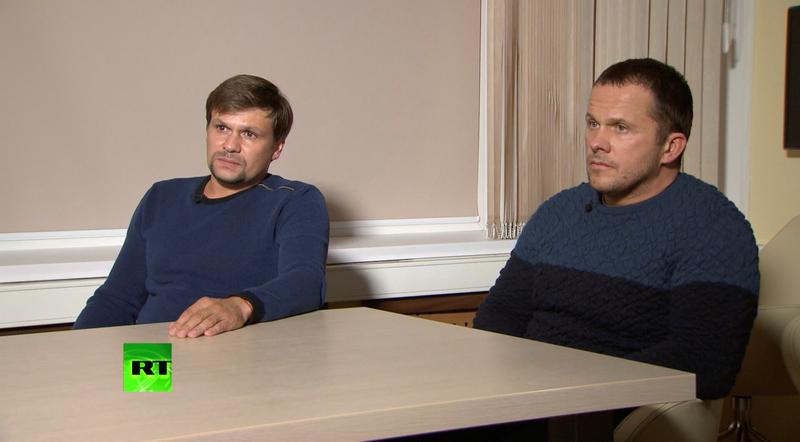 Recent failings by Russian military intelligence (GRU) have made it easy to laugh at its spies but the West should not underestimate the skills of the Kremlin's once mighty espionage services, Britain's Security Minister said on Tuesday.