1/ The partial shutdown – the longest in U.S. history – ended Friday with Trump agreeing to temporarily reopen the government without money for his wall. Trump, however, is threatening to shut down the government again in less than three weeks if Congress can't reach a deal to fund the wall, because he doesn't believe negotiators will strike a deal he could accept. According to acting White House chief of staff Mick Mulvaney, Trump will secure border "with or without Congress." (New York Times / Washington Post / Wall Street Journal)

After sanctions lifted on Deripaska company, it places Trump Transition Team member on its Board

In its report, the Chicago Tribune, closes with the revelation that EN+ Group has appointed a new Board of Directors, including “Christopher Bancroft Burnham, chairman and CEO of Cambridge Global Capital LLC and former vice chairman of Deutsche Bank Asset Management.” NYT’s report also closes with a mention of Burnham, adding that he "served on Mr. Trump’s State Department transition team."

It’s certainly curious that a Trump Transition Team member wound up on this Board. And note that Burnham was also a vice chairman in the asset division of Deutsche Bank – this is the division that made millions in loans to Trump when no other bank would. Also working in asset management at Deutsche: Rosemary Vrablic, Trump’s “personal banker” – and she helped secure millions in loans for Kushner, too.

Is this merely yet another coincidence surrounding the lifting of sanctions on Deripaska’s company or is something more going on here? Republicans mustered enough votes to ensure the sanctions would be lifted. Now its time for Democrats to investigate the circumstances surrounding this windfall that Trump just handed to Putin’s close associate.

Acting attorney general Matthew G. Whitaker said Monday that he has been “fully briefed” on special counsel Robert S. Mueller III’s probe of Russian interference in the 2016 election and that, “right now, the investigation is close to being completed.”

Watch Acting Attorney General Matt Whitaker talk about the end of Mueller Probe, the first official on the record confirmation. 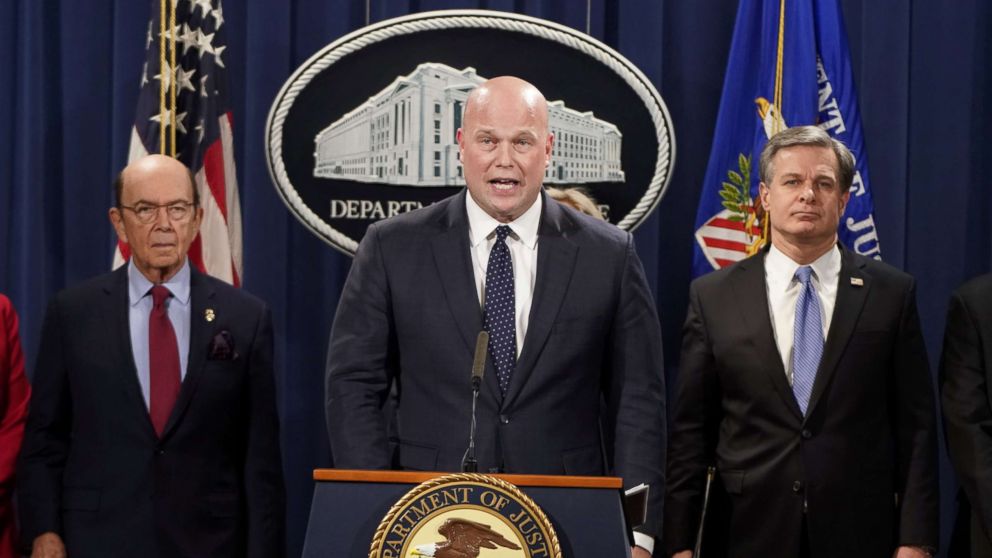 Acting Attorney General Matt Whitaker said the special counsel investigation is nearing its completion during a press conference on Monday.

He seems nervous… what do you guys think?

@matt this new section is awesome!

He seemed nervous alright. He’s out of his depth. Does Trump appoint unqualified people to prominent positions because he thinks that will hide how unqualified he himself is? It obviously isn’t working, but Trump is so clueless about how much he didn’t know, he might have thought he could fake his way through if his cabinet members knew even less than he did.

Actually, I’m nervous, too. I know there’s absolutely no point in speculating, but I can’t help but be apprehensive that the end of the investigation is being announced when there have been no indictments of Trump’s inner circle (now or formerly) – e.g. Bannon, Trump Jr., Kushner, Ivanka. Am I overreacting?