A former employer said on Twitter Mr Berkowitz was “not very impressive and needed significant hand-holding to handle even simple assignments. But Mideast peace? I’m sure he’s got this!” Another Arab states expert described him as “a glorified intern”.

The appointment “demonstrates a lack of seriousness” in the administration’s approach to the peace plan and Mr Kushner’s complete dominance over the process, former Middle East advisor to the US defence department Jasmine El-Gamal told The Telegraph. “They are not even pretending otherwise by hiring a qualified person as an envoy.”

Others have raised concerns that Mr Berkowitz, like Mr Greenblatt before him and Mr Kushner, is a Zionist Jew, which may lead to a perception of bias in any peace negotiations with Palestinian officials. Upon Mr Greenblatt’s announcement of his departure, Mr Trump thanked him for his “dedication to Israel.”

Trump called a Fox News correspondent to the Oval Office to insist that he wasn’t wrong when he claimed Hurricane Dorian could have hit Alabama .

And on top of this, Trump directed a Rear Admiral to put out a statement supporting his delusional version of events. 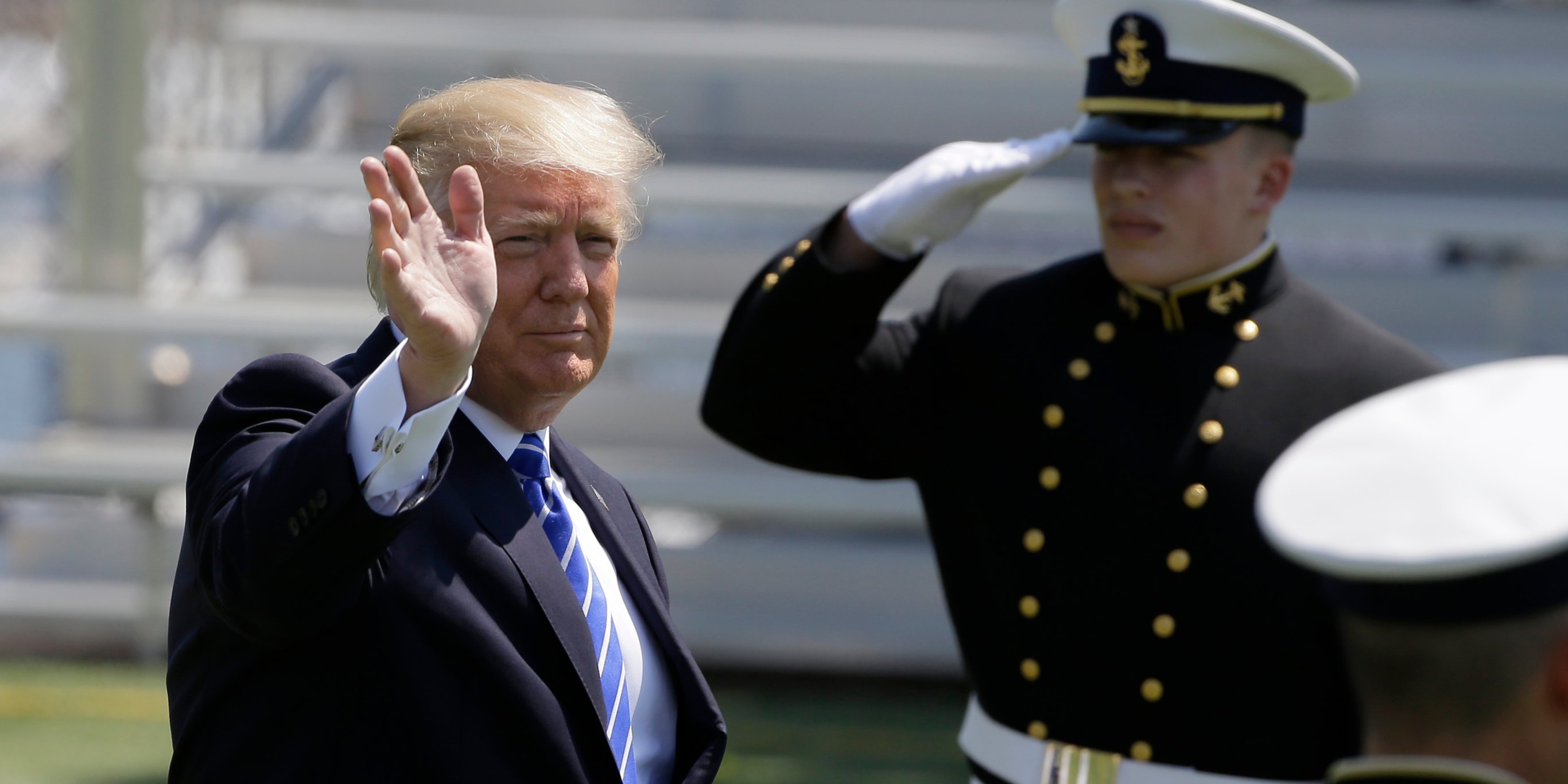 Trump reportedly told a Coast Guard admiral to give a statement defending his...

But there’s more… NOAA has now come out with a laughably misleading statement supporting Trump. No one in the agency is owning up to making this statement – it has no one’s name on it. And it is wrong, wrong, wrong as I explain below. I can only assume that, just as Trump directed Brown to make a deceitful statement, he also ordered NOAA to do the same (let’s look out for that as the news cycle progresses) – NOAA complied, but evidently Trump couldn’t persuade any individual there to sacrifice their career by supporting his lies, hence the lack of attribution. 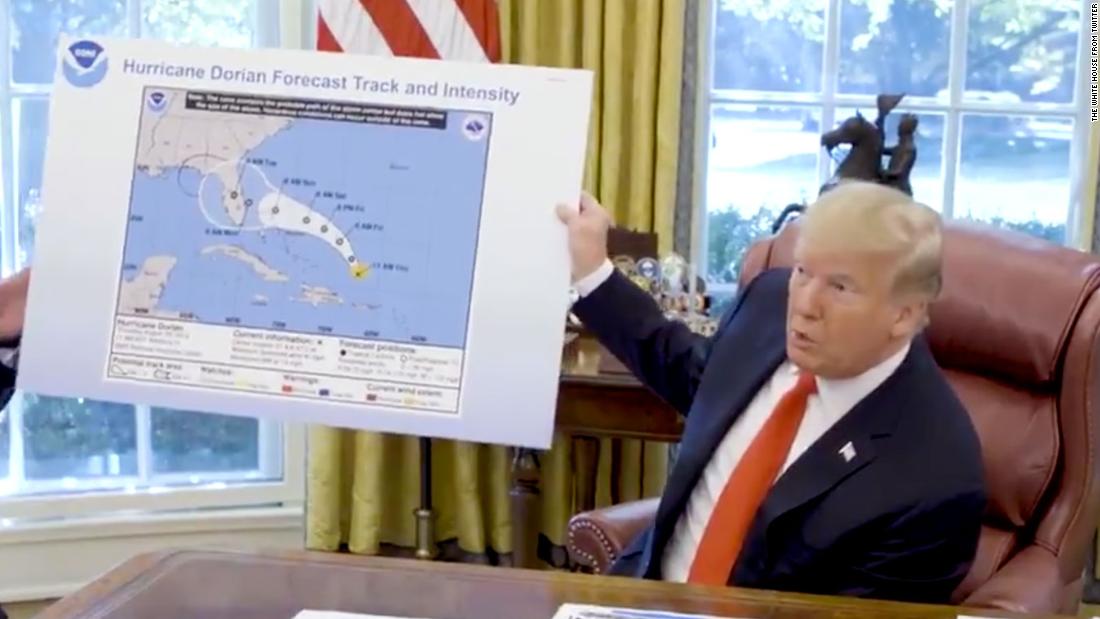 The National Oceanic and Atmospheric Administration on Friday disavowed a tweet from the National Weather Service's Birmingham, Alabama, office that had contradicted President Donald Trump's false assertion that Hurricane Dorian was likely to hit the...

Here’s the NOAA statement in its entirety:

From Wednesday, August 28, through Monday, September 2, the information provided by NOAA and the National Hurricane Center to President Trump and the wider public demonstrated that tropical-storm-force winds from Hurricane Dorian could impact Alabama. This is clearly demonstrated in Hurricane Advisories #15 through #41, which can be viewed at the following link.

The Birmingham National Weather Service’s Sunday morning tweet spoke in absolute terms that were inconsistent with probabilities from the best forecast products available at the time.

Here are the maps NOAA should have linked to when talking about hurricane forecasts. And below is a screen shot from that series of maps showing Sept. 1 at 8 AM (just before Trump’s statement). There it is in living color. Alabama is nowhere near a forecasted hurricane path. (Highlighting of Alabama is mine.)

The National Weather Service was right; Trump was wrong – and NOAA was wrong to support Trump’s lies as proved by its own maps. 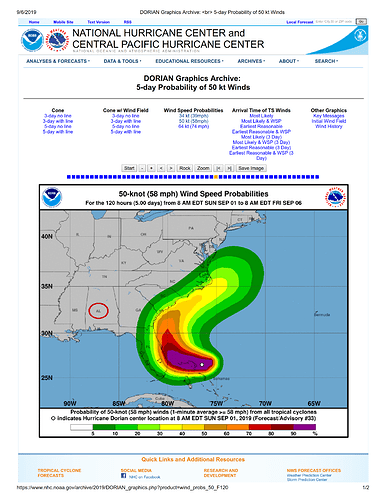 It’s very suspicious that the NOAA statement falsely supporting Trump is unsigned. (I say “falsely” because there’s no other way to describe it – see above.) Evidently, whoever wrote it is too embarrassed to have their name associated with it.

As @Windthin pointed out here, the person picked to head NOAA in the future, Barry Meyers, (nominated by Trump’s Secretary of Commerce, Wilbur Ross, but still unconfirmed) is not a scientist as previous heads of the agency were. He’s a former CEO of a private weather company and has lobbied to privatize NOAA – something that would be a disaster and something, of course, that Trump wants to do. In other words, Meyers is yet another Trump pick who will be dedicated to sabotaging the very agency he should be stewarding. From the looks of how NOAA’s reputation is being tainted by this scandal, they’ve already started down that path.

Here’s more from the WaPo on Meyers’ lack of qualifications and conflicts of interest: Some are concerned about his potential conflicts of interest and lack of science background.

It should also be noted that any statement from NOAA would have to cross the desk of Julie Kay Roberts, NOAA’s Director of Communications. And who was writing Ms. Robert’s pay checks before she came to work for NOAA? Donald J. Trump’s Inaugural Committee. It’s not like she owes the President any favors.

Correction: In a previous version of this post, I wrongly said Barry Meyers was head of NOAA. He’s not; he’s nominated for the post, but not yet confirmed. Shoutout to @Windthin for keeping me honest.

I am not certain he actually is in charge. Neil Jacobs is current acting head. But NOAA is part of the Department of Commerce, answering to Wilbur Ross, and we saw how willing he was to lie to get a gerrymandering, racist question on the 2020 census.

I am not certain he actually is in charge. Neil Jacobs is current acting head.

Ah, thanks, point well taken. I am revising my post to reflect that Meyers is not in charge of the agency, but is “on deck” so to speak.

He’s been involved in both a massive sexual harassment scandal at AccuWeather AND a coverup of AccuWeather accidentally releasing a tsunami warning.

I did a little mini-thread here: 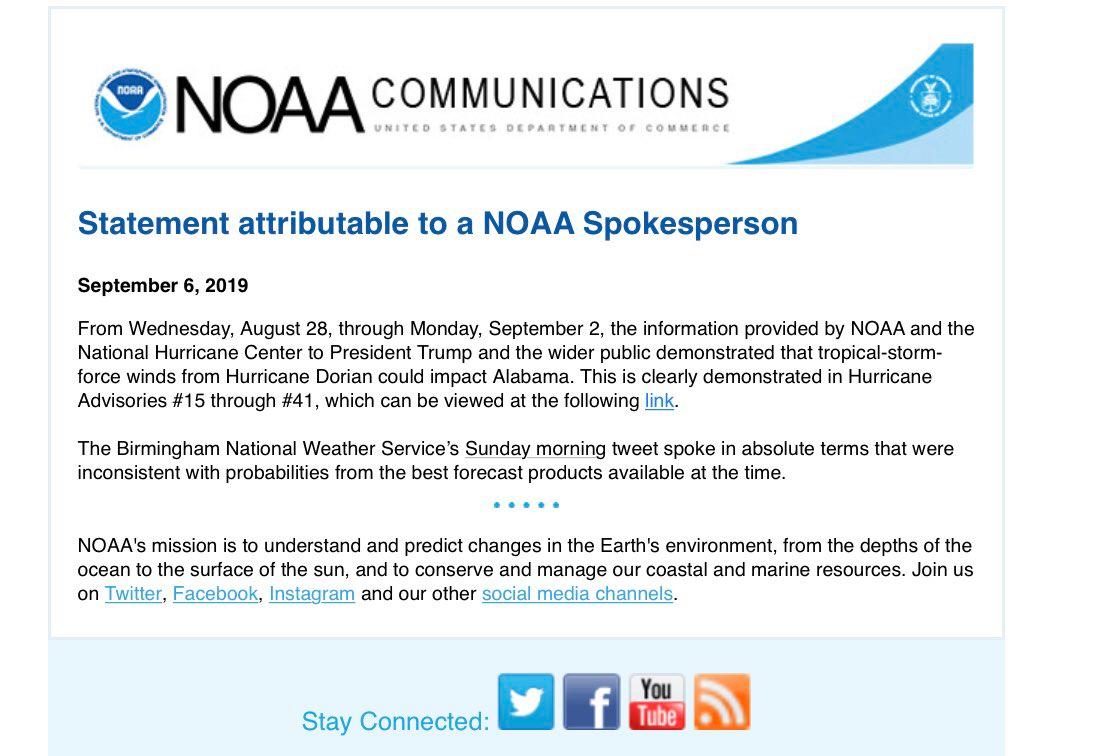 1/8 I wanted to stop talking about #sharpiegate. Then Trump forced the National Oceanic and Atmospheric Administration to back his Alabama lie. NOAA resides in the Department of Commerce, run by Wilbur Ross, who lied to add a racist, political question to the #2020Census.

Incidentally, is it me or does the NOAA logo look a LOT like the bottom of a Q here? They might as well change it, if they’re going to endorse more Trumpian conspiracies. 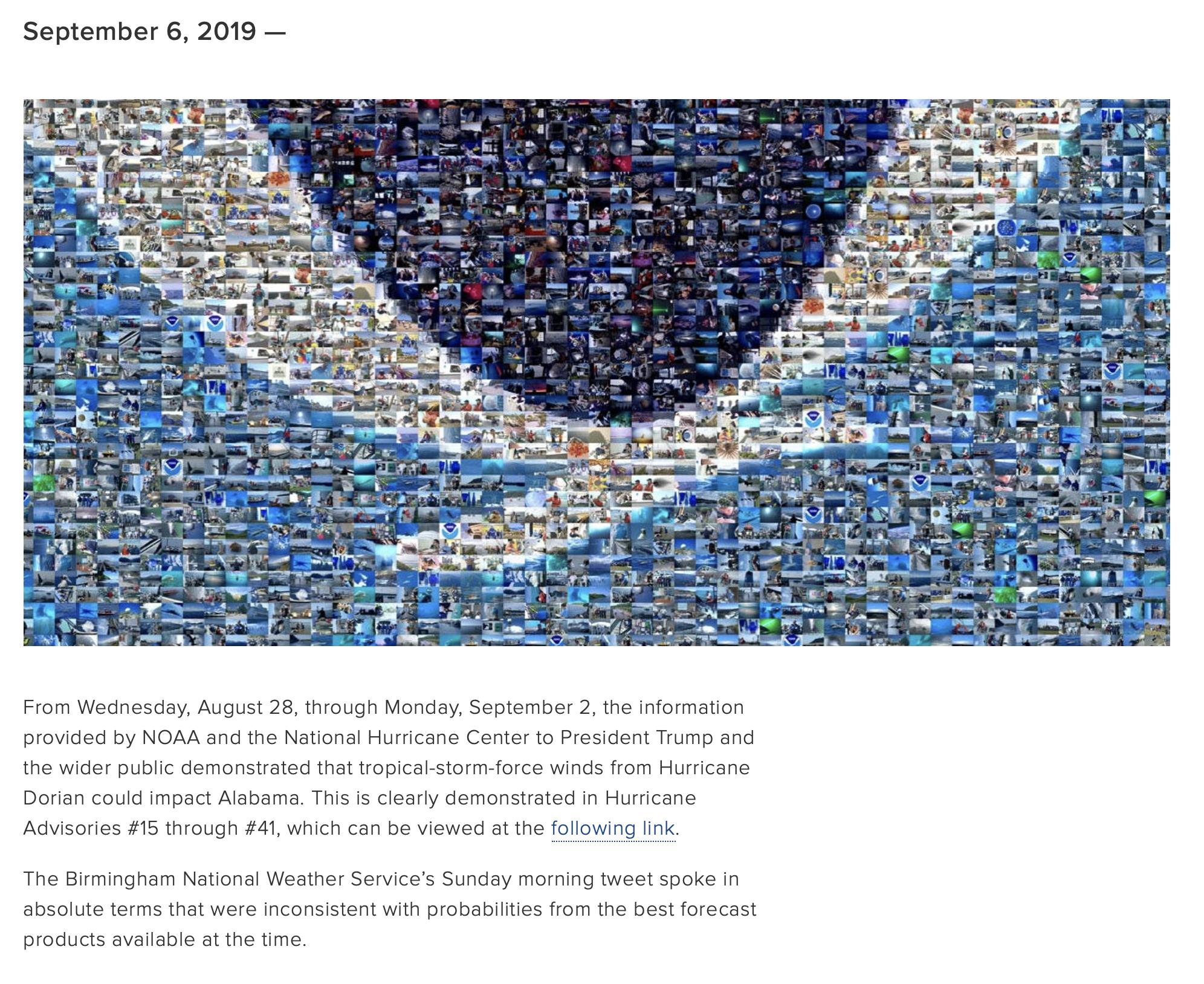