Scroll down for video 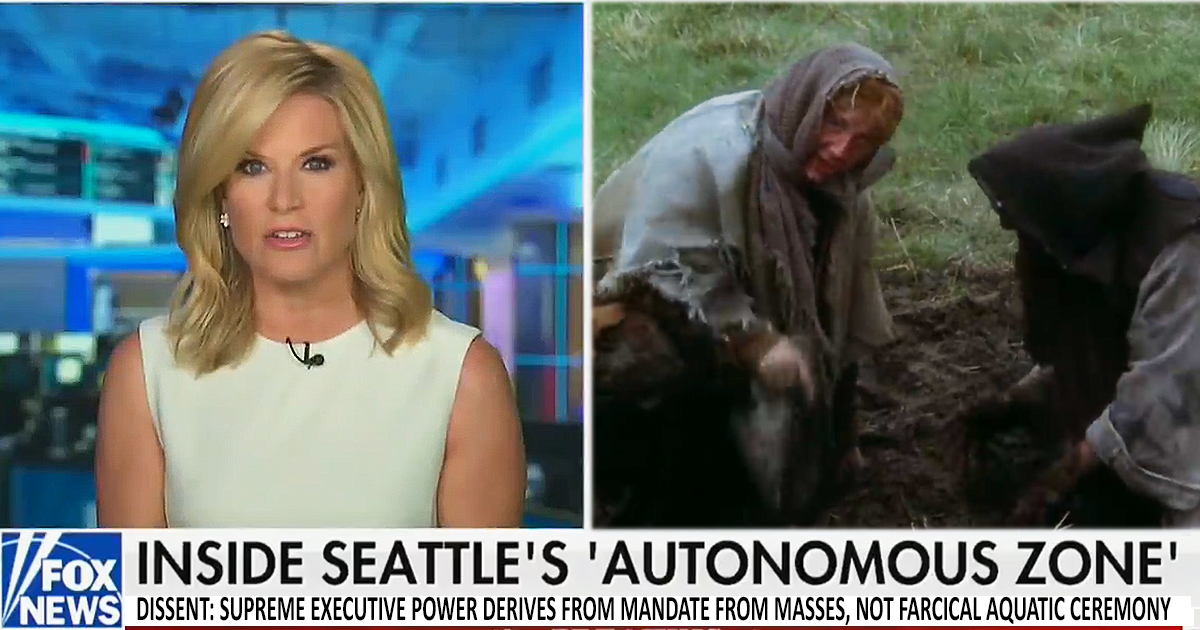 Fox hilariously mistook a parody post from Reddit as real and aired it on the network. But it was actually from a Monty Python film.

A distinct lack of culture obviously. 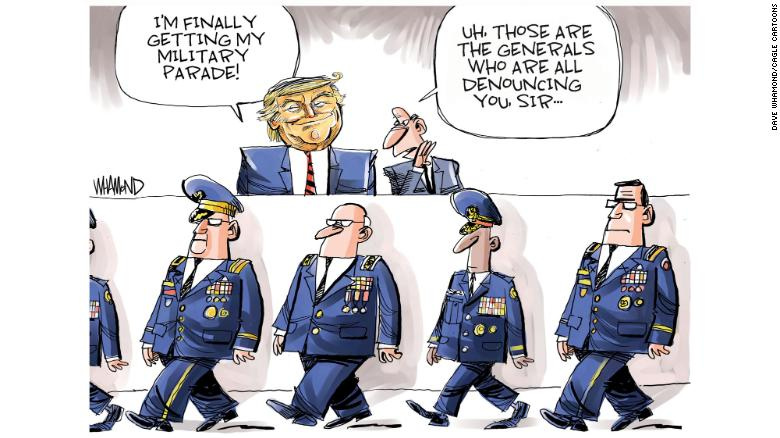 A sound of thunder… 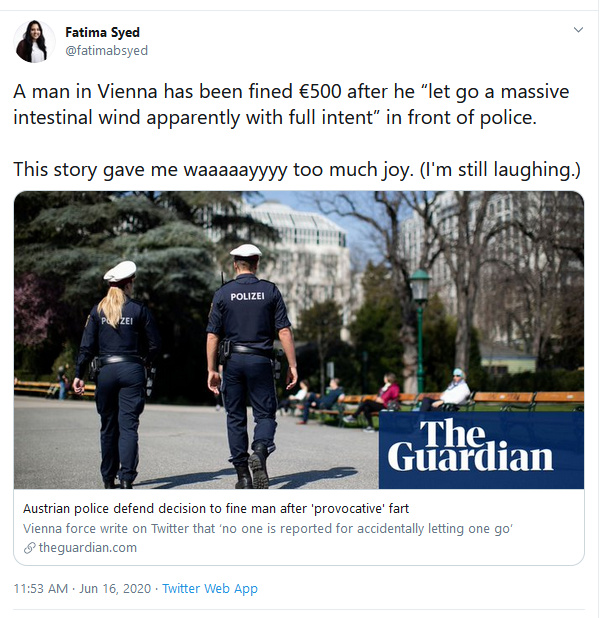 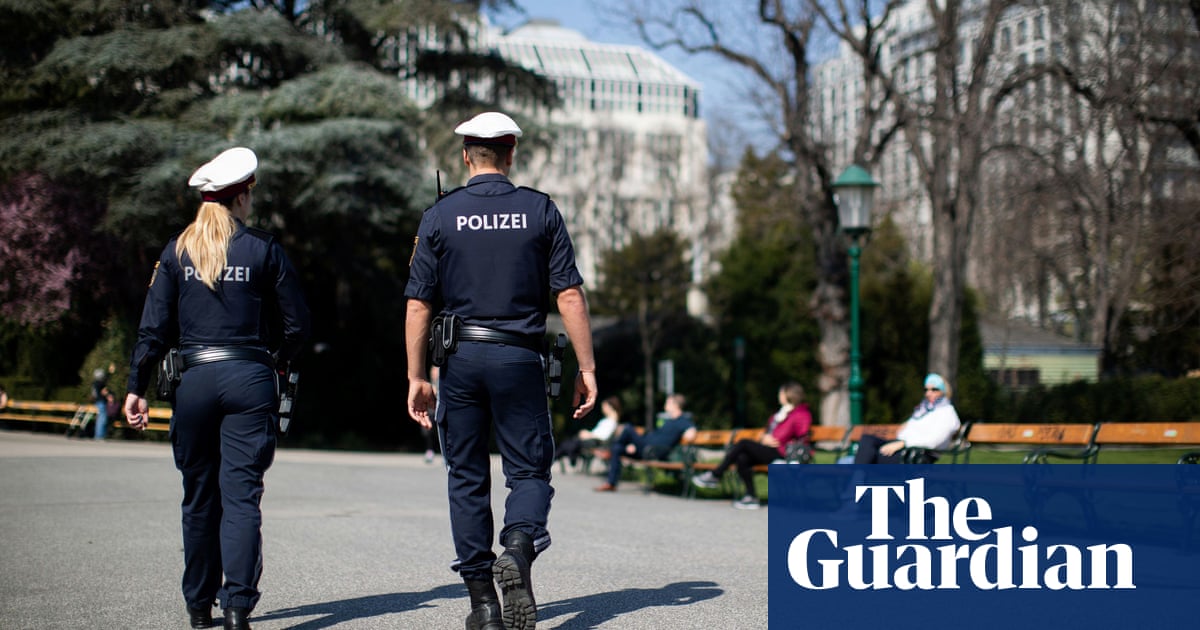 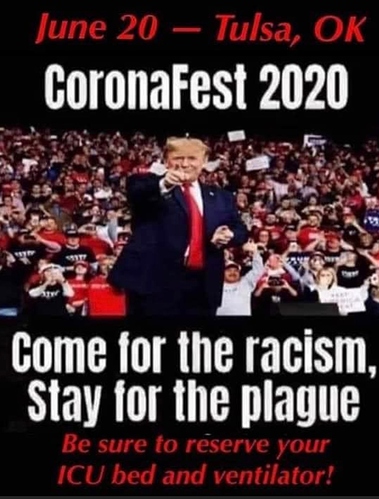 Sean Spicer’s take on this can only belong in this thread: 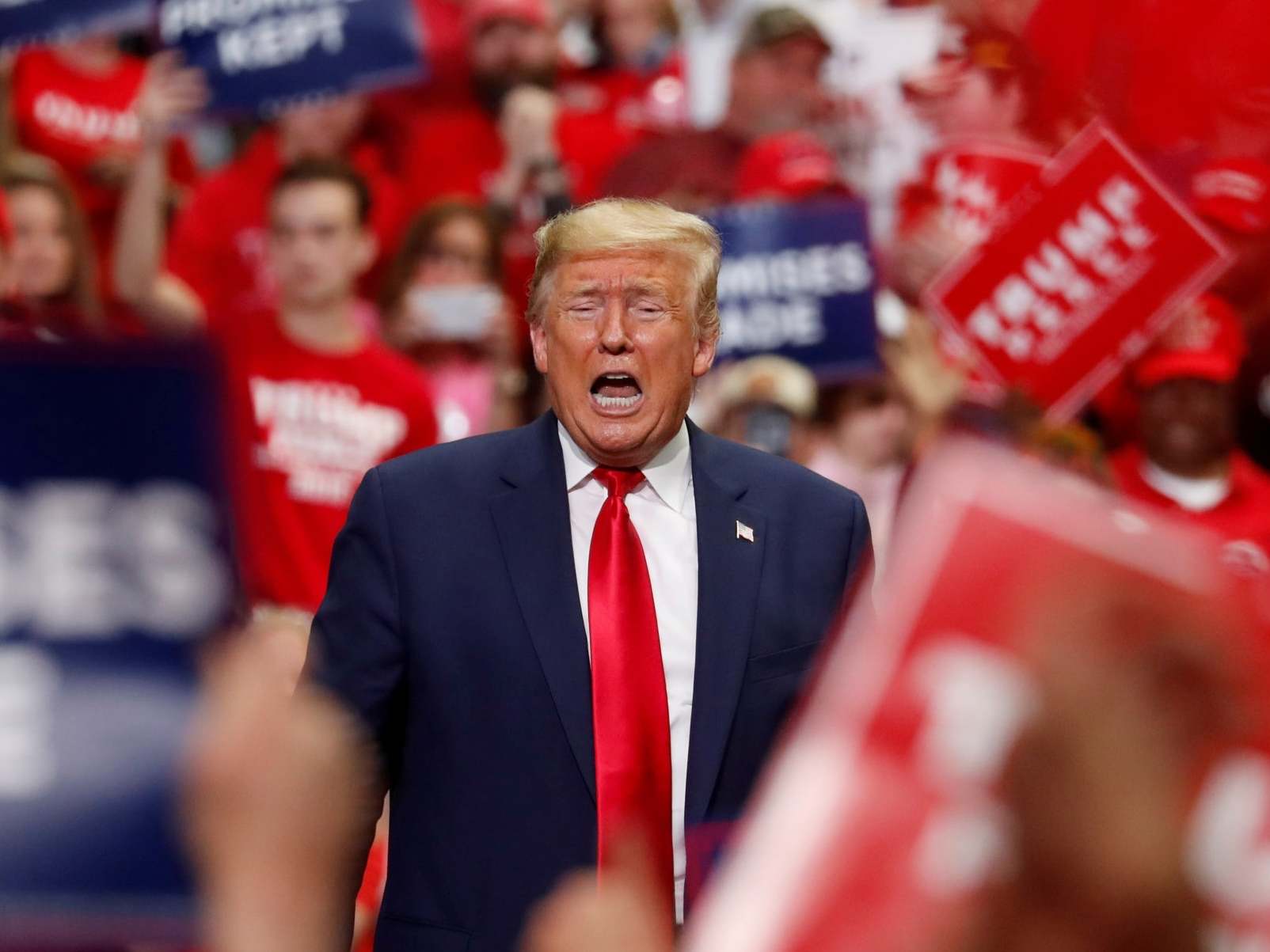 Trump trailing in polls because people don't want to admit they support him,...

Only 37% of Trump voters would want friends and family to know how they voted, according to poll

So the argument is “Trump has way more support than you know, they’re just all too ashamed to admit it”? 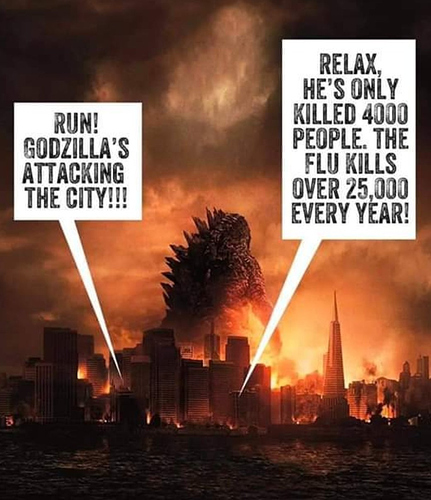 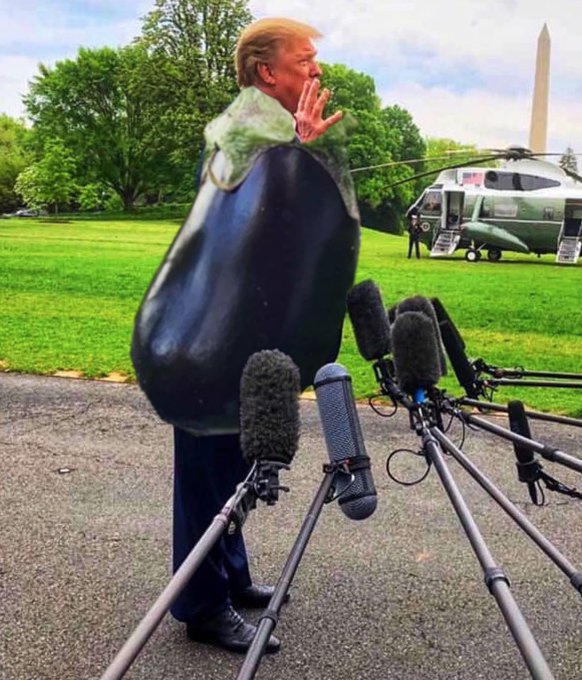 Verbal take downs as well as challenges to wrestle from this unlikely triple threat makes for amusing if not crazily impassioned pleas.

The challenge came after Perlman and Rep. Matt Gaetz (R-Fla.) got into a Twitter spat over U.S. Soccer removing a requirement to stand during the national anthem before matches, which included Perlman calling Jordan "the ugliest politician walking.”

"Listen Hellboy. You talk good game when you’ve got Hollywood makeup & stuntmen," Cruz tweeted. "But I’ll bet $10k—to the nonpolitical charity of your choice—that you couldn’t last 5 min in the wrestling ring w/ @Jim_Jordan w/o getting pinned. You up for it? Or does your publicist say too risky?"

Perlman responded with some colorful language before saying he would wrestle Cruz while offering to donate $50,000 to Black Lives Matter if he were to lose.

I tell you what teddy boy, since mentioning jim jordan and wrestling is… problematic, why don’t we say fuck him and just make it you & me. I’ll give 50k to Black Lives Matter and you can keep all the tax payer money you were thinking of spending. https://twitter.com/tedcruz/status/1272390385327837193

"You shouldn’t get to play under our flag as our national team if you won’t stand when it is raised," Gaetz added in a tweet that generated more than 175,000 likes and nearly 50,000 retweets as of Monday morning.

You shouldn’t get to play under our flag as our national team if you won’t stand when it is raised.

The US Soccer team called and you guessed it… said they couldn’t give any less of a fuck about what you two dipshits think. @realDonaldTrump @mattgaetz

Gaetz retorted by calling Perlman a “racial justice warrior” while also criticizing him for playing a fictional white supremacist on the FX series “Sons of Anarchy."

Perlman has a history of criticizing Trump on social media while supporting Democratic candidates. 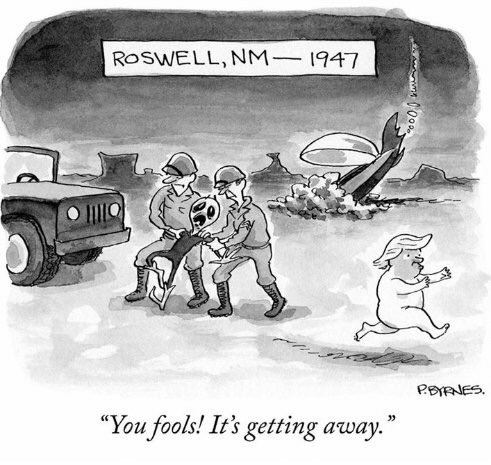 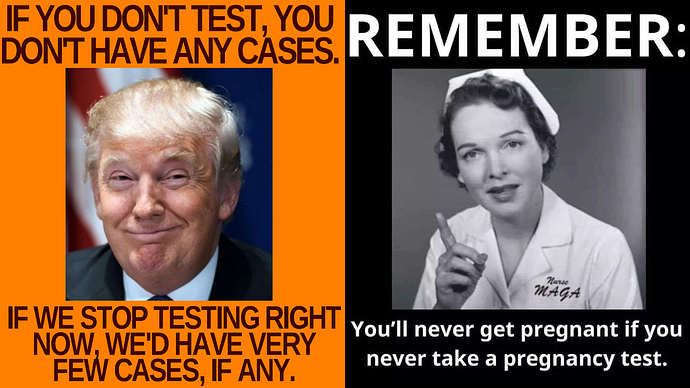 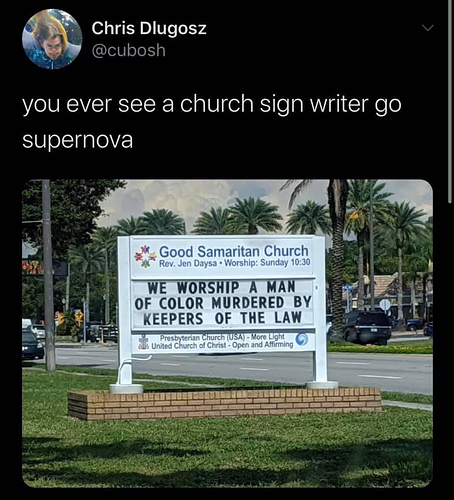 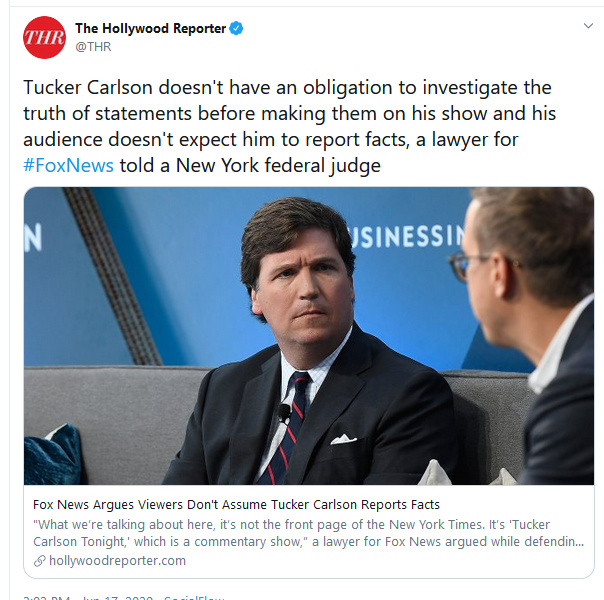 "What we’re talking about here, it’s not the front page of The New York Times. It’s ‘Tucker Carlson Tonight,’ which is a commentary show,” a lawyer for Fox News argued while defending a lawsuit from Karen McDougal.

"What we're talking about here, it’s not the front page of The New York Times. It’s 'Tucker Carlson Tonight,' which is a commentary show,” a lawyer for Fox News argued while defending a lawsuit from Karen McDougal.

A helpful info-gif:
Why “all lives matter” is racist and demeaning.

Why did Trump call him “sir

Read: “Everything that comes out of my mouth continues to be sheer hype, and you SIR are also brilliant at this BS.”

I had to look that up.
Analysis: The word ‘sir’ is a telltale sign Trump is being dishonest 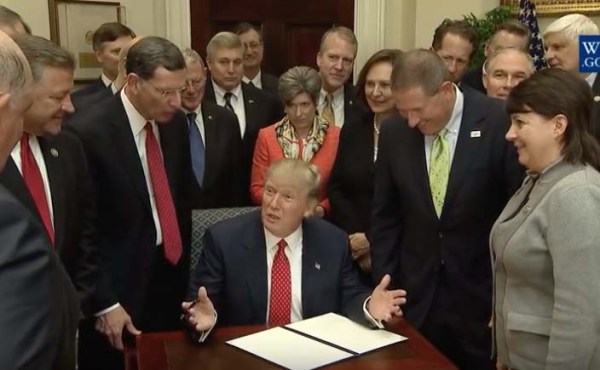 Analysis: The word ‘sir’ is a telltale sign Trump is being dishonest

If this president relays an anecdote in which he has someone referring to him as “sir,” then some major component of the anecdote is very likely to be wrong. 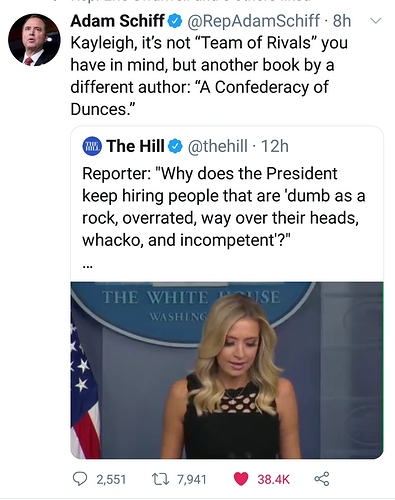