Sarah Cooper does it again “How to second term” 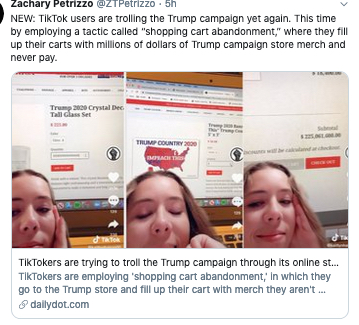 TikTokers are employing 'shopping cart abandonment,' in which they go to the Trump store and fill up their cart with merch they aren't going to buy.

President Donald Trump’s 2020 reelection campaign appears to be getting trolled by TikTok users, yet again.

This time, TikTokers are encouraging fellow users to employ a tactic called “shopping cart abandonment” in which they go to the Trump 2020 campaign’s online store and fill up their cart with a whole bunch of merchandise they have no intention of purchasing.

The goal is to leave the campaign’s online shopping data skewed. The use of “shopping cart abandonment” could also hurt its e-commerce business by “signal[ing] a poor user experience or broken sales funnel.”

People who left their digital shopping carts waiting for check-out reportedly cost retailers over $4.6 trillion back in 2016.

I love it! I think this is perfect, considering all the scams trump has pulled on people, like trump university, & hiring contractors & then underpaying them for work completed.

Funny, not too long ago I saw this and was sharing it: 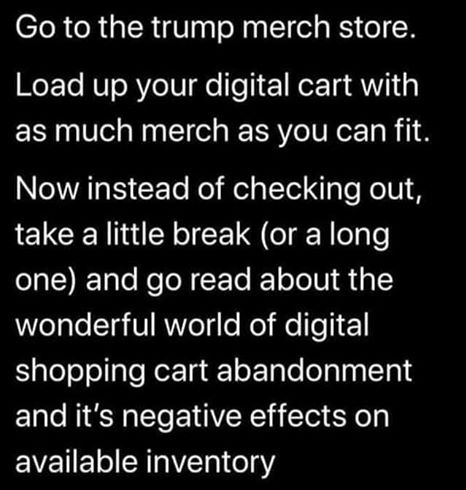 Another over-the-top move by Sacha Baron Cohen to bring himself into a far-right gathering in Olympia Washington on Saturday…He sings anti-antifa songs, and rips into the notions of this crowd. The most diabolical (and pure joy of it) is that he brings his own security, and escape route so as not to be stopped by the organizers.

His line about the Saudis and their killing of a journalist…is morose AND fitting.

The comedian got the rally’s conservative crowd to sing along with him about injecting Obama, Dr. Fauci and others with the “Wuhan flu.”

It may be his greatest prank since Borat sang “Throw the Jew Down the Well” in an Arizona country and western bar more than 15 years ago.

On Saturday, comedian Sacha Baron Cohen apparently infiltrated the “March for Our Rights 3” rally in downtown Olympia, Washington, getting at least some of the right-wing militia attendees to sing racist lyrics along with him about Barack Obama, Dr. Fauci, and the “Wuhan flu.”

According to event organizers, Baron Cohen first disguised himself as the leader of a PAC that wanted to sponsor the rally and then hired his own security to block them from getting him off the stage or cutting off the power once he had started performing.

Sacha Baron Cohen infiltrated the Washington 3% (local rightwing militia) event in Olympia a few minutes ago. A last-minute big donor paid to sponsor the event, and hire security… And then that security kept the organizers from getting on stage to stop Cohen.

“He came on stage disguised as the lead singer of the last band, singing a bunch of racist, hateful, disgusting shit,” Yelm City Councilman James Blair wrote on Facebook after the event. “His security blocked event organizers from getting him off the stage, or pulling power from the generator.”

Now that I think about it, I’m not sure it’s a good idea to give the psycho-right any more “ideas” they’re apt to take seriously. 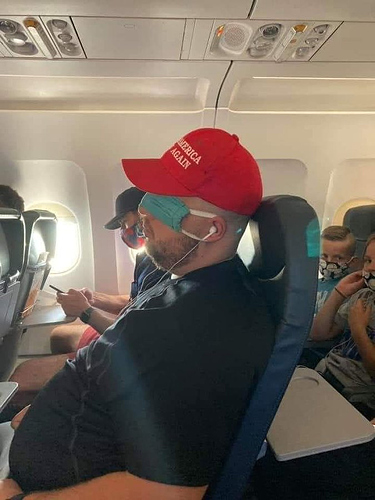 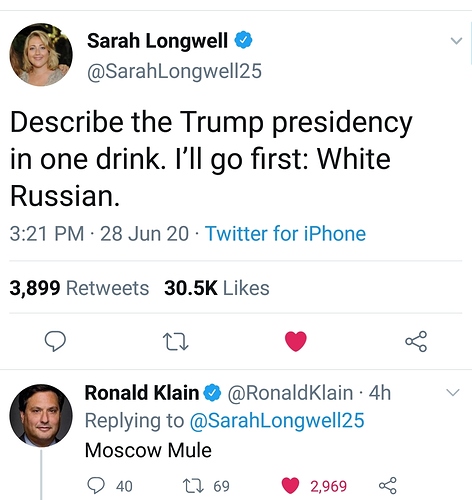 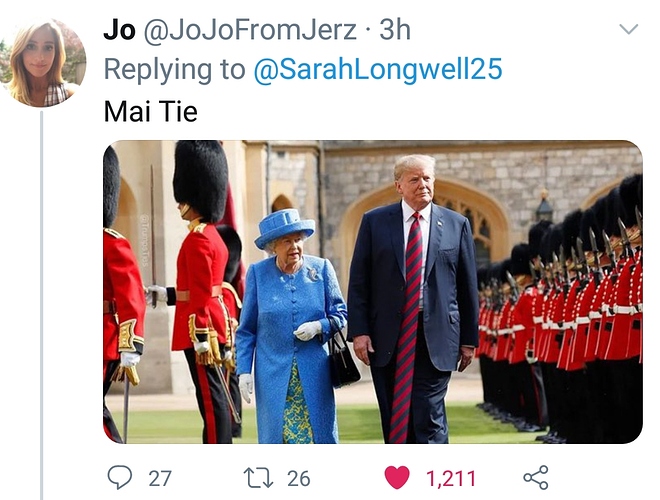 -A new drink called Hunker in the Bunker. Orange juice with sour mix, some ImPEACH juice mixed with shredded tax documents and a whole lot of Russian vodka.

-A glass of Flint tap water, with some delicious Flavor Aid to make the poison more palatable 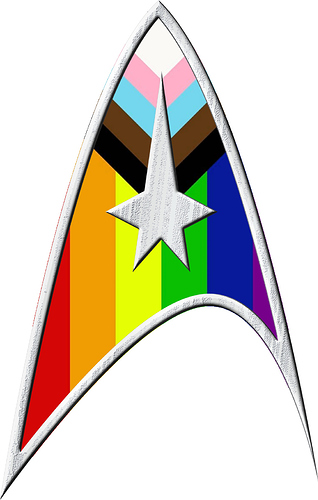 You beat me to it again, Windthin! LOL

That’s okay, you have no idea how often I pop over here to post something and discover it’s already up. hehe. 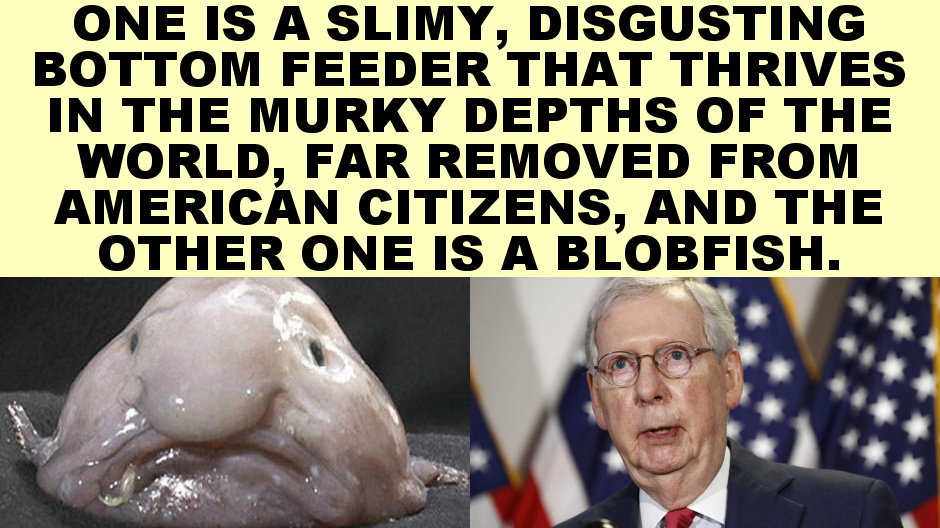 Gotta say, it’s awfully hard to tell them apart…they could be twins.

Gotta say, it’s awfully hard to tell them apart…they could be twins.

Oh, I don’t know, looking at the one, there’s a lot of pathos and nobility and empathy in that face… and then you got Mitch. 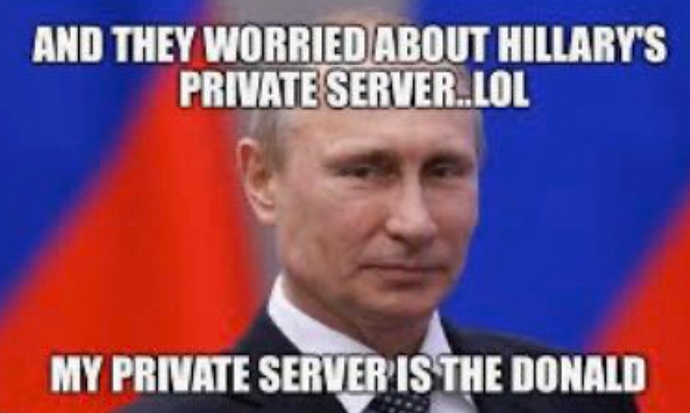