A much-anticipated batch of newly unsealed documents from a settled defamation suit began trickling out Thursday night over the objections of Ghislaine Maxwell, the British socialite accused of sex trafficking and alleged to be the madam of disgraced financier Jeffrey Epstein.

In a 2015 e-mail Epstein advised Maxwell to return to the high society world the two had inhabited without any shame.

“You have done nothing wrong and i would urge you to start acting like it,” Epstein wrote. “[G]o outside, head high, not as an escaping convict. go to parties. deal with it.”

Previously redacted version of this court document now reveals it is Alan Dershowitz, who required a NPA - non-prosecution agreement. He was the one who helped arrange the deal with Alex Acosta to get a single charge against Epstein - soliciting prostitution, as opposed to sex trafficking… 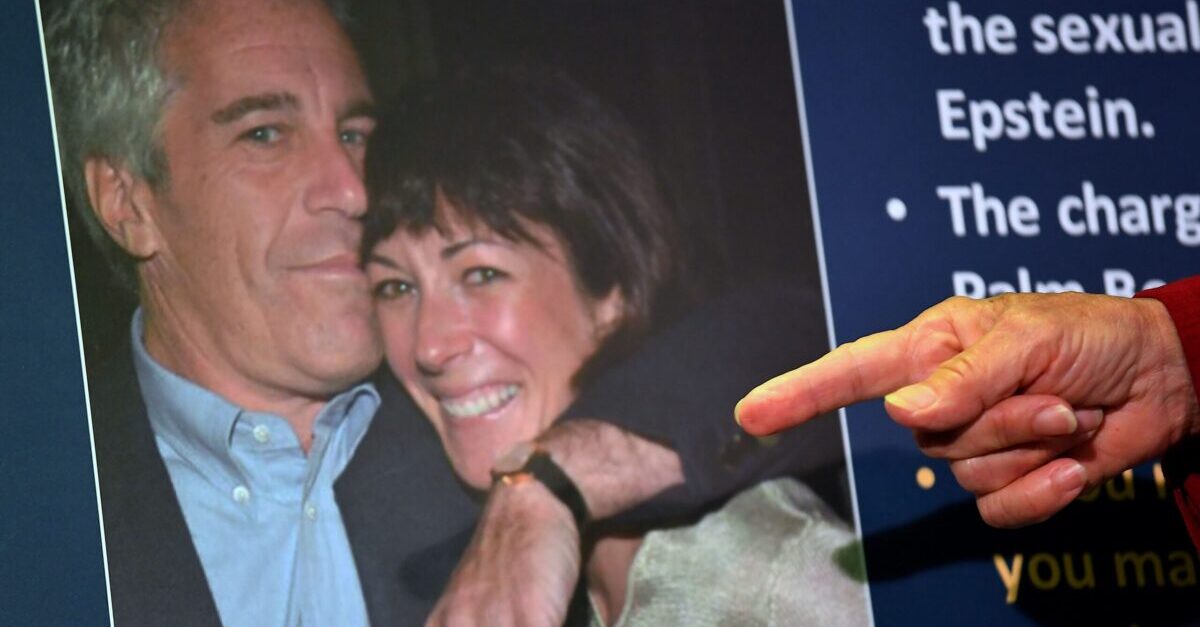 Secret Jeffrey Epstein Documents Have Been Released by Court Order. Read Them...

A hard-fought court battle by alleged groomer and enabler Ghislaine Maxwell has failed, and a cache of forty-seven previously secret court records pertaining to Maxwell's involvement with Jeffrey Epstein and his alleged victims has been released. 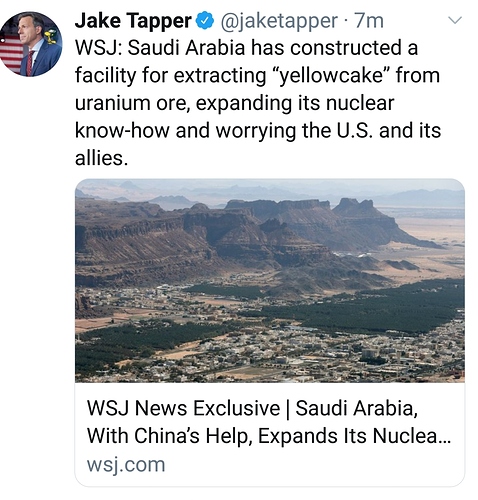 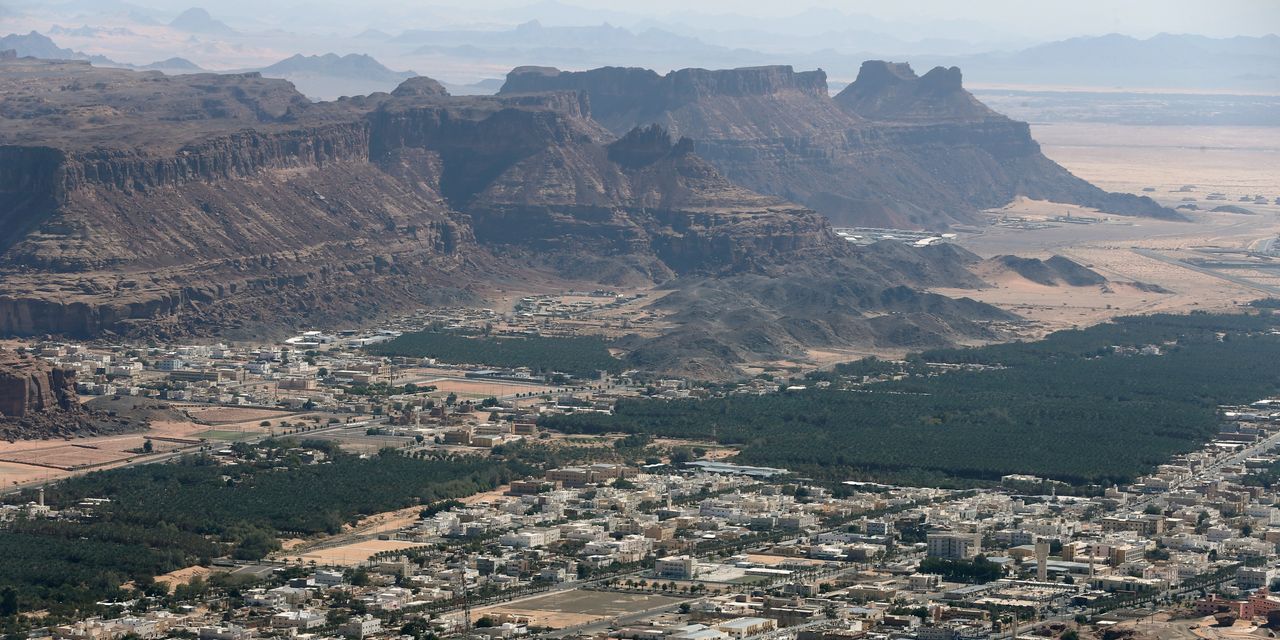 Saudi Arabia has constructed with Chinese help a facility for extracting uranium yellowcake from uranium ore, an advance in the oil-rich kingdom’s drive to master nuclear technology, according to Western officials with knowledge of the site.

WASHINGTON—Saudi Arabia has constructed with Chinese help a facility for extracting uranium yellowcake from uranium ore, an advance in the oil-rich kingdom’s drive to master nuclear technology, according to Western officials with knowledge of the site.

Biased news or straight news reporting is always going to be received with either scorn or open ears. With the constant mentions of “Fake News” and dismissals of news out-of-hand, the testing of democratic values and our reliance on a fair press has taken a huge hit. This can be looked at as another dismantling of a norm, where one expects at least some fact checking, and some basis for truth, and not castigated as false right off the bat.

This poll says that our reliance on a fair press has gotten weaker…much weaker.

NEW YORK (AP) — The distrust many Americans feel toward the news media, caught up like much of the nation's problems in the partisan divide, only seems to be getting worse. That was the...

NEW YORK (AP) — The distrust many Americans feel toward the news media, caught up like much of the nation’s problems in the partisan divide, only seems to be getting worse.

That was the conclusion of a “sobering” study of attitudes toward the press conducted by Knight Foundation and Gallup and released Tuesday.

Nearly half of all Americans describe the news media as “very biased,” the survey found.

“That’s a bad thing for democracy,” said John Sands, director of learning and impact at the Knight Foundation. “Our concern is that when half of Americans have some sort of doubt about the veracity of the news they consume, it’s going to be impossible for our democracy to function.”

The study was conducted before the coronavirus lockdown and nationwide protests over the death of George Floyd.

Eight percent of respondents — the preponderance of them politically conservative — think that news media that they distrust are trying to ruin the country.

That divide has been documented before but only seems to be deepening, particularly among conservatives, Sands said.

“We’re starting to see more retrenchment among those who have already expressed deep concerns,” he said. “Moving the dial on these attitudes becomes more and more difficult for media organizations.”

Who is to blame for the nation’s political divide? Well, 48% of those questioned says the media bears a great deal of the responsibility.

The study found 73% of Americans feel that too much bias in news reports is a major problem, up from 65% two years ago.

Those surveyed also didn’t believe much in honest mistakes. When there were inaccuracies in articles, 54% of Americans said they believed reporters misrepresented facts, while 28% said reporters were making things up in their entirety.

The picture isn’t much prettier when you take a step back. Knight and Gallup said 41% of Americans have a great deal of confidence in the ability of the media to report the news fairly, down from 55% in a similar survey in 1999.

Eight in 10 Americans are calling for more diversity in news. Democrats and Black people are more likely to be referring to racial and ethnic diversity; while Republicans and white people prioritize diversity in political views.

In a clear message to Facebook and Twitter, nearly three-quarters of those surveyed said social media companies have to work harder to remove hateful language and inaccuracies from their platforms. 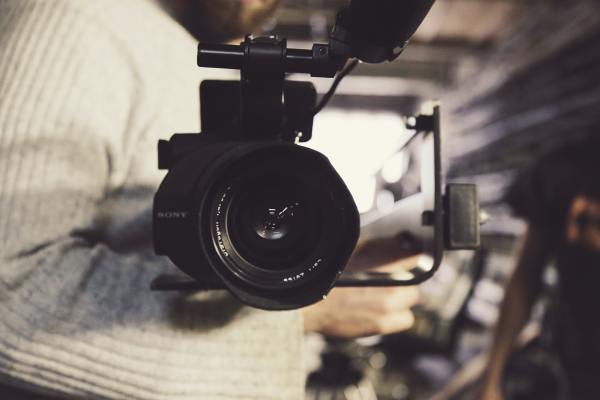 Gallup/Knight Poll: Americans’ concerns about media bias deepen, even as they...

WASHINGTON – (Aug. 4, 2020) – A new report from Gallup and Knight Foundation finds a widening gap between what…

The report’s major findings include the following: