What The Fuck Happened Over The Weekend?

Maybe I’ll have to leave the country.

Yeah - but who would have him?

who would have him?

@dragonfly9
LOL Maybe he still thinks he could buy it. After he has paid off his $400m.
I can tell you straight - we are not having him here.

Some remarks about his fleeing

I just imagine Trump in Russian exile, calling into Fox & Friends, being put on hold.

Call me conservative, but I prefer Presidents who don’t have to flee the jurisdiction if they lose a re-election campaign.

@neal_katyal happy to donate some of my air miles.

So divisive this kind of talk…

I am the Governor's Deputy Digital Director. I see everything that is said about and to her online. Every single time the President does this at a rally, the violent rhetoric towards her immediately escalates on social media. It has to stop. It just has to. twitter.com/Acyn/status/13…

The President mentions the Governor of Michigan, the crowd chants lock her up, and the President says lock them all up https://t.co/9wuB7blnoP

Trump rally crowd chants 'lock her up' about Michigan Gov. Whitmer, target of...

Gov. Whitmer responded to Trump's criticism during a rally in Michigan, posting that his was the kind of rhetoric that had put her family in danger.

WASHINGTON – President Donald Trump slammed Michigan Gov. Gretchen Whitmer during a rally in the state Saturday, prompting repeated chants of “lock her up” from the crowd weeks after the FBI foiled a kidnapping plot aimed at the Democratic leader.

"Be careful of her and her attorney general because you know they’re like in charge of the ballot stuff," Trump said during a rally in Muskegon, Michigan. “How the hell do I put my political and our country’s political life in the hands of a pure partisan like that?”

Trump has frequently attacked Whitmer for her administration’s effort to slow the spread of COVID-19 by imposing strict lockdowns of gatherings in the state, which the Republican president believes went too far . But the remarks combined with the “lock her up” chants drew renewed attention from Democrats following the kidnapping plot.

More than a dozen members of an anti-government group have been charged in the plot.

"They said she was threatened," Trump said at one point. "And she blamed me."

happy to donate some of my air miles. 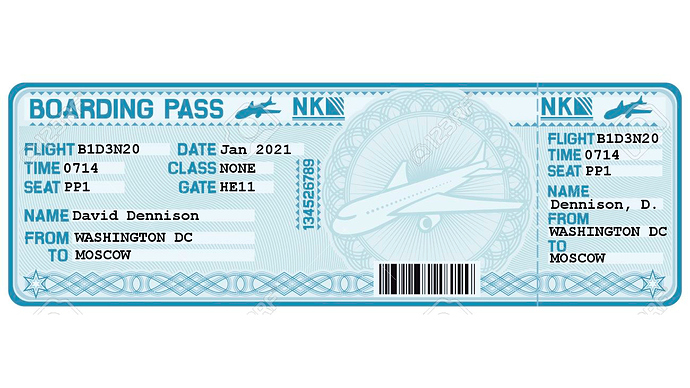 Man dangling from rope on Trump International Hotel Chicago demands to speak to the President. https://t.co/ZfCrZFE6K0
1 Like
dragonfly9 October 19, 2020, 6:37am #797

The Twitterstorm with FAKE NEWS, CONSPIRACIES etc. all getting to Hunter BIden’s computers. Agitating for a Biden fight, and creating a false story, and pushing the story. Just more of the same 2016 tactics. Watch out - and yes, what will Twitter do?

Root, a self-promoting huckster who will do anything for attention, was hired by Adelson's paper and coddled even as he put out conspiracy theories including that Vegas shooting was ISIS. Only cashiered after promoting bogus COVID cure. This is beyond the pale, even for him. twitter.com/yashar/status/…

This tweet which is filled with dangerous lies has 25,000 retweets and verified accounts are quote tweeting it. This is only going to get worse over the next couple weeks. I don't see how Twitter deals with this over the next few weeks. https://t.co/FUnmhuujw6

This tweet which is filled with dangerous lies has 25,000 retweets and verified accounts are quote tweeting it. This is only going to get worse over the next couple weeks. I don't see how Twitter deals with this over the next few weeks. https://t.co/FUnmhuujw6