Dana Boente just officially resigned today but will stay on board until a successor is found. He will stay on until a successor is named.

Bless you guys, I can’t for the life of me keep track.

Yo, new Fed chair, Trump gives the rose to Powell.

If confirmed by the Senate, Powell will replace Janet Yellen, an appointee of President Barack Obama and the first woman to head the central bank. 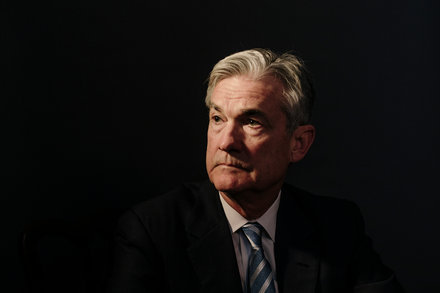 President Trump breaks with precedent by picking Jerome H. Powell, a Republican on the Federal Reserve’s board, instead of reappointing Janet Yellen.

Unconfirmed report of Rick Dearborn transferring out of the WH Office. Will update when confirmed. 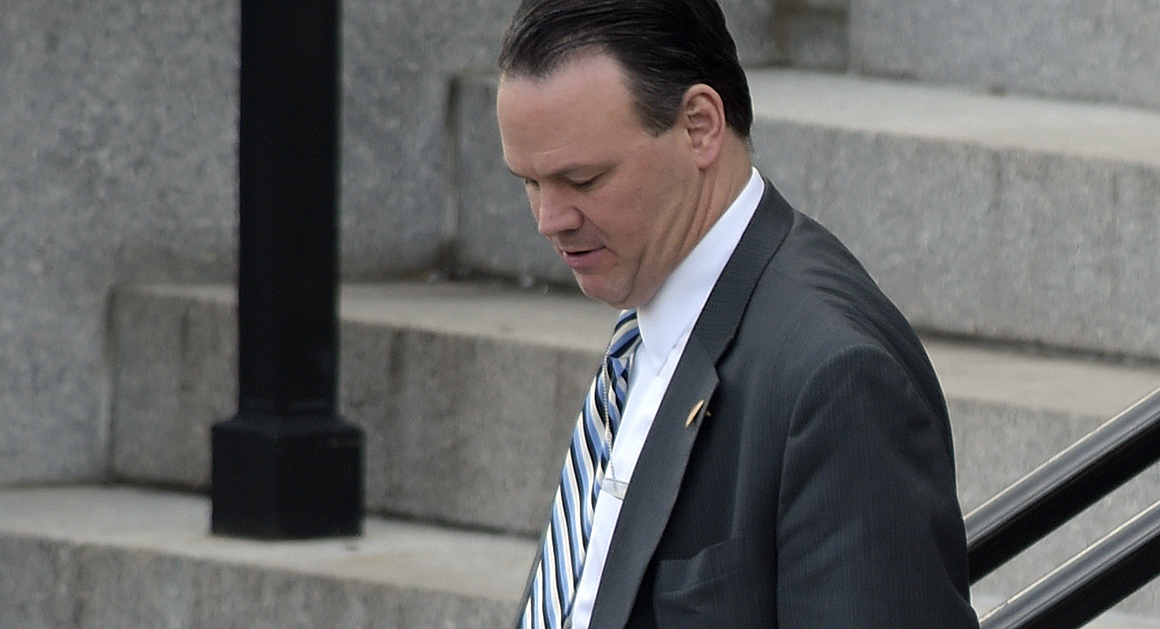 Deputy chief of staff Rick Dearborn is expected to be reassigned to the Commerce Department or another federal agency.

I can’t wait for this thread to be updated with a Betsy DeFuckinVos departure, if that ever actually happens.

While this originally was sort of a celebration of the revolving door of scumbags, It looks like it’s also becoming a graveyard for better people getting ousted for worse. -_-

Agreed. Every so often there was someone appointed who is a terrible unqualified person, but they were in this job and dammit they were going to learn it and do it and try to at least prevent total collapse. I grind my teeth a little harder every time someone quits in protest of something bad. Don’t quit, you know what’s going on, fucking fix it.

Obama appointee Richard Cordray, Chief of Consumer Protection Agency is resigning. He will leave his post by the end of November. 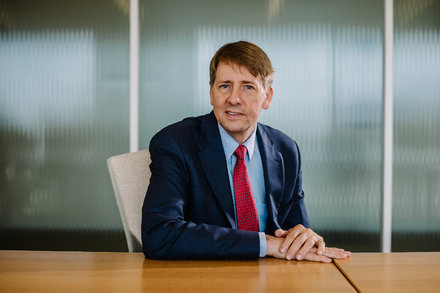 Mr. Cordray, an Obama holdover, has been a zealous watchdog as the Consumer Financial Protection Bureau’s first director. Now President Trump can reshape the agency.

Obama appointee Richard Cordray, Chief of Consumer Protection Agency is resigning. He will leave his post by the end of November.

This is troubling, to say the least…

Mick Mulvaney has been named the acting director of the Consumer Financial Protection Bureau, even though the outgoing director had already lined up someone for the position.

The CFPB’s General Counsel sent a interesting letter to the Senior Leadership at the agency regarding questions on if Trump even has the authority to appoint Mulvaney (she concludes he does). The fight over leadership of the CFPB could be headed to court.

It would be really cool if these people would do their jobs.

Hundreds have left the State Department since last year!

In a letter to Mr. Tillerson last week, Democratic members of the House Foreign Relations Committee, citing what they said was “the exodus of more than 100 senior Foreign Service officers from the State Department since January,” expressed concern about “what appears to be the intentional hollowing-out of our senior diplomatic ranks.” 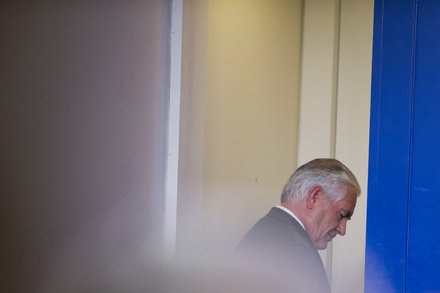 Diplomats Sound the Alarm as They Are Pushed Out in Droves

A State Department exodus marks a new stage in the broken and increasingly contentious relationship between Rex W. Tillerson and much of his work force.

Mick Mulvaney has been named the acting director of the Consumer Financial Protection Bureau, even though the outgoing director had already lined up someone for the position.

This story just gets weirder.

In her lawsuit, Leandra English refers to Mick Mulvaney as:

You can’t make this stuff up!

It’s been reported that Secretary of State, Rex Tillerson will be replaced by Mike Pompeo, Director of the CIA and that Senator Tom Cotton will be appointed the CIA. (November 30, 2017)

White House Plans Tillerson Ouster From State Dept., to Be Replaced by Pompeo

A transition plan would install Mike Pompeo, the C.I.A. director, as secretary of state, and tap Senator Tom Cotton to lead the spy agency, officials said. The plan, hatched by White House chief of staff John F. Kelly, is expected to be set in motion over the next few weeks.

9/ Rex Tillerson called reports that the White House wants him to resign “laughable.” Trump called the reports that he is planning to fire Tillerson “fake news” and that “I call the final shots.” (New York Times) 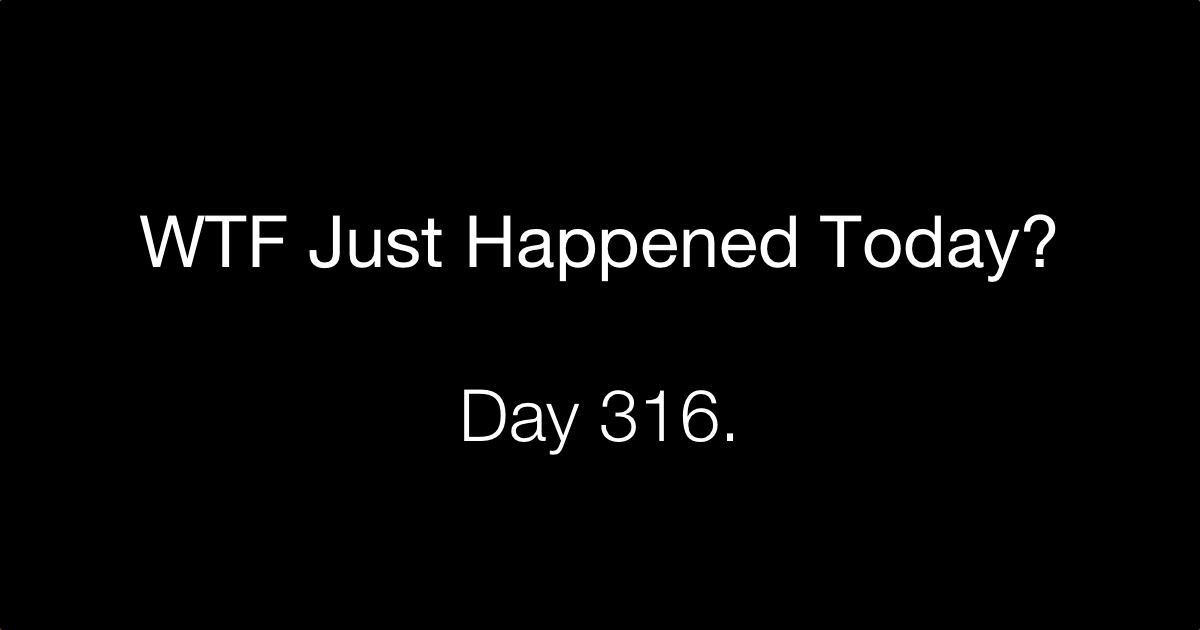 Is there really a suicide pact? I guess we will find out!

6/ Rex Tillerson, James Mattis, and Steven Mnuchin have a “suicide pact,” where all three cabinet secretaries will leave in the event that Trump fires one of them. Bob Corker, the chairman of the Senate Foreign Relations Committee, said that Tillerson, Mattis, as well as Chief of Staff John Kelly “help separate the country from chaos" – meaning Trump. He added that “I hope they stay because they’re valuable to the national security of our nation.” Yesterday, Tillerson refuted reports that he’d been persuaded to stay on in his role over the summer by Mike Pence. He did not, however, address questions about whether he had called Trump a “fucking moron” or not. (BuzzFeed News / Politico)

The details about a “suicide pact” have not been confirmed by other, reputable news outlets. 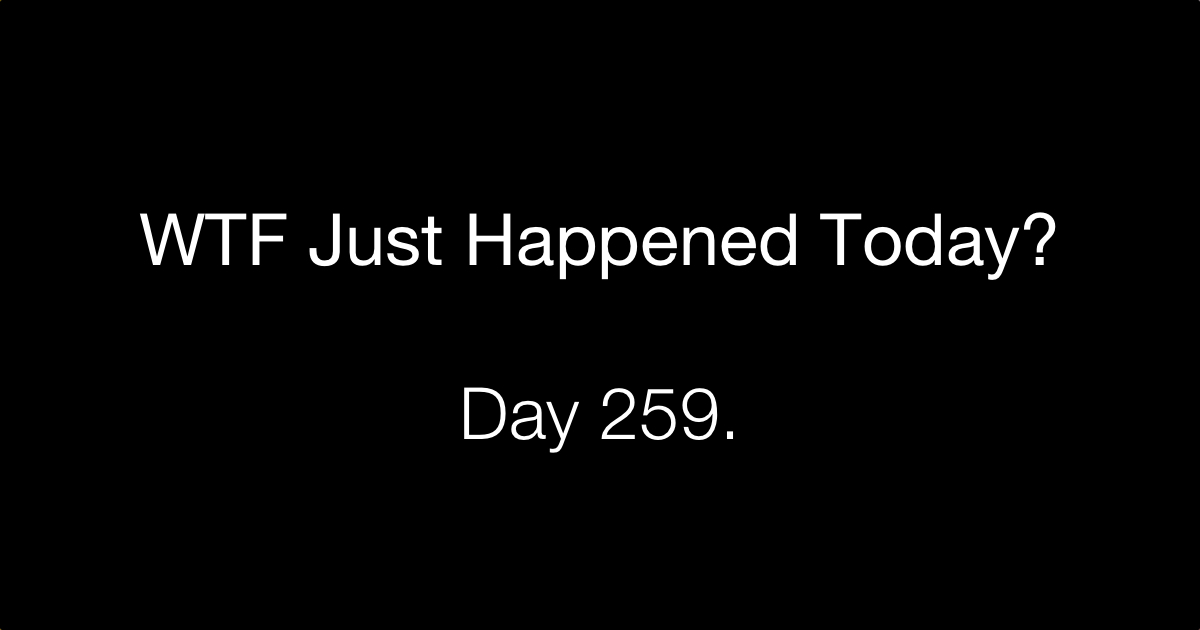 Is there really a suicide pact? I guess we will find out!

I had forgotten about this! Should be interesting…

WHAT! I knew drumpf wanted him out but I thought it would take a lot longer for him to get his way on that one.
I think it’s believeable that those three guys discussed a suicide pact but there is no way even if hell froze over any of them would willingly give up power out of solidarity with anything but their own dicks.

Dina Powell, deputy national security advisor will step down from the Trump administration early next year.

Dr. Nadia Schadlow, who currently works on strategy on the staff of National Security Adviser H.R. McMaster, is the likely successor to Dina Powell, deputy national security adviser for strategy.

She's the first in an expected wave of senior West Wing departures. 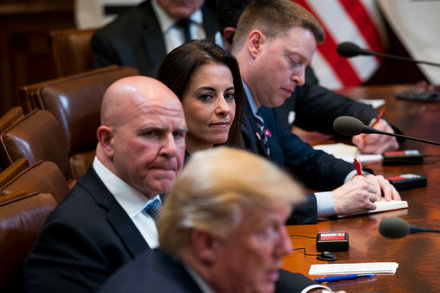 Ms. Powell, a deputy national security adviser to President Trump, has been a key player on a variety of issues and a top ally of Ivanka Trump and Jared Kushner.