Anyone else experiencing higher than normal anxiety but also a touch of listlessness today? Normally I’d go for a run but I can’t outrun the smoke. 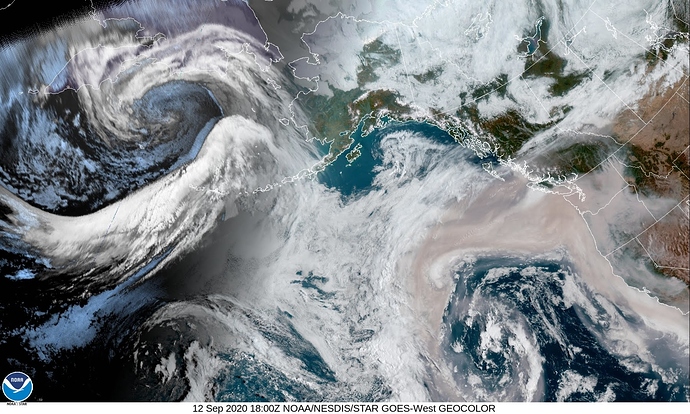 same, same. i realized it was monday – not sunday – around 10am today.

And parked myself inside all today…cancelling any planned exercise.

Had a junk food pit stop today…as the world is

But did some CALL OUTS…so easy for the Dems.

I think things have been better here since last week, it just sucks that it happened over the three or so days it was <100F so we could leave the apartment.

So like, there was this phony ad for a smart wetsuit a couple of years ago, the ad was created to bring attention to climate change but honestly, I wish it were real right about now.

Oh! I feel for you all up there on the West Coast. It’s like that on the East Coast of Australia as well. It’s one of the main reasons I have for being such a persistent follower of WTF here, I’ve been an advocate here in NZ for action on reducing GHG emissions for years and was horrified with the election of Trump in 2016 and the abandonment of the Paris Agreement; so hard won over so many years. I’m sorry to say that for decades the sticking point for a world wide agreement was — America. Year after year at Climate conference after Climate conference, almost everyone was ready to make concessions and take action, but one significant country held firm on BAU. It’s easy to point the finger at China, but when every developed country has off-shored much of its manufacturing to China the external costs of Carbon emissions goes with them. So when Obama was finally able to work with your Congress to the Agreement in Paris - no matter how watered down it was - and the world all agreed to put an end to GHGs there was world wide relief.
But enough of that rant. I have it in mind to send you a little something I hope can raise your spirits a little. It is spring down under here and the trees are in blossom and the birds are having a wonderful time of it. Outside my bedroom window we have a Kowhai tree which we planted when we moved here 10 years ago (3 Kowhai actually). The Kereru, Tui, and Koromako (Bell bird) have been enjoying the nectar of these trees and are such a delight to watch. 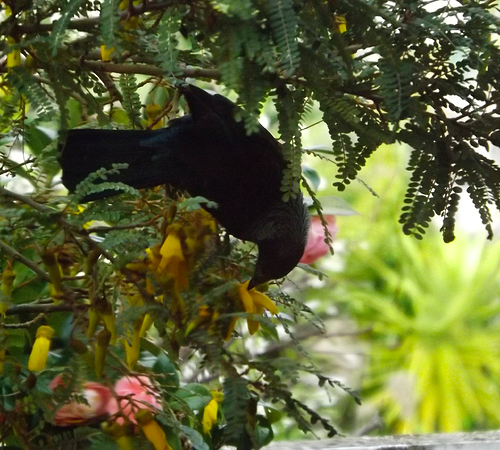 Covid has actually managed to budge Earth Overshoot Day back slightly, which I’m sure will be more than made up for in the coming months but is kind of crazy all the same. That’s what it takes, I guess.

…I say from my position of relative food security.

To add insult to injury, our smoke detector went off a half dozen times overnight. Except there was no fire or smoke. I think a spider or bug might have been crawling around on the sensor? Super fun times y’all!

I am actually doing okay today. My stomach has settled and is slowly healing, I woke up from a dream about a certain orange menace blundering onto a rocket to Mars, and it’s my birthday.

I think a spider or bug might have been crawling around on the sensor? Super fun times y’all!

So um, smoke detectors actually expire… yeah, we found that out last year, same experience. Ours were hardwired so I called the electrician, fella charged me $200 to tell me to buy new detectors because ours had expired two years before.

And also this air purifier is awesome and they seem to not be sold out yet. BioGS 2.0 Ultra Quiet Air Purifier – Rabbit Air

Oh, yeah, I replaced them all last year lol

To add insult to injury, our smoke detector went off a half dozen times overnight. Except there was no fire or smoke. I think a spider or bug might have been crawling around on the sensor? Super fun times y’all!

Been there. And they always do it at night! If your detectors are more than 10 ye
ars old, do yourself a favor & replace them. I went to the 10 year, no battery replacement ones.

Edit. Knew I should have read all the posts first…

Did you try the reset button?

We live in an apartment and I have no idea how old they are, but they are way too high up for us to ever be able to do anything about.

Also I’m pretty sure they still work because there’s one near the kitchen. >>

Oddly, I know exactly how old ours are because we lived nearby when this apartment was built and moved in not long ago, and watched when they replaced them a few years back. We’re the longest-running tenants in the whole area. All of the maintenance folks and others know us.

I also have a tree. Kind of. One of the trees in back broke when it was just a little sapling and I saved it with duct tape until it healed. So I consider it mine.

So excited, I just checked and in my state’s ballots go out oct 16th. I will get my ballot in about 30 days from today. I have never been so excited to vote in my whole life!

In contrast, I am just dreading the whole thing. I’m seeing more and more days where it’s really hard for me to engage with the news because it’s all so insane I feel like I’m losing my mind, and thinking about what could end up happening on election day and everything that could go wrong will keep me awake at night if I steep myself in it too much.

2016/2017 really did a number on me, and the people around me have no idea how close I ended up a proto-QAnon nutcase. The thing that really snapped me out of it was seeing how many people in the social media circles I was following at the time ended up being Las Vegas shooting deniers, and quite a few of them lived here. People I’d known for over a decade were staying in town minutes away from the scene, stuck in their hotel and unable to leave because everything was locked down for hours. I still look up when I go to the Strip. With all that stuff basically in the mainstream right now and having had firsthand exposure to it, it’s just a scary time.

This is just so neat: 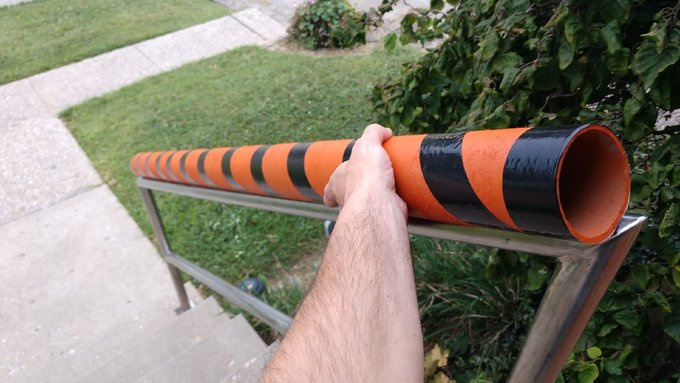 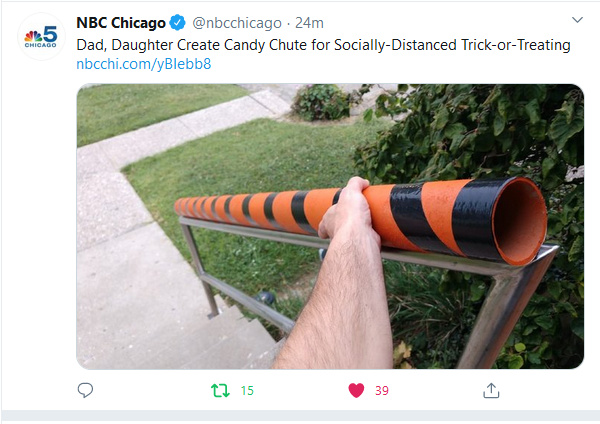 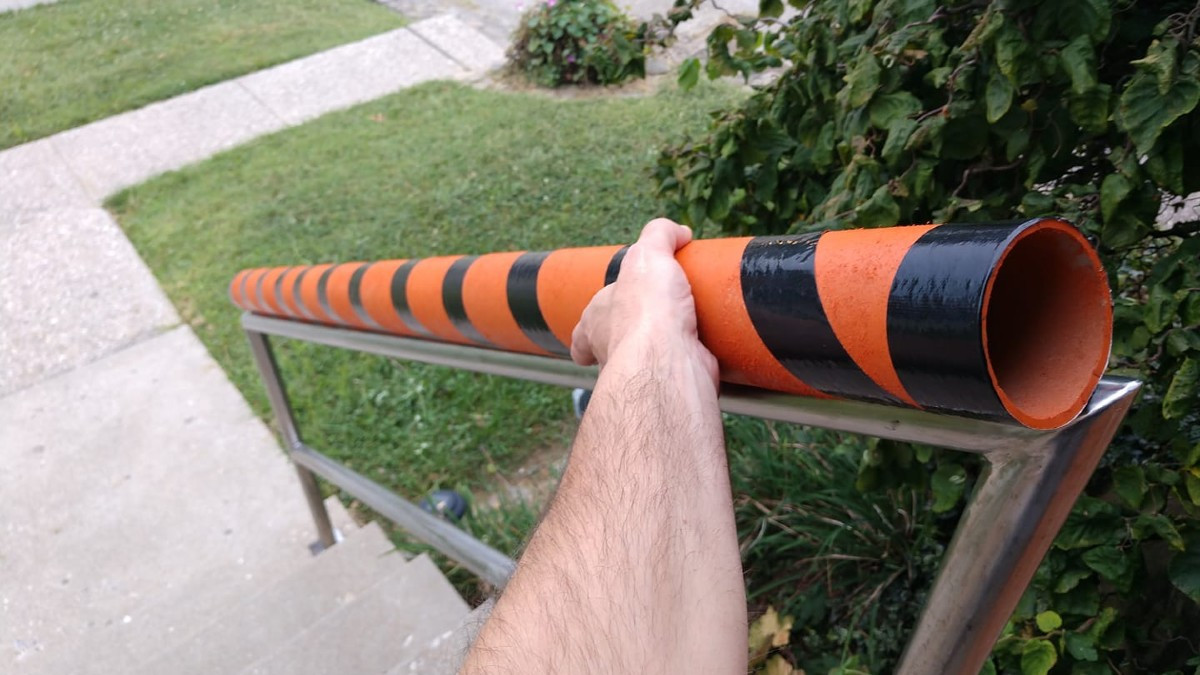