Everything about the 2020 Primary Election. 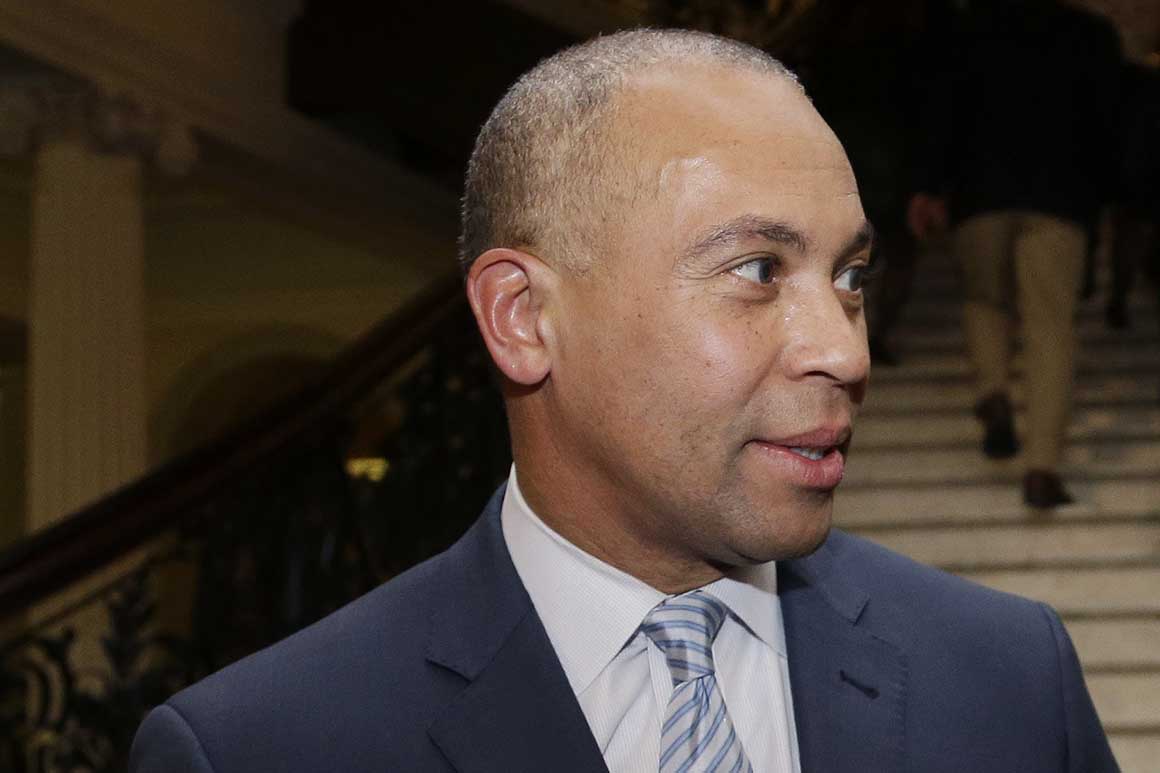 The Massachusetts governor informed staff and advisers of his decision. 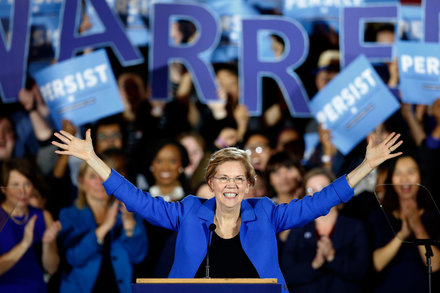 Elizabeth Warren Announces She Is Running for President in 2020

Senator Warren, a Massachusetts Democrat, said she was forming a presidential exploratory committee, which allows her to raise money and hire staff before a formal kickoff.

Senator Elizabeth Warren, the Massachusetts Democrat and a sharp critic of big banks and unregulated capitalism, entered the 2020 race for president on Monday, becoming the first major candidate in what is likely to be a long and crowded primary marked by ideological and generational divisions in a Democratic Party desperate to beat President Trump.

In an 8:30 a.m. email to supporters on New Year’s Eve — 13 months before the first votes will be cast in the Iowa caucuses — Ms. Warren said she was forming an exploratory committee, which allows her to raise money and fill staff positions before a formal kickoff of her presidential bid. Ms. Warren also released a video that leaned on the anti-Wall Street themes, a campaign message that drew strong praise Monday morning from liberal groups.

“I’ve spent my career getting to the bottom of why America’s promise works for some families, but others, who work just as hard, slip through the cracks into disaster,” Ms. Warren said in the video. “And what I’ve found is terrifying: these aren’t cracks families are falling into, they’re traps. America’s middle class is under attack.”

I think it’s funny that the first to throw in their hat in the ring against Trump would be a bankruptcy law expert. 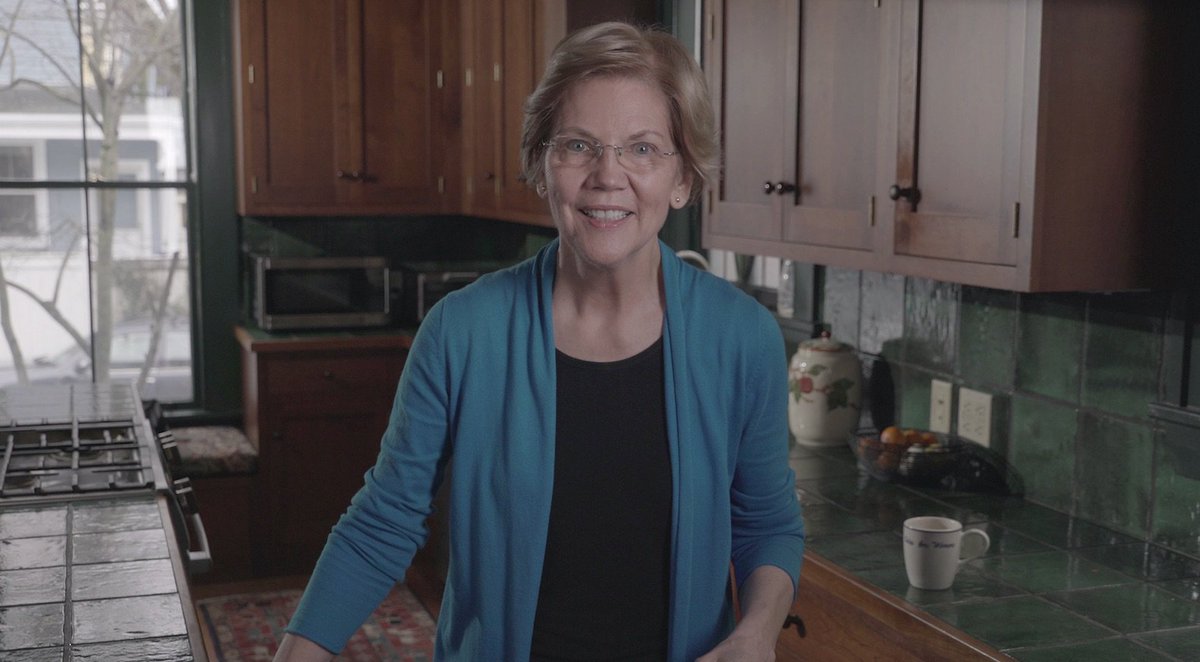 He should run. They all should run, I like a roubust primary. In this article is says Biden will declare his candidacy in the next two weeks. 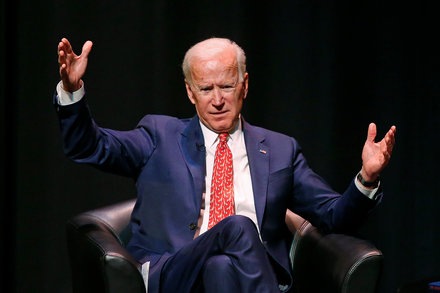 Biden Sees Himself as Democrats’ Best Hope in 2020, Allies Say

Mr. Biden has indicated to associates that he is leaning toward running for president in 2020, setting up a primary race clash between a veteran Washington insider and more liberal contenders.

Most of all, Mr. Biden’s allies contend, he would be the Democrat most likely to reclaim the battleground state voters who abandoned the party in 2016.

“If you look at Wisconsin, Michigan and Pennsylvania, the labor folks who voted for Trump, they love him,” former Gov. Jack Markell of Delaware said of Mr. Biden. “He has a connection with these people.”

Mr. Biden’s enthusiasts are also quick to note that he is not just popular with white working-class voters, but is also well-liked among African-Americans and millennials.

Mr. Biden has led in national and early-state polling, drawing about a third of the vote, enough to make him a solid but not overwhelming front-runner at a moment when such surveys are heavily dependent on name identification. He is viewed favorably by the vast majority of Democrats, but some surveys indicate Democrats want fresh faces and new leadership.

Mr. Biden would portray himself as a progressive, embracing priorities like free public college tuition and expanding health care, advisers say. But he would also make the case that his 36 years in the Senate and eight years as vice president make him the best qualified to repair the damage they believe Mr. Trump has done at home and abroad.

“This is a guy who actually gets along with Mitch McConnell and a number of other Republicans,” said Mr. Carper, invoking the Senate majority leader with whom Mr. Biden worked closely to negotiate a handful of agreements in the Obama years.

Yet the preferences of the party’s donor class and an ability to work in a bipartisan fashion are hardly alluring to the party’s increasingly liberal grass-roots activists and voters. And the candidacy of a Washington Democrat who fondly recalls his relationships with conservatives, and even used his speech bowing out of the 2016 race to make the case that Republicans are the opposition but not the enemy, may be ill-suited for the Trump era.

After the stress of the mid-terms, I am ready for a break from all campaigning. The large primary field must be and will be winnowed down considerably, probably via fund-raising. I would hate to see a “debate” series with more than a dozen participants.

While I won’t be engaged in early maneuvering, my general preference is for someone under the age of 60. Given the emergence of women and progressive young people into effective participation in the political process, I would look to a woman between the ages of 40-60 with strong leadership and intellectual attainment.

Nonetheless, I will never again vote for a Republican. So if Biden it be, he can count on my vote and support.

Yes! Bring it! You know she’d killer to watch in the debates! 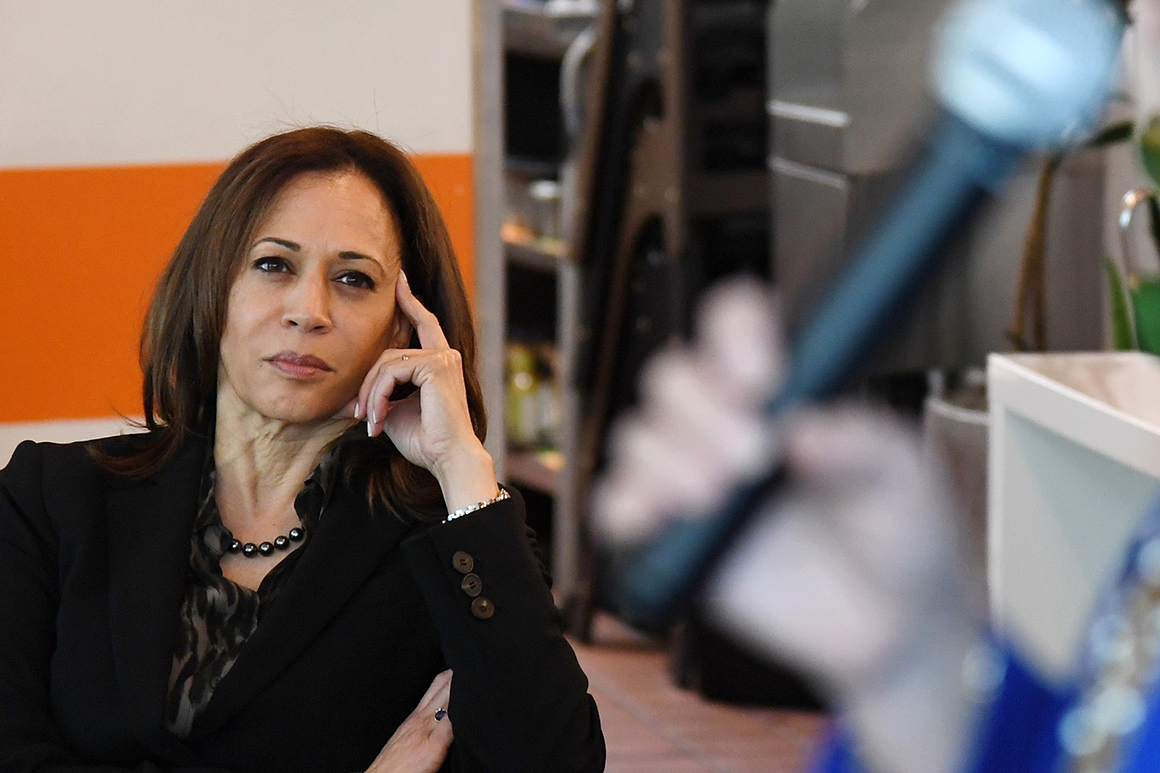 A book tour and a flurry of TV appearances enable the California senator to launch a campaign on her own terms.

One week after her Senate colleague Elizabeth Warren began formally exploring a run for the White House, the California senator is stepping onto the 2020 stage herself, beginning with a book tour and a flurry of largely friendly broadcast media appearances in advance of her own expected presidential announcement.

Harris will hit the morning news show circuit Tuesday with appearances on “Good Morning America” and “The View,” in addition to a National Public Radio interview. She’ll promote her book Wednesday at a Washington event, then make a stop Thursday at “The Late Show with Stephen Colbert.”

Sen. Kamala Harris has decided to run for president in 2020 and will announce her candidacy on or around Martin Luther King Jr. Day, probably at a campaign rally in Oakland, sources close to the

Sen. Kamala Harris has decided to run for president in 2020 and will announce her candidacy on or around Martin Luther King Jr. Day, probably at a campaign rally in Oakland, sources close to the freshman senator from California tell KCBS Radio.

The debate within her camp is how, and where, to launch her campaign. The tentative plan is for Harris to enter the race for the Democratic presidential nomination with a campaign rally, most likely in Oakland, where she was born and began her legal career. 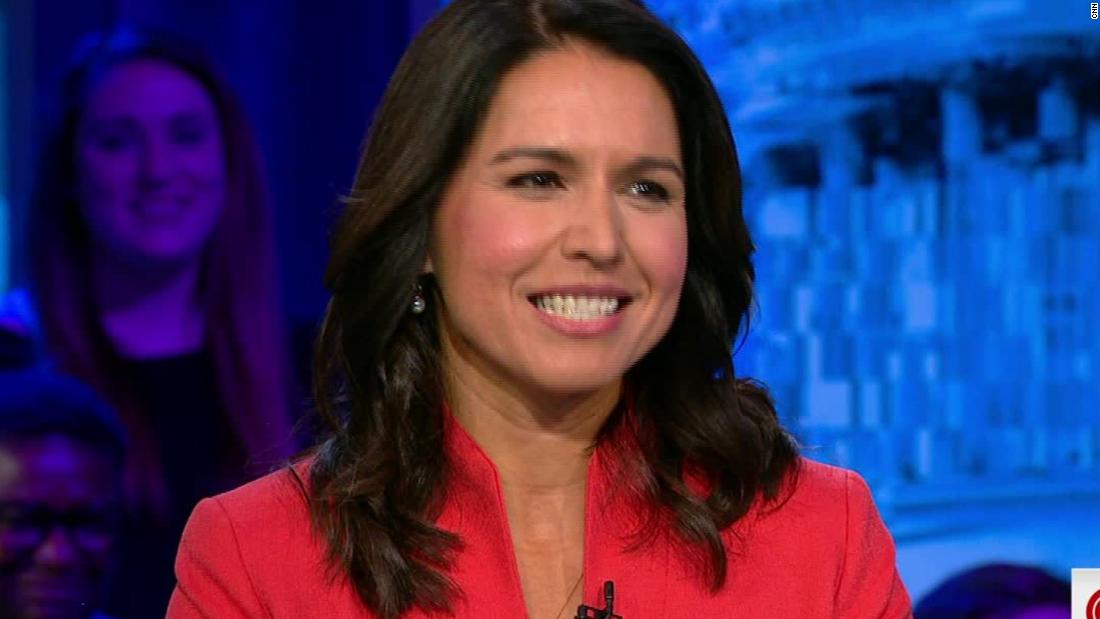 Tulsi Gabbard says she will run for president in 2020

Rep. Tulsi Gabbard said Friday she will run for president in 2020.

Rep. Tulsi Gabbard said Friday she will run for president in 2020.
“I have decided to run and will be making a formal announcement within the next week,” the Hawaii Democrat told CNN’s Van Jones during an interview slated to air at 7 p.m. Saturday on CNN’s “The Van Jones Show.”

Gabbard, an Iraq War veteran, currently serves on the House Foreign Affairs Committee. She is the first American Samoan and the first Hindu member of Congress.

“There are a lot of reasons for me to make this decision. There are a lot of challenges that are facing the American people that I’m concerned about and that I want to help solve,” she said, listing health care access, criminal justice reform and climate change as key platform issues. 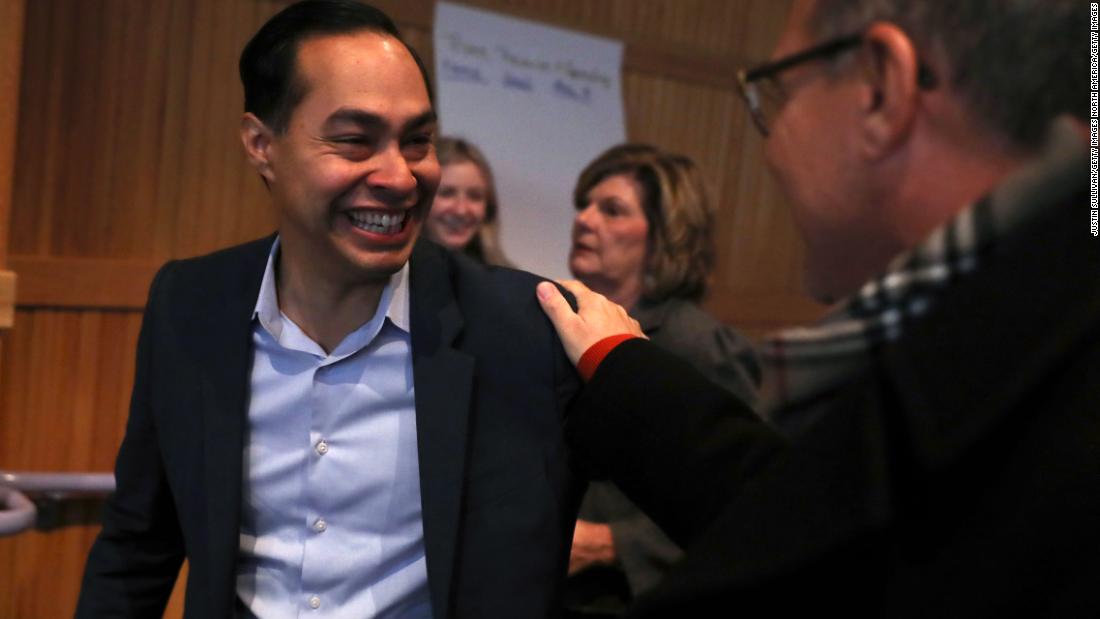 Former secretary of Housing and Urban Development Julián Castro officially announced his presidential bid in San Antonio on Saturday, beginning a campaign that will look to turn his uniquely American immigrant story into a direct repudiation of...

Former secretary of Housing and Urban Development Julián Castro officially announced his presidential bid in San Antonio on Saturday, beginning a campaign that will look to turn his uniquely American immigrant story into a direct repudiation of President Donald Trump.

“When my grandmother got here almost a hundred years ago, I’m sure she never could have imagined that just two generations later, one of her grandsons would be serving as a member of the United States Congress and the other would be standing with you here today to say these words: I am a candidate for President of the United States of America,” Castro said.

His identical twin, Rep. Joaquin Castro, will serve as his campaign chairman, according to a campaign press release provided to CNN.

Castro, the former mayor of San Antonio, had been considering a bid for nearly two years and announced a presidential exploratory committee in December. He has long been viewed as a rising star in the Democratic Party since he first landed on the national scene by delivering the keynote speech for President Barack Obama at the 2012 Democratic National Convention.

She should just quit now. This story will bury her campaign. 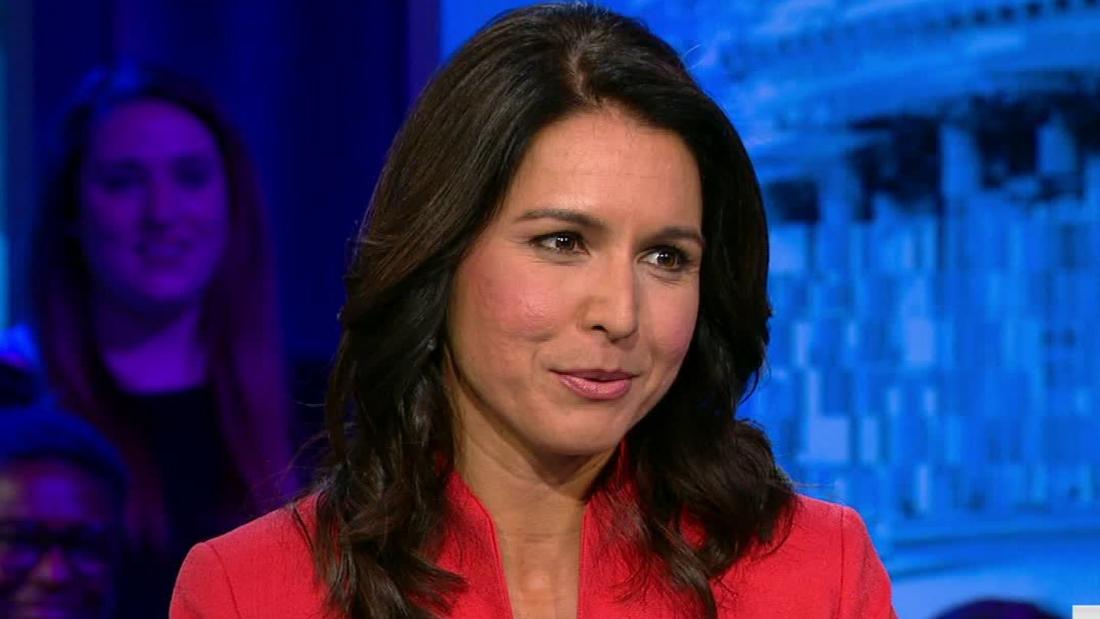 Rep. Tulsi Gabbard in the early 2000s touted working for her father's anti-gay organization, which mobilized to pass a measure against same-sex marriage in Hawaii and promoted controversial conversion therapy.

Sen. Kirsten Gillibrand of New York announced Tuesday that she will run for the Democratic nomination for president in 2020, in a campaign that is expected to lean heavily on gender issues and imagery.

She told host Stephen Colbert on CBS’s “Late Show” that she believes she has “the compassion, the courage and the fearless determination” necessary.

“The first thing I would do is restore what’s been lost: the integrity and the compassion in this country,” she said. “I would bring people together to start getting things done.”

Gillibrand, 52, is most well known for her efforts to combat sexual assault in the military and on college campuses, to repeal the military’s policy of “don’t ask, don’t tell” and to make it easier for Capitol Hill staffers who have been sexually harassed or assaulted to report their experiences.

The senator has latched on to the burst of activism prompted by President Trump’s election and his policies, a movement that’s largely driven by women. She called the 2017 Women’s March on Washington “truly the most inspiring moment of my entire life” and joined the protesters who challenged Brett M. Kavanaugh’s nomination to the Supreme Court last fall. She also stood up to fellow Democrats as the #MeToo era dawned, criticizing then-Sen. Al Franken of Minnesota and former president Bill Clinton for their alleged inappropriate behavior toward women.

I’m going to put this right here just in case anyone needs a reminder of how long the list was asking for Franken’s resignation. It’s a sore spot for a lot of Democrats but she had a lot of support, it was a group effort. 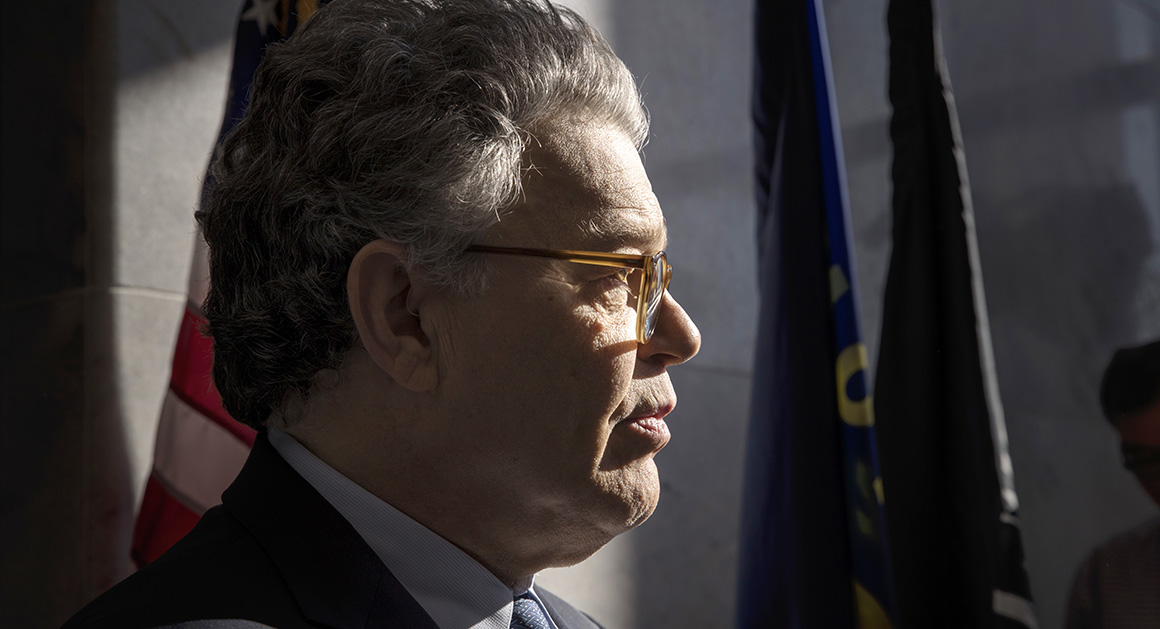 Full list: Schumer and majority of Democratic senators call for Franken to...

Sherrod Brown is doing a listening tour, ramping up for Presidential run, announced today on MSNBC.

Ohio Sen. Sherrod Brown on Tuesday inched closer to declaring his run for president in 2020.

Democrat Pete Buttigieg, the 37-year-old mayor declaring his bid for the 2020 presidential race - moving the needle as “the first openly gay presidential nominee from a major political party.”

SOUTH BEND, Ind. — Democrat Pete Buttigieg, the 37-year-old mayor of South Bend, Indiana, is forming an exploratory committee for a 2020 presidential bid, according to a video and email announcement.

“The reality is there’s no going back, and there’s no such thing as ‘again’ in the real world. We can’t look for greatness in the past,” Buttigieg says in a video that includes before-and-after footage of South Bend, a Rust Belt city once described as “dying.”

“Right now our country needs a fresh start,” he says.

If he were to win the Democratic nomination, Buttigieg would be the first openly gay presidential nominee from a major political party. "Right now our country needs a fresh start," the 37-year-old says in a video announcing his exploratory committee. 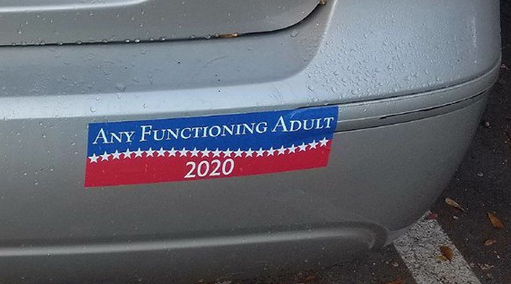 The 2020 field may be crowded — but maybe not as crowded as we originally...

First Read is your briefing from "Meet the Press" and the NBC Political Unit on the day's most important political stories and why they matter.

Those who have filed paperwork or announced presidential bids (7)

The other potential candidates we’re watching (in no particular order)