This is the letter Joe Biden has sent to the Secretary of the Senate requesting the National Archives to release not only a complaint from Tara Reade, if it is found, but “any and all other documents in the records that relate to the allegation. (via @sarahmucha)” 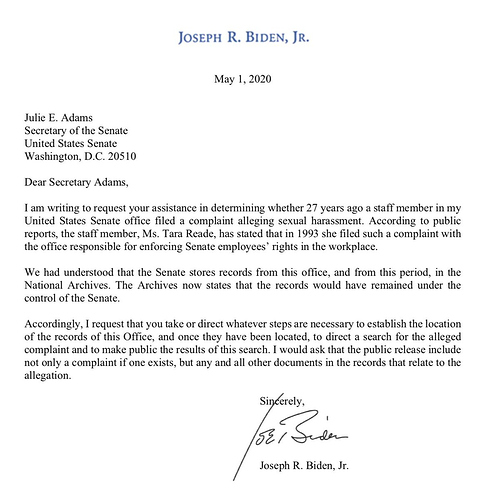 "It is not October. It is May. Joe Biden is not the nominee. The primaries are still happening. It is within your power to demand an alternative," argues @pareene, pointing to the Tara Reade controversy, while also acknowledging it sadly won't happen: https://t.co/ipz0UcjdgN

It would be pandemonium if the party rejected its presumptive nominee but it’s still an option. Broker the convention on purpose? Never been done but extreme times… people are getting crazy.

That article is ludicrous. It was published yesterday, the same day Biden did what it urges and addressed the allegations, yet acts as if that didn’t happen. I’d have waited a day to revise it before publishing it. 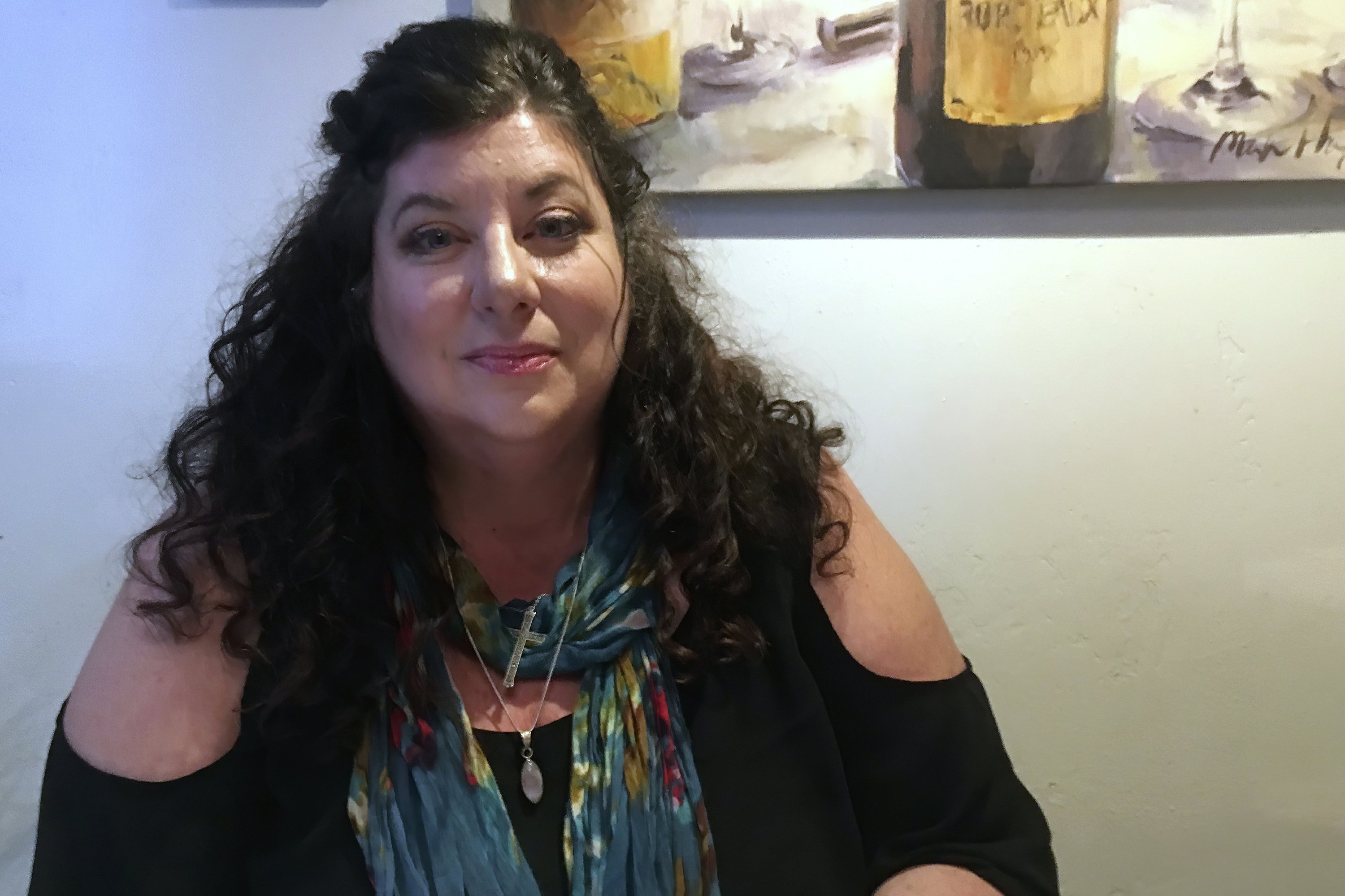 WASHINGTON (AP) — Tara Reade, the former Senate staffer who alleges Joe Biden sexually assaulted her 27 years ago, says she filed a limited report with a congressional personnel office that did... 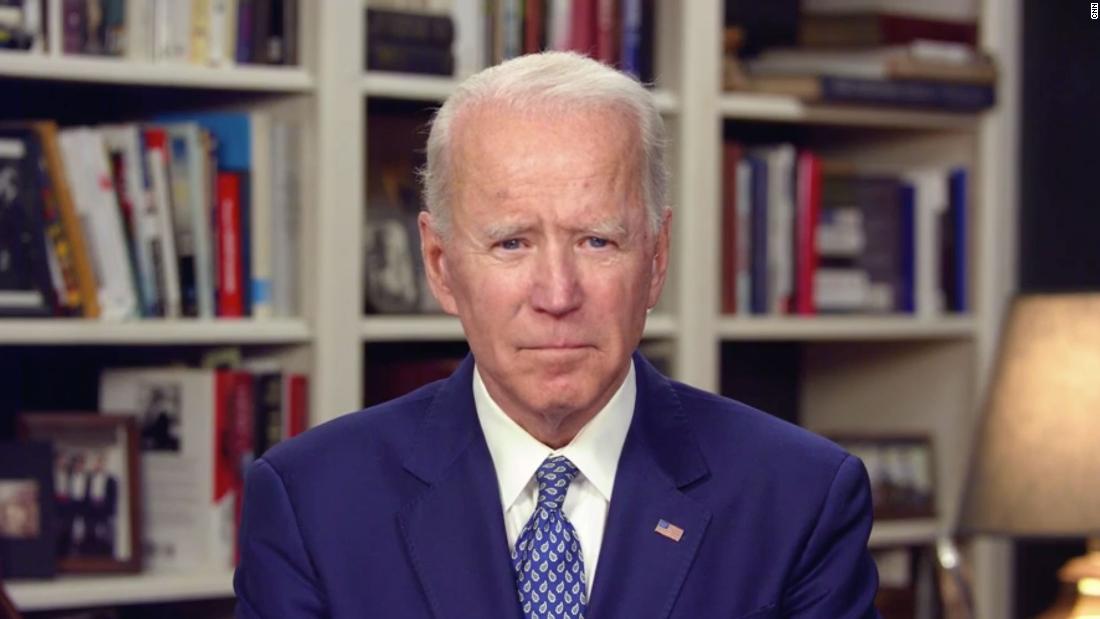 Obama team fully vetted Biden in 2008 and found no hint of former aide's...

Had any credible issue been raised, you can be sure Biden would not have been the nominee. Obama would not have tolerated it, even if he and Biden were close then, which they were not, writes David Axelrod.

I remember reading the stories vetting joe Biden in 2008. I was struck by his humility as an effective politician but also a dedicated public servant. This is why I don’t know what to believe. Yeah he can say dumb things, gaffe but his intentions never appeared sinister.

She is cancelling her appearance on Fox.

Christine O’Donnell appears to have made her niece accuse Biden of harassment at a dinner he never went to and ABC ran it without vetting it. 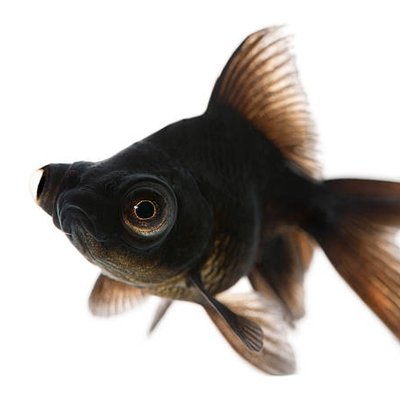 Oh my God. The woman who pushed the bullshit thing about Christine O'Donnell's niece that was just debunked? SHE WORKED ON THE TULSI GABBARD CAMPAIGN. 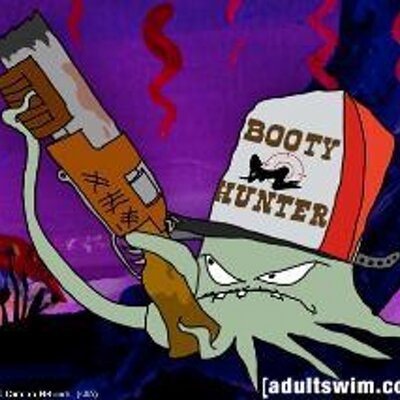 @CharlesPPierce Here is the lede. "Christine O'Donnell says niece was sexually harassed by Biden at dinner. Biden was not at dinner. " There, fixed it for her.

Wow, @SashaPezenik what fine "journalism." You put the FAKE story out there about Christine O'Donnell's niece w/o any fact-checking, let it simmer for an hour, and then delete the thread... knowing the damage has been done. I'm sorry, but @ABC should reconsider your employment.

P.S.: Christine O’Donnell is the one who ran the “I’ Am Not A Witch” commercial running for congress.

The idea is by controlling the media, you control your message and give T supporters what they want. Looks like the T family just want more of what OANN has to offer - undivided loyalty.

“Trump Is Really Aiming to Take Down Fox”: A Group Associated With Donald Trump...

Possibly hedging against a 2020 loss, the Trump family builds ties to a network that’s much more loyal than Fox.

When liberals look at Fox News, they tend to see Trump TV: a cable network that, with a few exceptions, has relentlessly pushed his policy objectives, and praised him in the terms that he loves. But that is not the way Donald Trump himself sees it. Trump loves that many Fox hosts are his loudest cheerleaders—but any deviation from Trumpian orthodoxy he views as betrayal. He sees himself as responsible for the network’s continued ratings success, and expects to be treated as such. In private, Trump reminds friends that Fox tried to derail his campaign during the 2016 Republican primary, and he vents that Fox owes its record ratings to him. “At the end of day, Trump thinks he owns Fox. He thinks he made them,” said a Republican who discussed Fox with Trump.

Trump’s frustration with Fox has only intensified during the coronavirus pandemic. As the nation’s COVID-19 death count rises, and Trump’s poll numbers slide, Fox executives have sidelined the network’s most flagrant coronavirus deniers. In late April Fox cut ties with MAGA stars Diamond and Silk after the duo promoted bizarre COVID-19 conspiracies, including speculation that the virus was man-made or that New York state was inflating deaths totals to hurt Trump politically.

Trump’s view that Fox is insufficiently loyal has motivated him to look for a more reliable media partner. On April 26, he tweeted: “The people who are watching @FoxNews, in record numbers (thank you President Trump), are angry. They want an alternative now. So do I!”

Trump now is on the verge of having that alternative. According to sources, an investor group aligned with his son Don Jr. and the Dallas-based Hicks family has acquired a major stake in One America News Network, the fledgling conservative cable-news channel that features hosts like Jack Posobiec, a chief promoter of the Pizzagate conspiracy. “[RNC co-chair] Tommy Hicks and Don Jr. have been looking to buy a station for Trump TV,” said one source briefed on the talks. “This is all about building a Fox competitor. Trump is really aiming to take down Fox,” the person briefed on the deal told me. (A person close to Hicks said he resigned his position from the family business when he joined the RNC and isn’t involved in the OANN deal).

During impeachment, OANN distinguished itself by its brazen airing of pro-Trump propaganda. OANN ran a three-part series hosted by Rudy Giuliani promoting Trump’s conspiracy that it was Ukraine, not Russia, that meddled in the 2016 election. Former Trump campaign aide Michael Caputo —the current spokesman for the Department of Health and Human Services—hosted a prime-time special titled: The Ukraine Hoax: Impeachment, Biden Cash, Mass Murder.

Sources said the deal has been dragging on for months, and hasn’t yet closed. In January the Wall Street Journal reported that Hicks Equity Partners was in talks to invest $250 million to acquire OANN from parent company Herring Networks Inc. Sources told me OANN president Charles Herring was asking $300 million for the channel, a price the Trump group felt was too high (one source said the final price was around $200 million). It’s unclear whether Don Jr. invested Trump family funds in the deal or was given equity. The infusion of cash will allow OANN to improve production values and expand its modest distribution of 35 million homes (Fox News is available in more than 90 million homes). 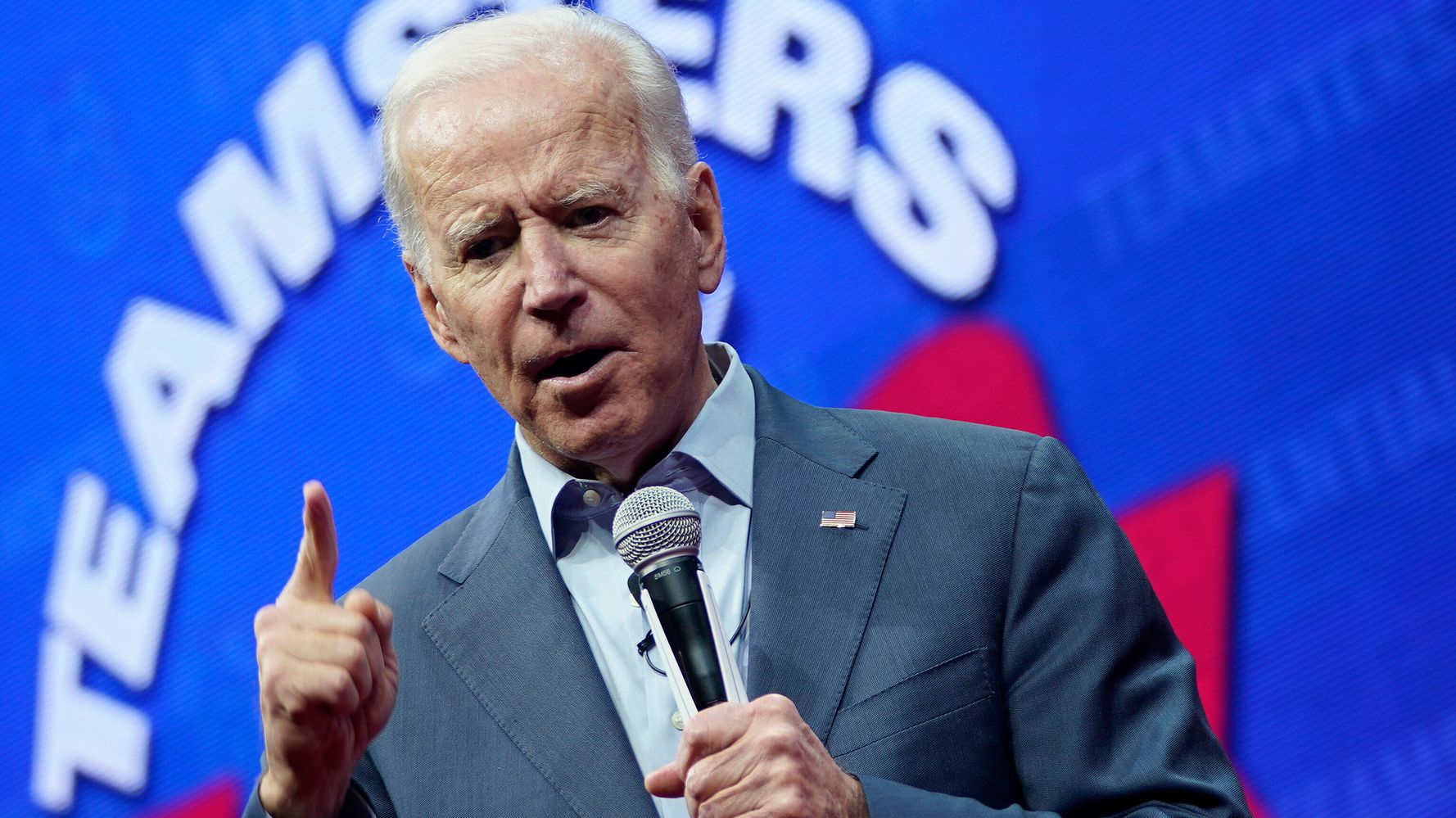 For the first time, the staff of a major party’s presidential nominee will be covered by a union pact.

PREVIEW: This ad from Republicans for the Rule of Law will air on Fox Sunday night during President Trump's town hall. In it, Republican voters tell Congress to help states ensure a fair, safe, and secure election. "We shouldn't have to put ourselves in danger to vote for you." https://t.co/HyUV5toYQd
Windthin (David Bythewood) 2020-05-07 17:05:42 UTC #734 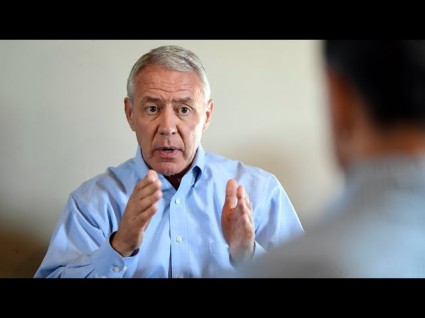 Why Trump won't act to make our recovery more likely.

Trump needs people to believe the economy and health crises are getting turned around, and he needs it to happen in time for November. Whether this actually happens is largely irrelevant to him.

An emotionally wrenching ad against T from Biden camp

…41% of U.S. adults approved of Trump’s performance in office, which is down 4 points from a similar poll that ran in mid-April. 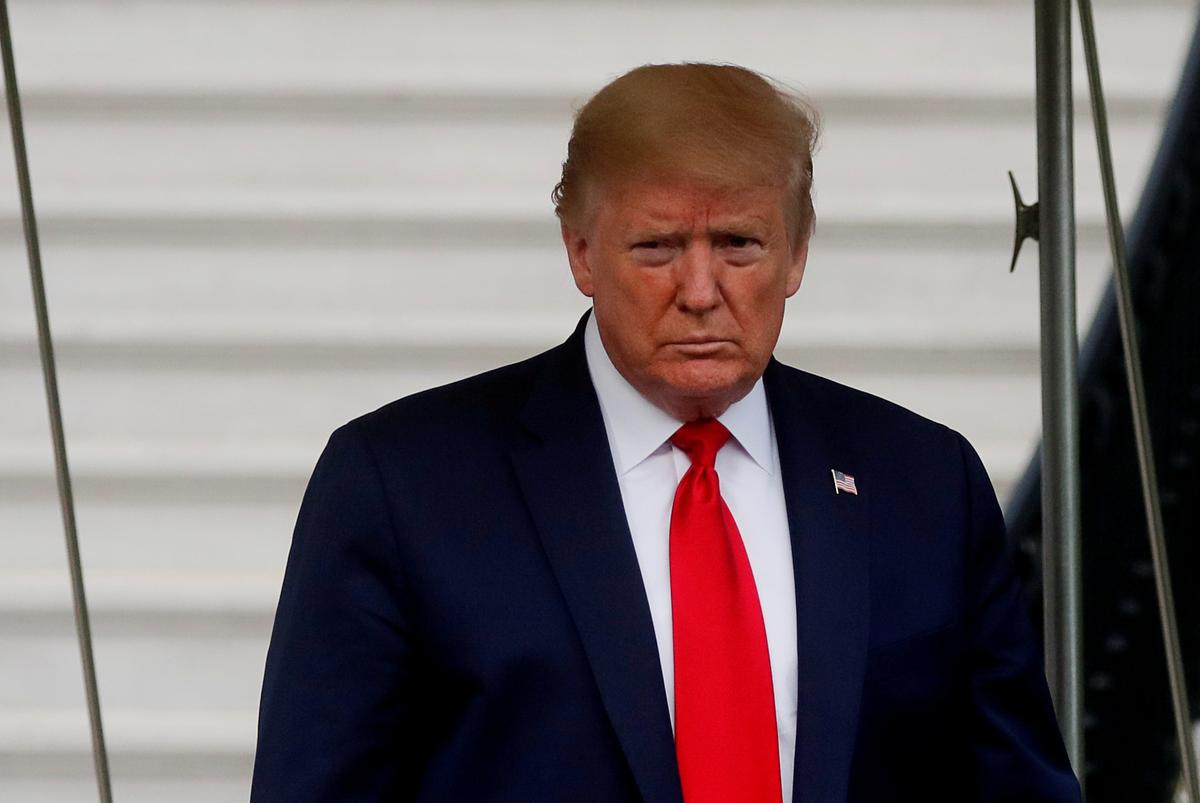 More Americans have grown critical of President Donald Trump over the past month as the death toll mounts from the coronavirus pandemic and he now trails Democratic challenger Joe Biden by 8 percentage points among registered voters, according to a...

More Americans have grown critical of President Donald Trump over the past month as the death toll mounts from the coronavirus pandemic and he now trails Democratic challenger Joe Biden by 8 percentage points among registered voters, according to a Reuters/Ipsos opinion poll released on Tuesday.

The poll conducted on Monday and Tuesday showed that 41% of U.S. adults approved of Trump’s performance in office, which is down 4 points from a similar poll that ran in mid-April. Fifty-six percent disapprove of Trump, up by 5 points in the same span.

It also found that 46% of registered voters said they would back Biden in the Nov. 3 presidential election, while 38% would vote for Trump. That compared with a 2-point Biden lead in Reuters/Ipsos polling last week.

Americans also appear to be increasingly critical of the way Trump has handled the health crisis. According to the poll, those who disapprove of Trump’s performance at the helm of the country’s pandemic response outnumber those who approve by 13 percentage points - the highest level of net disapproval since the poll started asking the question at the beginning of March

The public sees Trump as the stronger candidate for job creation, while Biden is seen as better suited on healthcare issues. The poll showed that the public was split over which candidate would be better for dealing with the coronavirus response.

The Reuters/Ipsos poll was conducted online, in English, throughout the United States. It gathered responses from 1,112 American adults, including 973 who identified as registered voters. It had a credibility interval, a measure of precision, of plus or minus 4 percentage points.

The Trump environmental policy is to tear it all down. Meanwhile: 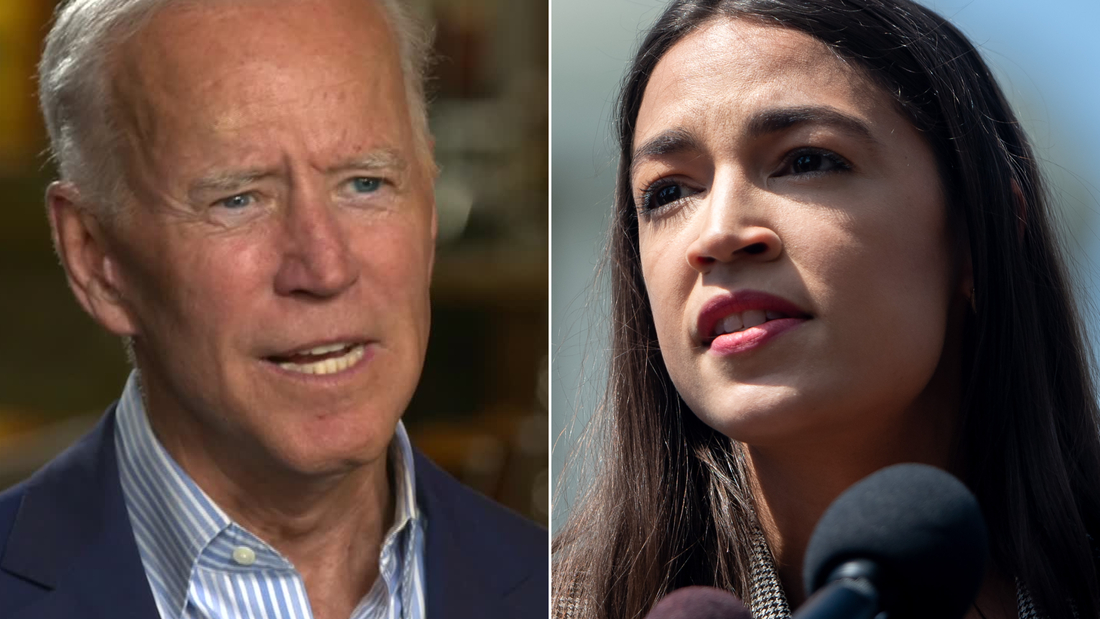 Democratic Rep. Alexandria Ocasio-Cortez will co-chair a task force for Joe Biden's campaign on climate change, a source with direct knowledge of the planning tells CNN, a move that adds progressive credentials to the former vice president's effort...

Trump’s false claim of support by 90%+ of Republicans explained:

Surveys show the president’s standing with seniors, the group most vulnerable to the coronavirus, has fallen as he pushes to reopen the country. 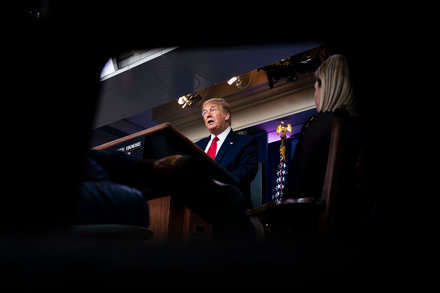 Surveys show the president’s standing with seniors, the group most vulnerable to the coronavirus, has fallen as he pushes to reopen the country.

We finally know what kind of farmer Devin Nunes is.

#VOTERFRAUD by @GOP @DevinNunes He’s planning to harvest ballots in Nov because it’s the only way they can win, folks‼️ You said the quiet part out loud, dude! &Not only will Garcia lose in November &we’re flipping #CA25 back, YOU’RE losing your seat too! Watch this space 😄✊🏼 https://t.co/7ngIPxcX4p 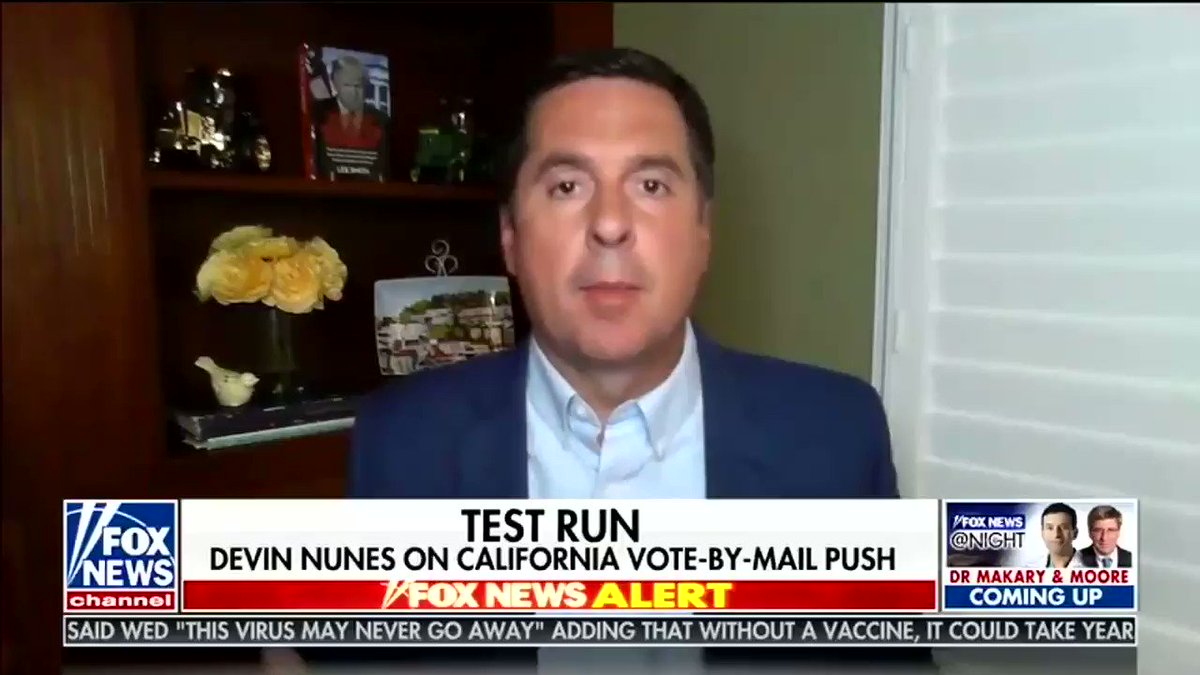 Yep. You heard him. This is Devin Nunes admitting on Fox that the GOP must engage in ballot harvesting, which is “illegal in 49 states. Believe them when they tell you who they are. Cheaters. #DemCastCA @DevinNunes’ opponent is @PhilArballo2020. https://t.co/jaQrP8QTwb” 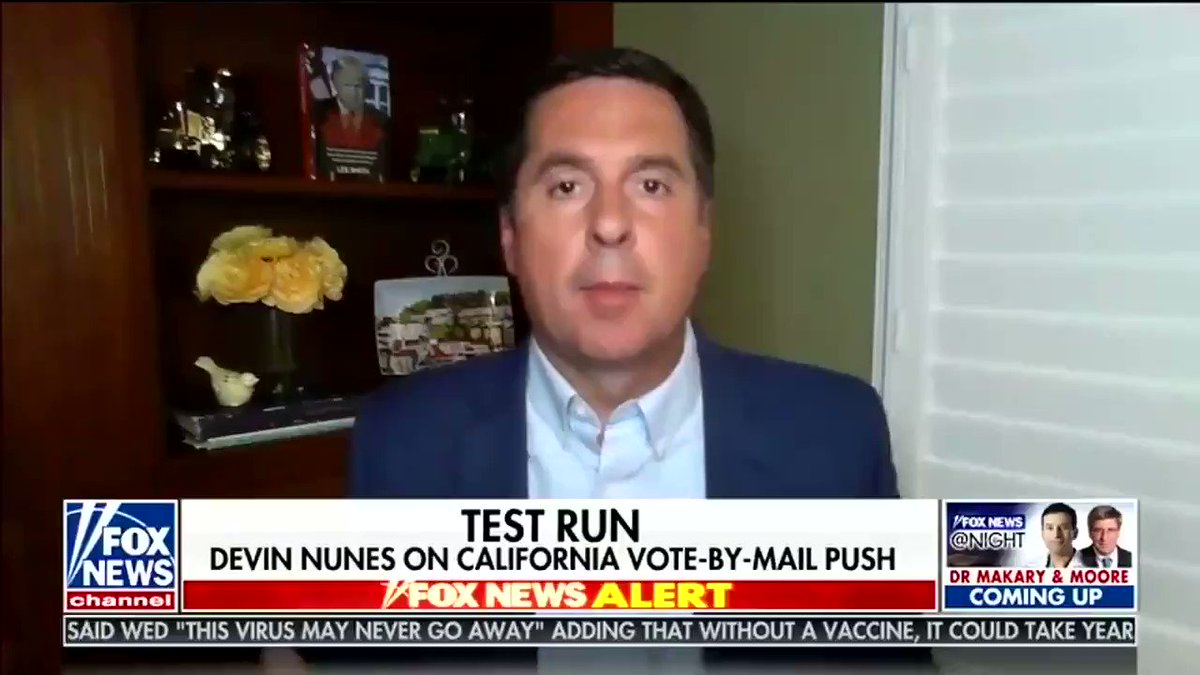 We finally know what kind of farmer Devin Nunes is. An illegal one. "We are forced to have to ballot harvest because it's the only way to win. So, as long as we have a robust ballot harvesting operation come November, and I hate saying that because it's illegal in 49 states..." https://t.co/XG47F0IDt6
Pet_Proletariat 2020-05-16 21:03:26 UTC #743 Amash, an Independent from Michigan, said Saturday that he won't seek the bid after saying last month, he was considering running under the Libertarian Party.

It seems the door has closed on the Tara Reade story.

Politico investigated and found a string of incidents where she plied people up and down central California for money and favors with sob stories before skipping out on them, and always boasted proudly of having served under Biden. 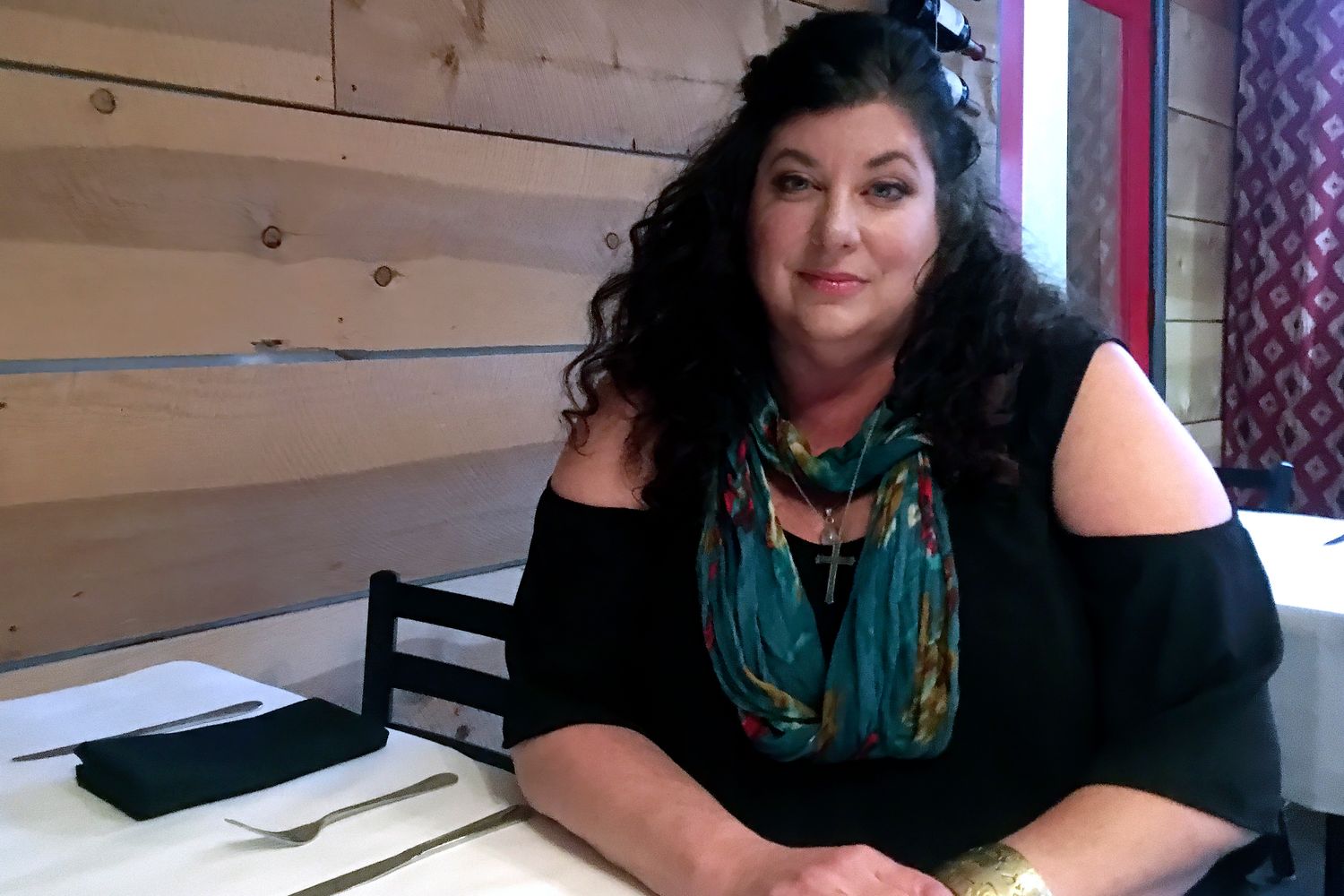 A number of those who crossed paths with Biden’s accuser say they remember two things: She spoke favorably about her time working for Biden, and she left them feeling duped.