Tune in tonight from 9-11 PM ET for the first night of the 2020 DNC, where we’ll hear from the many Americans who are rising up to take on the crises facing our country.

Democrats are coming together August 17-20. Be a part of it. 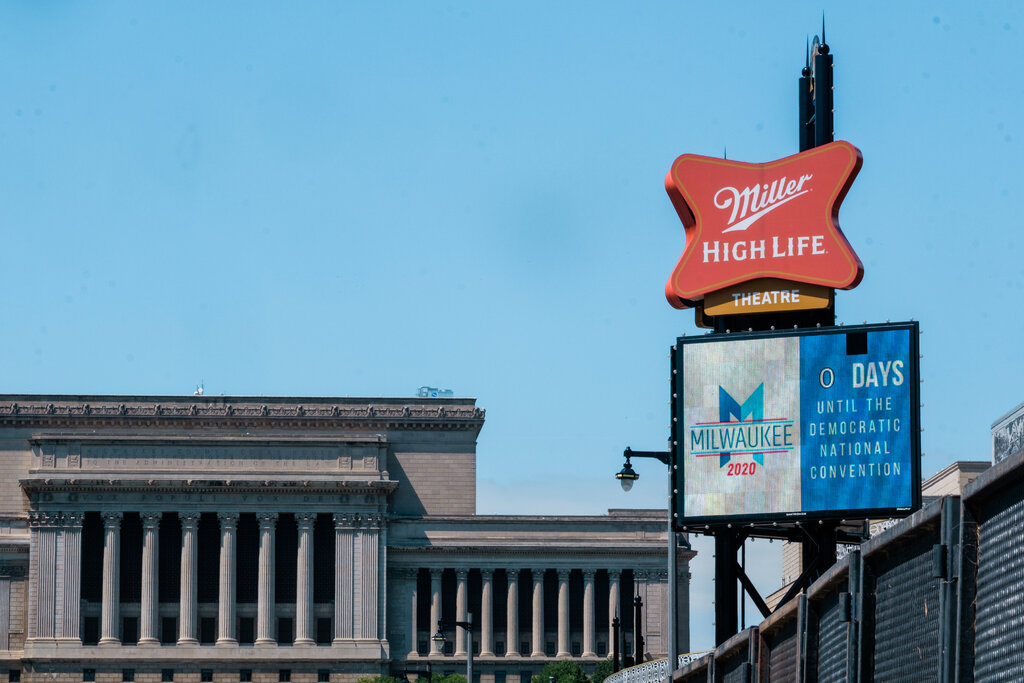 Bernie Sanders and Michelle Obama headlined the first night of the Democratic National Convention. Watch the video and read our reporters’ real-time analysis.

And here as well.

From the DNC opener - The Rising 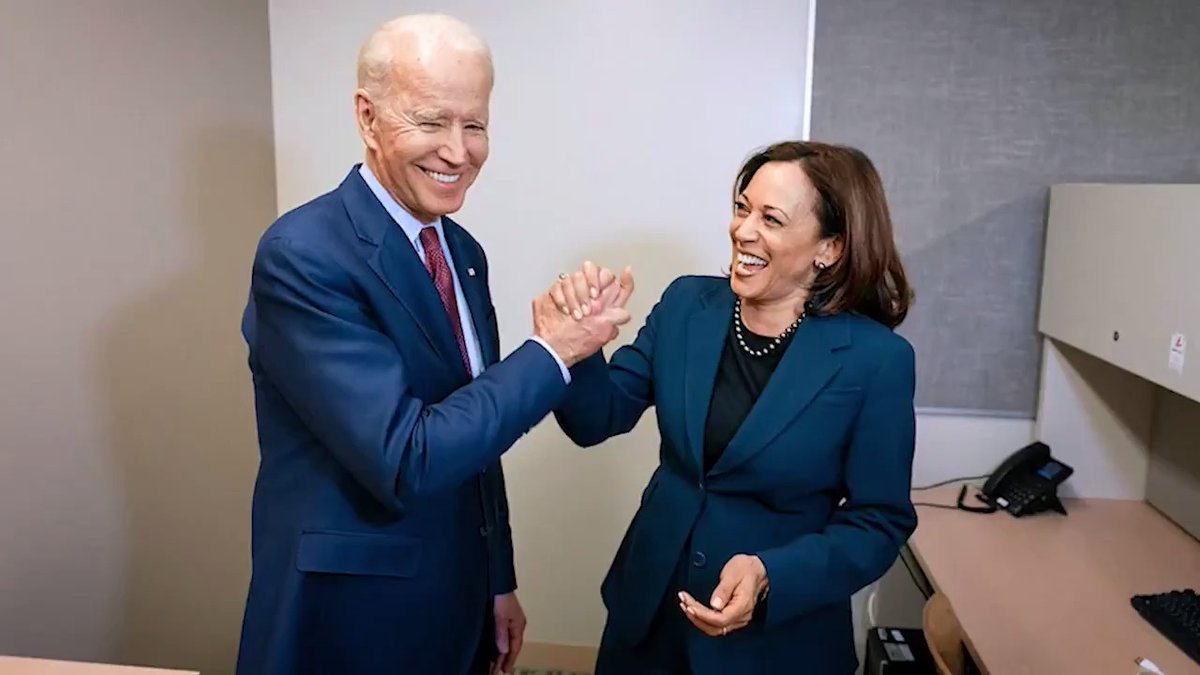 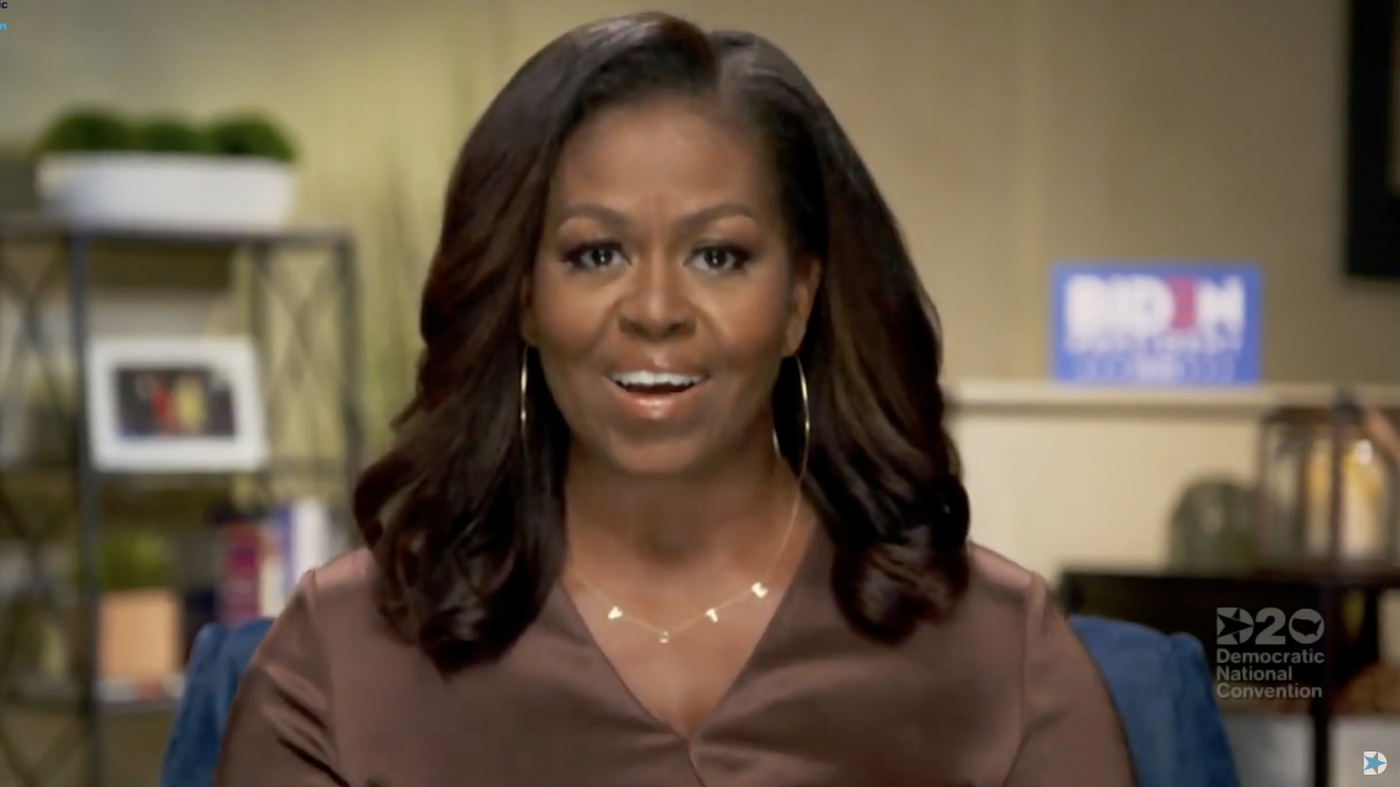 "So let me be as honest and clear as I possibly can. Donald Trump is the wrong president for our country," the former first lady said Monday night. 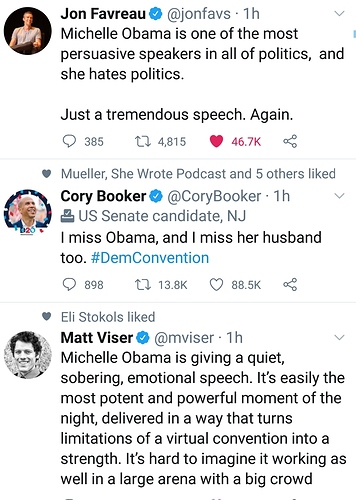 Michelle Obama is one of the most persuasive speakers in all of politics, and she hates politics. Just a tremendous speech. Again. 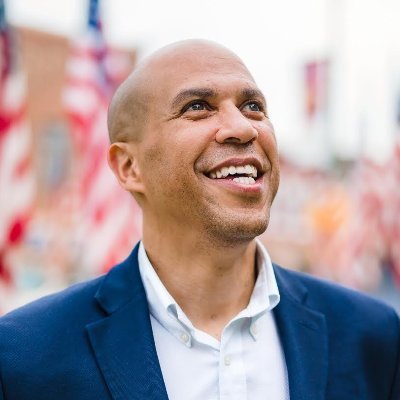 I miss Obama, and I miss her husband too. #DemConvention 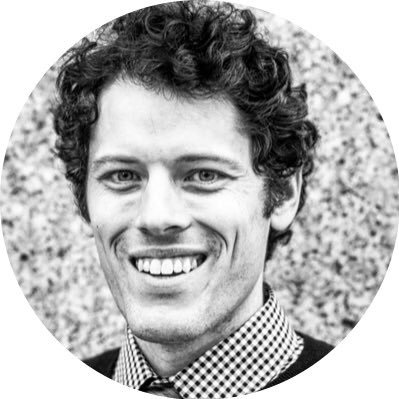 Michelle Obama is giving a quiet, sobering, emotional speech. It’s easily the most potent and powerful moment of the night, delivered in a way that turns limitations of a virtual convention into a strength. It’s hard to imagine it working as well in a large arena with a big crowd
4 Likes
Windthin (David Bythewood) August 18, 2020, 5:01am #990

Everything you need to know about mail-in and early in-person voting, including the first day you can cast your ballot in the 2020 election.

PLAN YOUR VOTE: How to vote by mail and register to vote in each state

A state-by-state guide for voting by mail and voting in person during COVID-19. Understand your state's deadlines for registering to vote, absentee ballots and mail-in voting in the 2020 election.

Quite a video here. 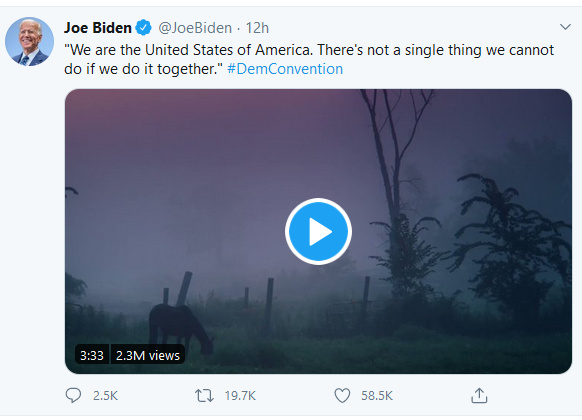 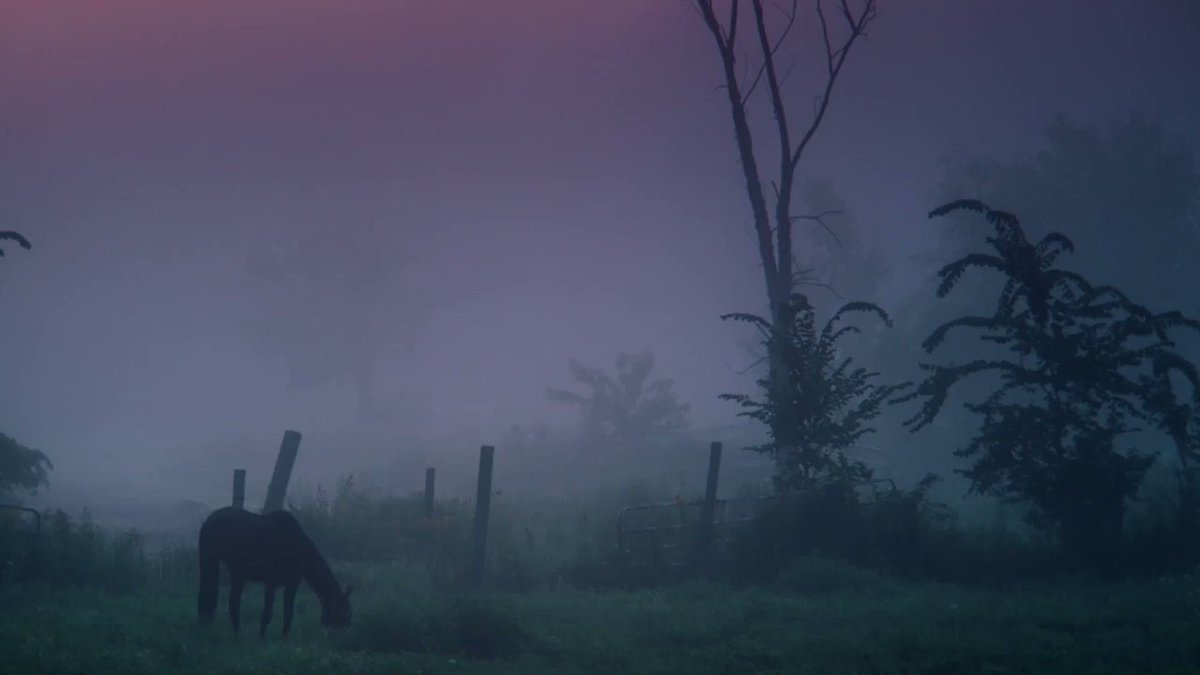 "We are the United States of America. There's not a single thing we cannot do if we do it together." #DemConvention https://t.co/SLdNN4Oxdv
2 Likes
Pet_Proletariat split this topic August 18, 2020, 2:16pm #992

A post was merged into an existing topic: Who is mystery NY Times Op Ed Author

“Everybody is fundamentally watching the beginning of the dismantling of the Postal Service,” one 22-year USPS veteran said. 'Never seen anything like it': Postal workers raise alarm on mail delays

"Everybody is fundamentally watching the beginning of the dismantling of the Postal Service," one 22-year USPS veteran said.

Posting this video, though I have a severe problem with the underlying message throughout it that Pence is closested. I have never liked that as a smear; it’s one thing to have hard evidence of somebody being a hypocrite, but accusations against people like Pence and Graham of being gay without any real evidence always feels to me like denigrating somebody over perceived sexuality. “Looks” and “behavior” and blatant homophobia are not, in my book, evidence enough to warrant that. Stick to the bad things they’re doing, not supposition. If you have PROOF they’re being hypocritical, that’s another matter.
https://www.youtube.com/watch?v=LnkGU7eiLkM

I have never liked that as a smear;

Agree with you…very underhanded and says more about the promoter of these assertions as someone who has to fully dismantle someone based on perceived negatives.

Even if he is, everyone should respect his wishes, it’s his life. With Pence I always bring up that fact before he ran for office he was just a talk radio show host. Even the Republican Party thought he was just ineffectual milquetoast muppet. After his first term as the Governor of Indiana, his own party was set to primary him before Trump selected him to run as Vice President.

A post was merged into an existing topic: Congressional Oversight 2020 - election edition

Yes, a lot of people are interested in knowing what Biden/Harris are going to do.

NEWS: 28.9 million Americans tuned in to @DemConvention last night across TV & digital platforms, up from 2016 & shattering the previous record for digital streams, which totaled 10.2m even as numbers still come in. We are producing a digital convention, and people are watching.
3 Likes
Pet_Proletariat August 19, 2020, 12:47am #998

Tune in on Tuesday, August 18 from 9-11 PM ET for the second night of the 2020 Democratic National Convention, where we’ll hear from all those who seek to unite and not divide.

Democrats are coming together August 17-20. Be a part of it. 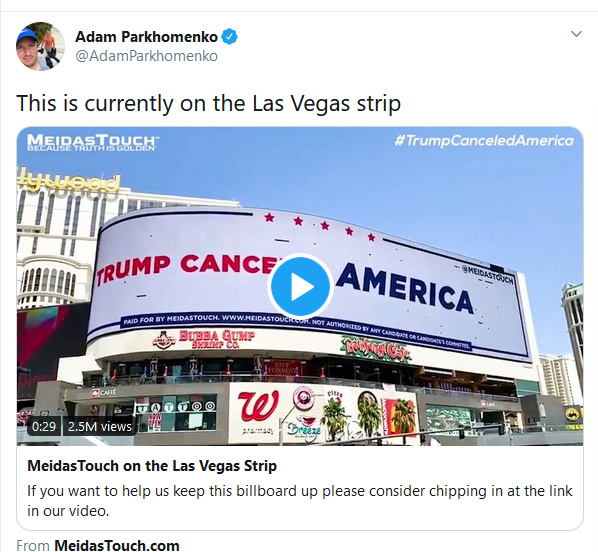 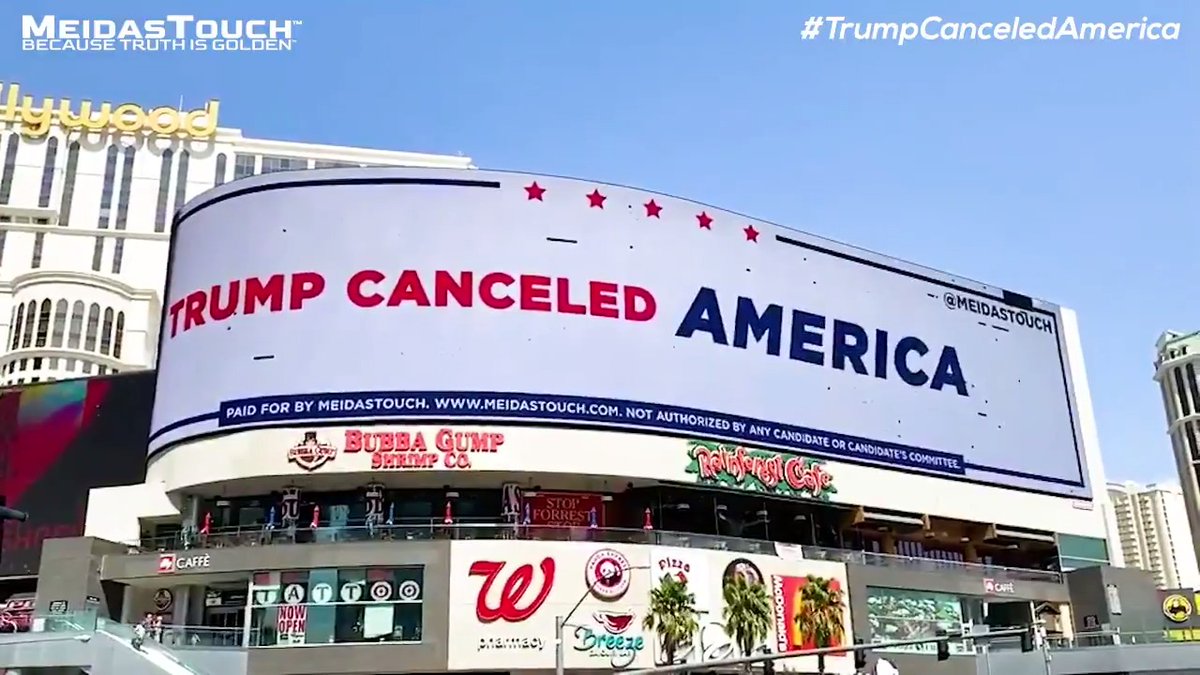 This is currently on the Las Vegas strip https://t.co/z3G7kGo3tr

Lots of hot takes still floating around from night 2 of the convention. AOC was fine, she was there to second Bernie’s nomination and then people forgot that we do that every year with the runners up. Suddenly she snubs Biden? Nah, that’s just tradition, friends, we do that every national convention. 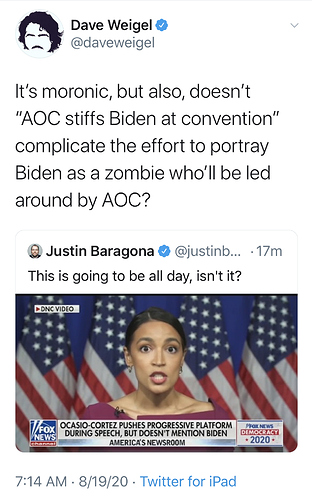 It’s moronic, but also, doesn’t “AOC stiffs Biden at convention complicate the effort to portray Biden as a zombie who’ll be led around by AOC? https://t.co/1CjBzZ3mML”

Role call was a hit. Watch here if you missed it

And Jill Biden! Love her! 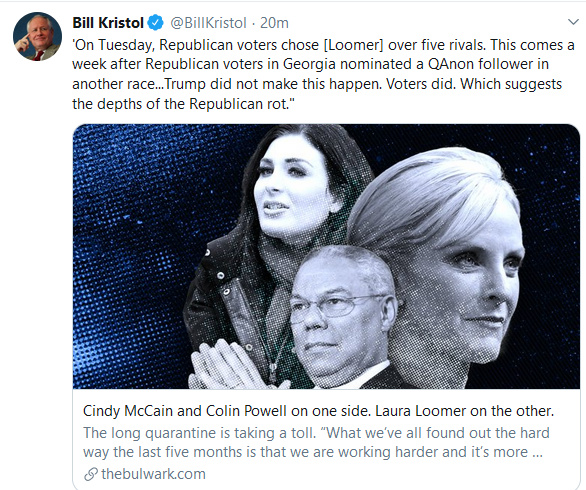 'On Tuesday, Republican voters chose [Loomer] over five rivals. This comes a week after Republican voters in Georgia nominated a QAnon follower in another race...Trump did not make this happen. Voters did. Which suggests the depths of the Republican rot." https://t.co/nstSZvE0ok

#MAGA #MAGA2020 this shit is not ok and you know it! It is ur cousin, ur brother, ur friend and if you know somone who acts like this you know they are not “legit” I’m not judging, I have it in my own family and I don’t trust my cousin as far as I can throw him! #BidenHarris2020 pic.twitter.com/ouX10iNsMT Cindy McCain and Colin Powell on one side. Laura Loomer on the other. - The...

The long quarantine is taking a toll. “What we’ve all found out the hard way the last five months is that we are working harder and it’s more intense and there are no breaks, or community,” an executive tells Politico. “And it bleeds into weekends... 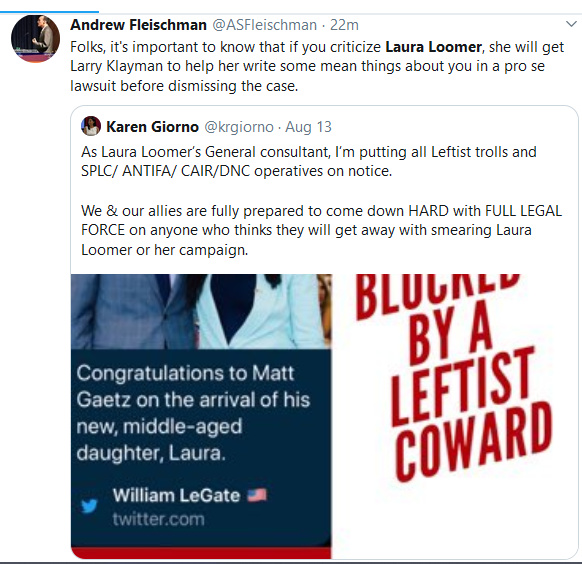 Folks, it's important to know that if you criticize Laura Loomer, she will get Larry Klayman to help her write some mean things about you in a pro se lawsuit before dismissing the case. https://t.co/ivznVbcot4

As Laura Loomer’s General consultant, I’m putting all Leftist trolls and SPLC/ ANTIFA/ CAIR/DNC operatives on notice. We & our allies are fully prepared to come down HARD with FULL LEGAL FORCE on anyone who thinks they will get away with smearing Laura Loomer or her campaign. pic.twitter.com/avfEjWrE7o 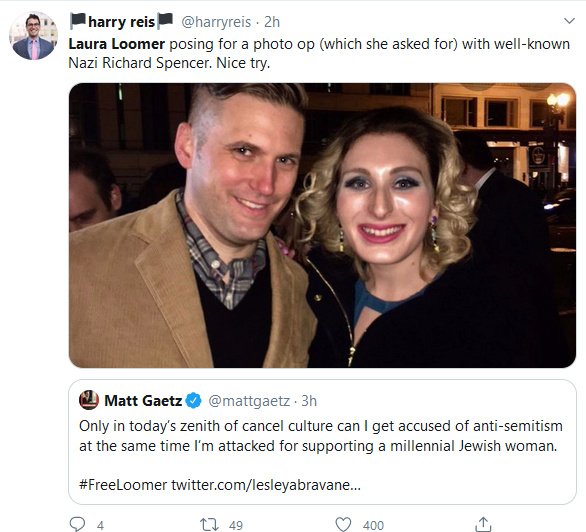 Laura Loomer posing for a photo op (which she asked for) with well-known Nazi Richard Spencer. Nice try. https://t.co/i0eYDYlkke 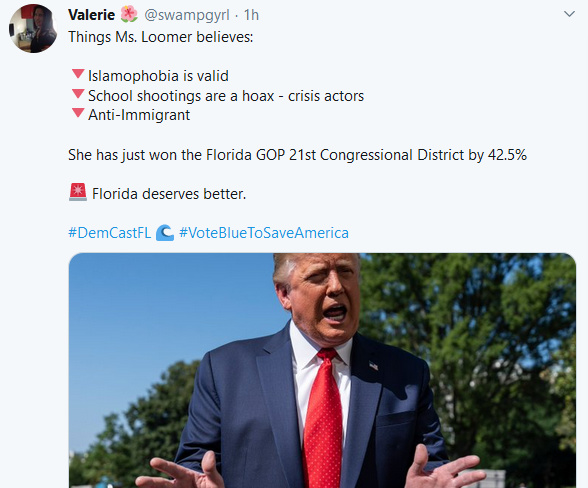 Trump’s dip in support had made Ohio is one of four true toss-up states. So naturally he goes to war with one of its largest employers... https://t.co/yrB8YTF6ox

Don’t buy GOODYEAR TIRES - They announced a BAN ON MAGA HATS. Get better tires for far less! (This is what the Radical Left Democrats do. Two can play the same game, and we have to start playing it now!). 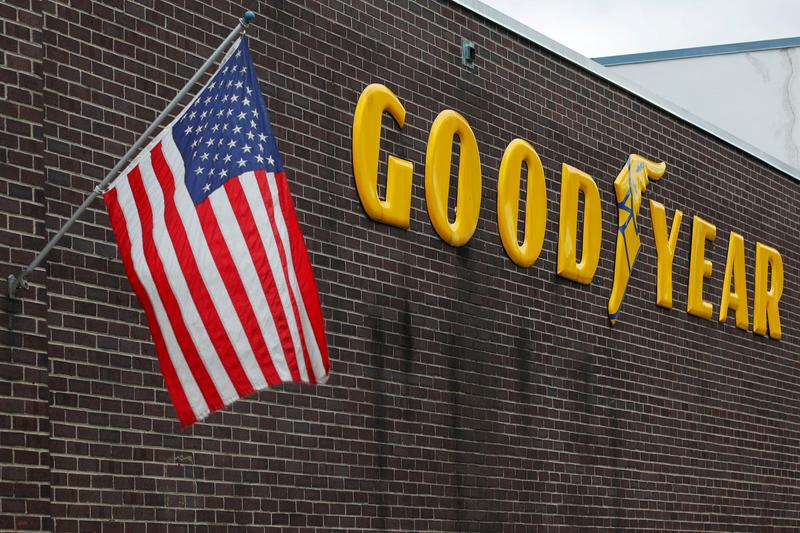 Trump’s tweet follows a report carried on the website of an NBC affiliate in Wisconsin about a Goodyear training session in Ohio about political attire.

The intersection of misogyny and racism. 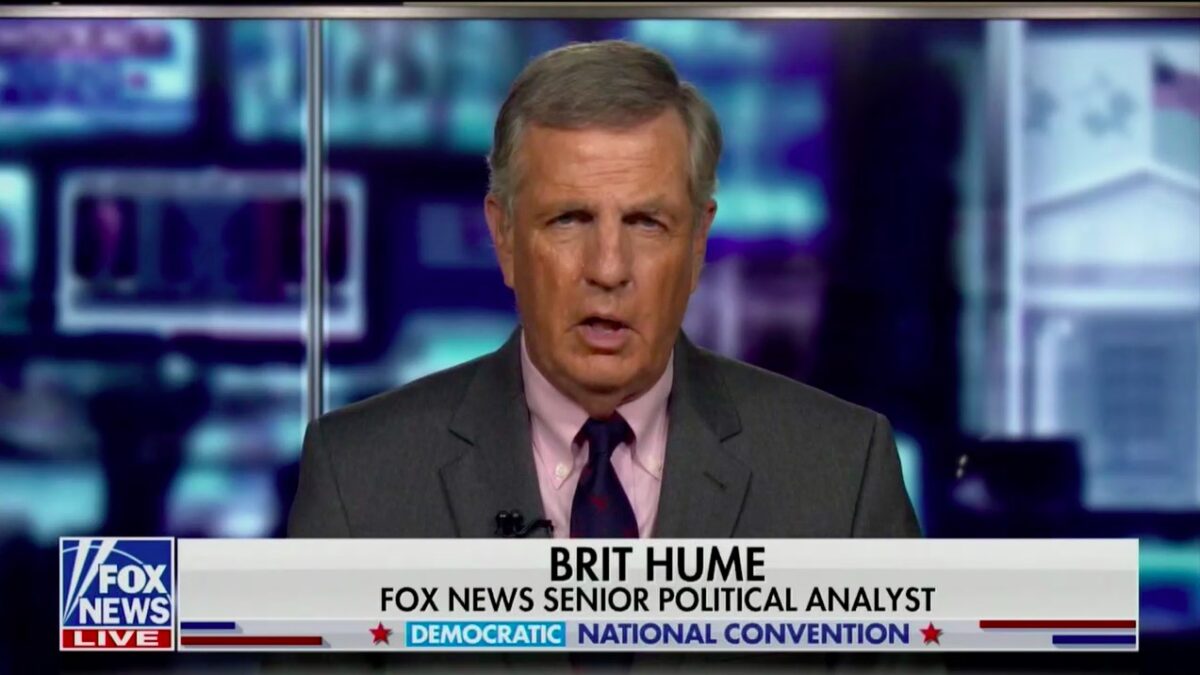