This is for reals. It’s in this format so I could tweet it. 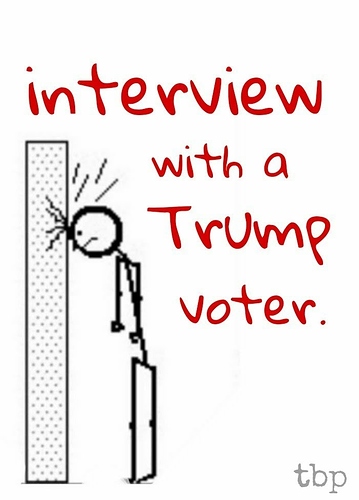 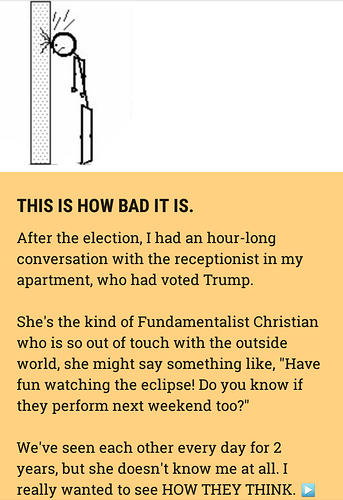 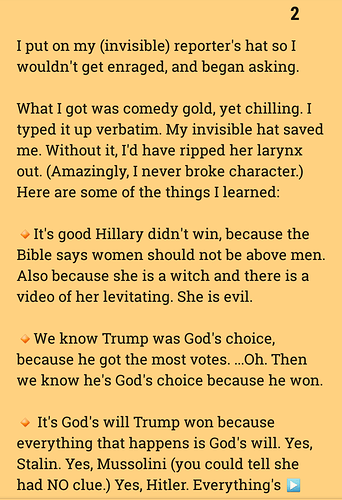 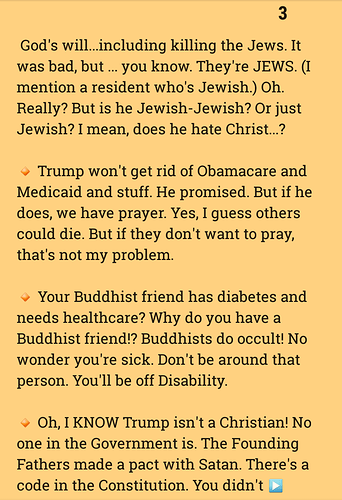 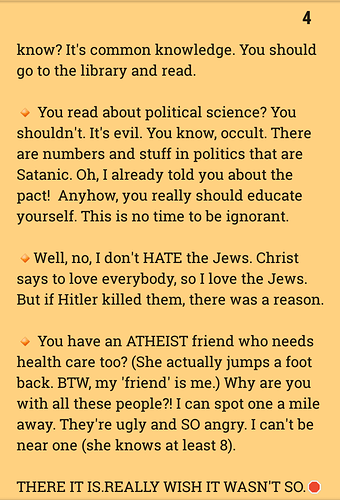 Man whatever. I know of people who are glad everything is going down the way it is just to spite the libs.

There’s no B.S. like a believer’s B.S. They can & do rationalize ANY thing, & then feel superior for doing so.
Look out, I’m an atheist too…it might be contagious?
In tough times, more people turn to religion for comfort…which makes them ripe for the picking when you have criminal manipulators like trump & (much of) the GOP afoot, looking to take over the country for themselves.
I know a very Christian woman who told me that she & her church-going friends saw trump as some sort of savior…
yes, she really said that! She’s been slowly back-pedaling since the election, but it’s too late. Believers are gullible, and what’s more, they choose to be…they work at it and they’re proud of it. Education is the answer, which is why the GOP wants more people home-schooled, so they aren’t exposed to too much thinking.
Now don’t get me wrong, there are some good concepts put forth in most religions…but they never tell their followers to rely on the brain that God gave them. No, they use fancy mystical language & pretend to be the only
path for their followers to attain life-everlasting etc. It always helps if you can donate more money to be “saved” -and who wants to risk being wrong about this? Well, me, for one…and I’ll let you in on a little-known secret: atheists have morals & ethics too! What’s more, many of us have given it far more personal thought than those who simply swallow what they’re told.