Comey's book and his reveals

With Comey’s book “A Highter Loyalty” coming out on 4/17/18 we are going to be hearing a lot more from him. Yes, I believe T does act like a mob boss, requiring loyalty, ignoring laws and acting with an imperious attitude.

And more bits of evidence will be coming out as well, including the Dana Boente’s corroborating notes of Comey’s interview with T, when T asked for Comey to back off the Russian investigation (Maddow’s show 4.10.18 presented these notes). Dana Boente was the former Justice Dept official, and fired by T now at the FBI.

Don’t know who might have released these notes…somebody’s lawyer perhaps?

And we are also seeing the full weight of the FBI coming at T, because T has been acting like a mob boss and firing them at will.

According to the source:

A source present at the taping says James Comey’s interview with ABC’s George Stephanopoulos, airing Sunday at 10 p.m. as a “20/20” special, is “going to shock the president and his team.”

The Comey interview left people in the room stunned — he told George things that he’s never said before.
Some described the experience as surreal. The question will be how to fit it all into a one-hour show.
Comey answered every question.
If anyone wonders if Comey will go there, he goes there.

What’s next: Comey’s book, “A Higher Loyalty,” is out next Tuesday. He taped the interview Monday at his Washington-area home. 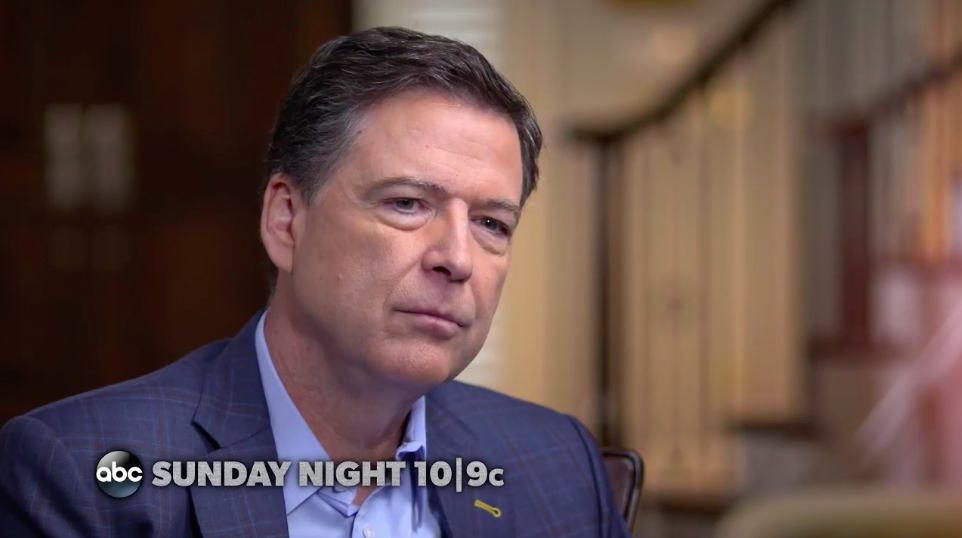 2 posts were merged into an existing topic: Day 447