1/ The top Ukraine expert at the National Security Council testified that "there was no doubt" that Trump was seeking investigations into political rivals, according to a transcript of his deposition. Within an hour after Trump's July 25 phone call with Ukraine's Volodymyr Zelensky, Lt. Col. Alexander Vindman told White House lawyers that Trump had made a "troubling and disturbing" request for an investigation. Vindman also testified that "there was no ambiguity" that Gordon Sondland, the ambassador to the European Union, told him the idea of tethering a White House meeting to the Ukrainians investigating the Bidens "had been coordinated with White House Chief of Staff Mr. Mick Mulvaney." (Washington Post / New York Times / Axios / Politico)

There's Literally No One Legally Running the Department of Homeland Security...

The DHS is supposed to protect us from our enemies, but thanks to Trump’s incompetence, the department currently doesn’t even officially have a leader. Let’s just hope there are no attacks on our nation or no national emergencies before Trump (or one of his keepers) finally puts an end to this confusion.

The White House has said President Trump’s Department of Homeland Security chief Kevin McAleenan will resign as of Nov. 11. But according to federal law, he’s already gone.

That’s because his authority to run the agency officially expired on Nov. 6, so while he will be running Homeland Security in name, he has lost the legal authority to do so.
…
“It’s not clear what happens after [Nov. 6],” one Senate aide with knowledge of the transition said. “There hasn’t really been a situation like this before.”

John Bies, an eight-year veteran of the Obama Justice Department, tells VICE News that any new regulations DHS might enact in the interim period will be moot: “If he’s the one signing them, they wouldn’t be valid,” he said.
…
“That’s not an acceptable way to run one of our nation’s biggest national security agencies,” the Senate source says.

The aide describes the transition as unwieldy at best, and said it’s hard to under-emphasize “just how chaotic and how bad this is for the country and for our national security.”
…
On Tuesday, at a hearing about threats to national security, Sen. Gary Peters (D-Mich.) excoriated a top DHS official about the vacancies.

“The absence of steady leadership at the Department of Homeland Security is a driving force [of] institutional breakdown, and risks making us less safe,” he said.

Both Peters and Sen. Ron Johnson (R-Wis.), who together lead the Senate’s committee on homeland security, submitted a joint letter to President Trump asking him to nominate a permanent DHS secretary.

Trump has long relied on the Vacancies Act to fill his Cabinet positions and skirt Senate confirmation. As of July, at least 16 different people served as acting agency heads in the administration, or in a high-level executive branch role.

Trump Sent Piece of Berlin Wall in Protest Over His Border Plans: ‘No Wall Lasts Forever’ 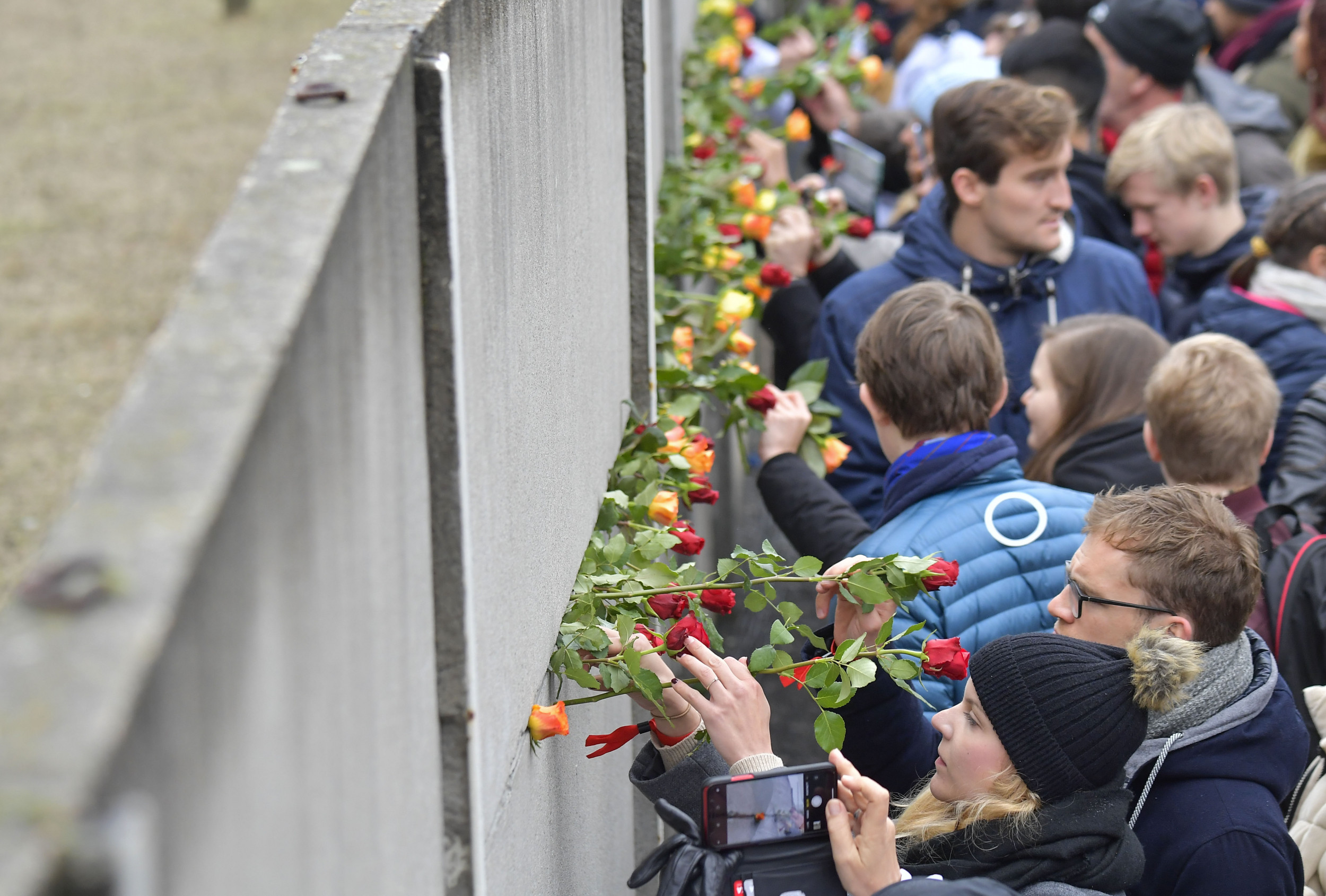 Trump sent piece of Berlin Wall in protest over his border plans: "No wall lasts...

The stunt was carried out by Berlin-based pro-democracy nonprofit group Die Offene Gesellschaft.