1/ The House Judiciary Committee will hold its first hearing next week on the impeachment of Trump. The Dec. 4 hearing on the "constitutional grounds for presidential impeachment" will feature a panel of expert witnesses who will testify "on the application of the constitutional framework of high crimes and misdemeanors to the very serious allegations regarding the conduct of the President." Chairman Jerry Nadler has invited the White House to also question witnesses. The House Intelligence Committee is expected to release its report summarizing the findings of its investigation to the Judiciary Committee soon after Congress returns from its Thanksgiving recess next week. The report will also detail how the White House refused to cooperate with the inquiry and argue that the refusal may warrant an additional article of impeachment against Trump. (Politico / CNN / New York Times / Bloomberg / Washington Post / Reuters)

Donald Trump denied directing Rudy Giuliani to go to Ukraine to look for dirt on his political rivals, in an interview with former Fox News host Bill O’Reilly.

Giuliani has said publicly that he conducted an investigation “concerning 2016 Ukrainian collusion and corruption” on Trump’s behalf.

Asked by O’Reilly what Giuliani was doing in Ukraine, Trump said “you have to ask Rudy.”

“Rudy has other clients, other than me,” Trump said. “He’s done a lot of work in Ukraine over the years.”

Giuliani is under investigation by federal prosecutors related to his activities in Ukraine. Trump’s effort to force Ukraine’s president, Volodymyr Zelenskiy, to open investigations that could be damaging to his political rivals including former Vice President Joe Biden is the subject of the House impeachment inquiry.

Witnesses in the inquiry have testified that Giuliani directed a shadow U.S. foreign policy in Ukraine aimed at securing the investigations Trump desired.

Thanks @matt for continuing to raise this issue which is one of the main reasons I (a NZer) take such a keen interest in this current Presidency.
The 2015 Paris accord is understood by all who are aware of the current crisis that the Global commitments achieved in 2015 are woefully insufficient to deal with the crisis that now is impacting on every continent. Yet the fact that almost all countries were able to come to some agreement for action - no matter how small was a major milestone that had taken decades to achieve. We are all in this together no matter where you live on this planet.

BTW I’m looking at you America - I don’t think I need to point out that one of the main stumbling blocks to working towards a unified governmental commitment to dealing with limiting GHG emissions, was the intransigence of around 68 members of the US congress to agree to ratify previous agreements. Sen Inhofe comes to mind.

However, in 2015 some progress on a united global effort to combat increasing GHG’s was achieved - only to be trashed by the greatest environment vandal of all time a year later. (I guess he has to be the greatest at something).

Anyway enough of this rant - I have been advocating government here to take action since the late 1980’s. And we have just this year passed a Zero Carbon Bill which again is not as strong as many would like - but at least it has a chance of surviving from one administration to the next as it had virtually total support from both sides of the House.

Global temperatures are on pace to rise as much as 3.9 degrees Celsius by the end of the century , according to a new United Nations report on climate change. Global greenhouse gas emissions have grown by 1.5% every year over the last decade. To meet the goals of the 2015 Paris climate accord and stay below 2 degrees Celsius compared with preindustrial levels, emissions must decline by 7.6% every year between 2020 and 2030.

Interestingly the man who brought rising atmospheric CO2 levels to the worlds attention was your own Dave Keeling who created the Keeling Curve upon which the current levels of CO2 are based. So there is really no excuse why some in America should have been so slow taking action.

And there is a NZ connection! I became aware of Global warming in the late 1970’s while I was serving on the Naval Staff in Def HQ in Wellington, and traveled on the train to work each day with a young guy who just completing his PHD in Climate Science. We spent many a pleasant hour discussing the subject. He used to work with Dave Lowe (featured in the Article below) gathering the data of concentrations of CO2 for the Southern Hemisphere - Dave Keeling’s work was mainly centred on the Mauna Loa Observatory Hawaii. But Dave Keeling was also interested in finding out what was happening in the Southern atmosphere, because the equatorial winds usually travel away from the equator rather than across it. NZ, because of our remoteness, was an ideal place, and a site on the Cook Strait between the two main Islands received plenty of off-shore wind, so it would not be influenced by nearby habitation. Anyway if you are interested you can hear more about this in the Podcast in the link below.

Climate pioneer Dave Lowe "we only have one atmosphere"

Dave Lowe's reputation in the world of atmospheric science is legendary, having measured the effects of climate change before the term was even coined! In 1972 he set up the Baring Head Clean Air Monitoring Station, an internationally recognised site...

This is another case where Trump is asking us to not believe what is right before our eyes (“What you’re seeing and what you’re reading is not what’s happening”).

As Rachel Maddow pointed out tonight, we know that Trump told Giuliani to direct the Ukraine probe of the Bidens because we heard it from his own lips. In the call to the President of Ukraine, after asking for the probe of the Bidens, the very next thing Trump says is “I will have Mr. Giuliani give you a call.”

But the sad thing is Fox News doesn’t call Trump out on this and his base will just lap it up despite the fact it’s as absurd as saying gravity doesn’t exist.

I would like to make the argument that this is every bit as much an impeachable offense as Ukraine. Trump pardoned three war criminals, over-ruling the Pentagon and top military officials, to use them to aid his own campaign.

Trump wants convicted or charged war criminals on the campaign trail with him, report says 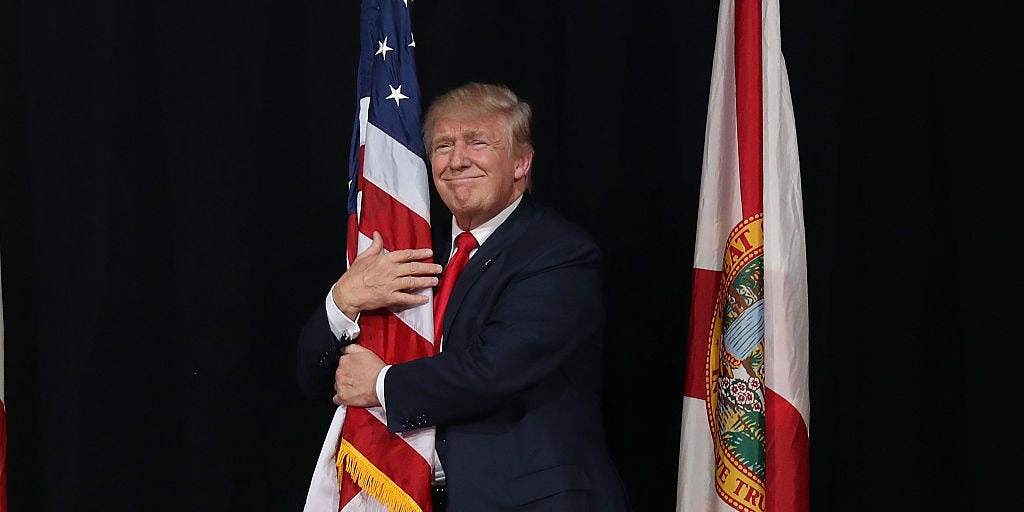 Trump wants convicted or charged war criminals on the campaign trail with him,...

President Donald Trump has intervened in three cases in which US troops were convicted or accused of misconduct on the battlefield.

Fallout from the clemency cost the Navy Secretary Richard Spencer his job, but a former Pentagon deputy chief backs the ousted official.

Fallout from the clemency cost the Navy Secretary Richard Spencer his job, but a former Pentagon deputy chief backs the ousted official.


PS: Somebody brought up that active duty armed forces can’t campaign with Trump. But Eddie Gallagher, the most high profile of the three, was allowed to retire with full honors, meaning he is now exempt from that. Will the other two do the same?
Windthin (David Bythewood) 2019-11-27 15:30:15 UTC #6

Deutsche Bank Executive Who Signed Off On Trump Loans Kills Himself At Age 55 |...

Trigger warning: suicide Thomas Bowers, a former Deutsche Bank executive and head of the American wealth-management division, killed himself in Malibu, California, on Tuesday, November 19th, according to the coronor’s initial report. First reports of...

Expect folks to be watching this one.

Yeah, I am waiting to see if anything more comes out. The fact that I could find very little on this concerns me.

Not only does T want to be involved in bribery, fraud,and other civilian corrupt acts he now wants to be a war criminal as well! This sends a hugely bad message to US allies, just days before he is to due to attend a Nato gathering. By first pardoning war crimes and then wanting to bask in the war criminals infamy, he essentially says he is condoning war crimes. These are not just crimes determined by US or any other country, they are crimes committed in violation of international agreements. See here:

The 1949 Geneva Conventions have been ratified by all Member States of the United Nations, while the Additional Protocols and other international humanitarian law treaties have not yet reached the same level of acceptance. However, many of the rules contained in these treaties have been considered as part of customary law and, as such, are binding on all States (and other parties to the conflict), whether or not States have ratified the treaties themselves. In addition, many rules of customary international law apply in both international and non-international armed conflict, expanding in this way the protection afforded in non-international armed conflicts, which are regulated only by common article 3 of the four Geneva Conventions and Additional Protocol II.

In particular the offence carried out by the Navy Seal was this:

One wonders just how T will be received in Europe after this particular international faux pas.