1/ Trump repeatedly used unsecured cellphones to communicate with Rudy Giuliani and others involved in his campaign to pressure Ukraine. Phone records released this week revealed Trump's extensive unencrypted communications that were vulnerable to monitoring by foreign spies, and his refusal to follow security guidance given to him by his aides. "It happened all the time," said one former senior aide. Trump is not identified by name in the phone records, but House Intelligence Committee investigators believe he is the person with a blocked number listed as "-1" in the files. (Washington Post / The Independent)

Being reported on Rachel Maddow tonight, at end of show that there has been some activity with the 2nd Whistleblower within the IRS who is now saying that they will not come in an appear for transcribing for the complaint statement, sworn statement.

There was a hearing to dismiss the Whistleblower complaint by the IRS in November, but the Judge did not allow this. What the IRS is balking at, aside from T’s argument for his seeing that his tax returns do not relate to anything legislative, is that tax returns are never to be divulged and discussing a party’s tax returns would not be legal. The WB would be stymied from presenting a statement because in some way somebody’s tax information would get out, so the WB is standing down for now.

With this reluctance on the Whistleblower’s part, there is some still some recourse where WB could be subpoenaed either by Sen Grassley of the Senate Finance Committee or by Rep Neal on the House Ways and Means committee. It would be unlikely the Grassley would do that considering his party preferences. 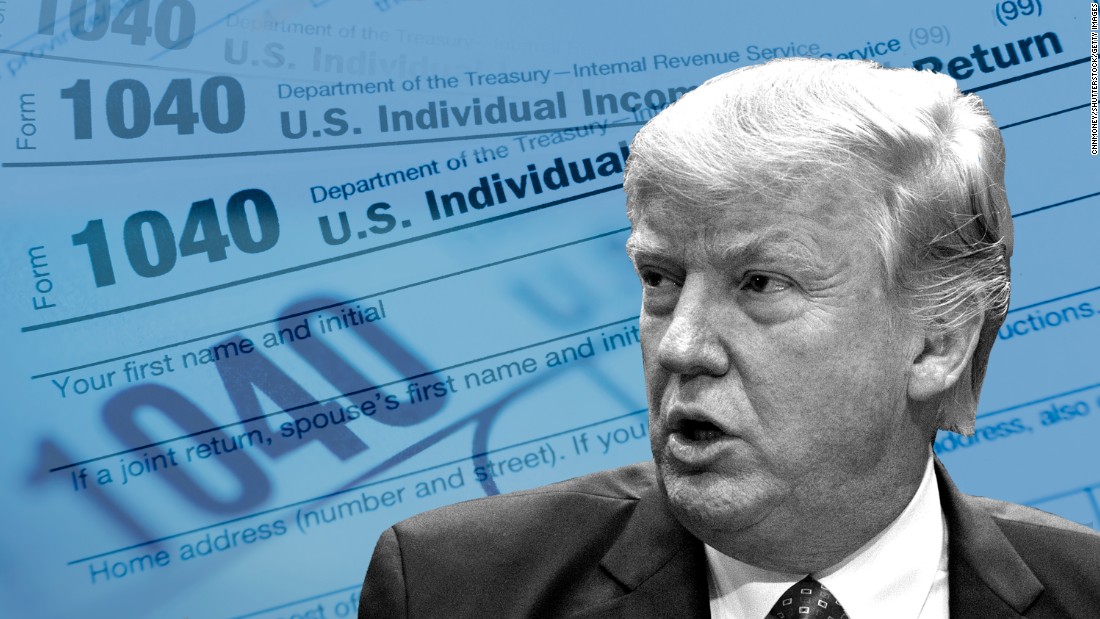 An IRS employee who is raising concerns about potential political interference in the presidential audit program is declining to voluntarily appear for a transcribed interview with the Senate Finance Committee, according to a source familiar with...

CNN)An IRS employee who is raising concerns about potential political interference in the presidential audit program is declining to voluntarily appear for a transcribed interview with the Senate Finance Committee, according to a source familiar with discussions.

After raising concerns over the summer, the whistleblower met in November with Republican and Democratic staffers on the committee but has declined an invitation to appear for a follow-up, according to the person familiar.

This same person said the whistleblower declined the transcribed interview after an official informed the whistleblower that it could be considered a violation of IRS code to provide the committee with any information related to an individual taxpayer. Under IRS code 6103, IRS employees can be fired, fined or even jailed for disclosing taxpayer information.

It is unclear what next step the committee will take. One option would be to issue a subpoena, but it is not clear that is the route the committee would take.

The Treasury Department did not immediately respond to request for comment.

Senate Finance Chairman Chuck Grassley, an Iowa Republican, invited the whistleblower to appear for a follow-up and transcribed interview.

House Ways and Means Chairman Richard Neal, a Massachusetts Democrat, requested President Donald Trump’s tax returns earlier this year, saying the committee needed to know if the presidential audit program had been conducted without political bias. Details about the program, which is not enshrined in law, are scarce.

Unless the agency finds evidence of a tax crime such as evasion and prosecutes the case, the only way the public may learn anything of what’s in Trump’s and Vice President Mike Pence’s returns is if they choose to release them, which has been a tradition for the past 40 years.

Neal has argued that he wants the records to make sure the presidential tax audit program is working properly and to make legislative fixes if necessary.

Trump and his defenders, however, have argued there is no legislative purpose for the committee to have access to Trump’s returns and that Neal is only interested in getting information that could be damaging to the President.

Will be very disappointed if Neal does not issue a subpoena.

Yes, one would think he SHOULD issue a friendly subpoena as you suggested.

Just googled some articles about him…and looks like Neal is a super cautious Representative. He’s already done the request for a backlog of T’s taxes via the courts with a subpoena, but as we’ve seen that’s gotten kicked down the road in the courts.

(Potentially the date Dec 13 might be a day when the SC will push those T appeals back, and make the appellate decision of already approving their release stick)

According to Boston Globe, Rep Neal is facing a primary challenge this year in his Western MA area. He’s been their Rep for 30 years.

The average Western Mass. voter doesn’t wince when someone is called a transactional politician,” he said. “You don’t win in Western Mass. if you’re just railing against the system. This is not a hotbed of insurgency.”

In his district, which encompasses most of the western third of the state, Neal faces his second consecutive Democratic primary challenger next year amid increasing frustration by progressives. They are upset with what they call his lack of urgency on key issues and limited opportunities for constituents to question him.

“I understand that he has worked very many years to achieve the position that he is in,” said Erin Freed, a local activist. “What I don’t understand is why he believes that he should keep that position without talking to his constituents.”

The groups are considering endorsing Neal’s 2020 primary challenger, Alex Morse, the mayor of Holyoke, who said people in the district are frustrated.

“They feel like they don’t have a member of Congress that’s accessible and listening to their concerns,” said Morse, who is backed by the national progressive organization that helped Representatives Ayanna Pressley of Massachusetts and Alexandria Ocasio-Cortez of New York upset incumbent Democrats in 2018.

Neal, 70, the longest-serving House member from New England,has fought back
against the criticism. 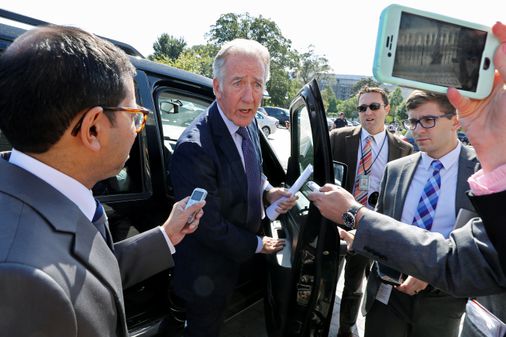 Activists in Representative Neal’s Western Massachusetts district say he hasn’t been aggressive in investigating President Trump and not accessible enough to his constituents back home.

And a more recent article about Rep Neal’s comments regarding the WB (Oct 2019) show that it is Grassley who feels more urgency about getting to the WB and hashing it out, rather than Neal’s tepid response.

Spokespeople for Neal didn’t respond immediately to requests for more information. On Sept. 27 Neal told reporters that he would consult with House lawyers, who represent him in the lawsuit for Trump’s tax returns, about making that whistleblower’s complaint public in a way similar to the publishing of an intelligence community whistleblower complaint.

Added Grassley: “Anyone who receives a whistleblower complaint should also make some effort to evaluate the facts as alleged before going public with such a complaint. This minimizes the risks to whistleblowers and maintains the sanctity of the whistleblower process.”

House lawyers are trying to speak with an IRS whistleblower who claims that audits of President Donald Trump’s tax returns have been improperly influenced, according to House Ways and Means Committee Chairman Richard Neal (D-Mass.).

This was expected from RBG 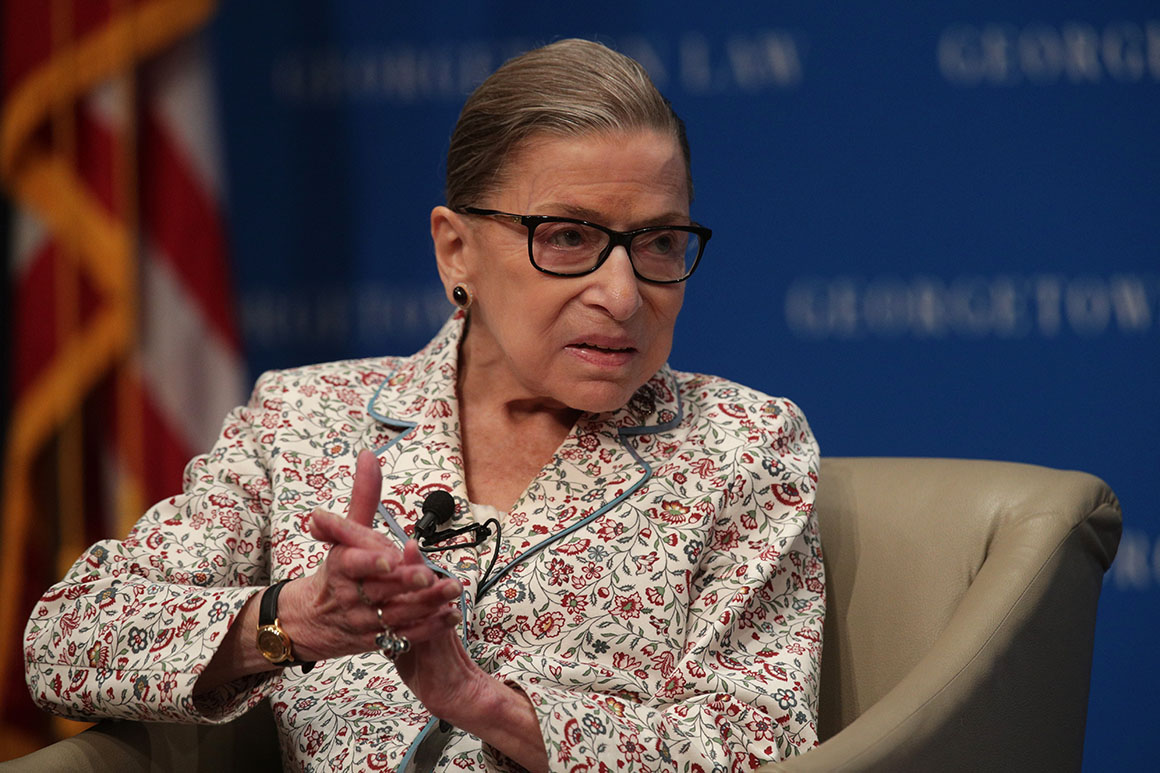 The emergency filing came after a federal appeals court in New York ruled on Tuesday that Deutsche Bank and Capital One should comply with subpoenas from the House Financial Services and House Intelligence committees seeking information about Trump’s finances.

The House subpoenas seek documents including tax returns, evidence of suspicious activity and, in the case of Deutsche Bank, any internal communications regarding Trump and his ties to foreign individuals.

@MissJava - Can I ask you to kindly ask uou to put under Impeachment plz.

These are tied to uncovering T’s financial links with any foreign entities he seems to be beholden to or perhaps the 'smoking gun."

why did you expect this?

You are right…sorry I didn’t link any source…but I listen to MuellerSheWrote broadcasts (sometimes a bit too chatty, BUT smart), something called “Daily Beans” and they brought on their legal expert Blake Anderson again (Blake Anderson twitter) who knows the ins-and-outs of how all these things work within the higher courts.

It is hard to succinctly summarize what is going on here…because it is a maze of routes they can go. RBG was supposed to have followed this procedure because it would have been more customary within her powers (however, he did not rule out the possibility that she could do a wild card response and not allow for the stay.) She did not go that wild card response.

Go to approx 23 (23:10) mins in, and he discusses the courts, Certs, Stays, RBG etc
. (Note: I linked his info back a couple of days ago Previous MuellerSheWrote Courts recap) 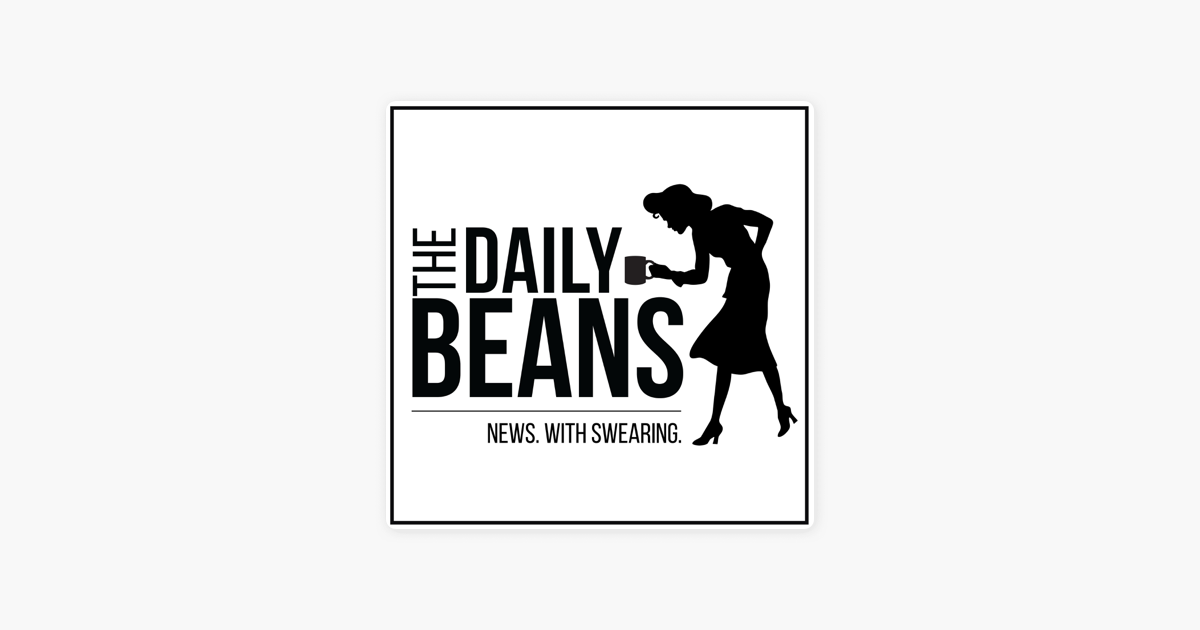 SCOTUS will either deny Trump’s stay request and hand his bank records to the House, or it will put the case on a fast-track that resolves the case by March.

This is interesting. If we see Articles of Impeachment before Christmas, this may not be resolved until after the Senate Trial. Could be damning during an election year, even if he’s acquitted in the Senate. While no one has ever attempted it, the constitution does not prohibit multiple impeachments by the House against the President.

I find what Blake Anderson writes to be pretty clear and here’s today’s take on the upcoming legal front for T, Scotus, the Dems, Impeachment.

Legal Updater for us from Blake Anderson, twitter - comments on MuellerSheWrote. Has a great ability to explain all the legal routes on the horizon.

Trump’s fate is and always has been in the hands of the US Supreme Court. He knows it. His legal team knows it. And the House Dems and their legal team know it too. The only ones who don’t know it are the general public. But you’re going to know it soon.

8/Trump is a crime boss and, worse yet, his crimes are with other foreign leaders who have him by the balls. He’s compromised. Everything he does is for the benefit of his foreign puppet masters in order to hide his crimes. And it’s all coming out.

11, Friday also is D-Day in the House Deutsche Bank case. SCOTUS will either deny Trump’s stay request and hand his bank records to the House, or it will put the case on a fast-track that resolves the case by March.

With this reluctance on the Whistleblower’s part, there is some still some recourse where WB could be subpoenaed either by Sen Grassley of the Senate Finance Committee or by Rep Neal on the House Ways and Means committee. It would be unlikely the Grassley would do that considering his party preferences.

Will be very disappointed if Neal does not issue a subpoena. I’m speculating here and reading between the lines, but it looks like the whistleblower is seeking legal cover against liability if he or she testifies. So this would be a “friendly subpoena” much like the ones issued by the House Intel Committee to the courageous witnesses who risked their careers and much more to come in and testify. Neal has been working for many months to secure Trump’s tax returns – failing to issue a friendly subpoena to the whistleblower at this point would be a gross dereliction of his duty.

The article doesn’t really state, but why did you expect this?