1/ House Speaker Nancy Pelosi won't commit to sending the articles of impeachment against Trump to the Senate until she sees "the process that is set forth" to ensure a "fair" trial. Democrats have questioned the impartiality of the Senate trial after Mitch McConnell said he's coordinating with the White House to quickly acquit Trump. Senior Democratic aides suggested it was "very unlikely" that the House will send the articles to the Senate before January, effectively delaying the impeachment trial well into the new year, in order to pressure Republicans to allow new witnesses and evidence in the proceeding. "We cannot name managers until we see what the process is on the Senate side," Pelosi said. "So far we haven't seen anything that looks fair to us." (New York Times / ABC News / Politico / CNN / NBC News / Washington Post / Wall Street Journal / Bloomberg)

@matt I think I broke the cool impeachment.wtf address again, but I had to change the title for this update.

“Chao’s corruption has gone unchecked for too long.”

"Chao's corruption has gone unchecked for too long."

The House Energy and Commerce Chairman wants Verma to resign. 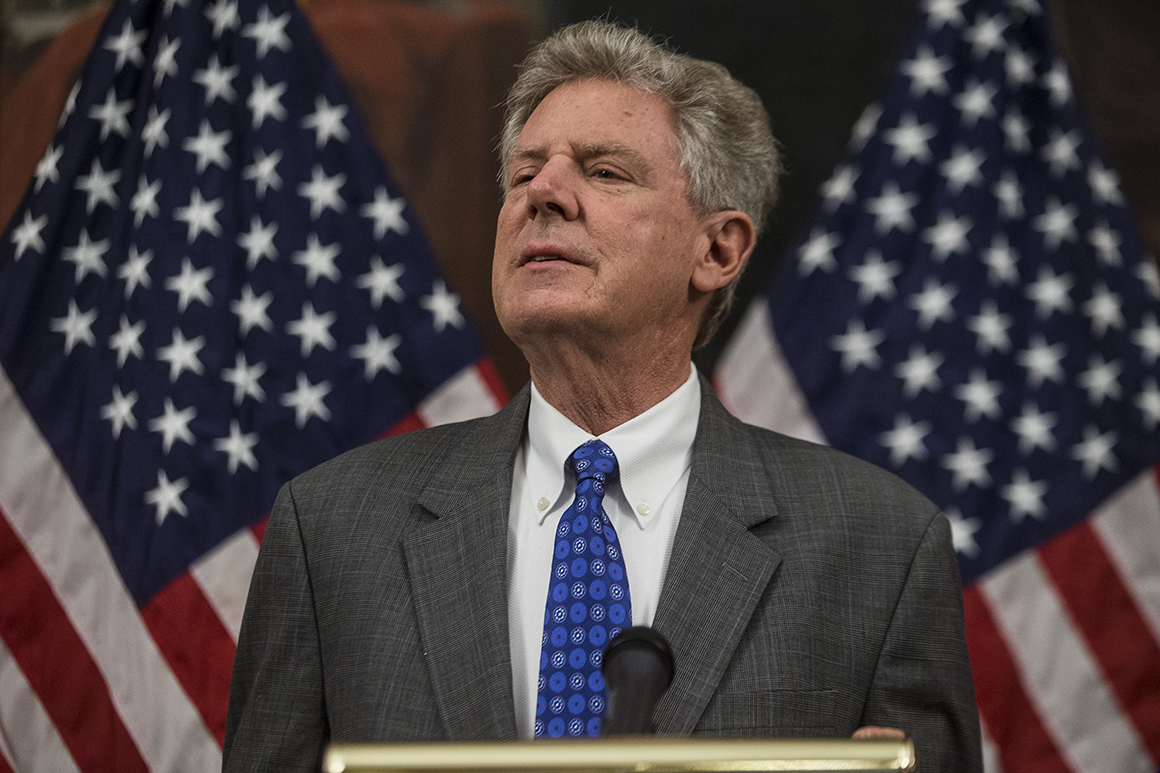 The House Energy and Commerce Chairman wants Verma to resign.

House Energy and Commerce Chairman Frank Pallone is calling for CMS Administrator Seema Verma’s resignation, becoming the highest-ranking Democrat so far to urge her to quit.

Pallone told reporters today that he agreed with Democrats, including some on his committee, who have called for Verma to lose her job over questions about her stewardship of taxpayer funds.

“Absolutely,“ Pallone said. “Put my name on the list.”

Five House Democrats earlier this month sought Verma’s firing, writing to President Donald Trump that she had shown “a pattern of incredibly poor and misguided judgment when spending taxpayer dollars.”

The letter cited POLITICO’s reporting about Verma’s use of federal funds, including directing millions of dollars toward public relations contracts — some of whom worked to boost her personal brand — and seeking taxpayer-funded reimbursement for $47,000 of jewelry and other goods that were stolen during a work trip.

The Energy and Commerce Committee has been investigating Verma’s conduct since POLITICO first reported on her use of contractors in March. Earlier this week, the panel said the probe has raised new questions about Verma’s role in directing the contracts, and Democratic lawmakers claimed that HHS has largely stonewalled their efforts to obtain key documents from Verma and her team.

Health department officials insisted that they’re complying with the committee’s requests, and a CMS spokesperson this week defended the agency’s use of contractors as part of a broader strategy to promote its message and reach new media outlets.

All good, the redirects work

A response to the report that 100+ MS-13 gang members were arrested in New York.

This is NOT a photo of people arrested by police on Long Island in the "gang" raids described in the story. But thank you Fox News for suggesting that everyone caught up in the so-called takedown looks like they are card-carrying members of MS-13. https://t.co/08F6vOL5o8

If we have learned anything from "gang takedowns" like the Bronx 120 Raid, it is that most of the people arrested are not gang members and are racially profiled because of the people they hang out with and the neighborhoods in which they live. https://t.co/bBoRu67LLD

Most of the people caught up in that raid ended up having their cases dismissed or pleaded to low level drug offenses like marijuana possession. But it also destroyed lives. https://t.co/wOPThKNtvL

Police use Facebook and other social media posts to suggest that Black and Brown teenagers making innocuous hand gestures in photos or wearing certain colors are "gang-affiliated." https://t.co/kcQ3kP8POY

Any of these things can lead to inclusion in a police department's gang database. 120,000 are in the Chicago PD's gang database. 95% are Black or Latinx, it includes children as young as 11 and 12 and there is no way to have your name removed. https://t.co/J3l3nAtvSd

And if you want to understand the real deal with MS-13, you need to follow @hannahdreier and read her amazing reporting in @propublica. https://t.co/sBHZgV6On0

@hannahdreier @propublica PS. Someone in the comments, just pointed out the photo in the Fox News piece at the beginning of this thread isn't even taken in the US. Unbelievable. I mean not really, but you know.

And in the process of posting this, Trump took time to gloat about it.

Related articles from the above thread:
Note: this phone is NOT from the raid but was used as stock footage of stereotypical members of MS-13.

New York prosecutors are gearing up Friday to announce criminal charges against 96 members and associates of MS-13 in what reportedly is the largest crackdown against the gang in the state’s history. A new documentary explores the notorious ‘Bronx 120’ raid—and what it says about the evolution of policing in New York City. ‘They Sent Him to His Cell to Die’

Rashad McNulty entered a guilty plea in a series of federal gang indictments in New York that have been criticized as racist and overly punitive. But before McNulty was even sentenced, he died in jail. Now, his family is seeking justice. ‘We’ve Got One In The Sweep’

Three Bronx friends recount their 2012 arrests in the NYPD’s ‘Operation Crew Cut,’ along with their experiences with the court system and incarceration, and reflect on their lives seven years later. Chicago’s Gang Database Can Have ‘Devastating’ Consequences, But There’s No Way...

Social media posts, tattoos, or the unvetted word of an officer can lead to inclusion on the list, which is overwhelmingly composed of people of color. 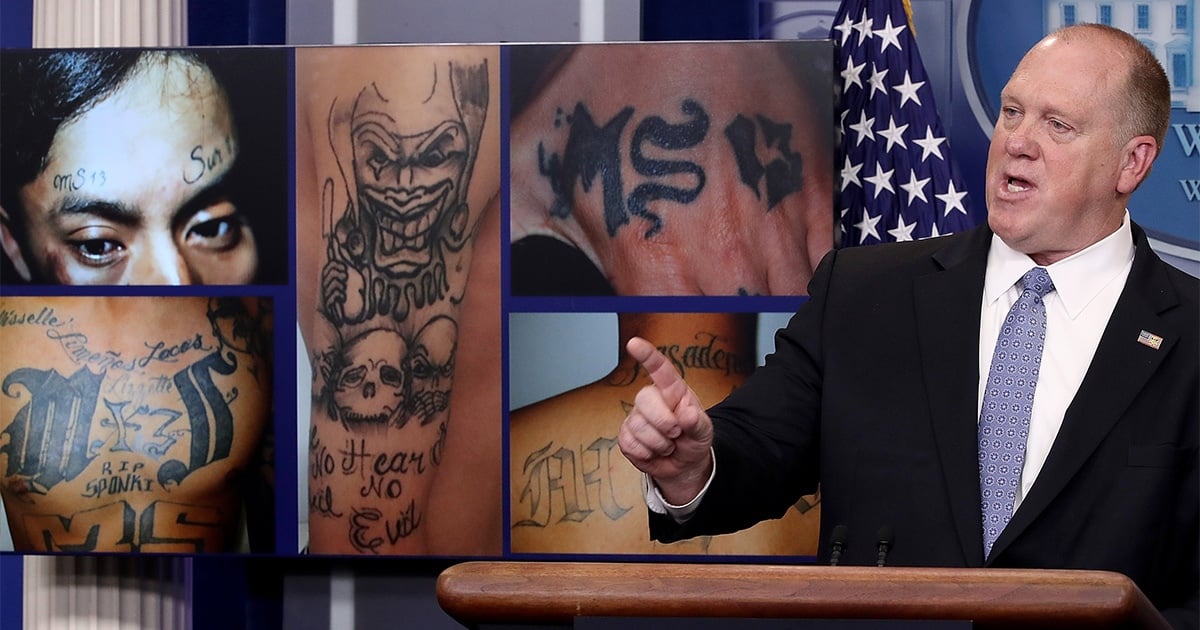 I’ve Been Reporting on MS-13 for a Year. Here Are the 5 Things Trump Gets Most...

The gang is not invading the country. They’re not posing as fake families. They’re not growing. To stop them, the government needs to understand them. 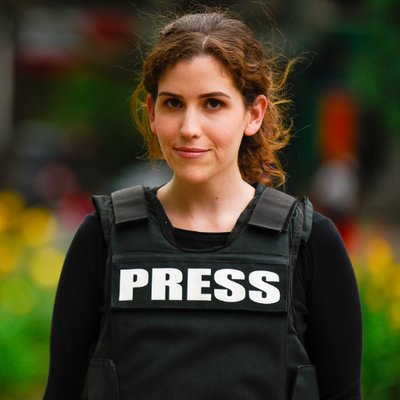 People in the richest part of Long Island are building panic rooms and guarding charity galas with automatic weapons because they're scared the gang MS-13 is coming to get them. There hasn't been an MS-13 murder in the entire county for more than a year. https://t.co/jffHElHgV9
matt (Matt Kiser) closed 2020-01-04 22:34:57 UTC #6