What happened today? The Senate voted to acquit Trump on both articles of impeachment, rejecting the House’s charges that he should be removed from office for abuse of power and obstruction of Congress. The vote on abuse of power failed 48-52. Sen. Mitt Romney was the lone Republican to vote in favor of the abuse of power charge. The second article, obstruction of Congress, also failed, 47-53 along party-lines. Ahead of the vote, Romney called Trump “guilty of an appalling abuse of public trust […] What the president did was wrong — grievously wrong.” White House Press Secretary Stephanie Grisham claimed Trump’s acquittal was a “full vindication and exoneration” and that “only the president’s political opponents – all Democrats, and one failed Republican presidential candidate – voted for the manufactured impeachment articles.” The acquittal concludes five months of hearings and investigations into Trump’s withholding of U.S. military aid from Ukraine and pressuring of its leaders to investigate his Democratic rivals. A handful of Senate Republicans — Lamar Alexander, Susan Collins, and Lisa Murkowski — argued that while the House had proven its case and that Trump’s actions were wrong, they ultimately concluded that the charges did not merit removing Trump from office. Collins said she thinks Trump learned a “pretty big lesson” from the impeachment process and said she believes he will be “much more cautious in the future.” Trump, however, has continued to insist that he did nothing wrong and that his call with Ukrainian President Volodymyr Zelensky was a “perfect phone call.” He sent nearly 700 tweets or retweets about impeachment – an average of more than five per day – since House Speaker Nancy Pelosi opened the inquiry in September. Senate Minority Leader Chuck Schumer called it “a sad moment for democracy,” but that there’s a “giant asterisk” next to Trump’s acquittal because “he was acquitted without facts, he was acquitted without a fair trial.”

What’s next? Register to vote, mark Tuesday, November 3, 2020, on your calendar, and then go out and make your voice heard.

Don’t boo vote! And get others to vote with you.

Something to watch as Mitch strives to control the long-troublesome SDNY:

Activists are out tonight in DC 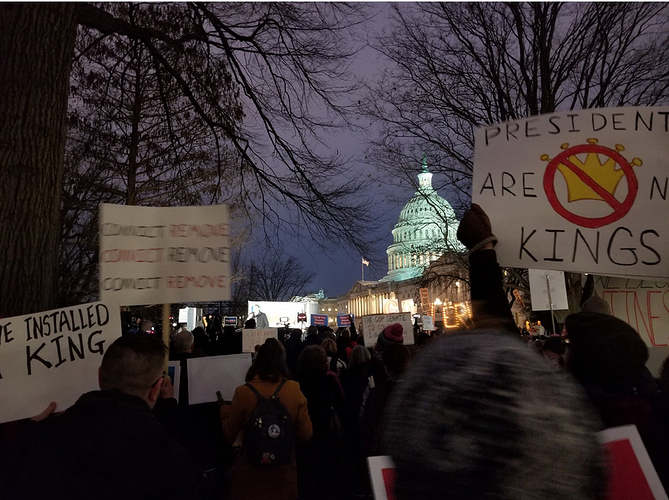 @AdamParkhomenko Damn, I was standing right next to you.

Some chants - “Won’t Back Down” 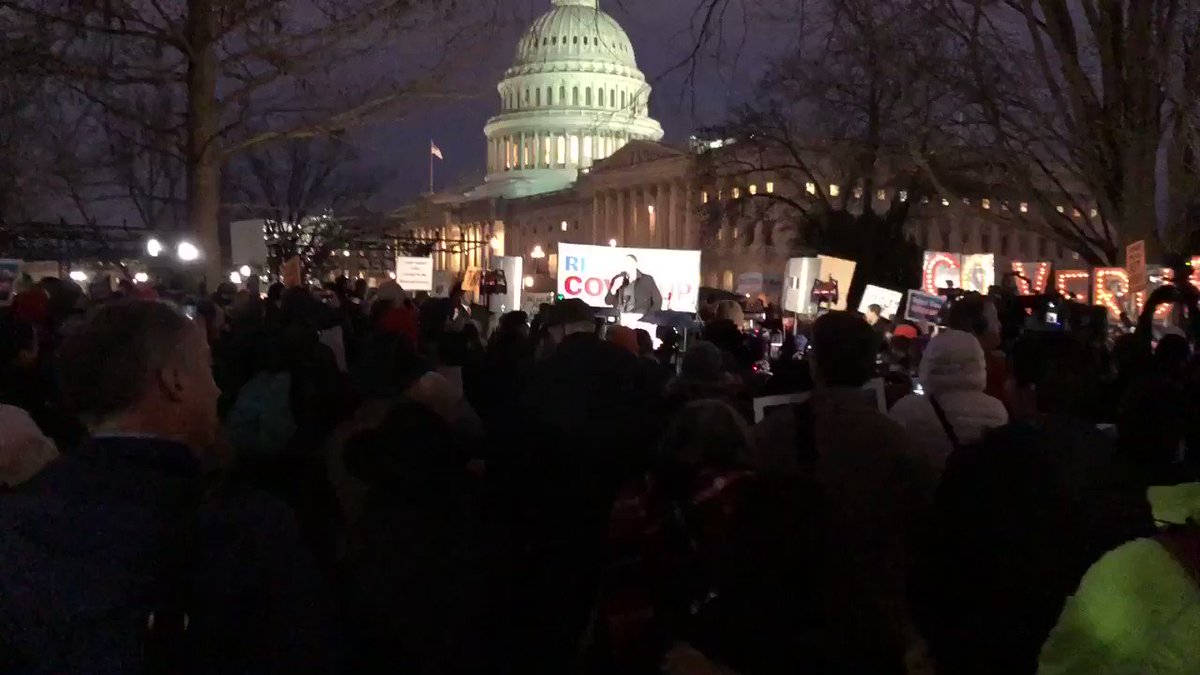 A beautiful thing is happening outside the US Senate https://t.co/pJ4SUKHNKV 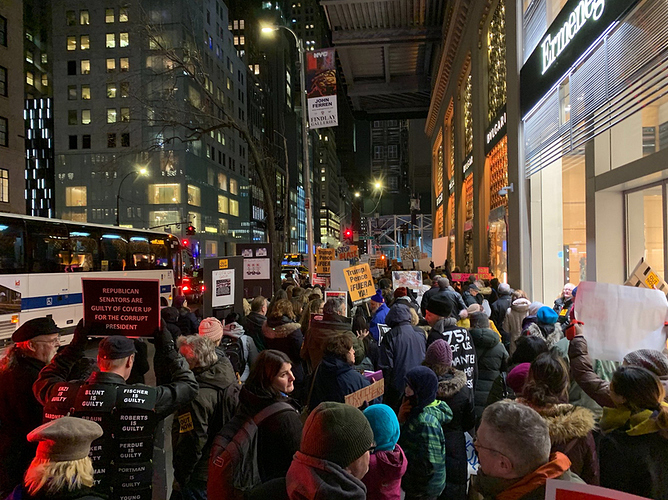 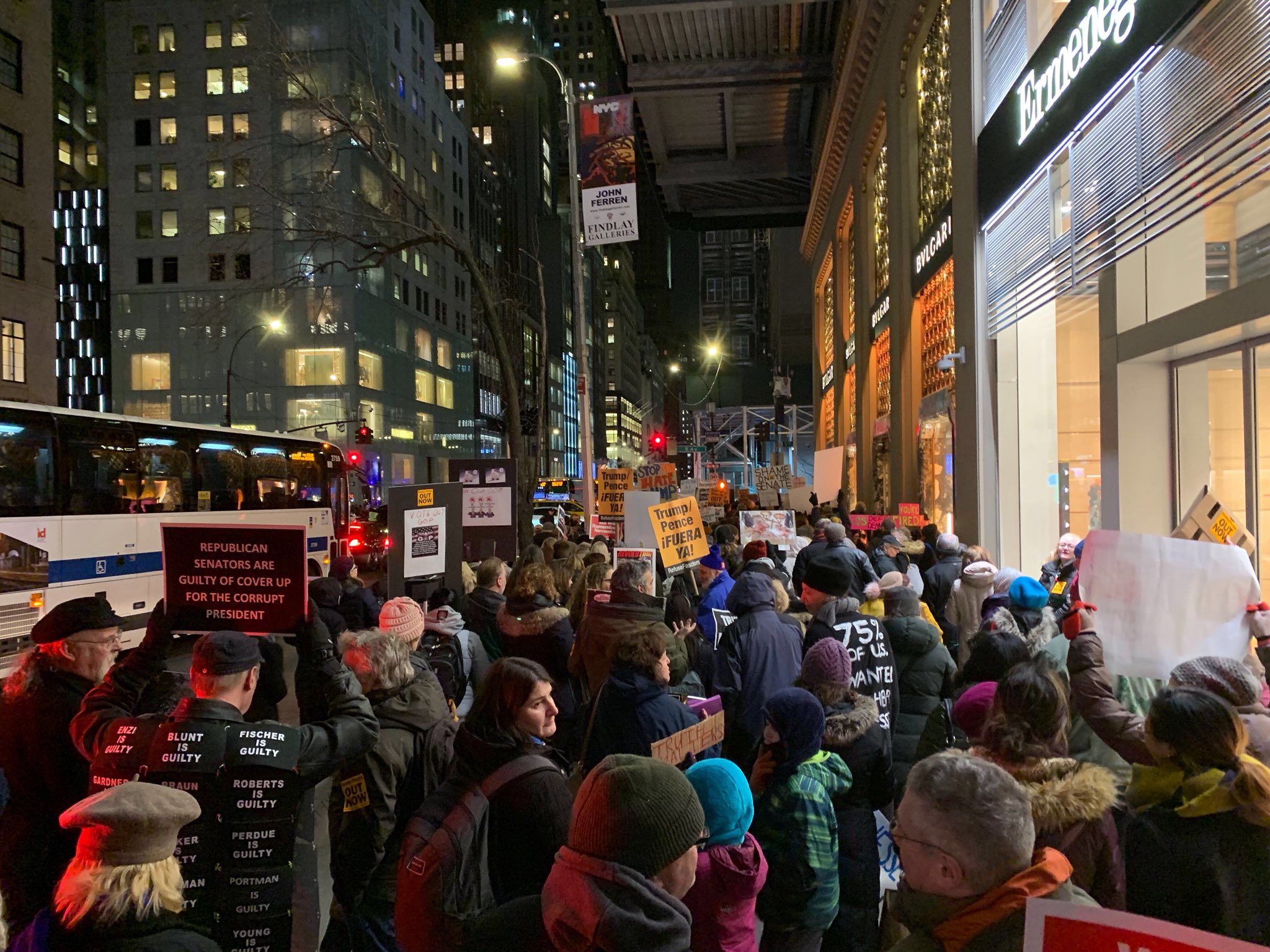 Trump’s revenge continues, as he lashes out in every possible direction. The veto threat from the White House over House Democrats' earthquake aid package for Puerto Rico is the latest skirmish between the Trump administration and congressional Democrats over disaster assistance to the U.S. territory.

The White House on Wednesday formally threatened to veto a House bill that would provide billions of dollars in additional funding for earthquake relief in Puerto Rico.

The Trump Administration Is Withholding Almost $1 Billion in Renewable Energy...

The Trump administration’s Department of Energy (DOE) is holding onto nearly $1 billion of funds allotted for a clean energy program research and development program, congressional Democrats said at a hearing on Wednesday.

Mike Pence on Fox News with a bizarre statement:
“I just have a strong feeling that she’s going to be the last Speaker of the House to sit in that chair for a long time.”

After complaining that Pelosi ripped up Trump's error-filled #SOTU speech, Mike Pence strangely says, "I just have a strong feeling that she's going to be the last Speaker of the House to sit in that chair for a long time." What? https://t.co/vD2ddUAM9Y
matt (Matt Kiser) closed 2020-02-21 18:49:54 UTC #8