1/ Trump’s Justice Department will overrule its own prosecutors and reduce Roger Stone’s sentencing recommendation, calling it “extreme and excessive and disproportionate to Stone’s offenses.” Federal prosecutors initially recommended that Stone serve up to nine years in prison for obstruction of justice, lying to Congress, and witness tampering. The Justice Department’s reversal came hours after Trump tweeted that the recommended sentence was “horrible and very unfair” and a “disgraceful” “miscarriage of justice” that should not be allowed to happen. In the sentencing memo, federal prosecutors said Stone “obstructed Congress’ investigation into Russian interference in the 2016 election, lied under oath, and tampered with a witness,” and that Stone “displayed contempt for this Court and the rule of law” after he was indicted. (Washington Post / New York Times / NBC News / Wall Street Journal / NPR / Politico / CNBC / ABC News / Axios / CNN / Reuters)

Everything’s fine. All is well. Global pandemics are… good for business? 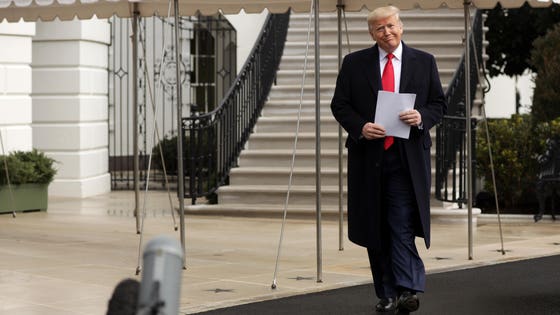 Trump Proposes 16% Cut To CDC As Global Number Of Coronavirus Infections And...

@MissBossyBoots_ @scjulie2006 @renato_mariotti @HoarseWisperer Here’s the last page. Asking for leniency for Stone based on his “advanced age (he’s 67, younger than Trump) is the dirty icing on this corrupt cake. https://t.co/AWJFURiab8” 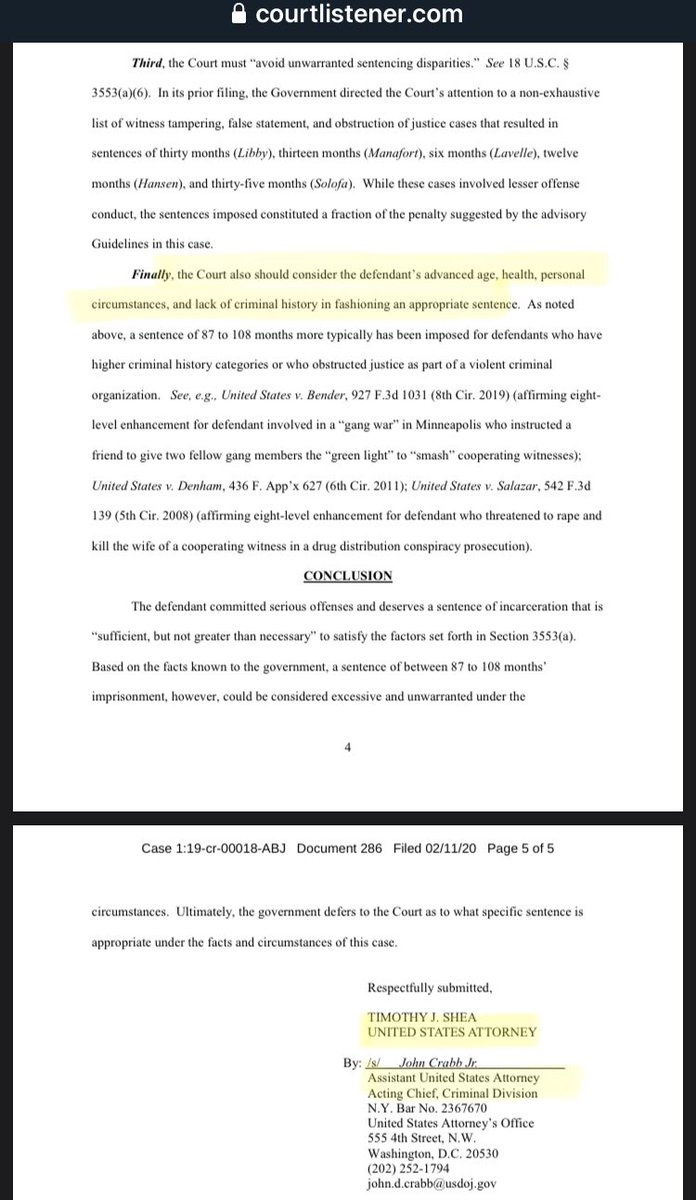 And it’s official; with the resignation of Mike Marando, all four federal prosecutors on the Roger Stone case have quit. 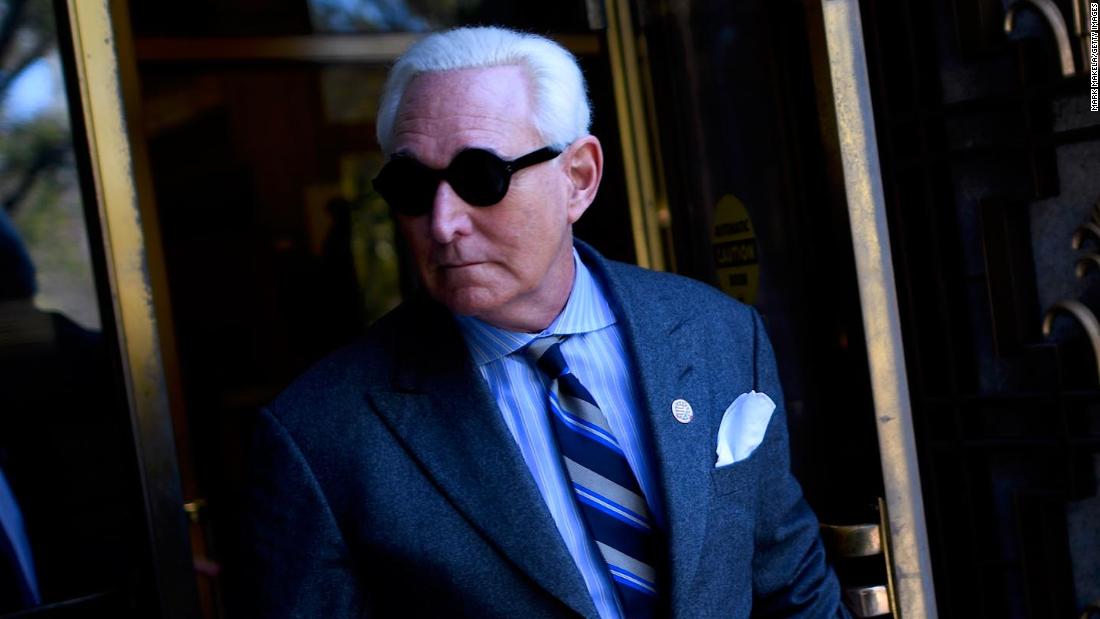 The four federal prosecutors who took the case against longtime Donald Trump confidant Roger Stone to trial withdrew their involvement Tuesday after top Justice Department officials disavowed and undercut them by reducing the government's recommended... 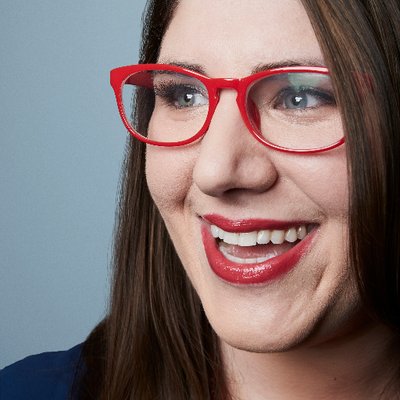 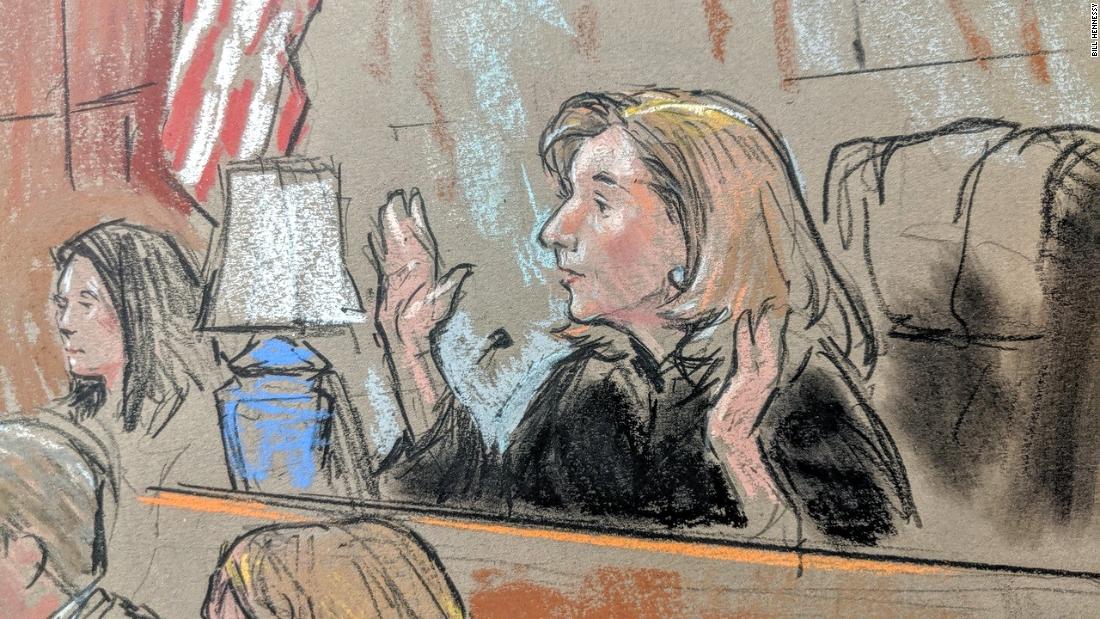 Judge while sentencing Trump campaign aide: 'If people don't have the facts,...

Federal Judge Amy Berman Jackson took several minutes during her sentencing of top Mueller cooperator Rick Gates on Tuesday to comment on the Russia investigation, the significance of Gates' choice to cooperate and the gravity of the facts that...

Fallout from the Stone sentencing scandal continues. Hard to interpret this as anything other than Trump piling on more revenge.

Trump cancels nomination to Federal post of prosecutor who was in charge of Stone, Flynn, and Manafort cases 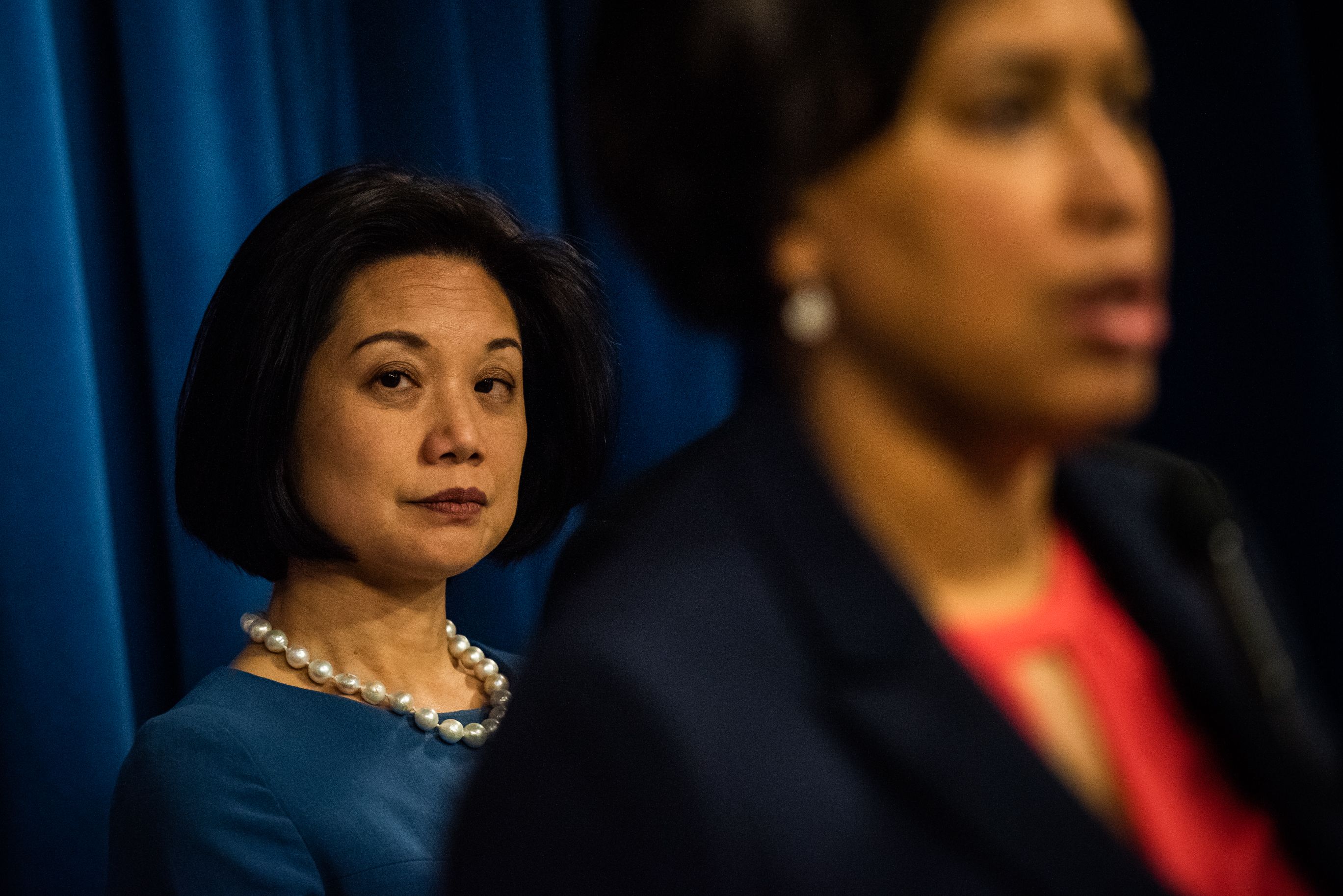 She oversaw a number of politically charged investigations.

President Trump is withdrawing his nomination for former U.S. attorney for D.C. Jessie Liu to serve as the Treasury Department’s undersecretary for terrorism and financial crimes, a top position overseeing economic sanctions, according to two sources with direct knowledge.

The big picture: Liu was confirmed in September 2017 to lead the largest U.S. attorney’s office in the country, overseeing a number of politically charged prosecutions that included the case against Trump associates Roger Stone, Michael Flynn, Paul Manafort and other spinoffs from the Mueller investigation.

Cross posting this from Mentionable News since it’s relevant here and more than just mentionable. Trump’s takeover of the DOJ appears to be nearly complete. He’s now openly using it to do his bidding. He’s essentially bragging to the world that no one can hold him accountable.

Same thing happening with Flynn. Trump is maneuvering to either get him a mere slap-on-the-wrist-sentence or have his case completely thrown out. This will also make it easier for Trump to outright pardon Flynn because, hey, it’s no biggie. Same applies to Stone. And, of course, the reason Trump wants to get his henchmen off the hook is not out of mercy, but because he doesn’t like the optics of having criminals in his inner circle. If they are declared innocent or pardoned or whatever, then the…

The president told reporters in the Oval Office later Tuesday that he did not speak to DOJ about Stone’s sentencing. “I’d be able to do it if I wanted. I have the absolute right to do it. I stay out of things to a degree that people wouldn’t believe,” he said, before adding that he “thought the recommendation was ridiculous. I thought the whole prosecution was ridiculous.”

“I thought it was an insult to our country and it shouldn’t happen,” Trump said. “These are the same Mueller people who put everybody through hell and I think it’s a disgrace.” All four Roger Stone prosecutors resign from case after DOJ backpedals on...

This week, the Department of Homeland Security has informed vehicle importers and exporters that all exports of New York-titled and registered vehicles will be on hold until further notice.

I sincerely hope that the rich in New York donate heavily to all anti-trump pacs. He needs to be squashed like a nasty bug.