1/ More than 2,000 former federal prosecutors and Justice Department officials called on Attorney General William Barr to resign, claiming that his handling of Roger Stone’s case “openly and repeatedly flouted” the principle of equal justice when he intervened in Stone’s sentencing recommendation. A national association of federal judges also called an emergency meeting to address the intervention in politically sensitive cases by Trump and Barr after more than 1,100 life-term federal judges said the issue “could not wait.” (USA Today / Washington Post / New York Times / Axios)

The president, in a series of tweets, said the U.S. would not restrict sales to the country, a sharp shift in administration policy. 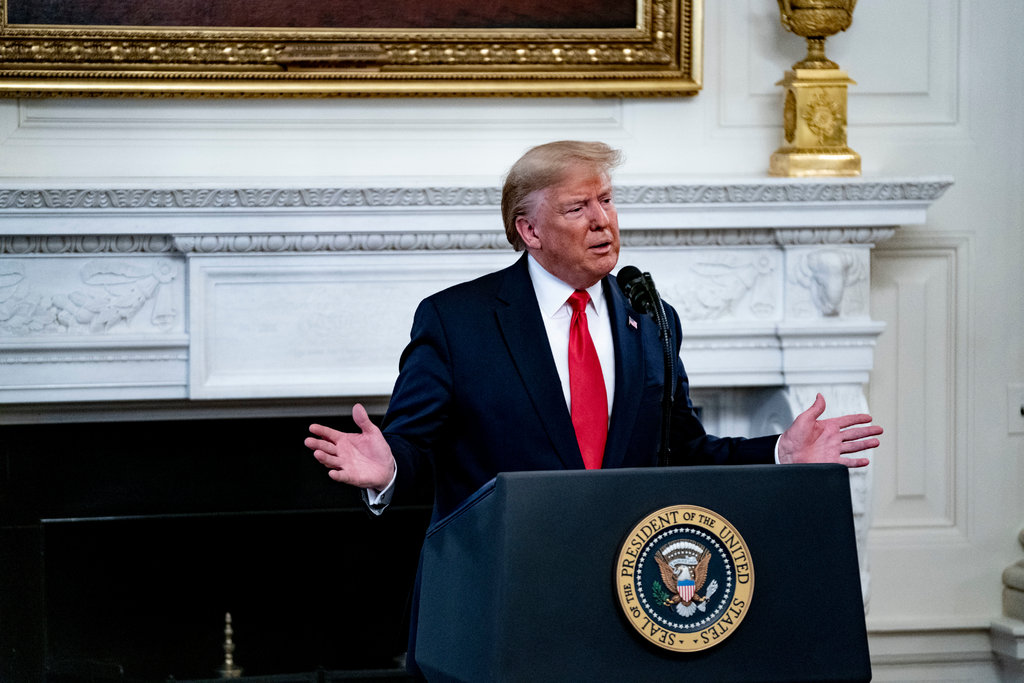 The president, in a series of tweets, said the U.S. would not restrict sales to the country, a sharp shift in administration policy.

Former Democratic Illinois Gov. Rod Blagojevich expressed his gratitude to President Donald Trump and even made a new party affiliation for himself.

Oh, but he also did it because Rod, like Trump, failed at the crime he committed. Narcissistic empathy for the win again, huh? 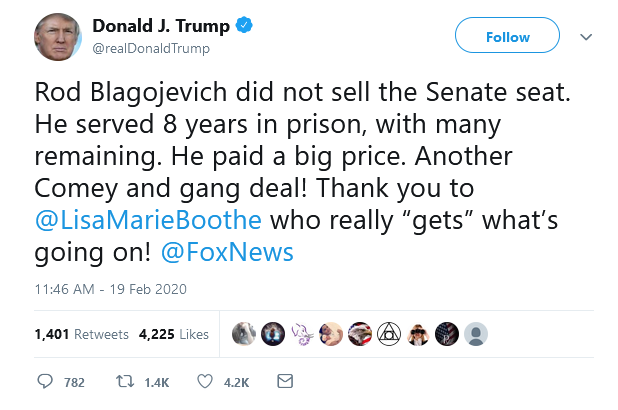 I got dumber just reading this headline Faux News headline:

George Zimmerman sues Warren, Buttigieg for $265M, accuses them of attempting to garner black votes by defaming him