1/ Trump offered to pardon Julian Assange if the WikiLeaks founder agreed to say Russia was not involved in hacking emails from the Democratic National Committee. Assange’s lawyer, Edward Fitzgerald, claimed at a court hearing in London that former Republican congressman Dana Rohrabacher offered Assange the deal in 2017. Fitzgerald said he had a statement from another Assange lawyer, Jennifer Robinson, that shows “Mr. Rohrabacher going to see Mr. Assange and saying, on instructions from the president, he was offering a pardon or some other way out, if Mr. Assange … said Russia had nothing to do with the DNC leaks.” White House Press Secretary Stephanie Grisham denied the allegation, saying Trump “barely knows Dana Rohrabacher” and has “never spoken to him on this subject or almost any subject.” In Sept. 2017, Rohrabacher said that as part of the deal, Assange would have to hand over a computer drive or other data storage devices that would prove that Russia was not the source of the hacked emails. The White House confirmed that Rohrabacher had called John Kelly, then Trump’s chief of staff, to talk about a possible deal with Assange. Kelly reportedly declined to pass it along to Trump. (The Guardian / Daily Beast / Washington Post / Washington Post / The Verge / CNBC)

Acting= pliable. That is the T way.

It appears the President has selected an individual *without any intelligence experience* to serve as the leader of the nation’s intelligence community in an acting capacity... https://t.co/Yvq5UVSPpA

Breaking News: President Trump is expected to name Richard Grenell, an ambassador and vocal Trump loyalist, to be the acting director of national intelligence https://nyti.ms/2vMzcwU

Breaking News: President Trump is expected to name Richard Grenell, an ambassador and vocal Trump loyalist, to be the acting director of national intelligence https://t.co/JSmvhZJRW3

WASHINGTON — President Trump was expected to name Richard Grenell, the American ambassador to Germany, to be the acting director of national intelligence, three people familiar with the matter said on Wednesday.

Mr. Grenell, whose outspokenness throughout his career as a political operative and then as ambassador has prompted criticism, is a vocal Trump loyalist who will lead a group of national security agencies often viewed skeptically by the White House.

He would take over from Joseph Maguire, who has served as the acting director of national intelligence since the resignation last summer of Dan Coats, a former Republican senator from Indiana. Mr. Grenell, who has pushed to advance gay rights in his current post, would apparently also be the first openly gay cabinet member.

Things are getting far, far worse in Syria as attacking hospitals has become a major tactic of Syria and its Russian allies, and the Kurds and others desperately are desperately seeking shelter.

And Trump made this mess possible when he let Turkey in. 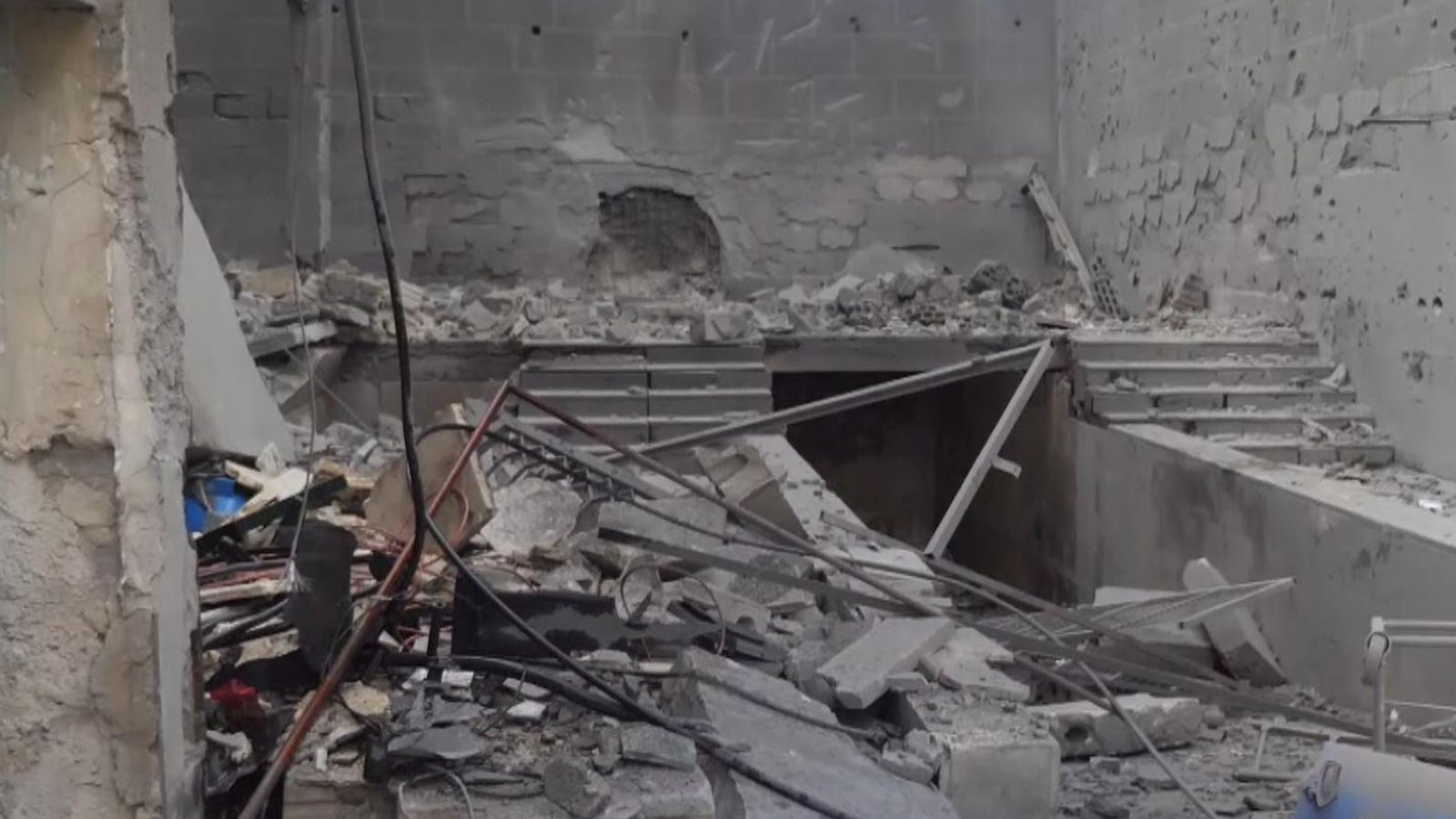 FBI has ordered $40,000 in hand sanitizer and face masks ‘in case the coronavirus becomes a pandemic in the United States’

The Trump administration last month declared the virus a public health emergency, but the virus has not yet met world health officials' designation of a global pandemic that spreads widely throughout the world.

Not even close to what was suggested that China would buy US Agriculture…way less. U.S. Department of Agriculture chief economist Robert Johansson projected that agricultural exports to China would reach roughly $14 billion in the year that ends Sept. 30, a $4 billion increase from one year ago.

President Trump’s promise in January that China would purchase roughly $40 billion in U.S. agriculture products this year faced new questions on Thursday when a top government economist suggested a much smaller haul could occur, adding uncertainty to a key part of a partial trade deal.

U.S. Department of Agriculture chief economist Robert Johansson projected that agricultural exports to China would reach roughly $14 billion in the year that ends Sept. 30, a $4 billion in crease from one year ago.

But that amount would still fall far short of what White House officials said would take place based on the recently announced “Phase One” trade deal with Chinese leaders. White House officials have said agricultural exports to China would be between $40 billion and $50 billion in each of the next two years. Last year, when he was promising the trade deal would lead to a huge increase in purchases, Trump told farmers to buy “more land” and “bigger tractors.”

And he did it:

I am pleased to announce that our highly respected Ambassador to Germany, @RichardGrenell, will become the Acting Director of National Intelligence. Rick has represented our Country exceedingly well and I look forward to working with him. I would like to thank Joe Maguire....

....for the wonderful job he has done, and we look forward to working with him closely, perhaps in another capacity within the Administration!
3 Likes
next page →