1/ A federal appeals court blocked Trump’s “Remain in Mexico” immigration policy, which required people applying for asylum at the border to wait in Mexico while their claims for protection were reviewed. The court ruled that the policy “is invalid in its entirety due to its inconsistency with” federal law, and “should be enjoined in its entirety.” Some 59,000 people have been sent back to Mexico since January 2019. The Ninth Circuit Court of Appeals also issued a separate ruling that upheld a lower court’s block on an administration policy denying asylum to those who crossed the southern border illegally. (Washington Post / New York Times / ABC News / CNN / Reuters)

My story explaining this ruling. If it stands, it's a huge deal for expanding presidential secrecy power and gutting congressional oversight power - not only under Trump but under all future presidents. https://t.co/f6TJggn5WY

So the House should send the Sergeant at Arms to arrest McGahn now and, unless he suddenly agrees to talk, let him sit there while the full circuit decides what to do. B/c as of now, that's the House's only enforcement option & the sooner they let everyone know, the better. 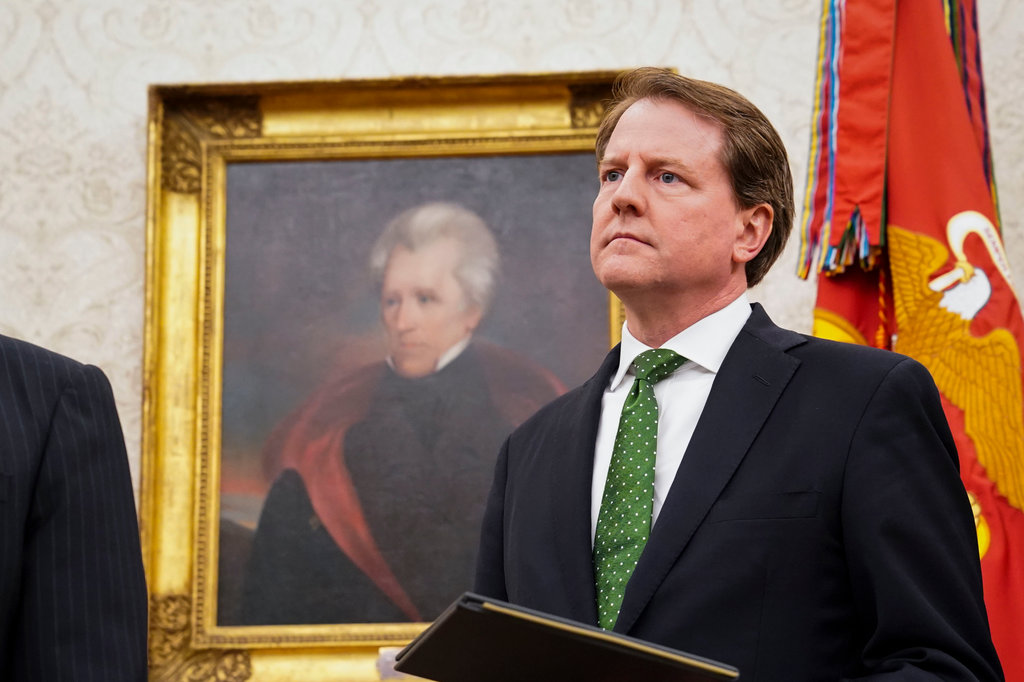 A federal appeals court ruled on Friday that Congress could not sue to enforce its subpoenas of executive branch officials, handing a major victory to President Trump and dealing a severe blow to the power of Congress to conduct oversight.

In a ruling that could have far-reaching consequences for executive branch secrecy powers long after Mr. Trump leaves office, a divided three-judge panel of the U.S. Court of Appeals for the District of Columbia Circuit dismissed** a lawsuit brought by the House Judiciary Committee against Mr. Trump’s former White House counsel, Donald F. McGahn II.

On Mr. Trump’s instructions, Mr. McGahn defied a House subpoena seeking to force him to testify about Mr. Trump’s efforts to obstruct the Russia investigation. The House sued him, seeking a judicial order that he show up to testify, and won in district court in November.

Trump may finally get what he wishes… a Twitter platform that caters entirely to him.

Elliot Management Corp, which is run by billionaire GOP donor/Trump supporter, has taken a sizable stake in Twitter and reportedly plans to push for major changes at the company, including replacing CEO Jack Dorsey. https://t.co/44EdkEWLfF