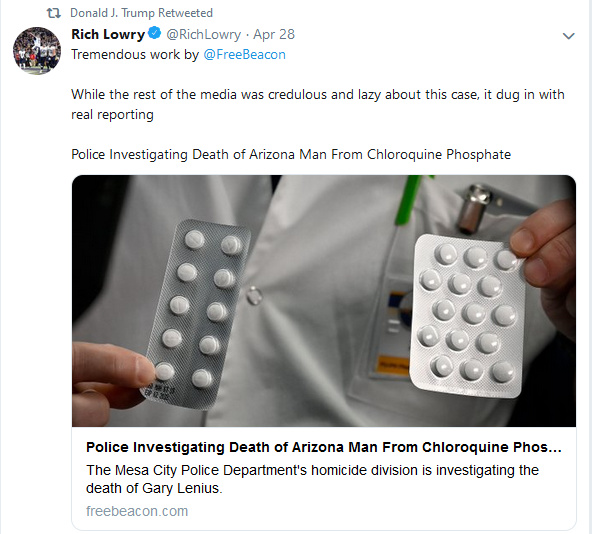 Trump seems to be posting this to rag on Democrats somehow because the two in the story donated to them, yet the story makes it clear they got this idea from him. 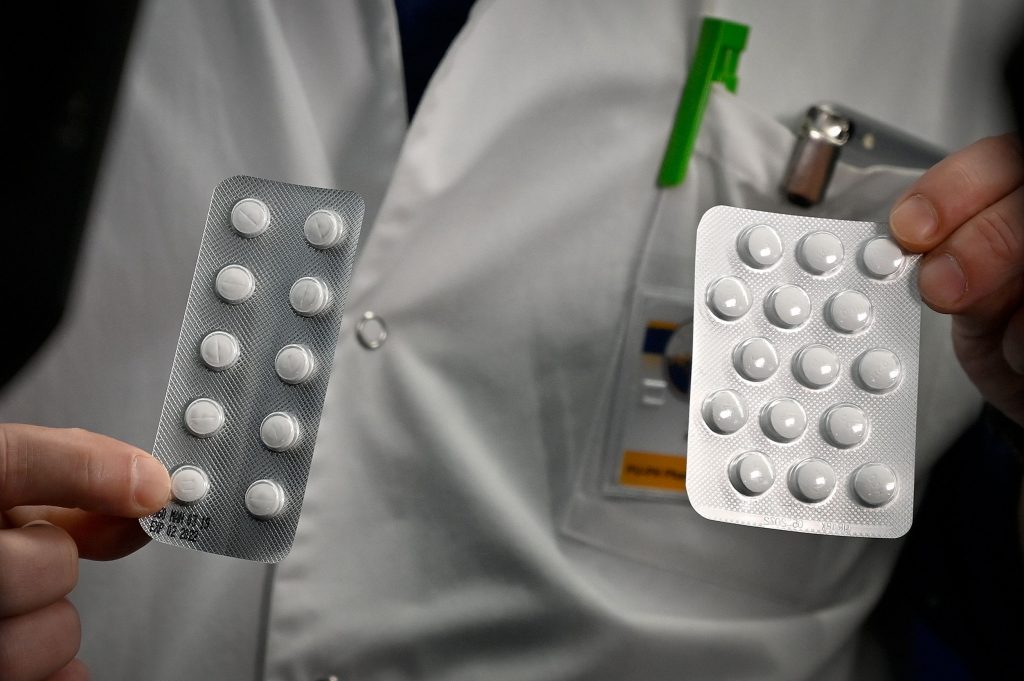 Trump seems to be trying to indicate that the wife murdered her husband, though she also was poisoned.

7/ Trump said Michael Flynn is “in the process of being exonerated” and will “come back bigger and better,” after newly unsealed FBI records noted an internal discussion about the FBI’s handling of the case. One of the pages unsealed by a federal judge is a handwritten note about the bureau’s interview with Flynn. “What’s our goal? Truth/Admission or get him to lie, so we can prosecute him or get him fired?” Elsewhere, it says, “we have a case on Flynn + Russians.” The single page of handwritten notes is dated Jan. 24, 2017, which was the same day of Flynn’s White House FBI interview. Flynn pleaded guilty in 2017 to charges that he lied to the FBI by falsely denying that he had conversations with Russia’s ambassador to the U.S. during the Trump transition. Flynn is now seeking to withdraw his guilty plea. Trump, meanwhile, argued his former national security adviser was victimized by “dirty, filthy cops at the top of the FBI,” saying “Look at what they did to the guy. I mean, he couldn’t have known too much [about] what was happening.” (CBS News / Politico / NBC News / NPR)

Here WaPo’s FOIA request from the Army’s classified investigation into Mike Flynn, where he was found to have shared secrets without permission in Afghanistan. This is a drop in the bucket for Mr. Flynn. He’s not a good one. Do not exonerate. Let him serve his sentence if it ever comes. These documents by the U.S. Army summarize an investigation into then-Maj. Gen. Michael T. Flynn for unauthorized sharing of classified information with foreign officials. The investigation itself remains classified. The Post obtained the documents...