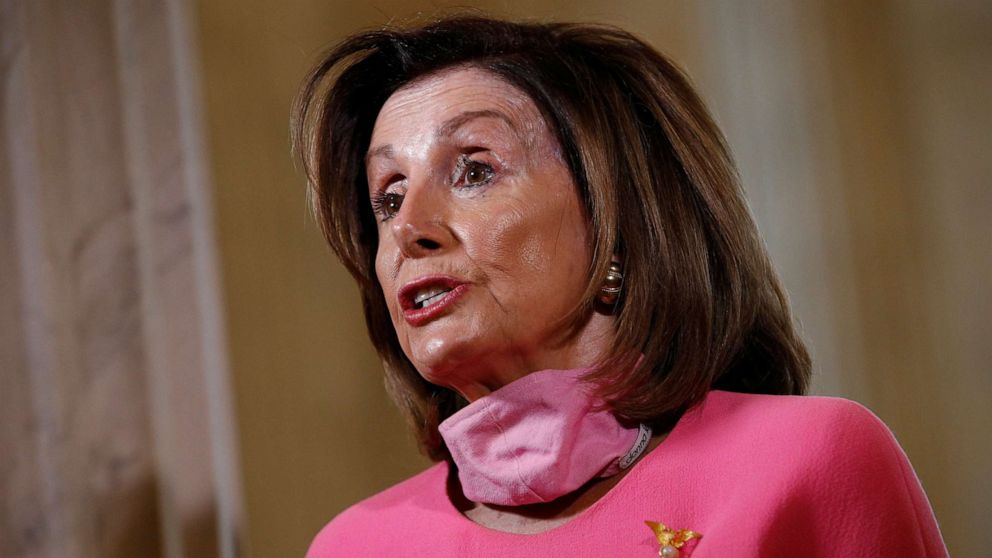 The House passed a historic $3 trillion coronavirus relief package on Friday, but the massive piece of legislation is heading straight to the Senate graveyard.

The House passed a historic $3 trillion coronavirus relief package on Friday night – a bill that would put more money directly into Americans’ pockets – but the massive piece of legislation is likely headed straight to the Senate legislative graveyard.

The measure is not expected to be taken up in the Republican-controlled Senate, but House Speaker Nancy Pelosi signaled Thursday that she is open to negotiating.

One Republican – Rep. Peter King of New York – supported the bill because of the relief the measure would provide to state and local governments.

Fourteen Democrats voted down the bill, many of them claiming the measure didn’t go far enough to provide relief to millions of Americans who are economically struggling due to the public health crisis.

“We’re putting our offer on the table, we’re open to negotiation,” Pelosi said Thursday, acknowledging the long odds of the bill becoming law.

In a letter sent to House members Thursday, Pelosi maintained that Republicans had previously supported many priorities that were included in this latest legislation.

“It is important to note that more than 80 percent of the priorities in the Heroes Act have been supported by the Republicans in the four previous COVID-19 acts of Congress. We are proud of how we built on that bipartisanship and look forward to negotiations For The People,” Pelosi wrote.

The proposed legislation includes a second round of direct cash payments to Americans, $1 trillion in aid for local, state and tribal governments drowning under the strain of the novel coronavirus, assistance for essential front-line workers, an extension of unemployment benefits and various other Democratic measures.

The proposal, if it clears both chambers, would become the largest, most expensive spending package in U.S. history – surpassing the $2.2 trillion measure Congress passed in March.

“This will not pass. It’s not going to be supported,” Sen. John Barrasso, a member of Republican leadership, warned earlier this week.

GOP Sen. Lindsey Graham told reporters the bill is “dead on arrival” in the Senate and pointed to the price tag, saying there are too many unrelated provisions included in the bill.

“I see that the House is going to move on a measure maybe as soon as Friday,” Sen. Lisa Murkowski, a Republican from Alaska, told reporters Wednesday. “Without even looking at it, I really question whether that approach is really the way to go right now. We have put a lot out there, and we need to make sure it is getting to where it needs to go.”

And it’s precisely who the GOP is now with Trump leading the charge.

Moderna said its early-stage human trial for a coronavirus vaccine produced Covid-19 antibodies in all participants, sending its shares surging.

At day 43, or two weeks following the second dose, levels of binding antibodies in the 25 microgram group were at the levels generally seen in blood samples from people who recovered from the disease.

A vaccine against Covid19 that pharmaceutical company Moderna had been working on since *January* with the US Government looks very promising. Read that again. Since JANUARY. I wonder how many of Trump's friends have stock in Moderna?