Mask up, do not gather, it’s getting bad out there 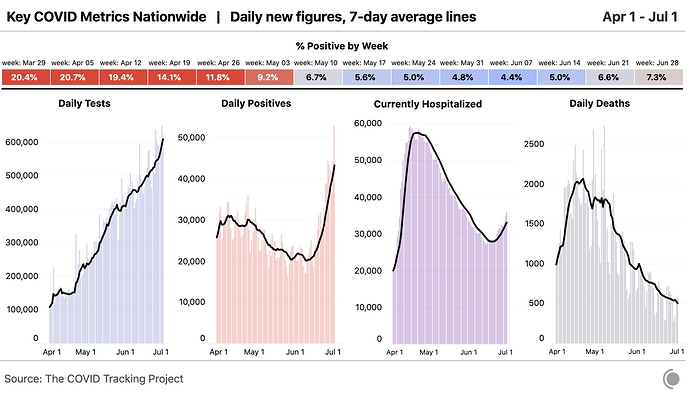 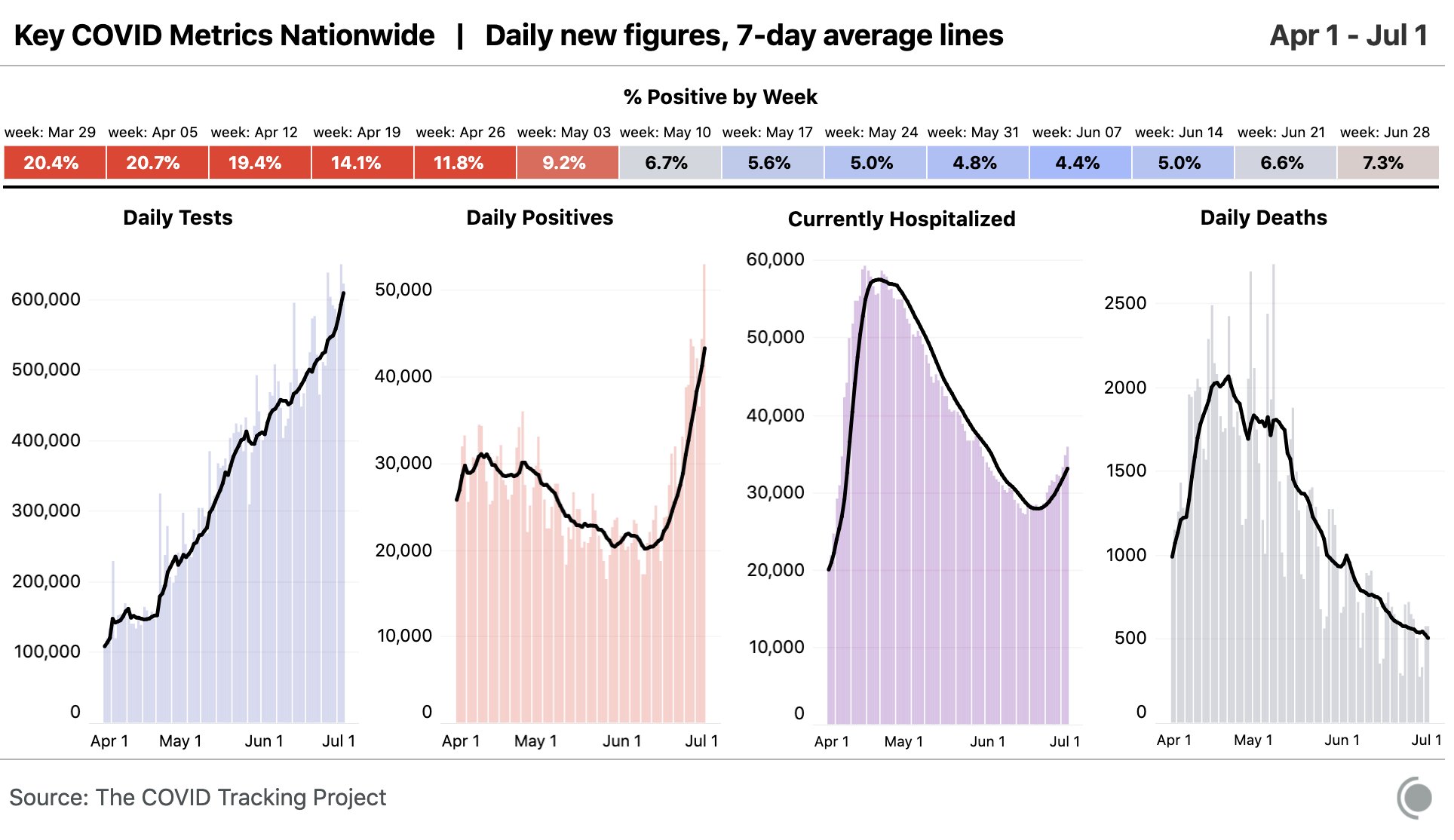 States reported over 50k cases for the first time today, another new record. The national positivity rate is over 7% now, despite ever higher testing levels. Hospitalizations are now at late-May levels. 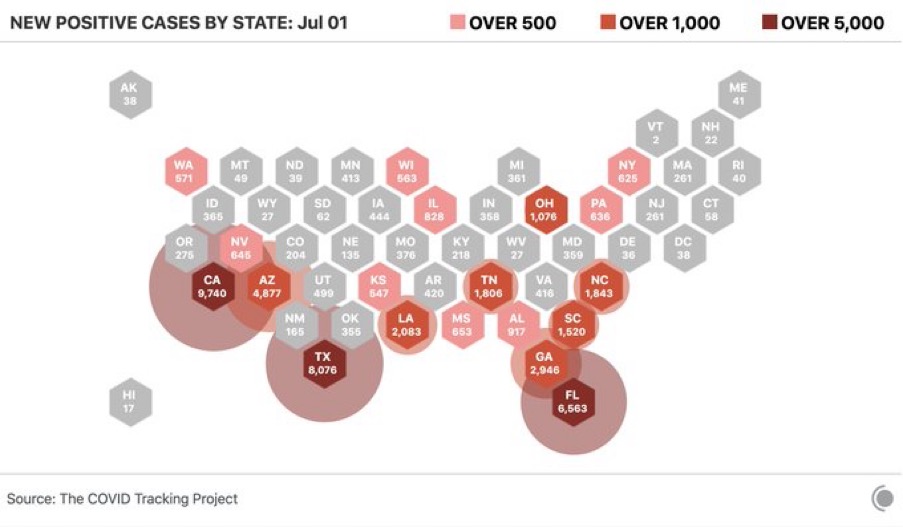 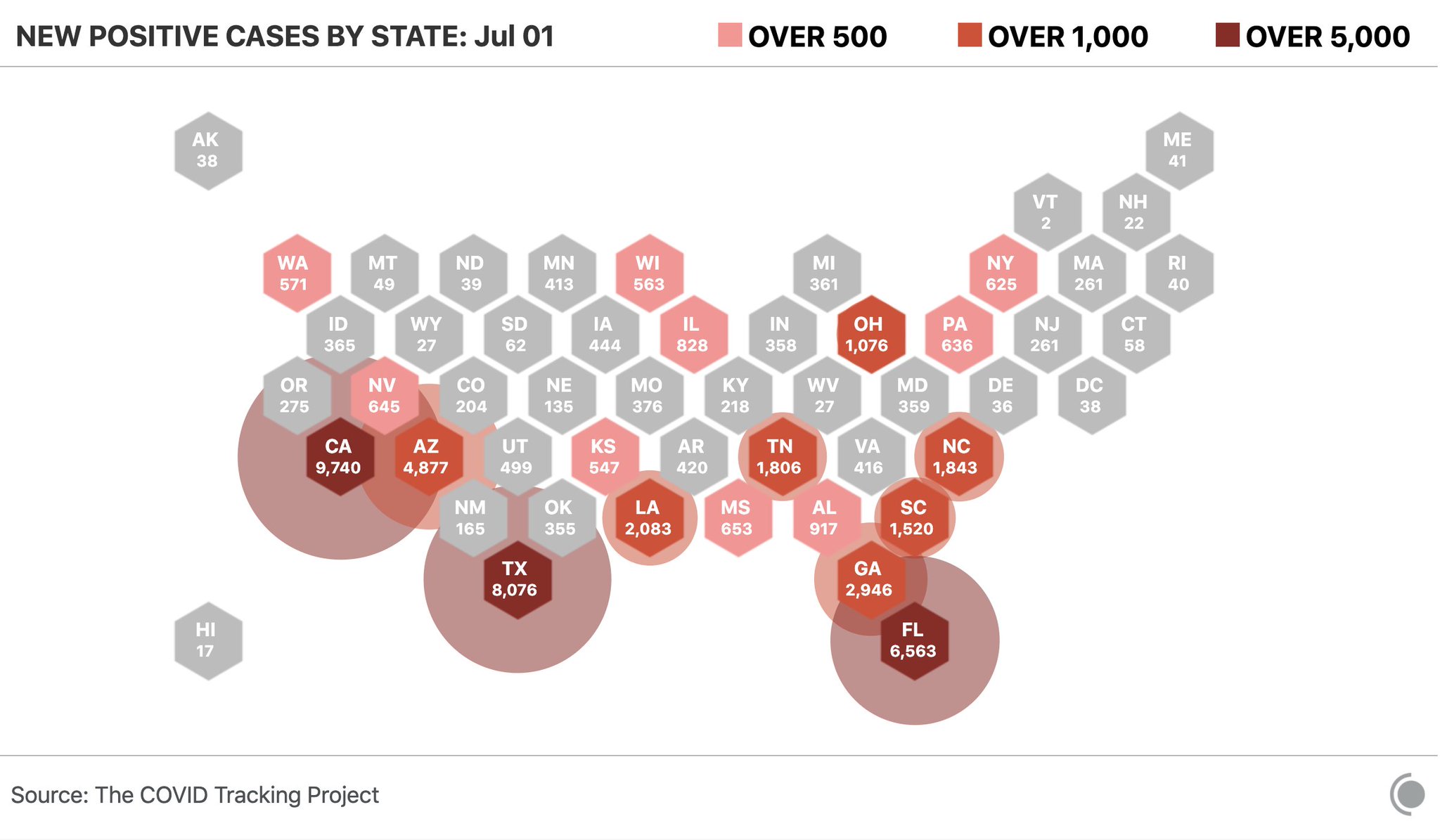 2/ Trump said he’s “all for masks” and would have “no problem” wearing one in public but thinks coronavirus will “disappear” someday .

Well, he IS right, in a way. Historically speaking, it very likely WILL essentially “disappear” someday. Even the Swing States are turning on the guy, and as far as I know NO US presidential candidate has EVER recovered from a deficit of the magnitude he currently has and won.

Picture if you will, a United States Government from which we have clear, factual, and consistent information, everything isn’t “Fake” or a “Hoax,” and the No. One Way people can actually stem the transmission of the Coronavirus starts being followed by the vast majority of the United States and they start wearing their ‘friggin’ masks!

"Trump also said he thought he “looked OK” the one time he was seen wearing a face mask and that he thought he resembled the “Lone Ranger.”

Note to Donald Trump: The Lone Ranger wore his mask over his eyes, not his nose and his mouth.

Trump repeated his claim that he was never briefed by intelligence officials about the bounty program “because any info that they may have had did not rise to that level.”

Well guess what…more information which does verify this intel 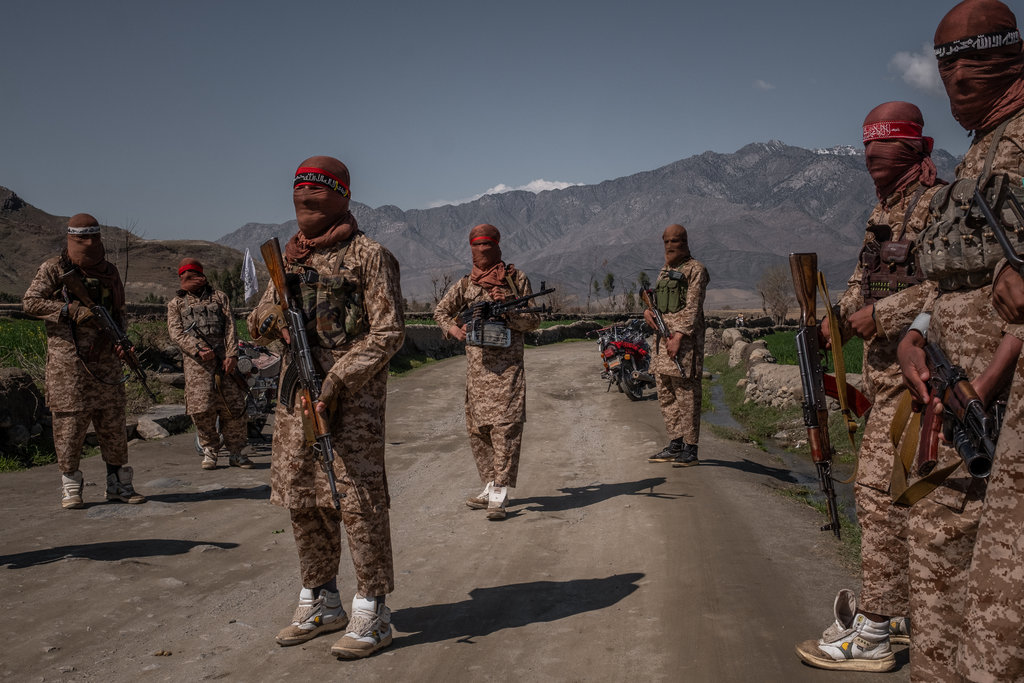 KABUL, Afghanistan — He was a lowly drug smuggler, neighbors and relatives say, then ventured into contracting, seeking a slice of the billions of dollars the U.S.-led coalition was funneling into construction projects in Afghanistan.

But he really began to show off his wealth in recent years, after establishing a base in Russia, though how he earned those riches remained mysterious. On his regular trips home to northern Afghanistan, he drove the latest model cars, protected by bodyguards, and his house was recently upgraded to a four-story villa.

Now Rahmatullah Azizi stands as a central piece of a puzzle rocking Washington, named in American intelligence reports and confirmed by Afghan officials as a key middleman who for years handed out money from a Russian military intelligence unit to reward Taliban-linked fighters for targeting American troops in Afghanistan, according to American and Afghan officials.

As security agencies connected the dots of the bounty scheme and narrowed in on him, they carried out sweeping raids to arrest dozens of his relatives and associates about six months ago, but discovered that Mr. Azizi had sneaked out of Afghanistan and was likely back in Russia. What they did find in one of his homes, in Kabul, was about half a million dollars in cash.

American and Afghan officials for years have maintained that Russia was running clandestine operations to undermine the U.S. mission in Afghanistan and aid the Taliban.

But they only recently concluded a Russian spy agency was paying bounties for killing coalition troops, including Americans, which the Kremlin and the Taliban have denied.

Details of Mr. Azizi’s role in the bounty scheme were confirmed through a dozen interviews that included U.S. and Afghan officials aware of the intelligence and the raids that led to it; his neighbors and friends; and business associates of the middle men arrested on suspicion of involvement. All spoke on condition of anonymity to avoid retaliation.

U.S. intelligence reports named Mr. Azizi as a key middleman between the G.R.U. and militants linked to the Taliban who carried out the attacks. He was among those who collected the cash in Russia, which intelligence files described as multiple payments of “hundreds of thousands of dollars.” Those files were among the materials provided to Congress this week.

Should this be under another category…Questionable things? thx. @Pet_Proletariat and @MissJava

Well guess what…more information which does verify this intel