Trump sometimes receives multiple coronavirus tests in a day . “As I’ve made clear from this podium, the president is the most tested man in America,” White House press secretary Kayleigh McEnany told reporters. “He’s tested more than anyone, multiple times a day, and we believe that he’s acting appropriately.” (Politico / CNN)

@matt buzzfeed reporter caught another lie from WH comms, check it out. 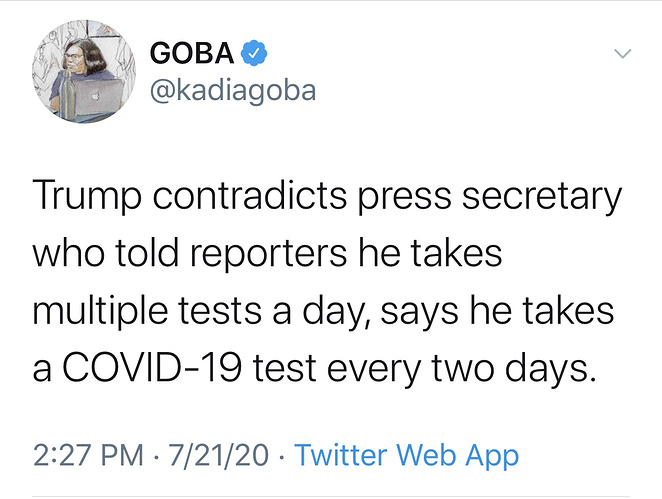 Everyone is so tired this isn’t even news anymore

President Trump held a news conference at the White House today on the coronavirus pandemic.

Room full of masked people but why isn’t he wearing a mask?

President Trump on the arrest of Ghislaine Maxwell, former girlfriend of Jeffery Epstein and Palm Beach socialite accused of six federal crimes, including enticement of minors, sex trafficking, and perjury for lying under oath.

User Clip: I met her a few times

I wish her well

The fuck? He’s been out there hitting up all our allies for personal favors. This would have been an impeachable offense for any other President.

Who knows anymore tho. 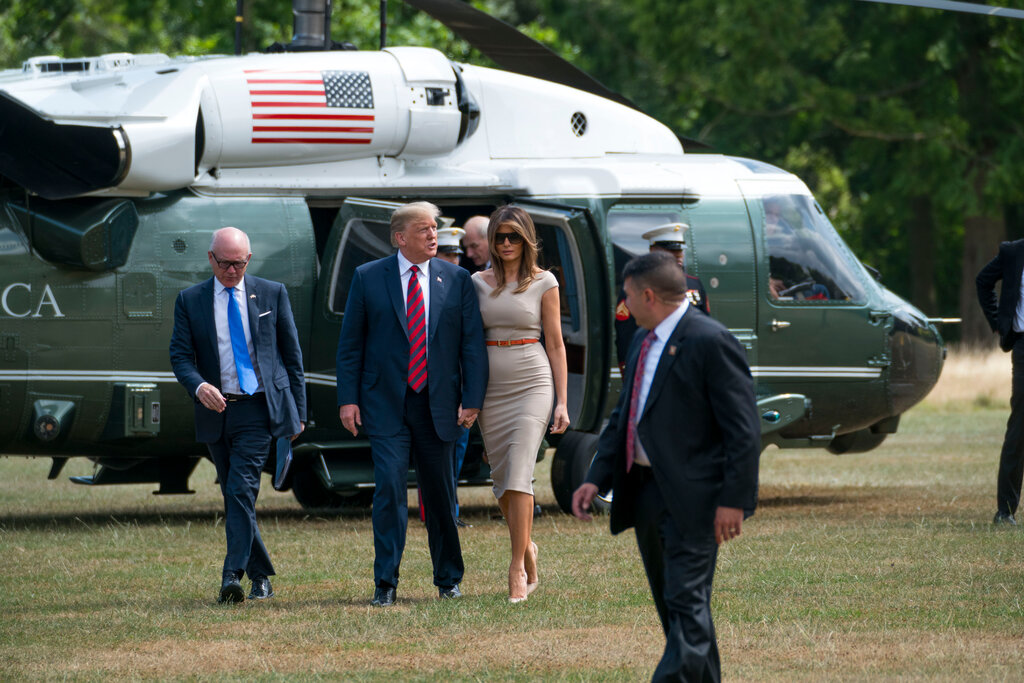 Trump’s Request of an Ambassador: Get the British Open for Me

Woody Johnson, the N.F.L. owner, Trump donor and ambassador to Britain, was warned not to get involved in trying to move the tournament to a Trump resort in Scotland, but he raised the idea anyway — and he failed.

President Trump on the arrest of Ghislaine Maxwell,

Yes, don’t blink while T is gaslighting us…Tweet from the Miami Herald writer, Julie Brown
who stayed on the story.

For those following: The correct answer to the question about whether G Maxwell will turn in powerful men should have been “I hope that she cooperates fully so all those who have abused women and children are brought to justice. Not I wish her well. - Amanda Carpenter, author”

Rivera’s defense of Maxwell comes days after he lambasted the judge assigned to the Epstein associate’s case. Shortly after U.S. District Judge Alison Nathan denied Maxwell bail and set her trial for next July, Rivera accusing Nathan of “chickening out” and caving to the “mob.”

“They are punishing her before conviction,” he exclaimed on July 14. “She has never been held liable in a civil suit, never been convicted of a crime. She is not Jeffrey Epstein.”

He went on to claim that Nathan caved to political and social pressure while insisting that the charges against Maxwell are “wobbly.”

This would have been an impeachable offense for any other President.