1/ House Democrats plan to introduce articles of impeachment against Trump on Monday for “incitement of insurrection.” The draft of the impeachment resolution states that Trump “has demonstrated that he will remain a threat to national security, democracy, and the Constitution if allowed to remain in office, and […] thus warrants impeachment and trial, removal from office, and disqualification to hold and enjoy any office of honor, trust, or profit under the United States.” The move follows Speaker Nancy Pelosi’s early call for Trump to “immediately” resign for his role in a “horrific assault on our democracy,” adding “If the President does not leave office imminently and willingly, the Congress will proceed with our action.” Pence, meanwhile, privately ruled out invoking the 25th Amendment to remove Trump from office. The House could vote on the articles of impeachment early as early as the middle of next week. More than 196 members of the House and 37 Senators have called for Trump to be removed from office. (CNN / New York Times / ABC News / Washington Post / Wall Street Journal / Axios / NBC News)

Thanks @matt. What a week…thx for keeping us well informed.

Something peaceful to see after a rough week…
Alberta CN (they keep the peace.) 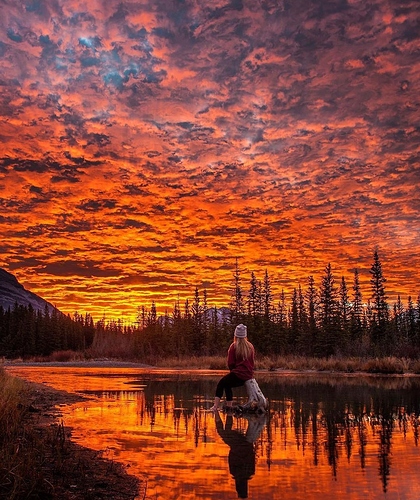 You wanna know how long this week has been? Monday we were learning that Trump had tried to threaten, bully, and beg the Secretary State of Georgia into declaring him the winner there.

The Texas Republican led the effort to delay certification of Biden’s victory but blames Donald Trump for the riot at the Capitol.

Pro-Trump Lawyer Lin Wood got his posts about Mike Pence removed from Parler. You've reached a new pinnacle of crazy when the Nazi version of Twitter censors you.

After close review of recent Tweets from the @realDonaldTrump account and the context around them we have permanently suspended the account due to the risk of further incitement of violence. blog.twitter.com/en_us/topics/c…
4 Likes
Windthin (David Bythewood) January 9, 2021, 4:12am #5

Trump has taken to his official government account to continue ranting. 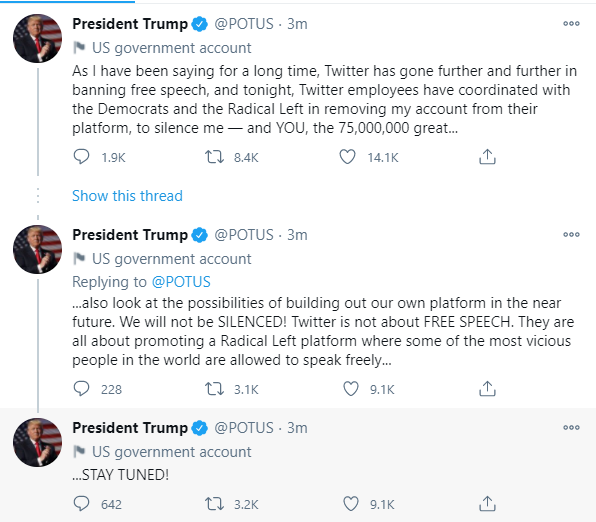 Edit: these have been taken down!

Trump so seldom used the @POTUS account, IIRC. Maybe because his name wasn’t on it?