1/ Biden agreed to a bipartisan infrastructure deal after meeting with a group of senators at the White House. “We have a deal,” Biden said, endorsing the roughly $1 trillion infrastructure plan by a group of 10 senators. Under the framework, the bipartisan package would include about $579 billion in new spending to overhaul the nation’s transportation, electric utilities, water, and broadband infrastructure. The Senate, meanwhile, has started to work on a budget resolution that would allow Democrats to pass a second, much larger package of spending and tax increases unilaterally. Chuck Schumer said the Senate will simultaneously move forward with both the bipartisan agreement and the reconciliation bill. Nancy Pelosi told House Democratic leaders that the House won’t take up the bipartisan agreement until the Senate approves a package through reconciliation. (Bloomberg / Washington Post / Wall Street Journal / New York Times / Politico / CNN / NBC News / CNBC)

Given how swiftly this lawsuit came out, I am betting the Biden Admin had it on the back burner for if/when the GOP blocked the new voting rights act.

The Justice Department is suing Georgia over new voting restrictions enacted as part of Republican efforts nationwide to limit voting access in the wake of President Donald Trump's election defeat.

Justice Dept. to file lawsuit against state of Georgia over new voting...

The legal challenge will argue that a new law restricting absentee ballots and taking other measures discriminates against Black voters. 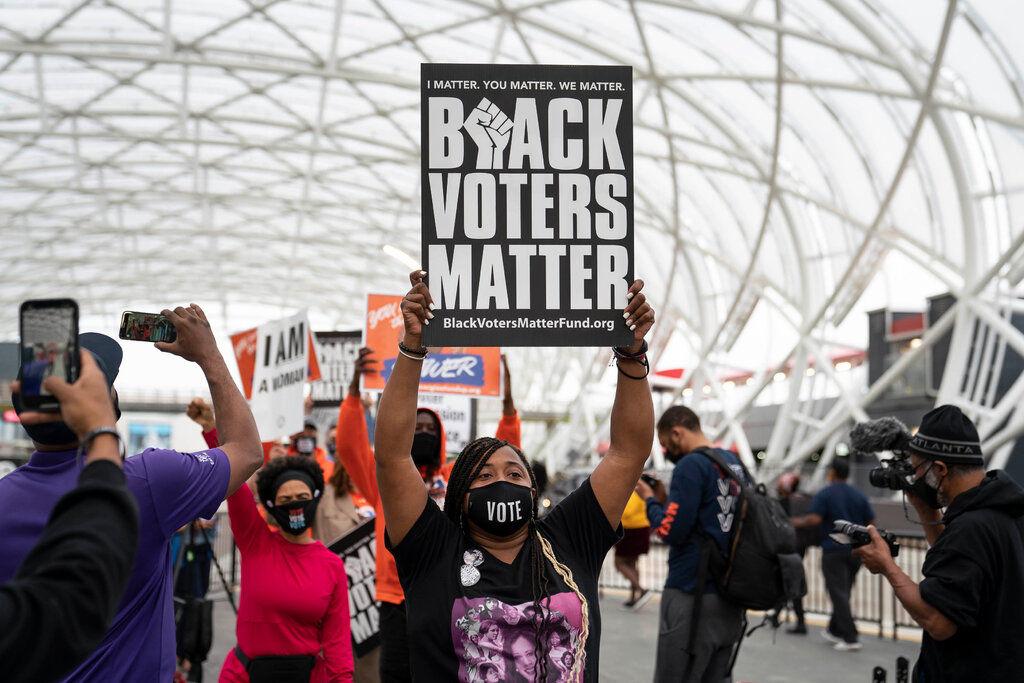 The Justice Department is suing Georgia over its new voting law.

The lawsuit shows that the Biden administration intends to aggressively fight state actions that it sees as potentially disenfranchising minority voters.