1/ Trump signed the bill to impose sanctions on Russia and limit his authority to lift them. He expressed concerns that the measure included “a number of clearly unconstitutional provisions,” leaving room for interpretation of how the law is enforced. Trump said he believed the bill to be "seriously flawed," but signed it anyway. The bill also imposes sanctions on Iran and North Korea. (New York Times / CNN / Bloomberg)

Trump press releases on the Russia sanctions bill are just…astonishing. 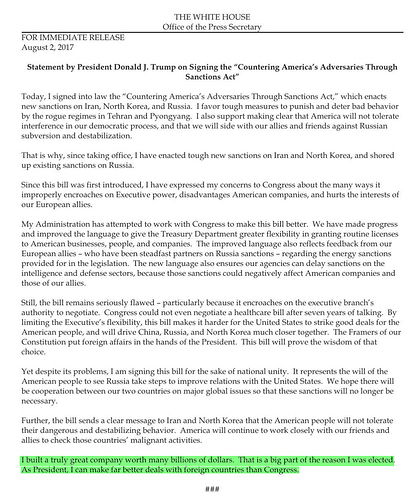 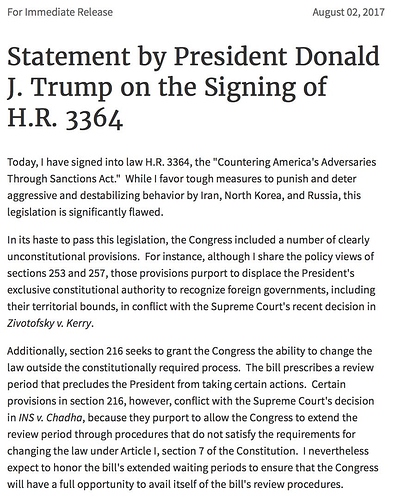 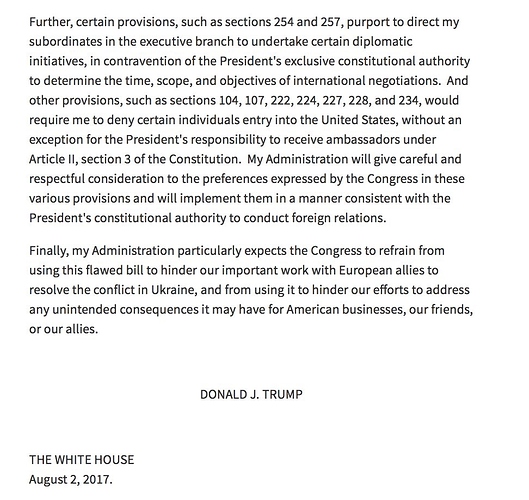 The Jim Acosta / April Ryan / Stephen Miller exchange from today’s briefing is a must watch. Acosta & Ryan deserve awards for what they went through with him.

Today is huge in terms of policy. I don’t think this Bill will ever get 60 votes in the Senate. There’s no way to spin this to a positive, it’s completely discriminatory. This will be one to watch.

I think this is the rewrite of Lady Liberty’s plaque that Stephen Miller and his peeps are wanting. 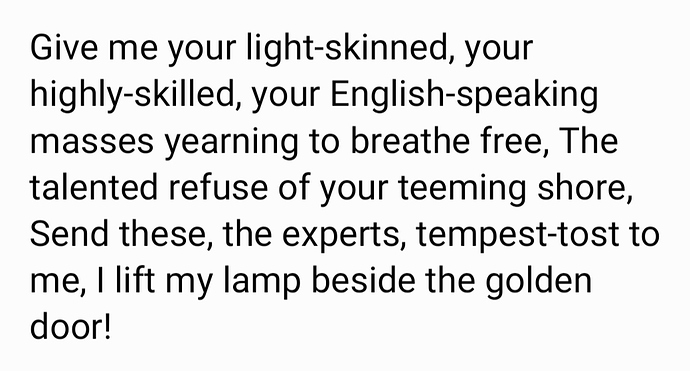 What a fucking mess.

tl;dr Stephen Miller to CNN reporter Jim Acosta: "That is one of the most outrageous, insulting, ignorant and foolish things you’ve ever said … the notion that you think that this is a racist bill is so wrong and so insulting,” referring to a question about an immigration that Trump endorsed today. 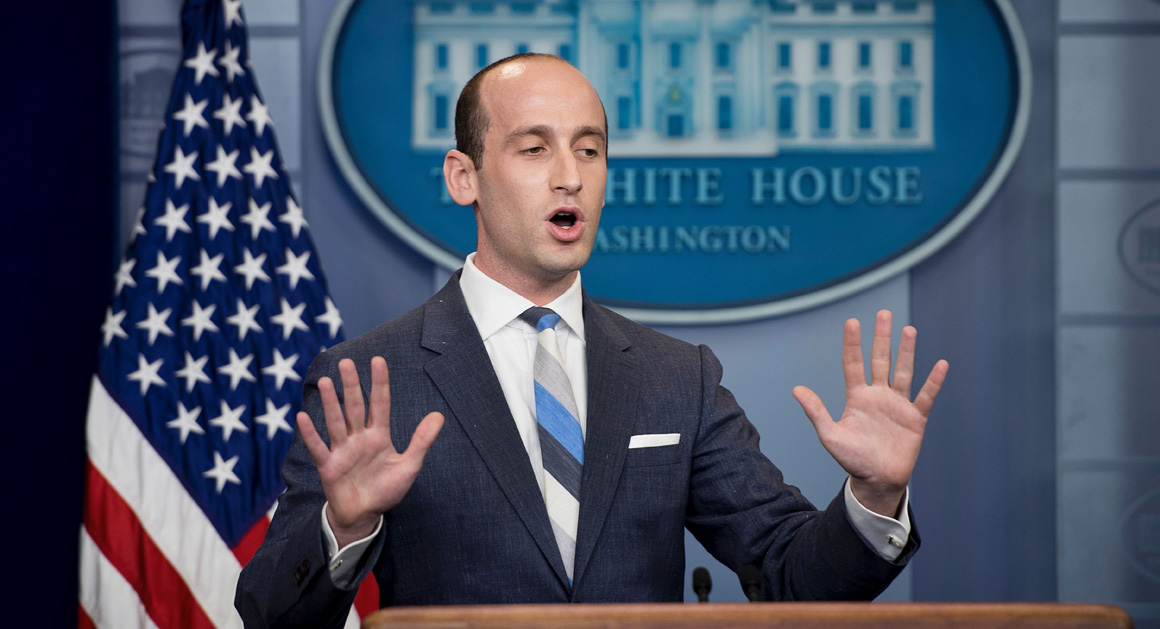 The dialogue culminated in Stephen Miller lobbing insults at a member of the White House press corps.

Here is the video of the Acosta/Ryan + Miller…conversation (to put it mildly). It’s about 7 mins, make sure you are sitting down and can’t throw anything that would cause damage when you watch!

Here’s the entire exchange between @Acosta and Stephen Miller on a proposed immigration bill https://t.co/qQ68WB2cON https://t.co/M4aapEfH4J
1 Like
MissJava August 3, 2017, 1:37am #9

Yay more embarrassment and disgust! And that just covers my annoyance at tex rillerson for giving awesome eyebrows a bad name dammit.

Ulgh I guess if I don’t make lame attempts at being lighthearted I’ll just start weeping instead. 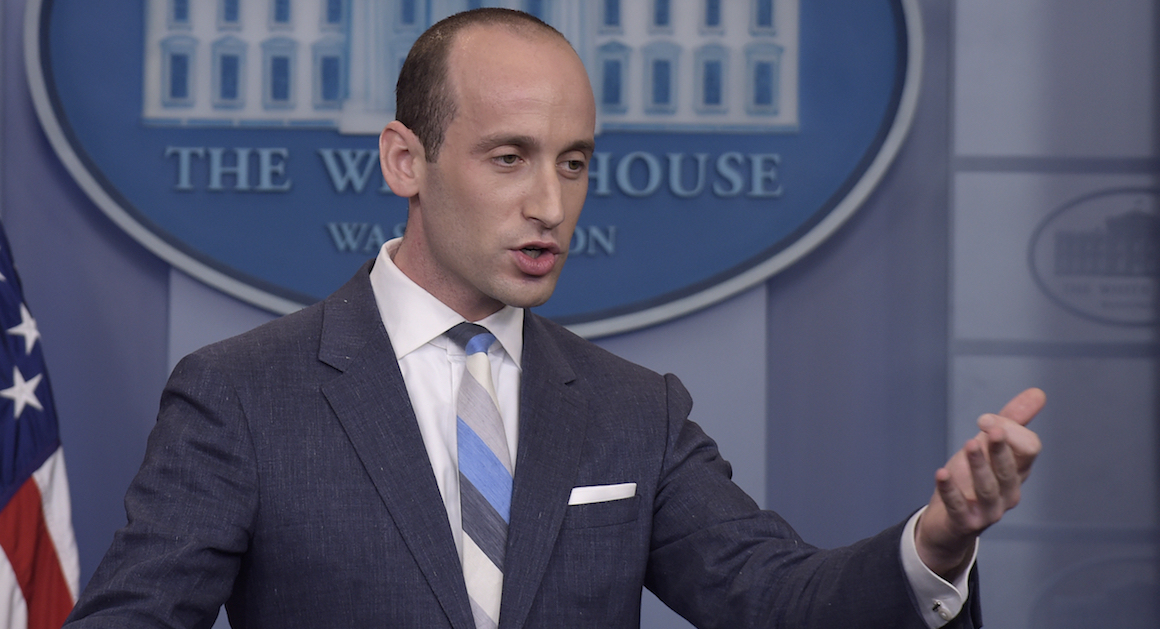 Surprise, surprise—the insult has its roots in Soviet anti-Semitism.

The best response I’ve seen to the Miller assault on history and human decency was posted by Historian Dr. John Fea.

The Trump White House Needs Another Lesson in Historical Thinking

“Several thoughts:
Miller is technically right. “The New Colossus” was added seventeen years after the Statue of Liberty was dedicated.
Miller is wrong when he says that “The New Colossus,” with its reference to the “tired, poor, and huddled masses yearning to breathe free,” was not connected in any way to the Statue of Liberty. As noted above, Lazarus wrote it to raise money for the statue.
Miller is probably correct to suggest that the addition of “The New Colossus” to the Statue of Liberty in 1903 turned the statue into a symbol of immigration. One could even argue that the Statue of Liberty did not become associated with immigration until well after immigration to the United States dried in the wake of the 1924 Immigration Act.
But all of these points miss Acosta’s argument. Acosta wanted to know if the RAISE Act violates the spirit of American immigration as embodied in the words of Emma Lazarus. Miller said that Acosta’s argument was “ahistorical” because he did not know that “The New Colossus” was added after the Statue of Liberty was raised. Do you see what Miller is doing here? He is practicing a form of misdirection. His correction of Acosta on the facts is little more than a sneaky attempt to avoid the real question the CNN reporter asked about the connections between the past and present. When Acosta asked about the relationship between the RAISE Act and the spirit of American immigration, he was asking a pretty good historical question. It deserved a better answer. There is a difference between knowing facts about the past and doing history.
Acosta could have responded to Miller’s misdirection without throwing the National Park Service under the bus. The way Miller dealt with the past today bears little resemblance to the way the National Park Service promotes history.”

The fragile ego that must constantly be fed such pompous BS is astounding.