1/ Congressional investigators want to question Trump’s personal secretary as part of their ongoing probe into the meeting between Trump Jr. and the Russian lawyer. Rhona Graff worked at Trump Tower for nearly 30 years. Graff's name was mentioned in the June 2016 email exchange between publicist Rob Goldstone and Trump Jr. leading up to the meeting with Russian attorney Natalia Veselnitskaya at Trump Tower. “Since her name is in the email, people will want her to answer questions,” said Peter King, a member of the House Intelligence Committee. (ABC News)

In response to Putin expelling 60% of US embassy and consular staff (Day 193), yesterday afternoon (8/10/17) Trump thanked Putin for doing so. Sarah Sanders claimed this morning Trump was being sarcastic

“I want to thank him because we’re trying to cut down on payroll, and as far as I’m concerned, I’m very thankful that he let go of a large number of people, because now we have a smaller payroll,” Mr. Trump told reporters at his golf club in Bedminster, N.J. “There’s no real reason for them to go back. So I greatly appreciate the fact that we’ve been able to cut our payroll of the United States. We’ll save a lot of money."

Here’s the video of his statement. People can decide for themselves what it conveys, but it doesn’t seem like he’s joking at all (intonation, facial expression, etc.)

Although many staff cut were from the Russian side, U.S. diplomatic workers are only stationed there and are reassigned. Putin obviously can’t cut them from the payroll—only if Trump terminates their jobs.

Trump has criticized everyone and everything except for Putin. After a two-week delay in response, those were the only words he could come up with. 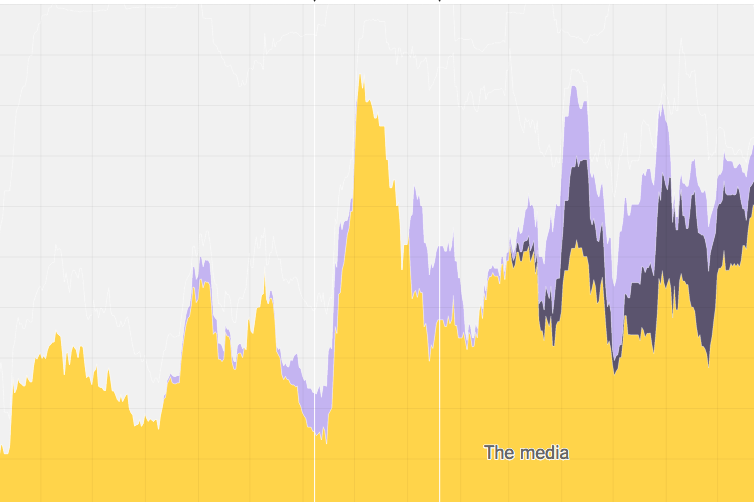 Trump Is on Track to Insult 650 People, Places and Things on Twitter by the...

Six months into his presidency, Mr. Trump is using his Twitter account to insult others with a frequency and intensity not seen since he was a candidate.