1/ Trump retweeted an alt-right conspiracy theorist, a train hitting CNN, and a critic calling him a fascist. Last night, Trump retweeted Jack Posobiec, an alt-right figure who pushed the Pizzagate and Seth Rich conspiracy theories. Then this morning, Trump retweeted an image of a person holding a CNN sign being hit by a train, with the commentary, "Nothing can stop the #TrumpTrain!!" The White House said the tweet was inadvertently posted and it was deleted. And, finally, Trump retweeted a critic who called Trump a "fascist" for "seriously considering" pardoning former Arizona sheriff Joe Arpaio, who was found guilty of ignoring a judge's order to stop racially profiling Latinos during patrols. (USA Today / CNN / Washington Post)

It begins. Seriously though, maybe right now it would be more useful to identify the murderers in Charlottesville than worry about some stupid inauguration day protests that did not actually kill anyone?

Welp, and a fourth CEO has quit Trump’s advisory council. 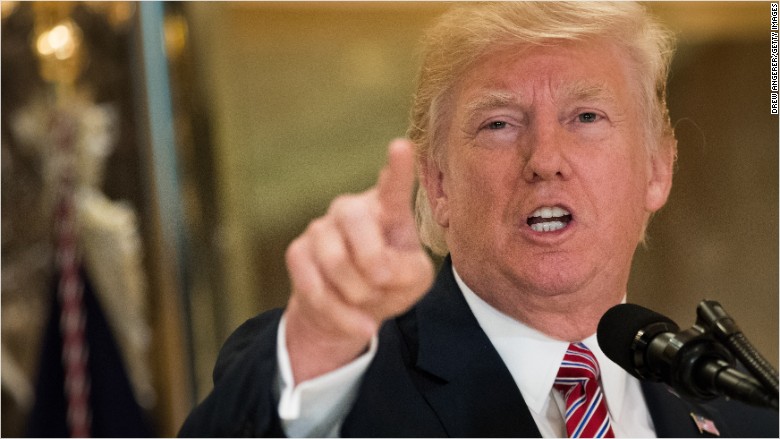 The leaders of Merck, Under Armour, the Alliance for American Manufacturing, Intel and the AFL-CIO have quit a presidential manufacturing council and condemned racism.

A couple of items that didn’t make today’s update: 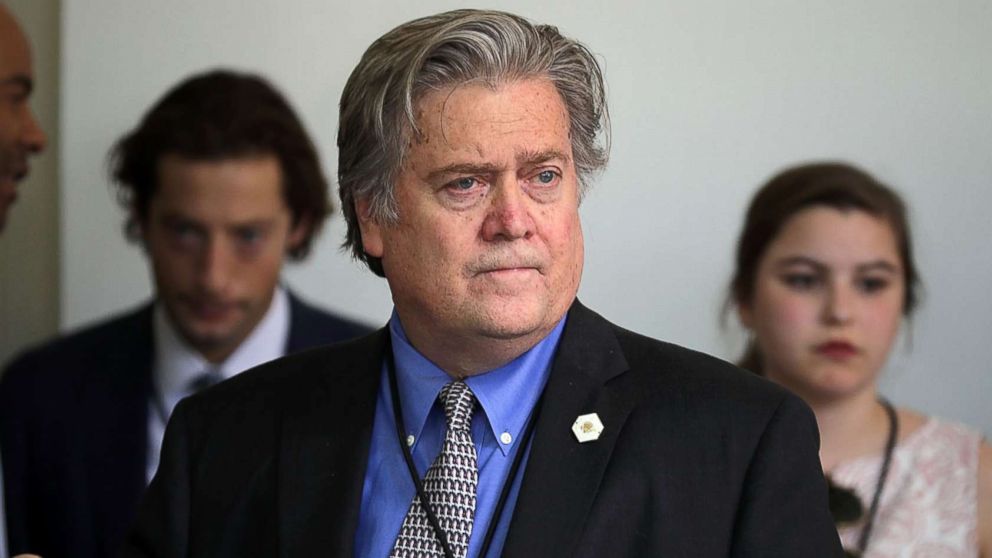 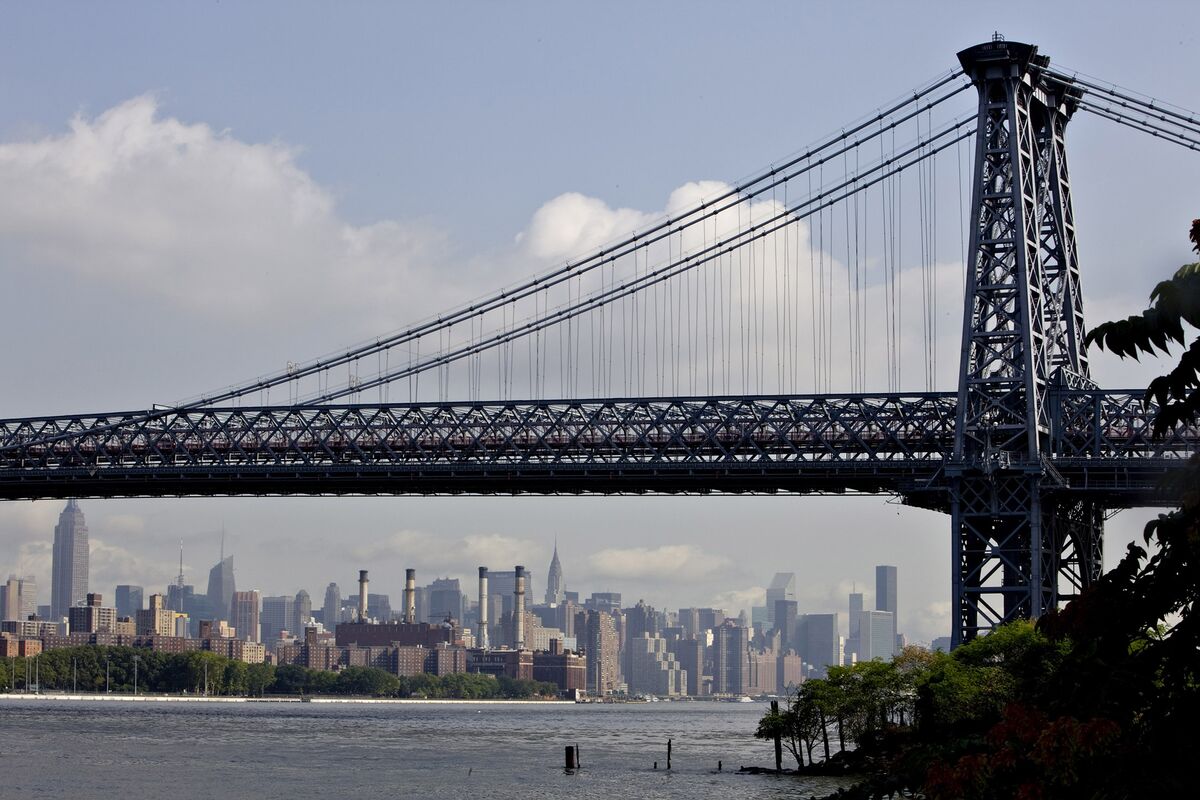 President Donald Trump signed an executive order Tuesday that’s designed to streamline the approval process for building roads, bridges and other infrastructure by establishing “one federal decision’’ for major projects and setting an average... 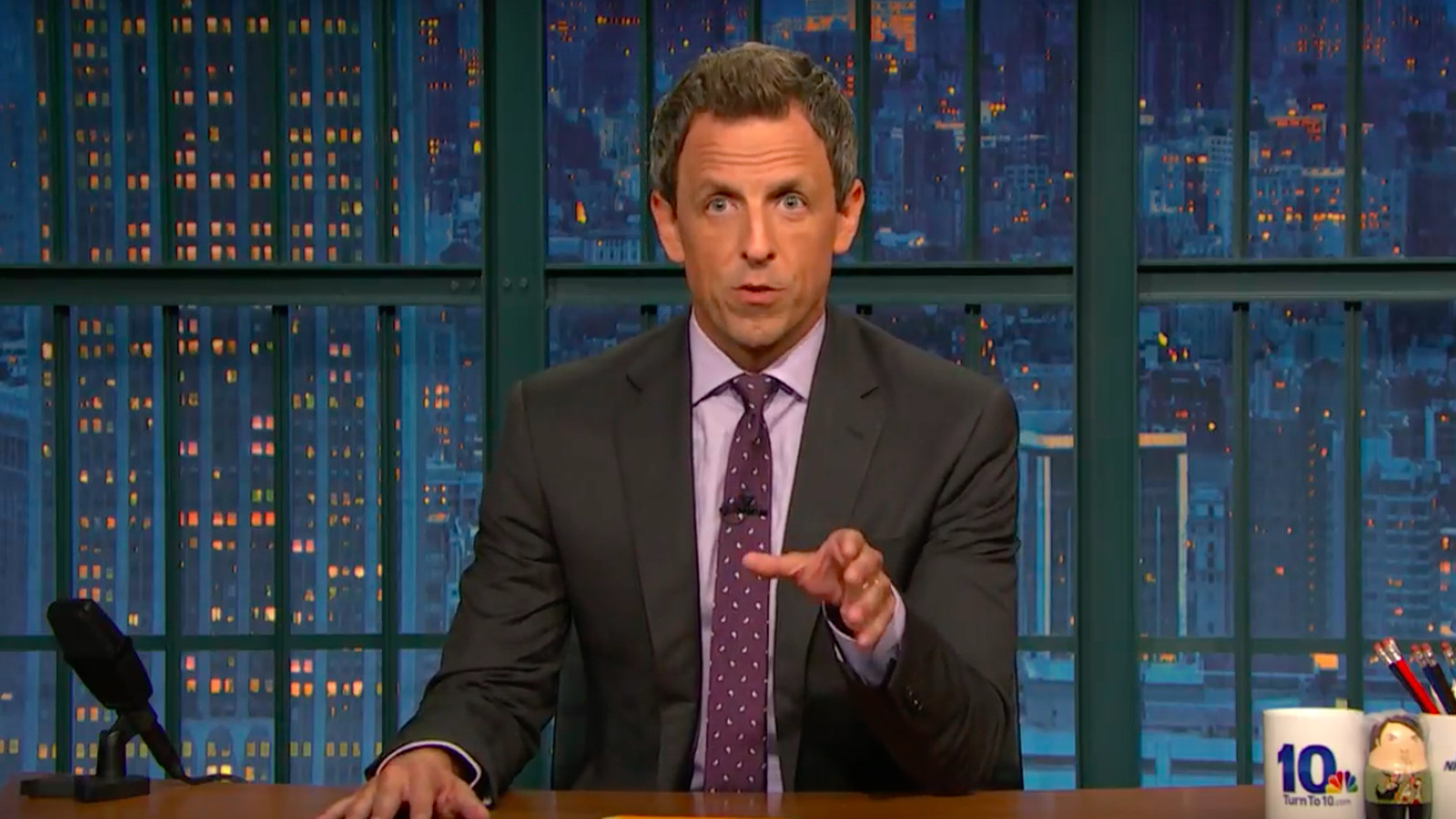 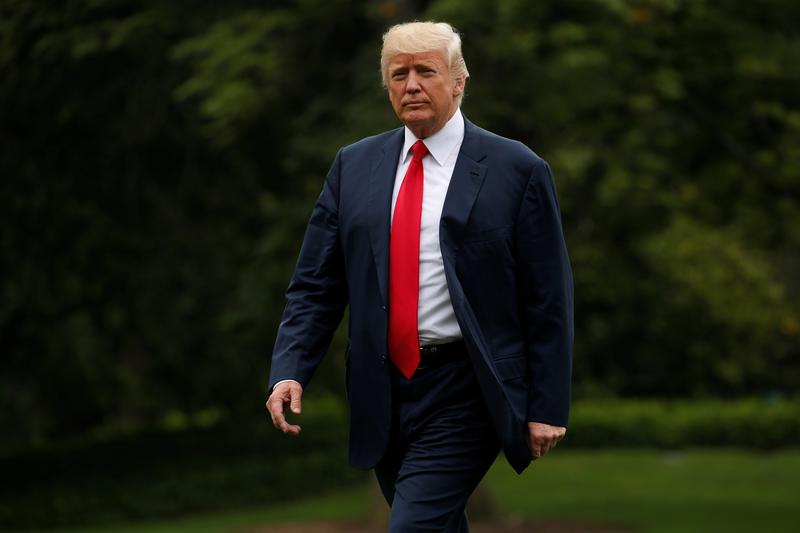 U.S. President Donald Trump on Tuesday rolled back rules regarding environmental reviews and restrictions on government-funded building projects in flood-prone areas as part of his proposal to spend $1 trillion to fix aging U.S. infrastructure.

Postcards to those who remain?
Where would one find business addresses for these folks?

Here’s a list of CEOs from several of Trump’s Councils, not just the manufacturing one.

We Track Trump's Complicit CEOs So You Don't Have To - CitizenVox

Update 1: Since this was originally posted in the morning on Tuesday, Aug. 15, Alliance for American Manufacturing‘s Scott Paul stepped down from Trump’s manufacturing council and Arconic’s Klaus Kleinfeld, Caterpillar’s Doug Oberhelman, Ford’s...

It’s pretty gratifying to see that Campbells and 3M both bailed before any social media campaigns got rolling.

The takeaway message for me is that it’s worth pressing those CEOs to do more. Instead of just resigning and standing by, I’d rather they started a concerted effort to counter the narratives coming out of the White House. This past weekend may have been the point where an extremist Trump leaves the mainstream behind. Those CEOs ought to be claiming the mainstream.

Turns out one of the councils called to say they were disbanding. They hung up. Trump tweeted that it was his decision to disband the councils. We prob all suspected it was that way, but lulztrump.

Trump has the BEST disbandings, and nobody disbands without his say-so.

I’m pretty sure they caught the murderer in C-Ville. He’s being held at Ablemarle jail on suspicion of 2nd degree murder.

Social media is the quickest with a big immediate impact.

Here is a thread about the impact social media has and what works best, etc.

A few years ago, a former staffer from a top-tier int'l PR firm walked me through how corporations monitor social media for brand risk. 1/ 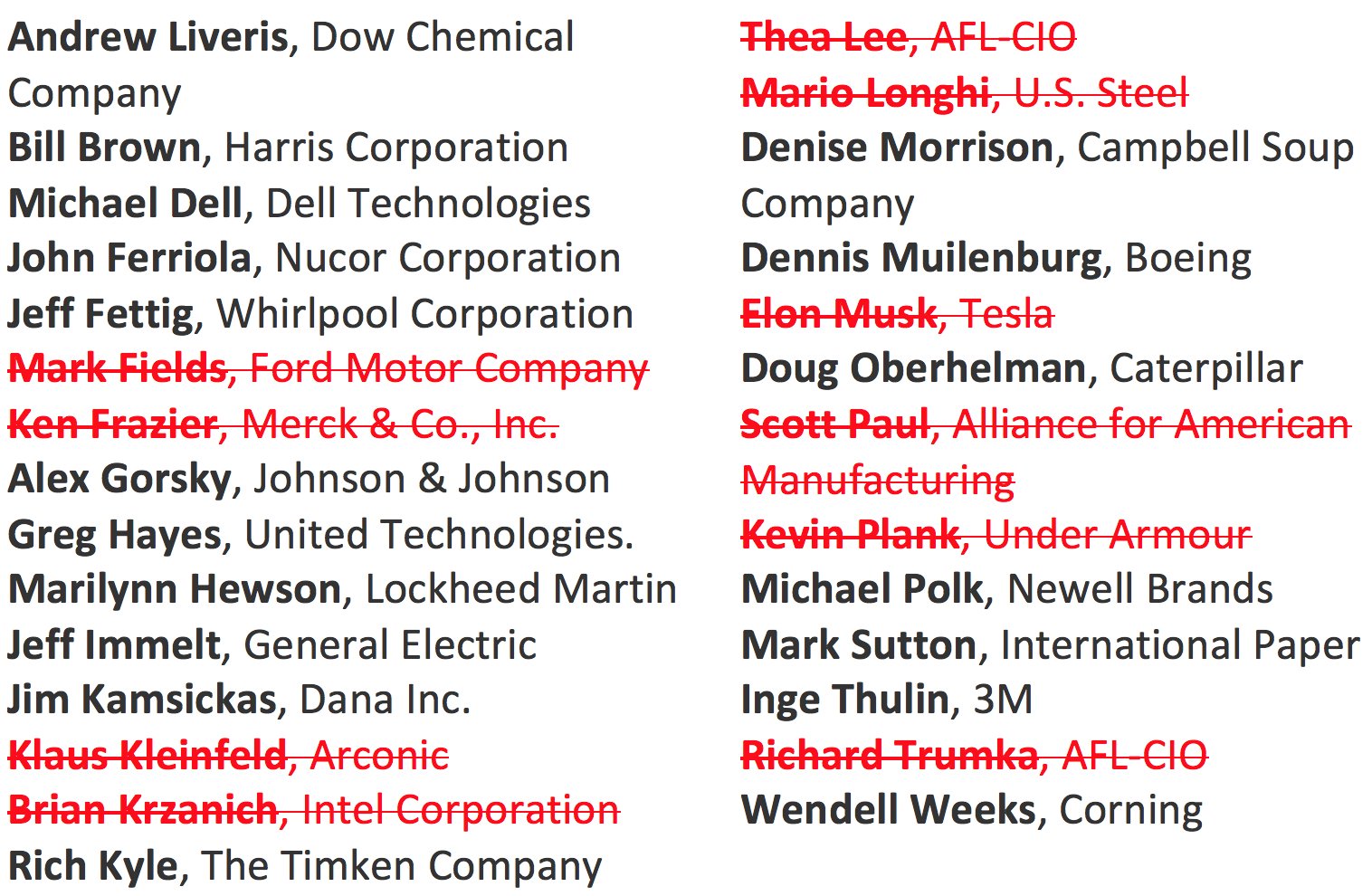 With the exit of AFL-CIO, here’s an updated list of members of Trump’s manufacturing council.

With the exit of AFL-CIO, here’s an updated list of members of Trump’s manufacturing council. pic.twitter.com/CTIrejEGYH 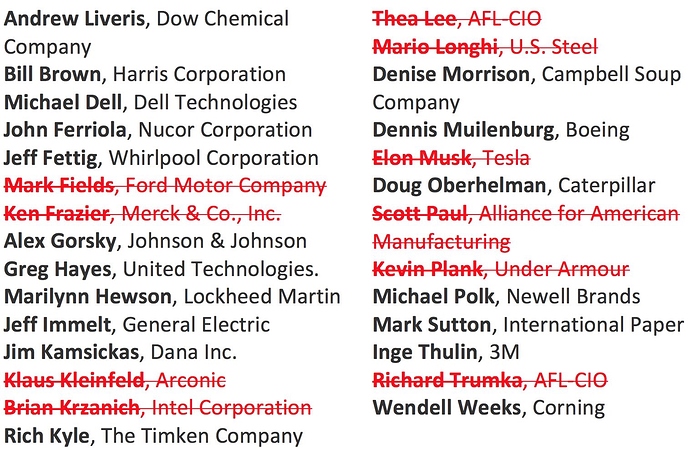