1/ Trump's staff is "stunned and disheartened" by his Charlottesville remarks. They say they "never expected to hear such a voluble articulation of opinions that the president had long expressed in private." While Trump has repeatedly said he is not prejudiced, his statements against white nationalists and racist organizations have been equivocal: It started with his Saturday comment of placing blame “on many sides," which was followed by a stronger denunciation of hate groups via email, attributed to an unnamed “spokesperson.” On Monday, Trump said that “racism is evil," but by Tuesday, Trump had reassigned “blame on both sides” for the Charlottesville violence, singling out "alt-left" groups who were “very, very violent." (New York Times)

I have one question: Why did it take so long for these execs to wise up? 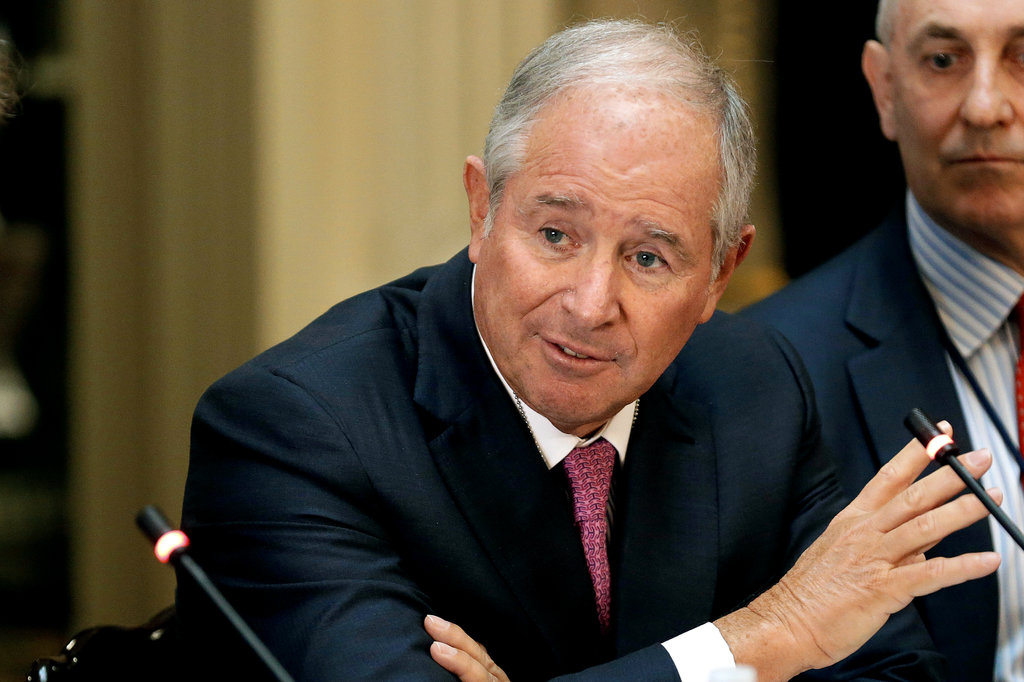 Inside the C.E.O. Rebellion Against Trump’s Advisory Councils

The president announced that he would dissolve two councils of business leaders after a decision by the members of his Strategic and Policy Forum to disband.

Exactly this. There are plenty of reasons to have bailed sooner: Paris, the Russia investigation, health care, etc. It’s not like any of these things are a net positive on most of the executives on the councils. Kudos to Musk for bailing early.

FWIW, by “sooner” I mostly meant why it took some 96hrs to resign (or waffle on making a decision).

52% of Americans think Trump’s response to the violence in Charlottesville was “not strong enough.”

I really can’t believe that it barely crawled over the 50% mark. Are people still hesitant if he is a good guy or not?

I don’t have any illusions about why most ppl, including these businessmen, joined the drumpf train, but I can’t help thinking about conversations I used to have with my students discussing the merits of getting into politics even if it meant having to associate with the shitshow just to try to change it for the better from the inside. A sisyphean task probably, it might only work to topple that circus thru outside resistance only, but when I’m not in too deep a pit of despair I Mulder-ize and think that maybe there were a few good intentions buried in there somewhere.

4/ The White House is telling Republicans to say Trump’s comments on Charlottesville are “entirely correct.” The evening communications briefing encouraged members to echo Trump’s line that “both sides … acted inappropriately, and bear some responsibility.” The memo adds that the “media reacted with hysteria” and that "we should not overlook the facts just because the media finds them inconvenient.” (The Atlantic)

This is terrifying. I mean, it’s no different than anything else that’s come from his administration (see: climate change, crowd sizes, voter fraud, etc), but the fact that this is normal and expected is not ok. This is what fascism looks like.

I’m not sure I want to know the answer to that. Might be even more depressing than you think.

Interesting theory. Merck practically singlhandedly fueled the opioid crisis back in 2001, through it’s now sold subsidiary Merck Medco, a conduit between pharmacists and the drug companies that heavily lobbied against restrictions on and provided hefty subsidies for prescriptions of OxyContin. When the heat got bad they sold Merck Medco in 2012, but clearly the damage was already done. I don’t think they are overly concerned with image.

Sarah Kendzior has a new piece in the Globe & Mail, and it reminded me of @jensonw 's point about once drumpf becomes a liability to the CEOs they will start abandoning him. 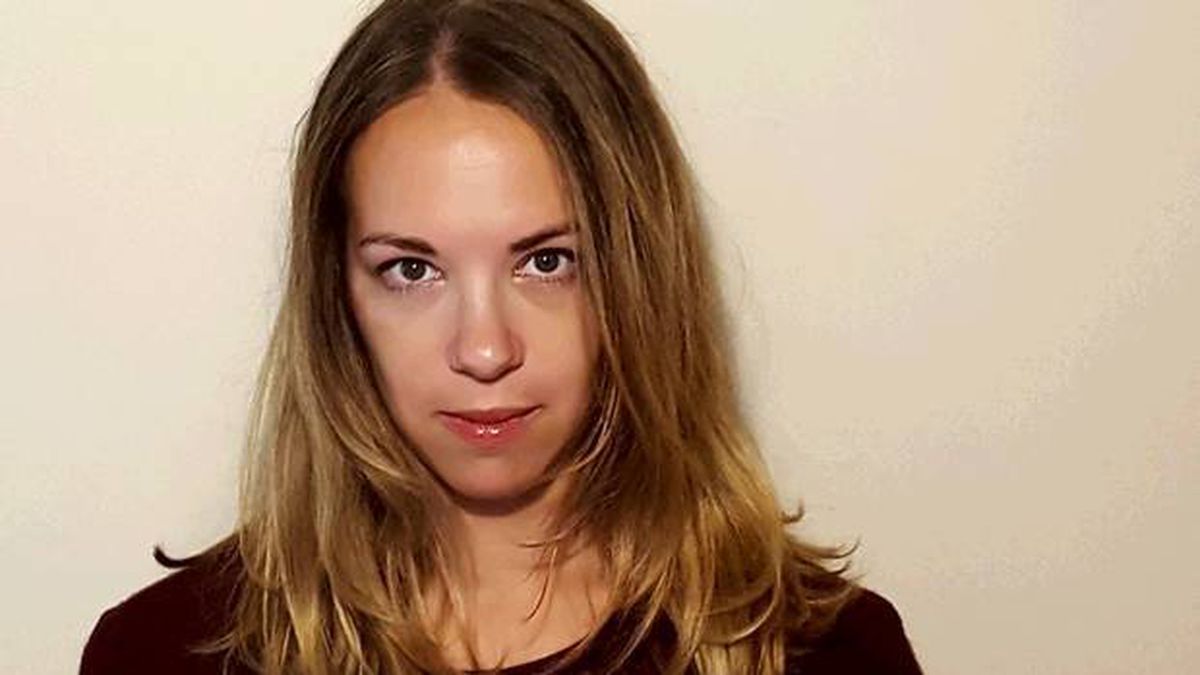 The Trump ship may finally be sinking

Of those abandoning the Trump administration, the most notable departure of the week may not be Steve Bannon, but ally Carl Icahn – his long-time financial backer

Article’s not too long, and it’s all really good, but the main shit that stuck out to me is:

This is why the most notable departure of the week may not be Mr.Bannon, but long-time Trump ally Carl Icahn, an infamous 81-year-old corporate raider who has been bailing Donald Trump out since his bankruptcy-prone 1980s real estate heyday. Unlike other members of the administration, Mr. Icahn is no Trump lackey; if anything, the positions are reversed. A New Yorker profile notes that the ruthlessly successful Icahn was what Trump wanted to be but failed, lacking his acumen. Icahn was always the alpha dog; Trump, the pampered puppy whom he protected.

But no more. Now Mr. Icahn, who avoided prosecution despite
decades of questionable deals, appears to be in legal trouble, thanks to the fact that he took an official White House role as a Trump adviser and may have abused it for his own financial benefit.

She addressed the turmoil of Bannon and drumpf’s agenda of “the deconstruction of the administrative state” I wrote about earlier (well, my word was less eloquently chaos lol) and knows it will still take a long time to get him out, if we even can, but I have not heard her say “ship is sinking” before, even cautiously like now.

When Mr. Trump loses protective power brokers such as Carl Icahn, it indicates his ship may truly be sinking. Mr. Trump will continue to pander to his bigoted base, but that base cannot protect him from the consequences of his actions.

Icahn potentially isn’t abandoning Trump based on what Trump stands for as much as he’s just saving his own tail. In general, he still supports what Trump is doing by slashing government regulations, but wants to avoid his own personal political & legal quagmires.

Sure, Icahn gave Trump advice (he endorsed hiring Mnuchin, Wilbur Ross, & Pruitt) but I’m not familiar with anything Icahn exclusively did to protect Trump as President. In other words, what “protective power” did Icahn provide for Trump that is now lost?

Here’s a long and interesting deep dive on Icahn (also linked in both the Globe & Mail and Forbes articles).

Was President Trump’s richest adviser focussed on helping the country—or his own bottom line?

Icahn’s role was novel. He would be an adviser with a formal title, but he would not receive a salary, and he would not be required to divest himself of any of his holdings, or to make any disclosures about potential conflicts of interest. “Carl Icahn will be advising the President in his individual capacity,” Trump’s transition team asserted.

(The day Icahn’s appointment was announced, he made half a billion dollars on rising shares of his stake in his company.)

Here was a more appropriate job title for Icahn:

It was hardly lost on Wall Street that the famously single-minded investor might leverage his new role to advocate for his own investments. Barron’s asked, “Has Carl Icahn been appointed Secretary of Talking His Own Book?” The Web site Dealbreaker, noting Icahn’s lack of conflict-of-interest constraints, proposed an alternative job title: “Secretary of Do Whatever the Fuck You Want.”

Icahn and Trump maintained a loose friendship during the ensuing decades, one that was hardly as intimate as Trump likes to make it sound. The very notion of a relationship that transcends mercenary self-interest may be alien to Icahn. Once, in a court proceeding, he said, “If the price is right, we are going to sell. I think that’s true of everything you have, except maybe your kids and possibly your wife.”

(Icahn ended up getting a divorce

Icahn is just as self-serving as Trump. I think now that Trump’s presidency isn’t accomplishing as much as Icahn thought it would, the risk-to-reward ratio is too high—not just risks from Trump, per se, but risks of his financial empire taking a hit under intense public scrutiny in general.

Trump’s bid for the Presidency may have seemed like a long shot, and Icahn professed to have misgivings about the “negativity” of his chosen candidate. But he believed that Trump would slash regulation and, specifically, would make the change that Icahn wanted on biofuel credits [to benefit his refinery company].

If you look at the responses by party affiliation, it’s basically polarized by party.

I know. I’m shocked that only 52% of Americans think his remarks were too weak. What I’d like to know is what proportion of the remaining 48% think his statement was (1) fine, (2) too strong, or (3) aren’t willing to comment because they either don’t pay attention to the news or usually stay out of politics. I sure hope it’s mostly (3). Otherwise, the current battle against racism looks a bit bleak.

Why? Because it suited their needs: it got them an audience with the President. After all, he seems to listen to the last voice he’s heard before parroting it to the public. The CEOs hoped to shape policy as much as they could out of this president until he crossed the line to where Trump is now a liability to the CEO in terms of the shareholders potentially revolting against the company’s leadership. Cynical view yes, but it wasn’t altruism nor should it be considered that they were in agreement with Trump’s team’s agenda.

By the way, he just disbanded the two advisory groups: https://www.nytimes.com/2017/08/16/business/trumps-council-ceos.html?hp&action=click&pgtype=Homepage&clickSource=story-heading&module=a-lede-package-region&region=top-news&WT.nav=top-news

I think there was some calculus around not wanting to be “out on a limb” by themselves, especially given the propensity of the president for Twitter shaming and the subsequent backlash against their companies’ stock prices. Interesting that Merck didn’t seem to suffer unduly. Maybe the president’s influence in that regard is waning.

Of course, there were also a ton of reasons not to join in the first place. (Trump’s rampant misogyny, his racist and divisive rhetoric and demagoguery on the campaign trail, his penchant for inciting or at least encouraging violence at his rallies, his open animosity toward woman, immigrants, Mexicans, Islam, etc… I could go on.)

I mean, I get it… you want to put your business in the best position to succeed, and this president has shown a pattern of using the bully pulpit he commands to be vindictive toward those he perceives as having slighted him. But I give much more credit to the business leaders who declined to join these panels than the ones who bailed after Trump predictably did something despicable.

Merck stock never really completely recovered after the Vioxx scandal all those years ago. It may very well be that they weren’t all that concerned with a dip in price considering what they have survived previously. They also have pumped quite a bit of cash into their MerckHelps assistance program to provide discounted and free medication to those in need, quite a large number of whom are right in Trumps main support demographic. Is even the Trump administration blind enough to think an attack like that wouldn’t backfire? No, you’d get a large number of registered voters saying things like, “Well, I believe in President Trump, but he’s got no call to say that sort of thing about the place that gives [me, my family member, my friend, etc] their [insert medication name here] for free. They’re trying to help people!”
(All the while not thinking twice about the oxymoron inherent in their supporting a President who ran on a platform that advocated cutting off access to healthcare for millions, many of themselves included)