1/ The House passed a $15 billion disaster relief package, sending the measure to Trump to sign. The bipartisan deal also raises the debt limit and funds the government through December, despite objections from conservatives. (NBC News / ABC News)

3/ The White House’s Election Integrity Commission accused New Hampshire voters of fraud for using out-of-state driver’s licenses to vote. In a Breitbart op-ed, Kris Kobach, the vice chairman of the commission, alleges that approximately 5,500 same-day voters may have stolen New Hampshire’s four electoral votes and a US Senate seat away from Republicans, because they haven’t registered vehicles in New Hampshire or gotten in-state drivers licenses since the election. Experts say the allegation is baseless. New Hampshire is one of fifteen states that allow same-day voter registration. (Washington Post / New Hampshire Public Radio)

TIL: The White House thinks having a car or knowing how to drive is a requirement to vote.

(I’d seriously doubt, btw, that any members of the Trump family have cars registered in their names (instead of some LLC) or have actually driven a car in decades, if ever… I’d be pretty shocked if Melania, for example, has a car registered in her name or has a valid driver’s license.)

4/ Robert Mueller’s team wants to interview White House staffers about Trump Jr.'s initial statement regarding his meeting with the Russian lawyer at Trump Tower during the campaign. Trump personally helped craft his sons misleading statement while aboard Air Force One, which claimed Trump Jr. “primarily discussed a program about the adoption of Russian children” during his meeting with a Russian lawyer. That claim was later debunked by multiple accounts of the meeting. Mueller wants to know whether information was intentionally left out and who was involved. (CNN)

Those WH aides might be Hope Hicks and Josh Raffel. I guess we’ll find out?

Those WH aides might be Hope Hicks and Josh Raffel. I guess we’ll find out?

Mueller’s interest in the aides, including trusted adviser Hope Hicks, former press secretary Sean Spicer and former chief of staff Reince Priebus, reflects how the probe that has dogged Trump’s presidency is starting to penetrate a closer circle of aides around the president. Mueller gives White House names of 6 aides he expects to question in Russia...

Sean Spicer, Reince Priebus and Hope Hicks are among the current and former Trump officials named.

@mouseam email? Actually I’m not sure? A slack channel? Whatever you’re comfortable with… what time zone are you in?

The highest rates of out-of-state IDs used at the polls were in towns with college campuses.

Where Were Out-of-State IDs Used to Vote in New Hampshire Last November?

The state’s photo voter ID law was passed in 2012.

In a subsequent legal challenge, the New Hampshire Supreme Court differentiated between a “resident” and “domicile”. Out-of-state students are the latter.

See bottom of page 4 of that case law for statutory definitions of “resident” and “domicile”. NH state motor vehicle laws use that definition of “resident”.

At the top of page 5, the State of NH even acknowledged out-of-state students—as domiciles—can vote without a NH state-issued driver’s license:

So, voting as a college student in New Hampshire doesn’t require a registered vehicle nor an in-state driver’s license to vote because out-of-state students are not permanent residents.

Persons who move to New Hampshire with the intent of becoming a permanent resident must register their vehicle and apply for a NH driver’s license within 60 days of arrival.

The companion bill to the photo voter ID law was Senate Bill 318, which “modifies forms and procedures for voter registration and links a person’s voting domicile to state motor vehicle records.”

I could be wrong, but it seems motor vehicle records are supposed to be only used as a matching tool to confirm information (verify accuracy), not as an exclusionary screening tool to eliminate voters if no match—or a possibly incorrect partial match—exists.

In other words, the matching procedure is sensitive (i.e, casts a wide net to lower the chance of a false negative “miss” of potential cases of fraud) but it is NOT specific (i.e., has a high false-positive rate whereby a “hit” does not necessarily mean fraud occurred). Sensitivity and specificity are statistical measures of the performance of a binary classification test that are widely used in medicine: The terms "positive" and "negative" do not refer to benefit, but to the presence or absence of a condition; for example if the condition is a disease, "positive" means "diseased" and "negative" means "healthy". In many tests, including diagnostic medical tests, sensitivity is the extent to which true positives are not overlooked, thus false negatives are few...

From the Help America Vote Act (HAVA) of 2002 (page 45) as referred to in the above NH Supreme Court case law:

(B) REQUIREMENTS FOR STATE OFFICIALS.—
(i) SHARING INFORMATION IN DATABASES.—The
chief State election official and the official responsible
for the State motor vehicle authority of a State shall
enter into an agreement to match information in the
database of the statewide voter registration system
with information in the database of the motor vehicle
authority to the extent required to enable each such
official to verify the accuracy of the information provided
on applications for voter registration.

Feel free to forward all of this information to Kobach 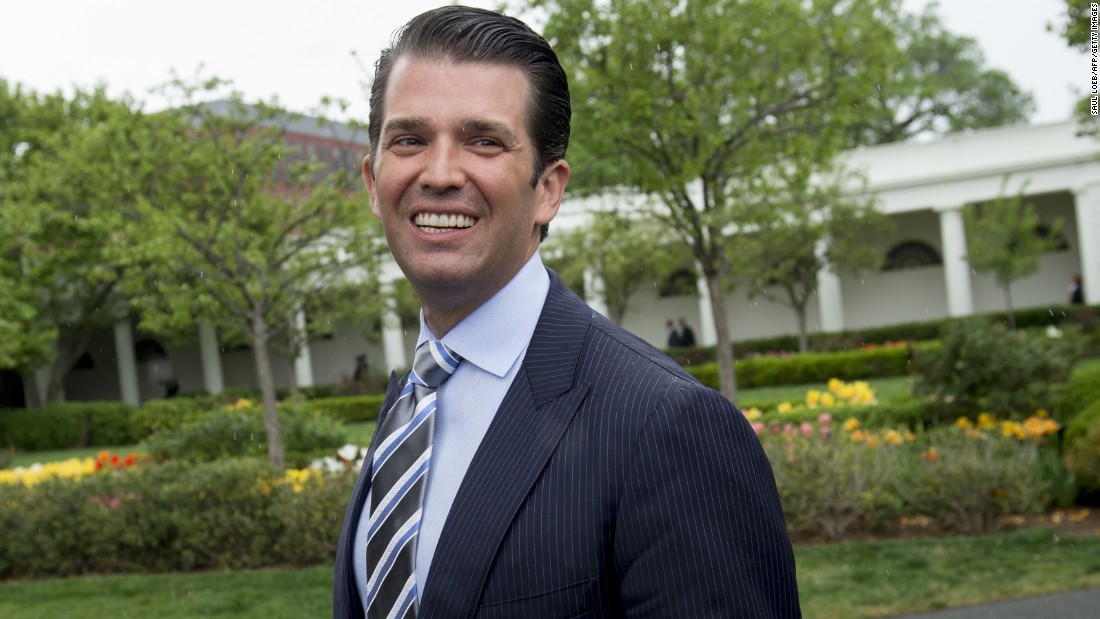 “It is important to remember that anyone who testifies in front of a Senate committee is under the restrictions of the False Statements statute that says material false statements to Congress are criminal and punishable with fines or imprisonment or both,” Coons said in the statement.

That original tweet is no longer up, but people saved the link at Wayback Machine à¦à§à¦à¦à¦¾à¦°à§ Kris W. Kobach: "For years, the MSM has ignored the problem of voter fraud and belittled those of us trying to do something about it. https://t.co/lKybyrqMkv" I see at least 17 comments under his tweet and the best comes from Ike Barinholtz. 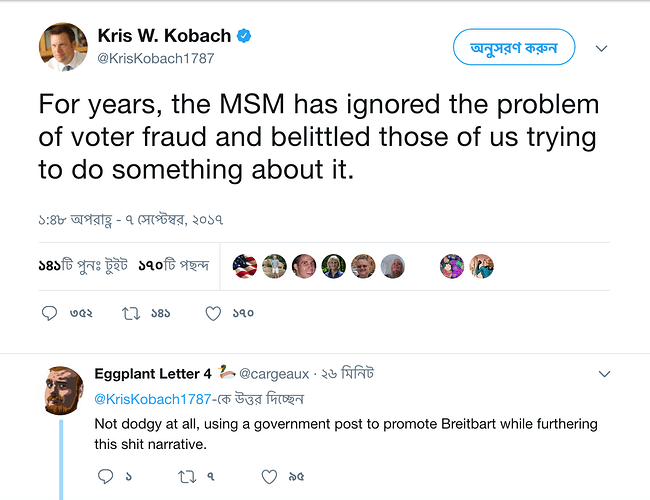 I’m not a huge fan of slack, but I was thinking that too but than I checked it out and the hashtaging doesn’t work the way I thought it did.

Hicks, who is now White House communications director, and Raffel were involved in internal discussions in July over how to respond to questions about a Trump Tower meeting that Donald Trump Jr. organized with a Russian lawyer during the presidential campaign in June 2016.

Hmmm… just what I thought.

Mouseam we should collaborate connecting the Russia investigation to the the individuals that are now officially part part of the investigation. I don’t know the Russia stuff like you but I know these people as best as one can from reading about them.

@Seabass I was thinking the same! I just hadn’t thought of how to go ab it. What are your thoughts?