1/ Steve Bannon was subpoenaed to testify in front of a grand jury as part of Mueller's Russia probe. It's the first time Mueller has used a grand jury subpoena to get information from someone in Trump's inner circle. Mueller, however, may end up letting Bannon forgo the grand jury appearance if he allows investigators to question him at the special counsel's offices in Washington. (The New York Times) 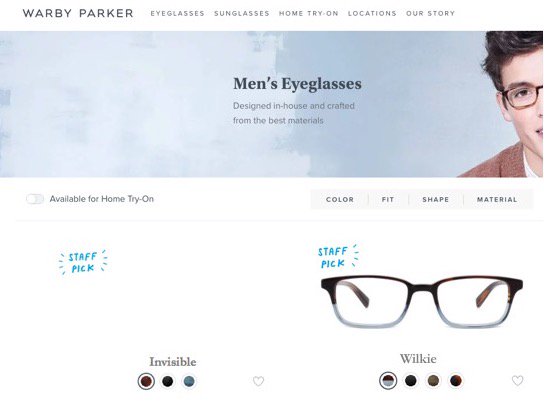 We’ve all done it before…but 99% of the time you catch yourself mid-way and go “wtf?”…instead he place them down on the table. hahahaha. 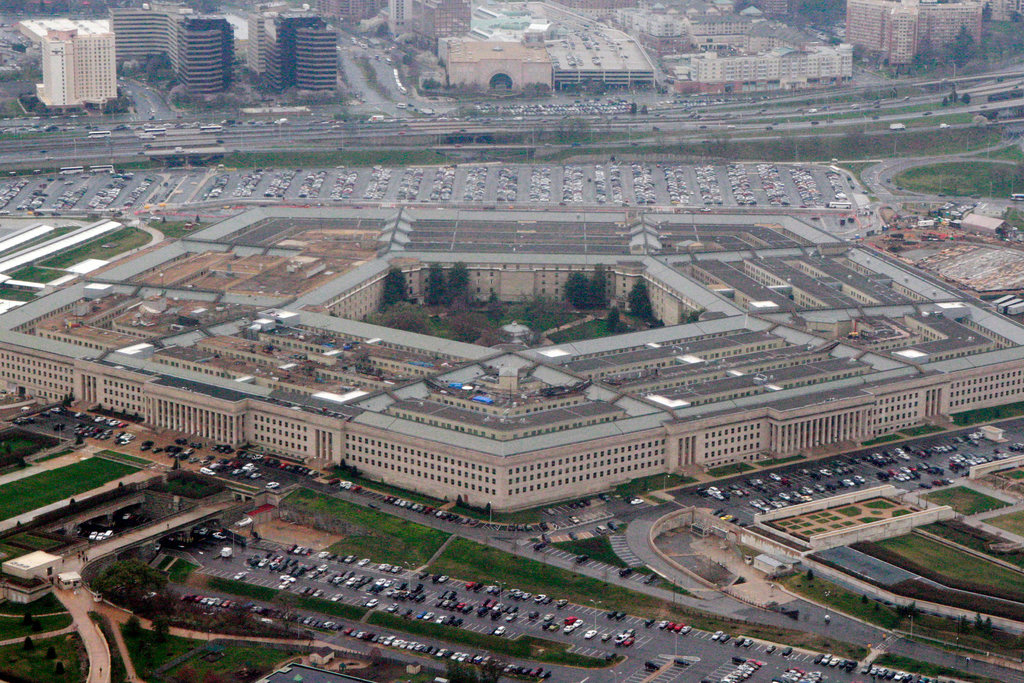 President Trump has not yet approved a draft strategy that would expand “extreme circumstances” for nuclear retaliation to include a crippling cyberattack.

I’m new here, and I don’t really know how it’s decided which news items will make it into the daily posts, but… is it really necessary to list Trump’s height and weight and whether or not he’s considered obese? His weight has no bearing on his ability (or lack thereof) to serve as president; it doesn’t even really have much bearing on his overall health.

I’m not saying this to defend Trump; hell with that. But I AM obese (and in very good health, thank you), and seeing his weight made public as if it were newsworthy or should affect our judgment of him hurt ME. I look forward to these daily emails, but that one line felt like a slap in the face. Is this something you could maybe try to keep in mind going forward?

This is the first time we’ve seen Policy change that acknowledges the existence of the secret US proposed Cyber Command operation called “Nitro Zeus” that was to follow operation “Olympic Games” in Iran. A foreign actor could potentially knock out all communications and our power grid, causing chaos across the country for months. To respond with nuclear weapons seems crazy, they must really want to deter cyber attacks against the US. Scary stuff!

The plan, named Nitro Zeus, was designed to disable Iran’s air defenses, communications systems and parts of its power grid but was suspended after the deal was fulfilled.

@Pet_Proletariat that is fucking nuts! Cyber threats are paralyzingly scary but of course nuke-obsessed drumpf is eager to grasp for any reason to push his very big button. Fucking rolled my eyes all the way out the door ulgh.

I couldn’t listen to this doctor stand there and not be overwhelmed with feeling like he was totally lying, spinning drumpf-lackey talking points. I really believed he’d hold true to his hippocratic integrity but man even that goes flying out the window and fuck I hate being lied to it is fucking insulting.

This policy came from the Pentagon, not the White House and Trump denies the cyber attack on the 2016 elections. I wouldn’t be surprised if It’s not just policy but a message, hacking by foreign agents is an act of war.

I couldn’t listen to this doctor stand there and not be overwhelmed with feeling like he was totally lying, spinning drumpf-lackey talking points. I really believed he’d hold true to his hippocratic integrity but man even that goes flying out the window and fuck I hate being lied to it is fucking insulting.

I’ve read that there are photos of trump standing near Jeb Bush (6’3") & he was obviously shorter than Jeb, also next to President Obama (6’1") where he seems just a barely shorter; while older records put trump at 6’2", most of us lose some height with age, so his real height is more likely closer to 6’1" now, or less. But why does this matter? and why the lies? If the doctor not “re-imagined” trump’s height, trump’s BMI (body-mass index) would put him easily into the category of “obese”. What a coincidence, that now in the BMI charts he is just one pound shy of “obese”, don’t you think? I’m sure that trump’s ego would never allow that, thus we have more lies from this pathetic “doctor”.
Oh, I’m sorry, I meant “alternative facts”.

It’s about whether you believe what the official White House doctor said about the president’s health exam. Do you? I don’t. And neither do the tens thousands of people on the internet right now questioning Trump’s official health exam.

I’ve found this interesting, because there have also been many defenses of him especially because he was Obama’s doctor too. Personally, I don’t believe him – not so much because of the content of his health exam analysis, it was his sycophantic comments he repeatedly made, that makes me question the legitimacy of his analysis.

it was his sycophantic comments he repeatedly made

exactly. guy was polishing a turd and was choking while doing it

Outside physicians looking at the lab results sayin’ the president is unequivocally unhealthy. Seems like, I don’t know, a pretty shitty swill job by the WH doctor. 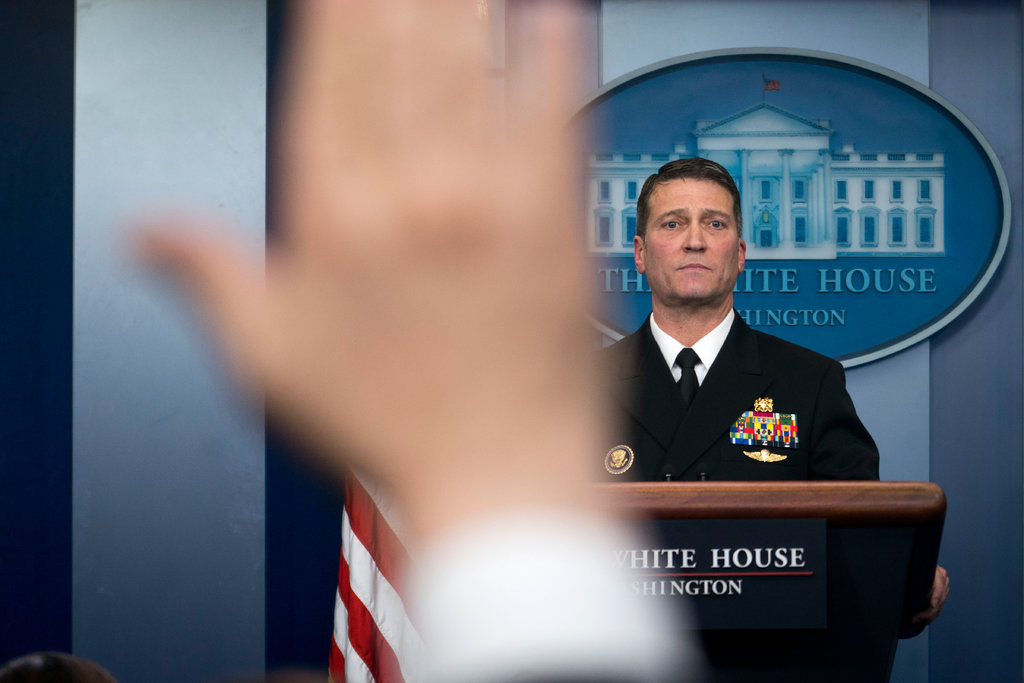 The White House physician had said President Trump was in “excellent” cardiac health despite having an LDL cholesterol level of 143, well above the desired number.

I feel so bad…maybe I’ll send him a case of Big Macs!

It sure wouldn’t choke me up if he keels over.
And you have to remember, this “doctor” is only allowed to say what POTUS wants him to say. So I say, let him eat Big Macs!

I really want to believe this is the work of a prankster, but I’m convinced it’s a real goof

Hi @Griffin I think the obesity and weight details were a big part of the discussion coming straight from the doctor giving his report, no one here was trying to make it a big “thing” it was just quoting what was in the briefing. But yes, I am with you on not making fun of someone based on appearances, it is never constructive and just makes ppl look like they can’t think of anything actually useful to say.

is it really necessary to list Trump’s height and weight and whether or not he’s considered obese?

I hear you. I received a bunch of emails about this last night, as well as DMs on Twitter and FB. Here’s my position:

Yes, it’s necessary. It’s not about fat shaming. It’s not about making fun of somebody’s body. It’s about whether you believe what the official White House doctor said about the president’s health exam. Do you? I don’t. And neither do the tens thousands of people on the internet right now questioning Trump’s official health exam.

Including the details about his height/weight isn’t malice. They’re publicly released stats about a public figure who has no right to privacy.

WTFJHT has always maintained a skeptical point of view on what officials say, which is why I try to present “The Facts” without the spin, framing, positioning, etc. I could have done a better job with this to have elicited the “WTF???” factor, though.

Glad I enjoyed a laugh at Hatch’s expense before I got to this last tidbit: that the Pentagon would promote nuclear options for this unbalanced jerk of a POTUS is just freaking insane!