1/ The U.S. government formally accused Russia of committing war crimes in Ukraine – four weeks after Russia launched its invasion. Secretary of State Antony Blinken said in a statement that “based on information currently available, the U.S. government assesses that members of Russia’s forces have committed war crimes in Ukraine,” noting that many of the buildings Russian forces have targeted are “clearly identifiable as in-use by civilians” in Russian “in huge letters visible from the sky.” The International Criminal Court on March 1 opened an investigation into possible war crimes in Ukraine. (CNBC / Wall Street Journal / Politico / Washington Post)

The two prosecutors working under the Manhattan DA resigned recently and saw that any chance for an indictment against T were not going to happen. But there
were ‘numerous’ possible Felonies to charge T with…and here is some of what they found. 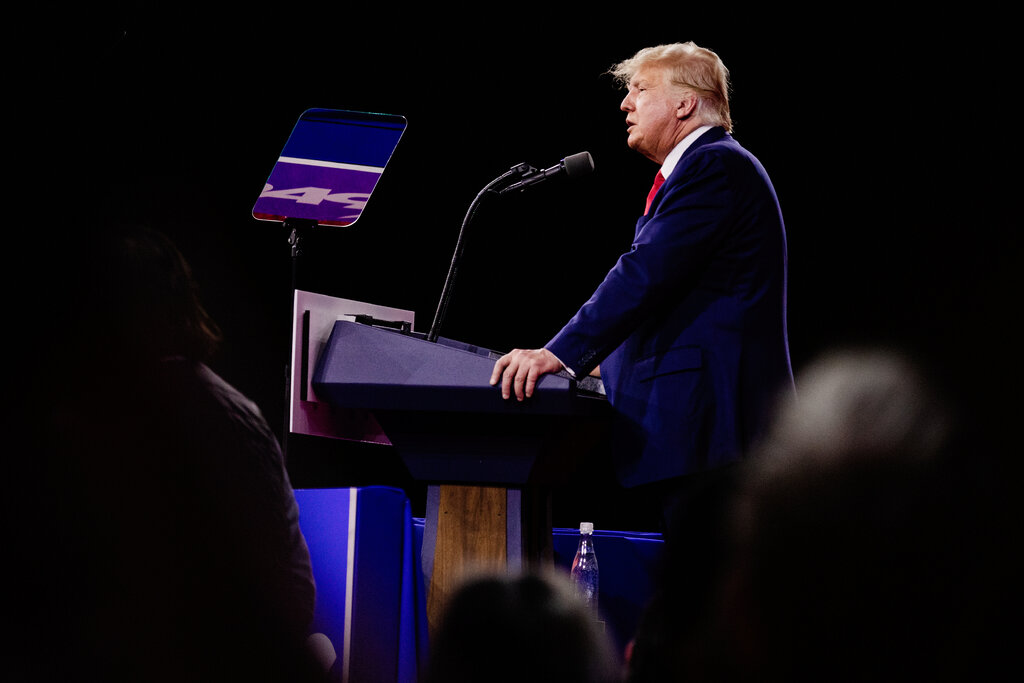 Trump Is Guilty of ‘Numerous’ Felonies, Prosecutor Who Resigned Says

Mark F. Pomerantz, who had investigated the former president, left after the Manhattan district attorney, Alvin Bragg, halted an effort to seek an indictment.

Trump Is Guilty of ‘Numerous’ Felonies, Prosecutor Who Resigned Says

Mark F. Pomerantz, who had investigated the former president, left after the Manhattan district attorney, Alvin Bragg, halted an effort to seek an indictment.

One of the senior Manhattan prosecutors who investigated Donald J. Trump believed that the former president was “guilty of numerous felony violations” and that it was “a grave failure of justice” not to hold him accountable, according to a copy of his resignation letter.

Mr. Pomerantz, 70, a prominent former federal prosecutor and white-collar defense lawyer who came out of retirement to work on the Trump investigation, resigned on the same day as Carey R. Dunne, another senior prosecutor leading the inquiry.

Mr. Pomerantz’s Feb. 23 letter, obtained by The New York Times, offers a personal account of his decision to resign and for the first time states explicitly his belief that the office could have convicted the former president. Mr. Bragg’s decision was “contrary to the public interest,” he wrote.

“The team that has been investigating Mr. Trump harbors no doubt about whether he committed crimes — he did,” Mr. Pomerantz wrote.

Mr. Bragg’s decision not to pursue charges then — and the resignations that followed — threw the fate of the long-running investigation into serious doubt. If the prosecutors had secured an indictment of Mr. Trump, it would have been the highest-profile case ever brought by the Manhattan district attorney’s office and would have made Mr. Trump the first American president to face criminal charges.

Earlier this month, The Times reported that the investigation unraveled after weeks of escalating disagreement between the veteran prosecutors overseeing the case and the new district attorney. Much of the debate centered on whether the prosecutors could prove that Mr. Trump knowingly falsified the value of his assets on annual financial statements, The Times found, a necessary element to proving the case.

While Mr. Dunne and Mr. Pomerantz were confident that the office could demonstrate that the former president had intended to inflate the value of his golf clubs, hotels and office buildings, Mr. Bragg was not. He balked at pursuing an indictment against Mr. Trump, a decision that shut down Mr. Pomerantz’s and Mr. Dunne’s presentation of evidence to a grand jury and prompted their resignations.

Mr. Bragg has said that his office continues to conduct the investigation. For that reason, Mr. Bragg, a former federal prosecutor and deputy New York State attorney general who became district attorney in January, is barred from commenting on its specifics.

Mr. Bragg’s predecessor, Cyrus R. Vance Jr., had decided in his final days in office to move toward an indictment, leaving Mr. Trump just weeks away from likely criminal charges. Mr. Bragg’s decision seems, for now at least, to have removed one of the greatest legal threats Mr. Trump has ever faced.

The resignation letter cast a harsh light on that decision from the perspective of Mr. Pomerantz, who wrote that he believed there was enough evidence to prove Mr. Trump’s guilt “beyond a reasonable doubt.”

“No case is perfect,” Mr. Pomerantz wrote. “Whatever the risks of bringing the case may be, I am convinced that a failure to prosecute will pose much greater risks in terms of public confidence in the fair administration of justice.”

In a statement responding to the letter, Mr. Trump’s lawyer, Ronald P. Fischetti, said that charges were not warranted and that Mr. Pomerantz “had the opportunity to present the fruits of his investigation to the D.A. and his senior staff on several occasions and failed.”

Mr. Fischetti, who was Mr. Pomerantz’s law partner in the 1980s and early 1990s, added: “We should applaud District Attorney Alvin Bragg for adhering to the rule of law and sticking to the evidence while making an apolitical charging decision based solely on the lack of evidence and nothing else.”

In its own statement, Mr. Trump’s company, the Trump Organization, called Mr. Pomerantz “a never-Trumper” and said: “Never before have we seen this level of corruption in our legal system.”

Mr. Trump has long denied wrongdoing and leveled personal attacks on the people investigating him, including a thinly veiled reference to Mr. Pomerantz. In one statement, he claimed that lawyers from Mr. Pomerantz’s former law firm had “gone to work in the district attorney’s office in order to viciously make sure that ‘the job gets done.’ ”

Mr. Pomerantz, who confirmed his resignation in a brief interview last month, declined to comment on the letter when contacted by The Times this week.

A spokeswoman for Mr. Bragg, Danielle Filson, said that the investigation was continuing and added: “A team of experienced prosecutors is working every day to follow the facts and the law. There is nothing more we can or should say at this juncture about an ongoing investigation.”

In his letter, Mr. Pomerantz acknowledged that Mr. Bragg “devoted significant time and energy to understanding the evidence” in the inquiry and had made his decision in good faith. But, he wrote, “a decision made in good faith may nevertheless be wrong.”

Mr. Pomerantz contrasted Mr. Bragg’s approach with that of Mr. Vance, who made the Trump investigation a centerpiece of his tenure and convened the grand jury last fall. Mr. Pomerantz’s letter said that shortly before leaving office, Mr. Vance had directed the prosecutors to pursue an indictment of Mr. Trump as well as “other defendants as soon as reasonably possible.”

The letter did not name the other defendants, but the recent Times article reported that the prosecutors envisioned also charging Mr. Trump’s family business and his longtime chief financial officer, Allen H. Weisselberg, who had already been indicted along with the company last year, accused of a yearslong scheme to evade taxes.

Mr. Bragg has told aides that the inquiry could move forward if a new piece of evidence is unearthed, or if a Trump Organization insider decides to turn on Mr. Trump. Some investigators in the office saw either possibility as highly unlikely.

“There are always additional facts to be pursued,” Mr. Pomerantz wrote in his letter. “But the investigative team that has been working on this matter for many months does not believe that it makes law enforcement sense to postpone a prosecution in the hope that additional evidence will somehow emerge.”

He added that “I and others believe that your decision not to authorize prosecution now will doom any future prospects that Mr. Trump will be prosecuted for the criminal conduct we have been investigating.”

As of late December, the team investigating Mr. Trump was mostly united around Mr. Vance’s decision to pursue charges — but that had not always been the case, The Times reported this month. Last year, three career prosecutors in the district attorney’s office opted to leave the team, uncomfortable with the speed at which it was proceeding and with what they believed were gaps in the evidence.

Initially, Mr. Pomerantz and Mr. Dunne had envisioned charging Mr. Trump with the crime of “scheme to defraud,” believing that he falsely inflated his assets on the statements of financial condition that had been used to obtain bank loans. But by the end of the year, they had changed course and planned to charge Mr. Trump with falsifying business records — a simpler case that essentially amounted to painting Mr. Trump as a liar rather than a thief.

Mr. Pomerantz, who joined the investigation more than a year ago, said in the letter that Mr. Trump’s financial statements were “false” — that he had lied about his assets to “banks, the national media, counterparties, and many others, including the American people.”

Mr. Pomerantz is not the only one involved in the investigation to suggest that Mr. Trump or his company broke the law. The New York attorney general, Letitia James, whose office is assisting the criminal investigation and conducting its own civil inquiry, has filed court papers in the civil matter arguing that she has evidence showing that the Trump Organization had engaged in “fraudulent or misleading” practices.

Mr. Trump has accused Mr. Bragg and Ms. James, both of whom are Black Democrats, of carrying out a politically motivated “witch hunt” and being “racists.”

Ms. James’s inquiry, which can lead to a lawsuit but not criminal charges, continues as she seeks to question Mr. Trump and two of his adult children under oath. The Trumps recently appealed a judge’s order that they submit to Ms. James’s questioning.

In another court filing, Ms. James disclosed that Mr. Trump’s longtime accounting firm, Mazars USA, had cut ties with him and essentially retracted a decade’s worth of his financial statements.

Mazars was shaping up to be a crucial witness in the criminal investigation as well. In January, Mr. Pomerantz questioned Mr. Trump’s accountant at Mazars before the grand jury, zeroing in on exaggerations in the financial statements.

But the statements also contained disclaimers, including acknowledgments that Mazars had neither audited nor authenticated Mr. Trump’s claims, potentially complicating the case. And some of Mr. Bragg’s supporters have argued that it would have been a difficult case to win.

Still, Mr. Pomerantz wrote that he and other prosecutors believed that they had amassed sufficient evidence to establish the former president’s guilt, writing that, “We believe that the prosecution would prevail if charges were brought and the matter were tried to an impartial jury.”

Addressing an apparent belief in Mr. Bragg’s office that they might lose at trial, Mr. Pomerantz wrote, “Respect for the rule of law, and the need to reinforce the bedrock proposition that ‘no man is above the law,’ require that this prosecution be brought even if a conviction is not certain.”

Mr. Pomerantz is a former head of the criminal division in the United States attorney’s office in Manhattan, as well as a longtime defense lawyer. He worked on the Trump investigation pro bono.

Mr. Dunne at the time was serving as Mr. Vance’s general counsel, a job he had held since early 2017. In that role, he had successfully argued before the Supreme Court, winning access to Mr. Trump’s tax records.