1/ Trump vowed to make "major decisions" in the next 24 to 48 hours about how to respond to a suspected chemical attack in Syria that killed dozens of people. Trump said there will be a "big price to pay" for the "atrocious," "horrible," and "barbaric act." Trump directly criticized Putin, Russia, and Iran for backing "Animal Assad" in a tweet. Later, Trump said "Everybody's going to pay a price. [Putin] will, everybody will." (New York Times / Washington Post / Reuters)

Gee, I wonder what happened that day to make him so upset? Oh wait… 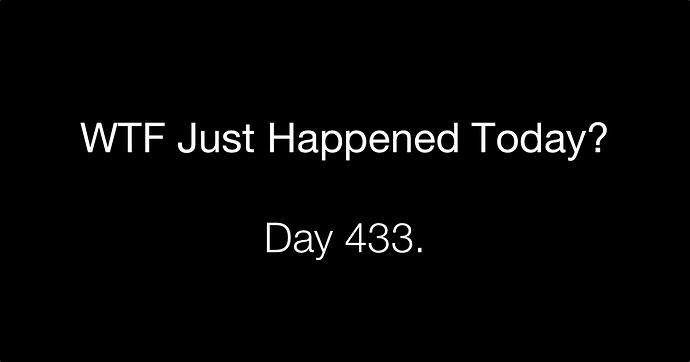 Pertinent to the investigation.

45 seems to always include the “including women and children” bit in these tragedies. Is it some psychological line for him or is it a marketing branding thing. If everyone killed was a grown man would that somehow make it okay to use chemical weapons?

You have to remember that he’s a sexual predator. Women, and possibly children, are prey to him. He takes the ones he wants by force because in his mind they’re defenseless. Which also justifies his need to fill the role of the defender of the helpless women and children.

In a really fucked up way his “need” to protect “women and children” is just another way of justifying his feelings for them. “I can do what I want to them, and they like it; other people can try to do what they want too, and they need to be protected from that.”

Let’s get back to the news and stop randomly speculating about nonsense. This isn’t Twitter.

1/ The FBI raided Michael Cohen’s office, home, and Manhattan hotel room seizing records related to Stormy Daniels and several other topics. Federal prosecutors in Manhattan obtained the search warrants after receiving a referral from Robert Mueller. The search warrants were executed by the office of the U.S. Attorney for Southern District of New York and are “in part” related to Mueller’s investigation. The referral likely resulted from information Mueller had uncovered and gave to prosecutors in New York. (New York Times / Los Angeles Times / Wall Street Journal)

This a big deal, I’m sure there’s loads to talk about here. Any lawyers in the house that want to discuss attorney client privilege? Or search warrants?

“I just heard that they broke into the office of one of my personal attorneys, a good man,” Trump told reporters at the White House. "It’s a disgraceful situation…I’ve been saying it for a long time. I have this witch hunt constantly going on.”

Trump on Monday did not rule out the possibility he might fire Mueller, who is investigating Russian interference in the 2016 election and whether Trump’s campaign was involved. “We’ll see what happens,” he said. “Many people have said you should fire him.” 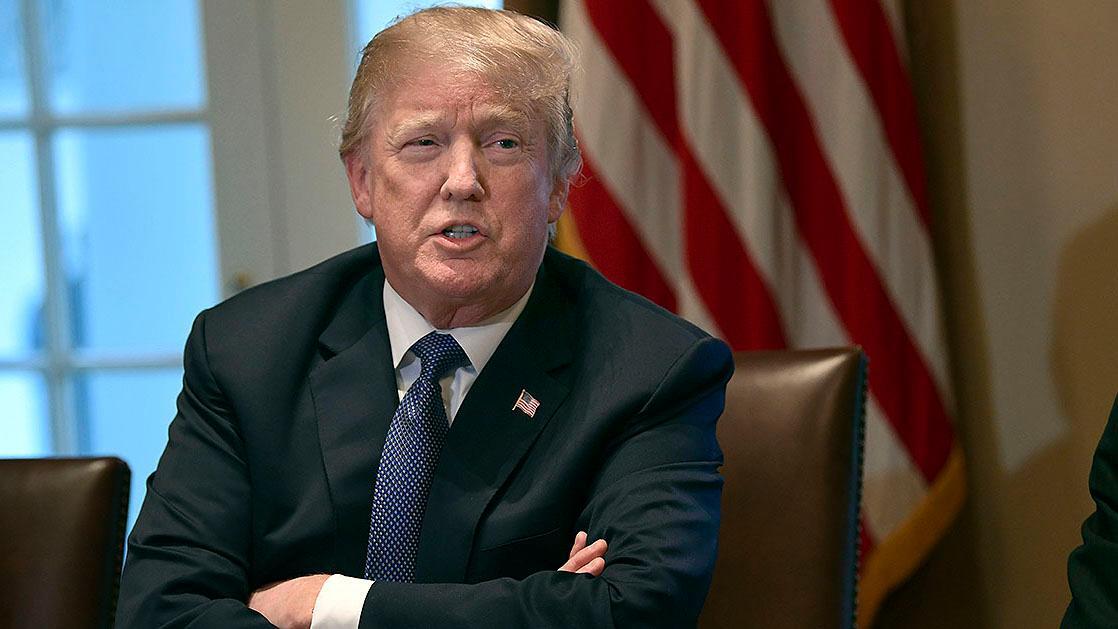 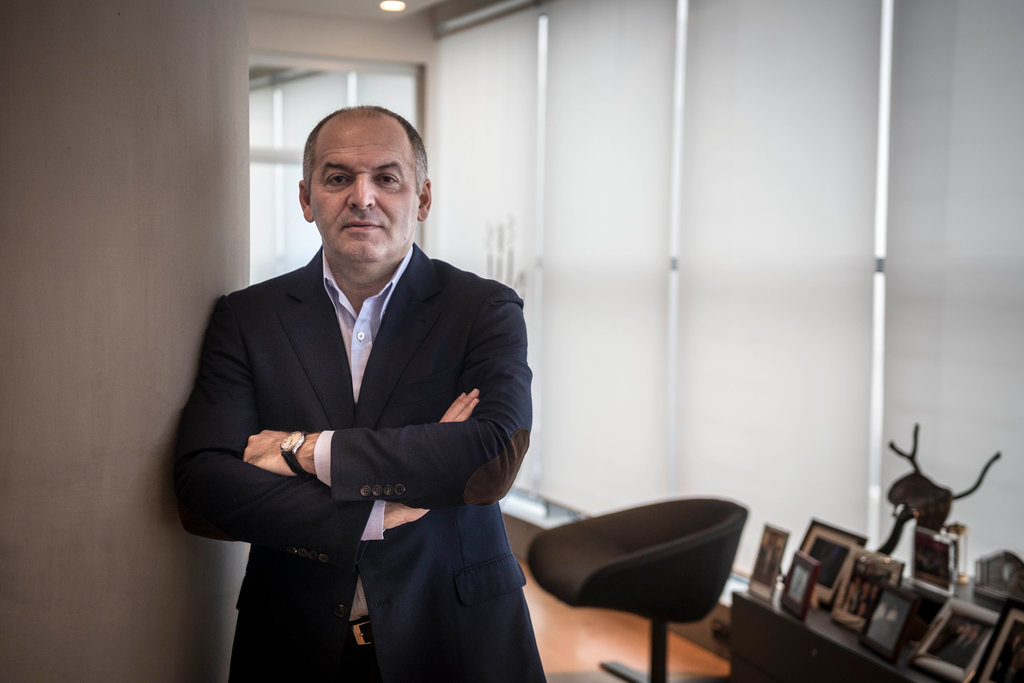 The payment was made as a donation to the Trump Foundation in exchange for a 20-minute talk Mr. Trump gave in the early months of his campaign.

More foreign contributions are being uncovered.

Trump on Monday did not rule out the possibility he might fire Mueller, who is investigating Russian interference in the 2016 election and whether Trump’s campaign was involved. “We’ll see what happens,” he said. “Many people have said you should fire him.”

T projects his own guilt…see crossed arms throughout. He will always hit out…verbally, but will he do the firing of Mueller as he threatens or is it his bully act.
He really is painted into a corner here…more of his dirty laundry is getting to Mueller and NYDA.

What is his next move…?

More clues as to how evidence against Manafort has been gathered. With a key, from a former employer.

“Former Trump campaign chief Paul Manafort has trouble in his own house. According to court documents, one of Manafort’s former employees led an FBI agent to a storage locker filled with paperwork on Manafort’s businesses and finances.” 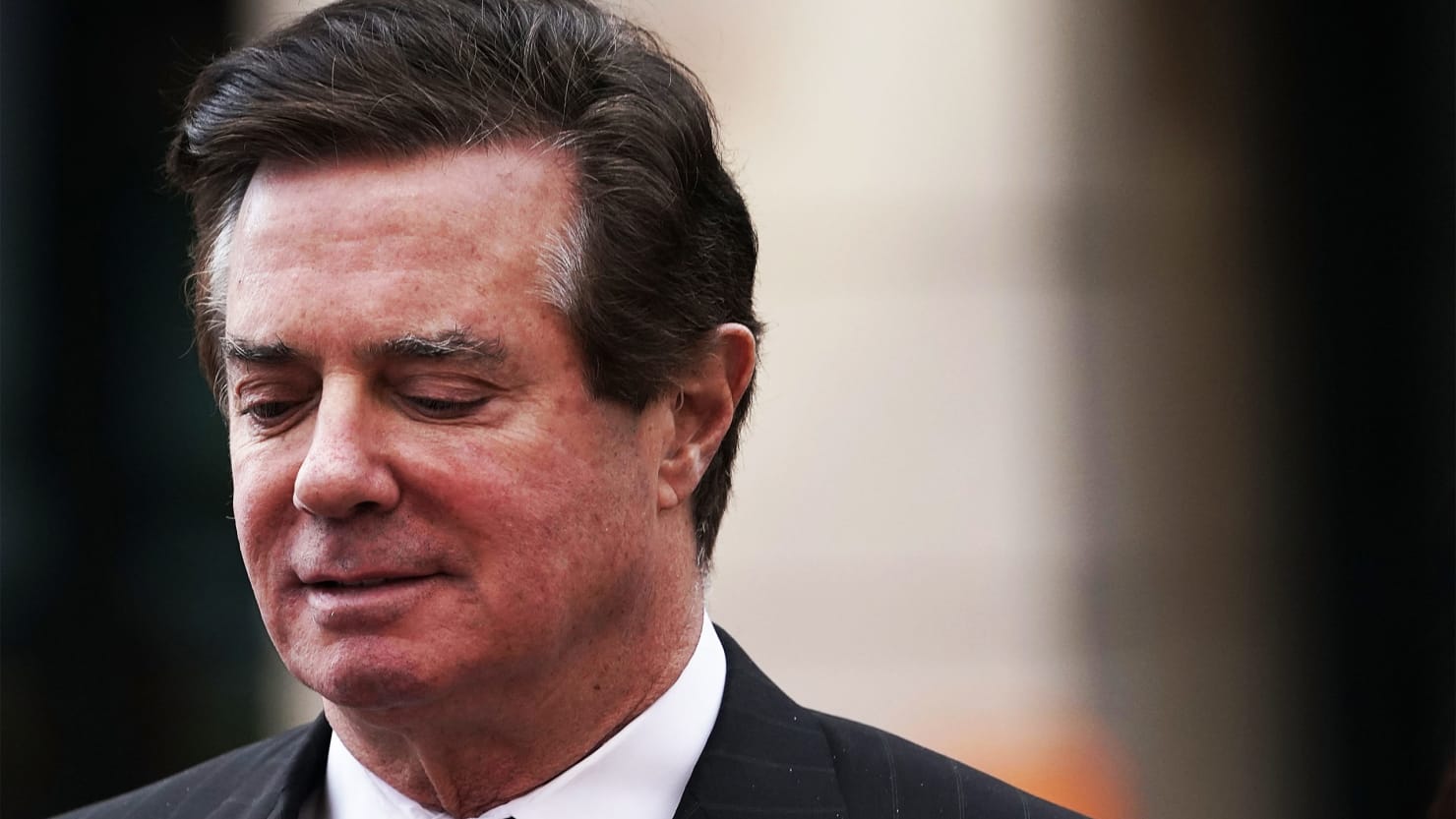 A Second Paul Manafort Associate Has Turned on Him

The one-time Team Trump honcho was already in hot water. And that was before an ex-employee led an FBI agent to a storage locker filled with Manafort’s financial papers.

“Trump’s claims of persecution also ring increasingly hollow. If this is a witch hunt, Mueller has uncovered a whole coven. Trump’s former national-security adviser, Michael Flynn, and deputy campaign manager, Rick Gates, have both pleaded guilty to charges and are cooperating with Mueller. So has a campaign aide, George Papadopoulos. There is a damning indictment against Paul Manafort, Trump’s former campaign chairman. There are multiple open lines of inquiry into Trump aides. It is true that no authority has yet indicted anyone for any specific crime of collusion, but to state, as Trump did Monday, that “they found no collusion whatsoever with Russia” is to declare the outcome of the ballgame at the end of the third inning.” 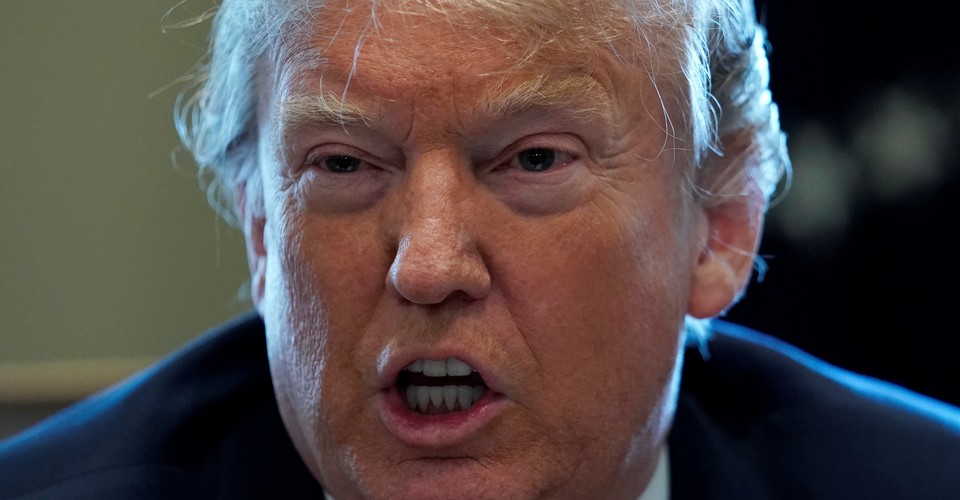 Trump's Assault on the Rule of Law

The president’s comments on Monday underline his campaign against the American approach to fair and impartial justice.

@dragonfly9
Great finds today! Thanks for bringing it! 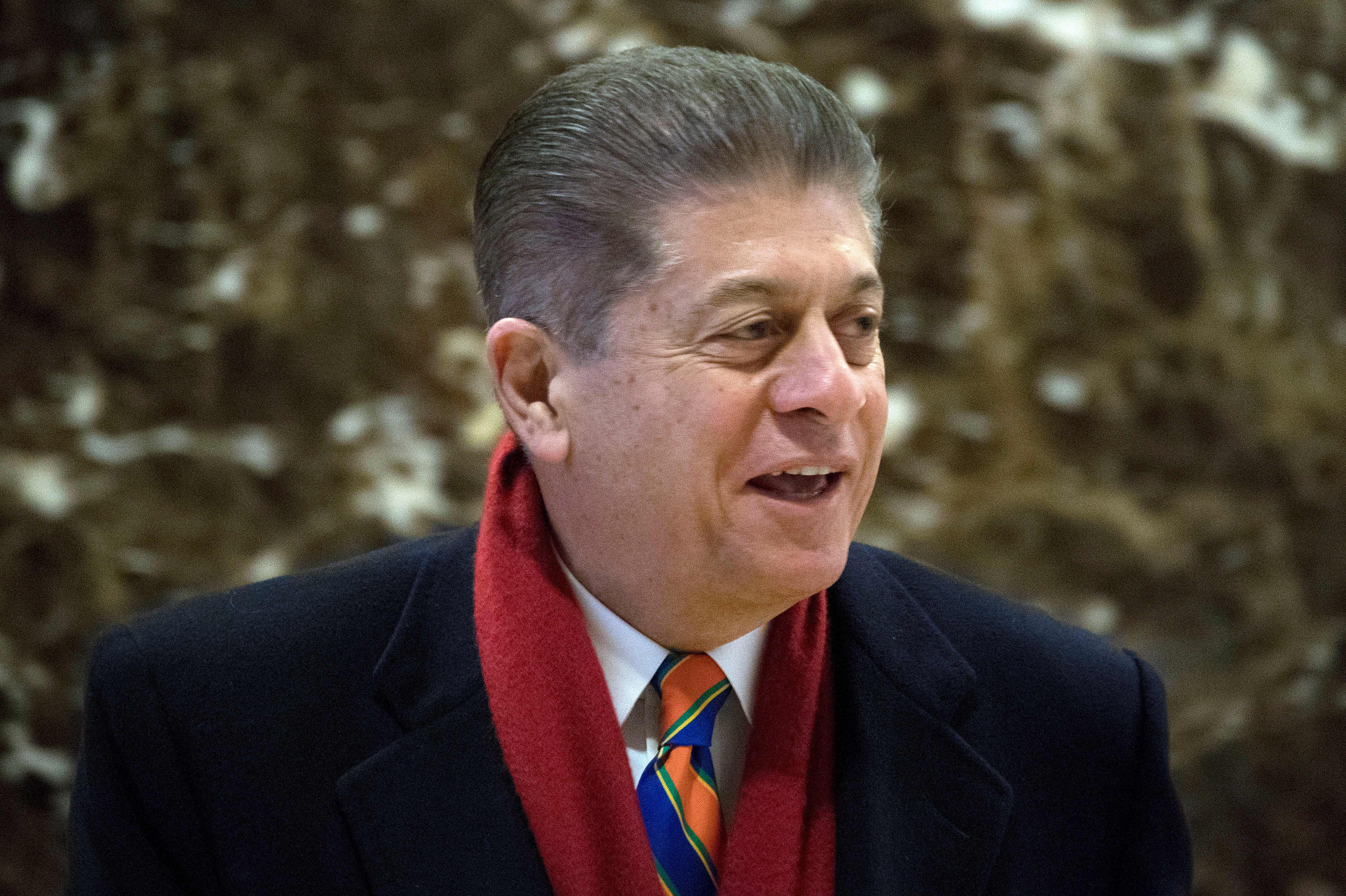 I’m not a lawyer, but I found this article to be especially informative regarding issues of attorney client privilege as they pertain to the Cohen search warrants. Oddly, the article quotes, Andrew Napolitano, an outspoken Trump supporter, but he does seem to get right to the heart of the matter.

. . . it was the approval of the search warrants themselves that should terrify Trump. The best explanation, remarkably, came from Andrew Napolitano, a Fox News legal analyst. Napolitano explained that, under normal circumstances, communications between Trump and his attorney are privileged. But this privilege does not apply if there is “a serious allegation of illegal activity, by the lawyer with the client,” he said. [The emphasis is mine.]

Napolitano also says he believes Trump is Cohen’s only client.

In other words, it looks like there was sufficient probable cause to convince a judge that Cohen and Trump (assuming he is the “client” in question) may have committed a crime together. At least that’s my takeaway, but, again, I’m not a lawyer – and as @Pet_Proletariat mentioned, it would be great if someone who is a lawyer could weigh in with some analysis on the implications of these search warrants.

The article includes links to a video of the Napolitano interview – I would recommend watching it – a real eye-opener as to how significant these searches could be.

But digging for dirt on this regime is like following a dump truck spewing debris. Every time you look up, wham another piece of well, putting it mildly -crap.

These appointments for important positions in being a steward of wildlife…well, it gets thrown to someone with a complete disregard for that. Sick. 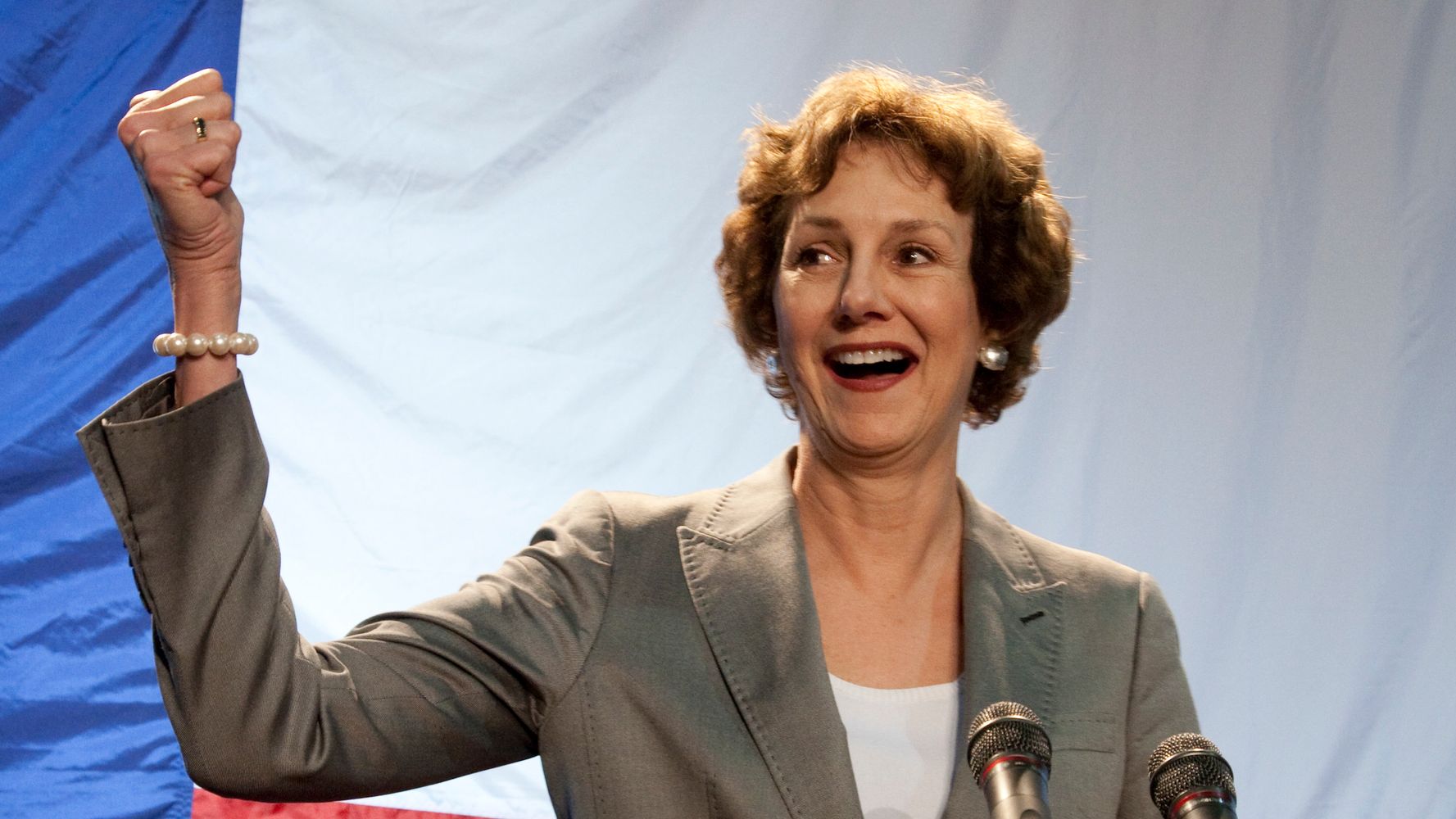 It's like “appointing an arsonist as the town fire marshal," said one conservationist.

I just want tease this detail out of that article purely for comedic purposes.

The FBI agent then looked into the storage unit and saw about 21 boxes of documents, as well as a filing cabinet. One box was marked as containing expenses, paid bills, invoices, and legal complaints. Another box said it contained “Ukraine Binders,” as well information about ballot security, Georgia, research, and “Ukraine Campaign.”

Who keeps all their evidence of various misdeeds and possible serious crimes in one place?! Seriously?!

A Second Paul Manafort Associate Has Turned on Him

The one-time Team Trump honcho was already in hot water. And that was before an ex-employee led an FBI agent to a storage locker filled with Manafort’s financial papers.

…Manafort could be completely OCD about keeping those files in meticulous order…yes, keep 'em well organized for whomever to find.

Who keeps all their evidence of various misdeeds and possible serious crimes in one place?! Seriously?!

I’ve been wondering the same thing! I mean, really? But ya gotta love it. At least he’s a tidy felon.

It’s just such a “wow” moment for the case against Manafort & co. A lot happened today.

it would be great if someone who is a lawyer could weigh in with some analysis on the implications of these search warrants.

Yes, I think that would benefit the whole group immensely!!

I just want to tease the video out of that article only because I like to hear this from a Fox News contributer person. It feels better somehow, like the facts are starting to make their way across the great divide.