1/ Michael Cohen is under federal investigation for possible bank fraud, wire fraud, and violations of campaign finance law. The bank and wire fraud charges suggest prosecutors believe Cohen may have misled bankers about his use of certain funds or improperly used banks to transfer funds. Among the documents taken were those related to a 2016 payment Cohen made to Stormy Daniels. (Washington Post)

Get some popcorn, Zuckerberg is about to testify before Congress.

Facebook CEO Mark Zuckerberg testified before two Senate committees on the social media platform's use and protection of user data. The hearing was one of several held in response to revelations that the political consulting firm Cambridge Analytica...

I am hoping i am posting this to the right place. I am new to this forum and don’t participate in any others (except FB), so I don’t know how things work.

There is an exception to it, however, and that’s the “crime-fraud exception.” If evidence falls within that exception, it’s fair game. Attorneys are not allowed to perpetuate a crime or participate in a fraud and then hide behind the privilege.

That tells me that Mueller has uncovered evidence of a crime or fraud by Michael Cohen. He probably turned it over to the feds in New York because it doesn’t fall within his mandate, i.e., the Russia investigation. He may also want to spread the evidence around, so that if he gets shut down, his work continues.

P.S. I would bet almost anything that Michael Cohen didn’t issue a 1099 to Stormy Daniels for that $130K payment, so maybe he has tax issues too? (She could have paid the taxes on it – if she’s smart – even without a 1099, and I would think her attorney would have advised her to do so.)

The EPA’s chief of staff, Ryan Jackson, claimed responsibility for the pay raises given to two of Scott Pruitt’s top aides. Jackson also said that the pay raises had been reversed. “Administrator Pruitt had zero knowledge of the amount of the raises, nor the process by which they transpired,” Jackson wrote in an email statement.

Bullshit - I wonder what this guy got for crawling under the bus for Pruitt. There is no way he didn’t know that they went around the White House and found an obscure rule to give these raises. Zero.

Here is NYT’s Editorial board slamming T…and letting him know there is a big dragnet that is coming for him.
And all by way of some pay up, for shut up for a tryst with a woman named Stormy, who started talking a bit too close to the Nov. 2016 election.

Your legal nightmare is here.

Excerpt
"Why don’t we take a step back and contemplate what Americans, and the world, are witnessing?

That evening the president surrounded himself with the top American military officials and launched unbidden into a tirade against the top American law enforcement officials — officials of his own government — accusing them of “an attack on our country.”

Oh, also: The Times reported Monday evening that investigators were examining a $150,000 donation to the president’s personal foundation from a Ukrainian steel magnate, given during the American presidential campaign in exchange for a 20-minute video appearance.

Meanwhile, the president’s former campaign chairman is under indictment, and his former national security adviser has pleaded guilty to lying to investigators. His son-in-law and other associates are also under investigation.

"This is your president, ladies and gentlemen. This is how Donald Trump does business, and these are the kinds of people he surrounds himself with.

Mr. Trump has spent his career in the company of developers and celebrities, and also of grifters, cons, sharks, goons and crooks. He cuts corners, he lies, he cheats, he brags about it, and for the most part, he’s gotten away with it, protected by threats of litigation, hush money and his own bravado. Those methods may be proving to have their limits when they are applied from the Oval Office. Though Republican leaders in Congress still keep a cowardly silence, Mr. Trump now has real reason to be afraid. A raid on a lawyer’s office doesn’t happen every day; it means that multiple government officials, and a federal judge, had reason to believe they’d find evidence of a crime there and that they didn’t trust the lawyer not to destroy that evidence." 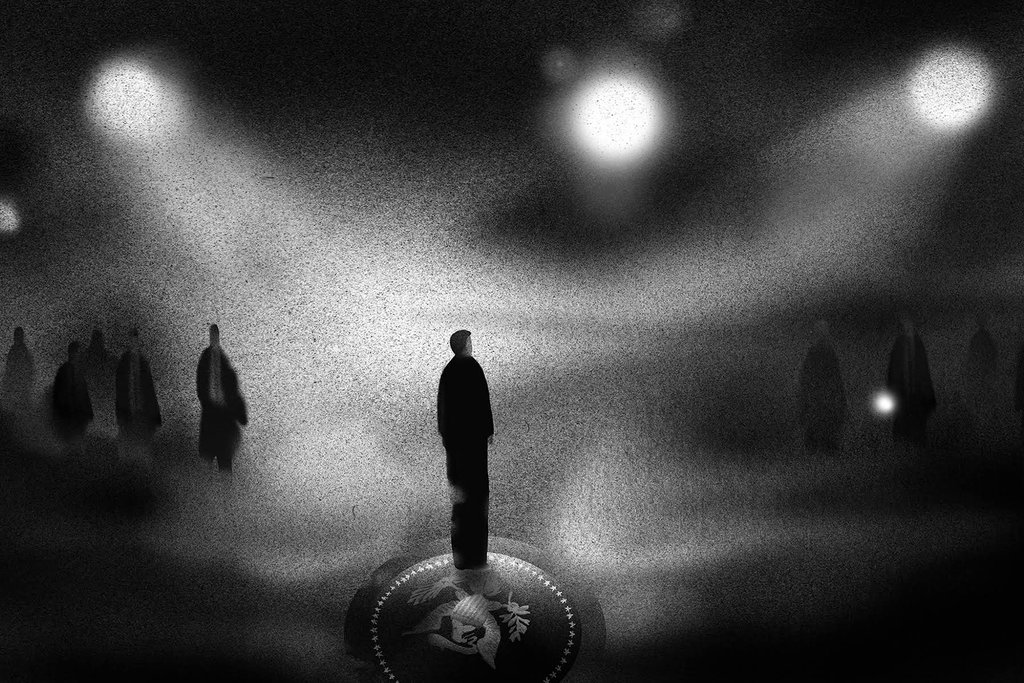 Donald Trump has spent his whole career in the company of grifters, cons and crooks. Now that he’s president, that strategy isn’t working — for him or for the country.

And I think it’s hilarious & poetic justice after the way trump treats women that one (& perhaps more of them) are contributing beautifully to his downfall.

I’ll never understand how so many people fell for supporting trump as a “businessman” to run our nation…OMG! he’s just another low-life thug! But maybe this was a lesson that needed to be re-learned?

trump as a “businessman” to run our nation…OMG! he’s just another low-life thug!

Yup he is just a low-life…but also his ‘reality TV personality’ as a big Daddy, Bully leader certainly impressed some, despite all the sleaze that was known about him.

his ‘reality TV personality’ as a big Daddy, Bully leader certainly impressed some, despite all the sleaze that was known about him.

From where I sit, much of this is back-lash against “women’s lib”, the down & out white guys that blame everyone but themselves for not having jobs (much less being rich & in-charge like trump). He is their “king” that they dream of emulating. This attitude (coming from men who support trump) is palpable around here: the anti-women rhetoric intended to keep women “in line” (at home & obeying them no matter what, and the “sleaze” factor that announces “we are men, we make the rules, so there!”.

He is their “king” that they dream of emulating.

I think you are absolutely right…out of touch chauvinists, who emulate him…to hell with the women-folk. The male C pig formula for (not) winning. :-

@pbiswanger
Thank you for that insight, very helpful.

Thank you for your insight. As an non-attorney, I see the Stormy Daniels breaking one of two ways:

Either way, it looks like Cohen is going down for something. I also think Trump would throw him under the nearest bus if it came down to protecting Cohen vs. protecting himself. Would it be illegal if Cohen entered into the NDA on behalf of Trump without his knowledge? Would he just be dis-barred?

Are there any other angles I’m missing? Do you think a judge would consider a campaign finance violation serious enough to grant a warrant for privileged info (especially when the client is the present)? Or could he likely be caught up in some of the other shady deals (like Trump Tower Moscow)? Since the info was referred from Mueller, I wonder if there are crimes that are unrelated to Stormy Daniels.

Sorry for all of the questions! Just happy to be able to ask an actual lawyer and thanks for your expertise

“P.S. I would bet almost anything that Michael Cohen didn’t issue a 1099 to Stormy Daniels for that $130K payment, so maybe he has tax issues too? (She could have paid the taxes on it – if she’s smart – even without a 1099, and I would think her attorney would have advised her to do so.)”