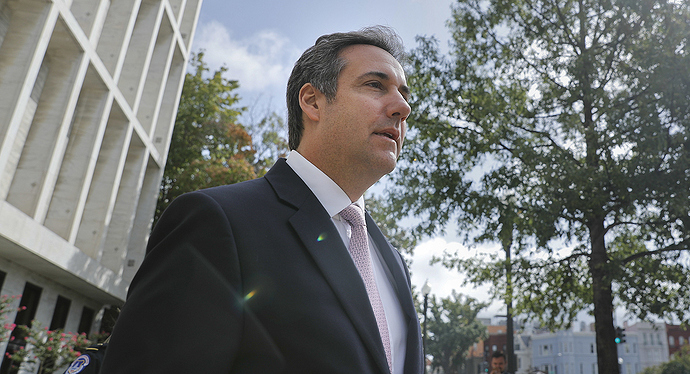 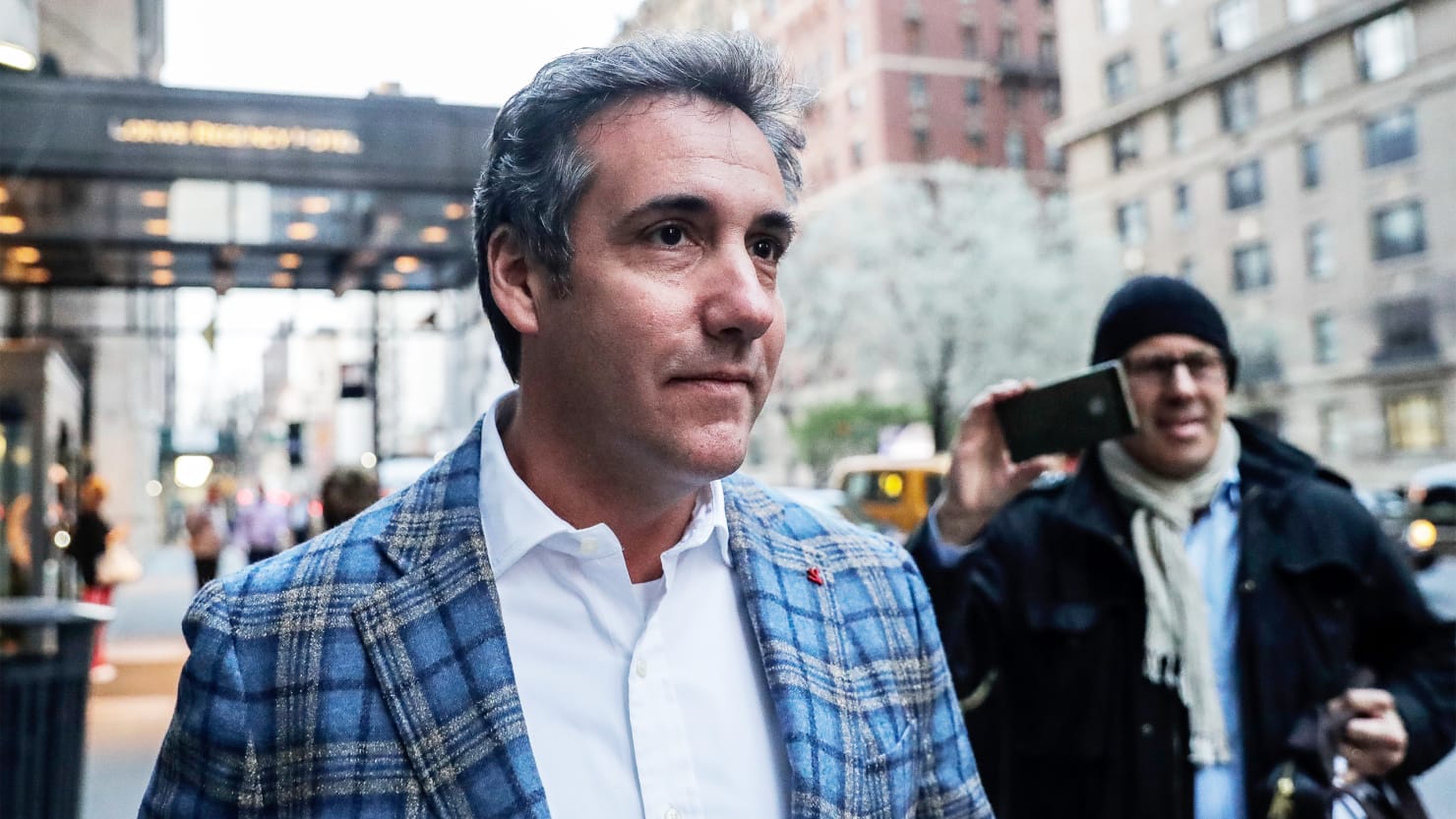 Michael Cohen May Learn the Hard Way That There’s No Such Thing As...

While Cohen was with friends puffing cigars uptown, his lawyer was in court as the feds laid out “the result of a months-long investigation into Cohen” and his “crimes,” plural.

Michael Cohen attempted a misguided legal maneuver on Friday that has backfired spectacularly. He is attempting to use attorney-client privilege rules to impede the FBI’s ability to review the documents they seized from him earlier this week (or perhaps to suppress those documents completely). Of course, as you probably have already read, Cohen is ignoring the fact that when an attorney and client commit crimes together, their communications are not privileged. So this play was doomed from the start, but now he’s really put his foot in it because the judge is requiring him to produce a list of his clients to prove he actually is an attorney (and not just a thug who wears Armani suits – my words, not the judge’s).

What a disaster for Cohen and Trump. We just found out that Cohen did, indeed, have at least one other “client” besides Trump: Elliott Broidy, who Cohen helped hush up an affair and pregnancy with a $1.6m payout (yet another possible criminal act). The judge has said that the client list will be made public – making Monday a field day for the press – how many other “Broidy’s” has Cohen abetted? Every person on that list had better brace themselves for an incoming barrage of frenzied media scrutiny.

Further, the judge has ordered that Cohen must appear before her on Monday (he tried to make this move on Friday without showing his face in court). So now he’s being compelled to undergo additional interrogation that may trip him up.

These are long articles, but they are both worth reading if you’d like a roadmap on where we are with the investigation into Cohen. Plus there are some hidden gems here. An example from the Politico article:

“A representative of the firm also advised … that for the duration of the Agreement, Cohen introduced a sum total of five clients to the firm.” …

Prosecutors said the deal, which called for Cohen to receive $500,000 a year from the firm along with a percentage of fees charged, formally ended March 2.

Mmm… $500,000 a year for doing little or nothing. This arrangement also merits investigation.

(A shout-out to @Akash for the Daily Beast link.) 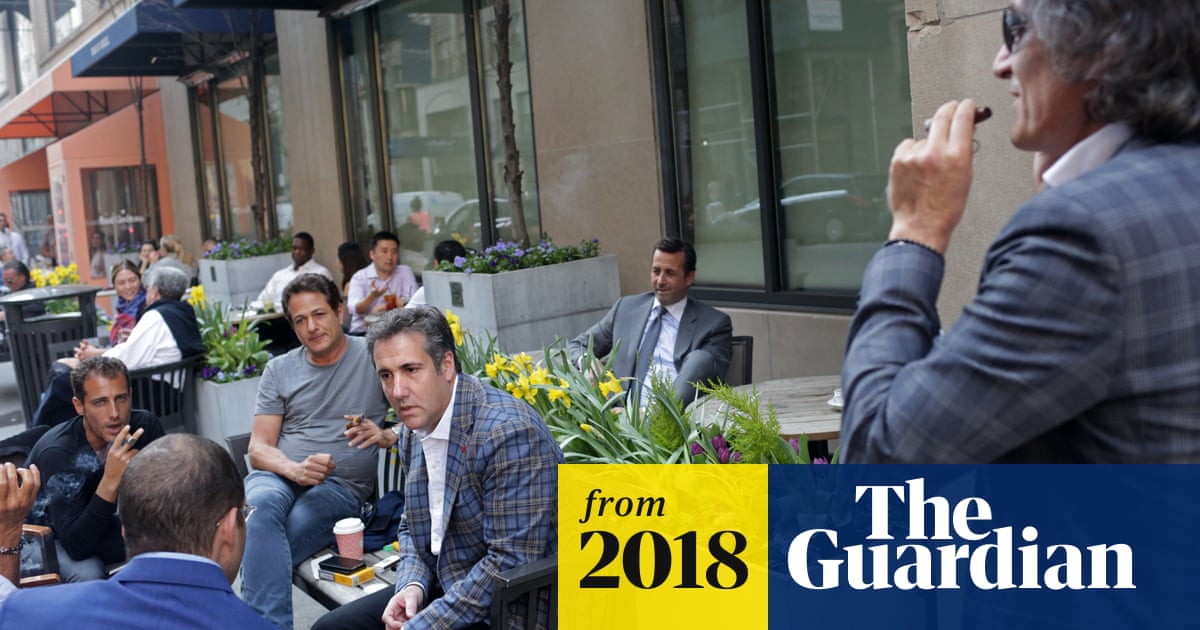 On Friday, Michael Cohen really should have appeared in court to avoid ticking off a Federal judge at the very start of what is shaping up to be a tsunami of a case against him. Instead, he was kicking back, soaking up some rays, and smoking cigars with an entourage of highly dubious associates on a sidewalk bench near his hotel. To what end? Who knows. But one thing we can say, this was a most curious gathering – much reporting on it is sure to follow.

The Guardian is the first mainstream news source to identify two of the men in Cohen’s posse on Friday: Jerry Rotonda and Rotem Rosen. Earlier this weekend some “fringy” sites were making the same identification, but I didn’t want to post anything until a major news outlet backed it up.

Here’s the odd thing: The focus of the Guardian article is about racist threats that Jerry Rotonda made in the late 90’s – while that was certainly a terrifying event for the victim and at the same time sheds light on Rotonda’s character (or lack thereof), it should not actually have been the headliner here – what’s far more remarkable is the close connections that these two men have to the Trump-Russia investigation. BTW, the article’s photos feature Rotonda, but you can see Rosen in the second photo – he’s in blue on the right, intently conversing with Cohen. And another BTW, here’s a satirical video that puts a fun spin on this parley.

Rotem Rosen has a host of ties to Trump and the investigation: He was a front man for Trump on the failed Trump Tower Moscow deal that we now know was being negotiated during the campaign; he traveled with Trump to Moscow for the Miss Universe pageant in 2013 (so he was there with Trump on the crucial weekend described in Steele’s dossier that has garnered so much attention); his father-in-law was a major investor in the Trump Tower SoHo deal which is coming under increasing scrutiny; he has close ties to known money launderers; etc., etc. The web of shady connections between Rosen and Trump were reported in September by the Daily Beast.

As for Jerry Rotonda, he was probably there on the periphery of the group because he’s a partner with Rosen in a major real estate venture. He was formerly CFO of Deutsche Bank in the U.S. offices of their Wealth Management division. Interestingly, the head of Deutsche Bank’s Wealth Management USA division is Rosemary Vrablic. She helped facilitate millions of dollars in loans to Trump and the Kushners – and those loans have drawn scrutiny from banking regulators. There has been no reporting on whether or not Rotonda worked with Vrablic. However, following this Friday gathering, Mueller’s team will certainly be taking an even closer look at all the possible connections here.

Drilling down on T’s receipts…see #emoluments

"President Donald Trump’s U.S. businesses have received at least $15.1 million in revenue from political groups and federal agencies since 2015, according to a new report to be released Monday.

The money went to Trump’s airplanes, hotels,golf courses, even a bottled water company during the presidential campaign and the first 15 months of his presidency, according to a compilation of known records of the spending by Public Citizen obtained by McClatchy.

But it was Trump’s campaign itself that spent the biggest chunk by far – about 90 percent, or $13.4 million.

It also includes more than $717,000 from theRepublican National Committee; nearly $595,000 from Trump Victory, the joint fundraising committee set up by the RNC and Trump’s campaign; and $9,000 from theNational Republican Senate Committee."

Trump businesses made millions off Republican groups and federal agencies,...

President Donald Trump’s U.S. businesses have received at least $15.1 million in revenue from political groups and federal agencies since 2015, according to a new report to be released Monday.

Good sleuthing and tying together what Rotem Rosen and Jerry Rotonda have to do with T, Cohen 'n Co. Definitely telegraphs loyalty.

…I saw this clip too

and looked on Talking Points Memo (Is this the lower source?)

Can You Identify This Person?

[ed.note: Not a certain identification yet. But based on TPM Reader tips and pointers so far, it seems highly likely...

Again, the NYT Editorial board is taking T to the mat, spelling out why no one is above the law. This constant barrage of multiple reveals of Russian influences, underhanded campaign tactics, sleazy characters, loyalty oaths, selling the country’s interest out to the Corporate interests, fake news claims etc poses many, many questions about the multiple fronts of legal actions ahead.

*T could act - fire Rosenstein and/or Mueller
*R’s could not act, allow for T’s ‘misdoings’ in the name of saving party/face? (see no evil)

And who will right the ship…?

Article “The President Is Not Above The Law”

"Mr. Mueller’s investigation has already yielded great benefit to the country, including the indictments of 13 Russians and three companies for trying to undermine the presidential election. None of us can know if prosecutors will eventually point the finger at the president himself. But should Mr. Trump move to hobble or kill the investigation, he would darken rather than dispel the cloud of suspicion around him. Far worse, he would free future presidents to politicize American justice. That would be a danger to every American, of whatever political leaning.

The president is not a king but a citizen, deserving of the presumption of innocence and other protections, yet also vulnerable to lawful scrutiny. We hope Mr. Trump recognizes this. If he doesn’t, how Republican lawmakers respond will shape the future not only of this presidency and of one of the country’s great political parties, but of the American experiment itself." 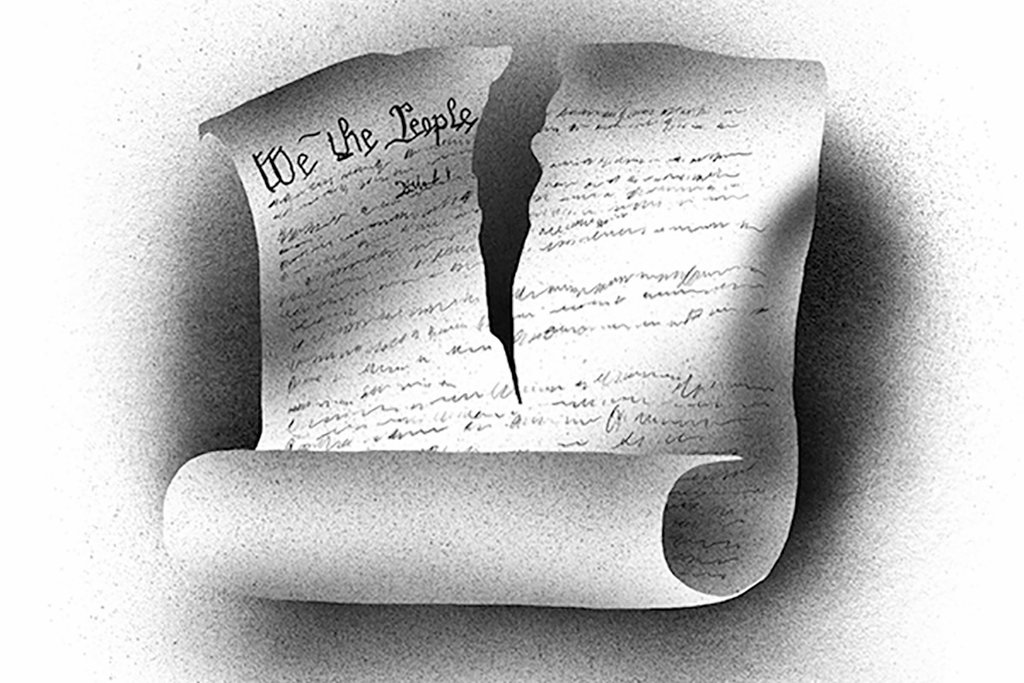 Opinion | The President Is Not Above The Law

The constitutional order may soon be at stake in the investigation of Donald Trump.