1/ The Supreme Court ruled that a law subjecting immigrants to deportation for some "crimes of violence" is unconstitutionally vague. Justice Neil Gorsuch – Trump's pick for the Supreme Court – joined with the court's liberal justices, providing the swing vote for the first time in a 5-4 ruling that invalidated the federal statute. (CNN / Politico / USA Today) Schiller told Congress that he refused an offer by someone in Moscow in 2013 to send five women to Trump's hotel room.

Another “mmm . . .” moment. Could be a legitimate payment, but it certainly bears looking into.

Here’s an excellent in-depth article about Keith Schiller. It provides some background on his career and his relationship with Trump, in particular, his involvement in facilitating Trump’s extramarital affairs. 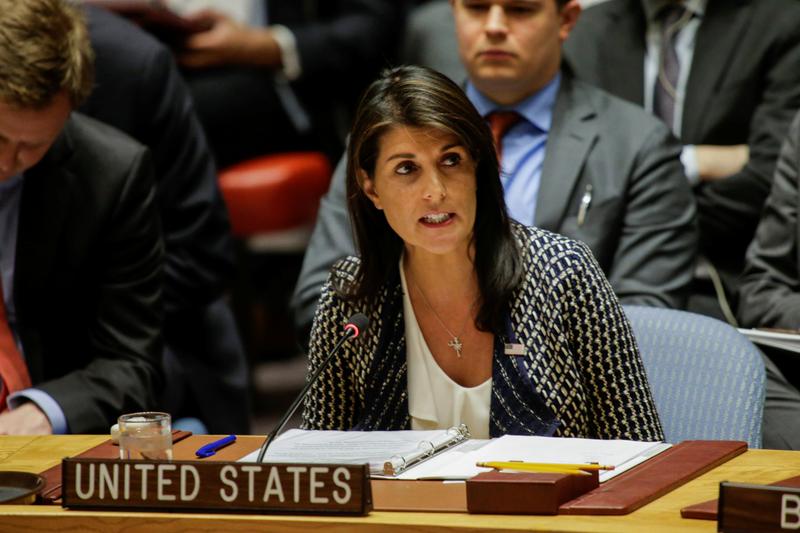 Haley pushes back on Kudlow remark, saying 'I don't get confused'

U.S. Ambassador to the United Nations Nikki Haley pushed back on Tuesday against remarks by White House economic adviser Larry Kudlow that she may have been confused over U.S. plans to impose more sanctions on Russia.

Wait, is this the Trump Administration or an episode of The Apprentice? Maybe I’m the one who’s confused.

Just a reminder that Erik Prince, among others in current The White House are also represented by Toensing and Sekulow. Blackwater Founder Erik Prince Faces Federal Investigation

Shouldn’t we be concerned about this Supreme Court activity on April 23rd? Less than one week away and it could have significance re: Trump’s authority to fire Mueller directly. http://thehill.com/opinion/judiciary/382851-look-to-supreme-court-for-answers-on-whether-trump-can-fire-mueller

Washington (CNN)Pennsylvania GOP Rep. Charlie Dent announced Tuesday he is resigning in the “coming weeks,” a decision that came after he first said he’d be retiring at the end of his term in Congress.

The moderate Republican tweeted the decision came after discussions with his family and “careful reflection.”

Pennsylvania GOP Rep. Charlie Dent announced Tuesday he is resigning in the "coming weeks," a decision that came after he first said he'd be retiring at the end of his term in Congress.

"CBS News’ Alan He reports that out of 50 Republicans and 49 Democrats with Sen. John McCain, R-Arizona, absent the Senate would need one Democratic to provide a confirmed “yes” vote in order to make up for Sen. Paul’s “no” vote.

Pompeo is still expected to have enough votes in the full Senate to replace Rex Tillerson, who was fired by Mr. Trump. But as support peels away, his confirmation may come down to a handful of senators. The backlash ahead of the panel’s vote is a rare rebuke for such a high-profile Cabinet pick, and sets Pompeo on a potentially uneven path for the new job."

"Under Senate rules, if the nominee does not have support in the committee, the panel could report to the full Senate unfavorably, which would send a strong rebuke to the White House, or simply report without a recommendation. It also could take no action.

One top committee Democrat, Sen. Ben Cardin of Maryland, said he was still reviewing his decision."

Sen Ben Cardin is a NO as of just now. (per NBC) 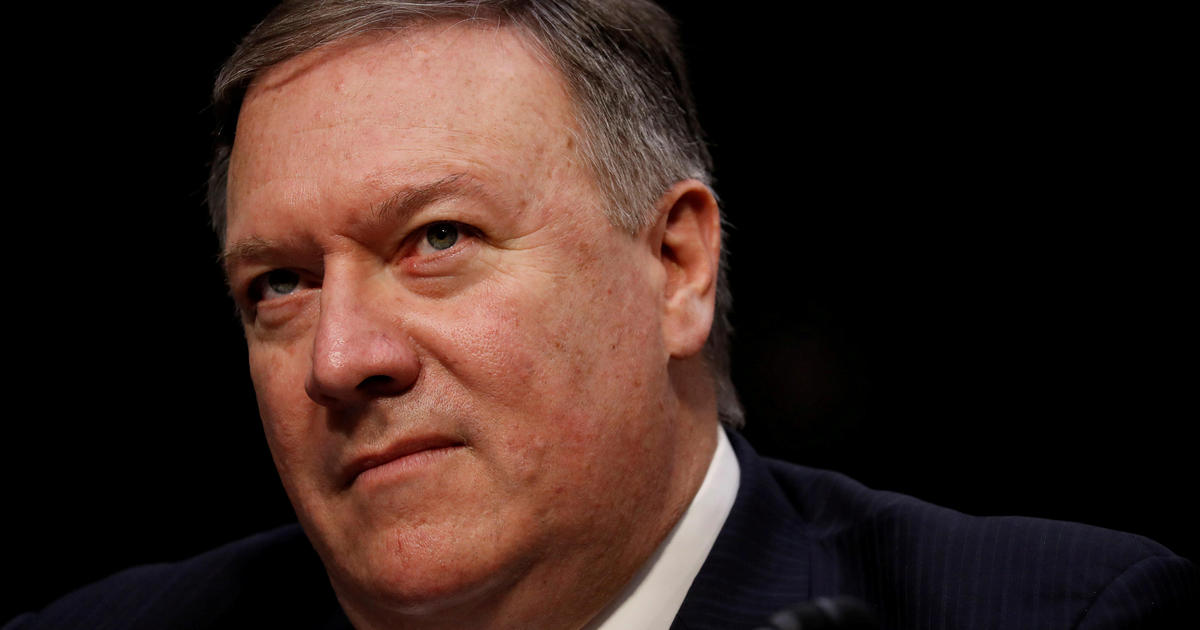 The math for Mike Pompeo's confirmation to be secretary of state

With opposition from Democrats, the panel could be forced to send the nomination to the full Senate without a favorable recommendation

This is a bit WTF…I mean, really WTF

One little detail " Levine told the AP that Michael Cohen owned his stake in the club until Donald Trump was elected President when he “gave up his stake.” is alarming.

Article
"In today’s podcast, we look into the background of Michael Cohen. TPM first reported last year that Cohen was actually a childhood friend of Felix Sater, whose father was himself a reputed capo in the Mogilevich organized crime syndicate, said to be Russia’s largest and most dangerous. Filling out this picture of how Cohen fell into this milieu we’ve always been focused on the fact that Cohen’s uncle, Morton Levine, owned and ran a Brooklyn social club, El Caribe, which was a well-known meeting spot for members of Italian and Russian organized crime families in the 1970s and 1980s. (Levine, a medical doctor has never been charged with a crime.) But now it turns out there’s a bit more to this story.

"I came across this in a January AP article about Boris Nayfeld, one-time organized crime boss in Brooklyn who now wants to go home to Russia to start a new life. Nayfeld is 70 and he just finished his latest prison sentence. The whole story is a bit low energy and a sad sack in a nonetheless menacing and predatory way.

According to published reports, in the 70s and early 80s, the boss of the Russian mob in New York (and for practical purposes the whole U.S) was a man named Evsei Agron. Things ended badly for Agron when was gunned down in a mob hit in 1985. After Agron was assassinated, his organization was taken over by under-boss Marat Balagula. Authorities believed Balagula was behind Agron’s killing. But he was never charged with the crime. Balagula ran things until 1991 when he was convicted of gasoline bootlegging. Nayfeld had been the bodyguard and enforcer for both Agron and Balagula, one would say more successfully in the latter case than the former. He took over the organization when Balagula went to prison.

What I didn’t realize until now is that both Agron and his successor Balagula ran their operations out of an office in the El Caribe social club. So the El Caribe wasn’t just a mob hangout. From the 70s through the 90s at least, the bosses of the Russian mafia in the U.S. literally ran their crime organization out of the El Caribe.

So Michael Cohen’s uncle Morton Levine’s social club was the headquarters of Russian organized crime in the U.S.

The AP article includes another detail.

According to Levine, who is apparently still alive, all his nieces and nephews owned shares of the El Caribe and still do. Levine told the AP that Michael Cohen owned his stake in the club until Donald Trump was elected President when he “gave up his stake.” Good Grief. Cohen's World Gets Mobbier The Closer I Look

In today’s podcast, we look into the background of Michael Cohen. TPM first reported last year that Cohen was actually... 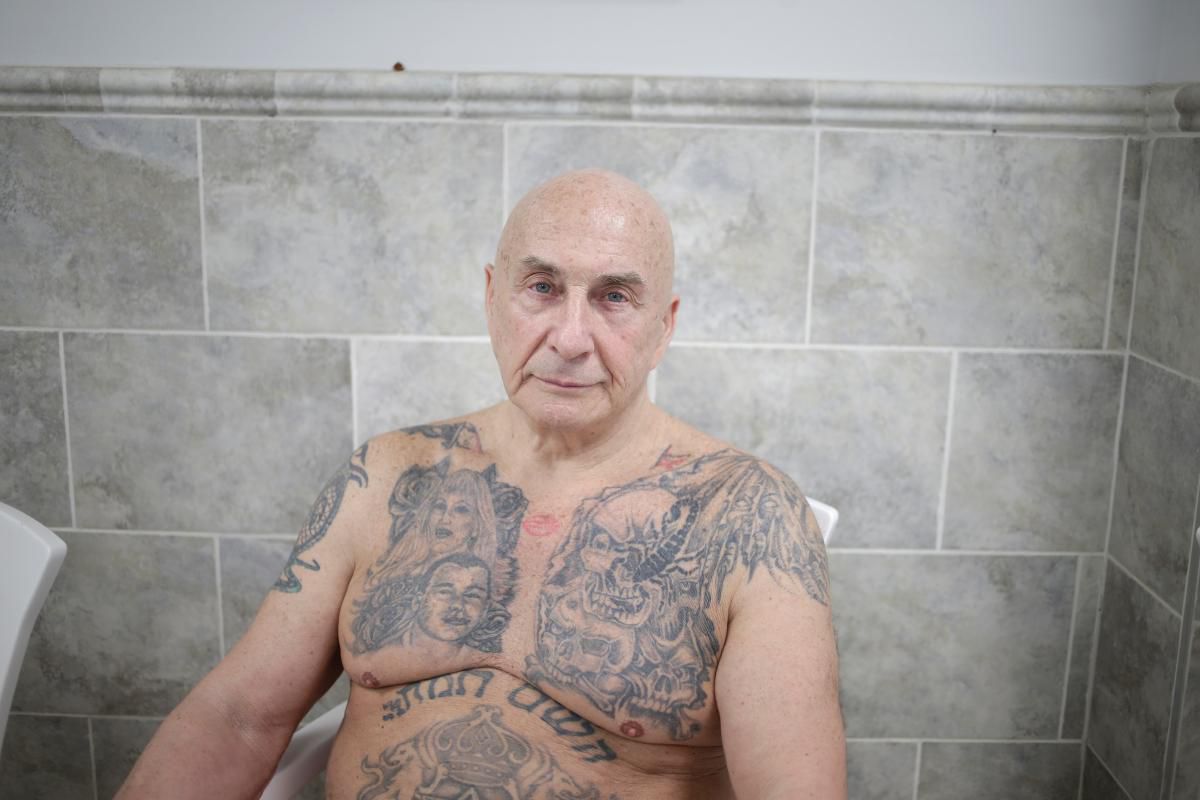 @dragonfly9 Great sleuthing! Thanks for connecting those dots between Michael Cohen and his associates. I’m with you – WTF? I mean really, WTF?! I’m kicking myself that I did know any of this. There’s a link in the NY Daily News article to this article in the NYT: “Trump Foot Soldier Sidelined Under Glare of Russia Inquiry” – I would recommend it, as well, to anyone visiting this thread. Some of my favorite quotations from these three pieces:

From the NY Daily News (via Associated Press):

Once flush from heroin trafficking, tax fraud schemes and other criminal enterprises, Boris Nayfeld is now 70, fresh out of prison for the third time, divorced and broke. And he is left with few job prospects in his adopted country, at least those in line with his experiences. . . .

Nayfeld, who was dubbed an “organizer, enforcer and narcotics distributor” for the Russian mafia in a 1997 U.S. Customs intelligence report, said he has no regrets about his life of crime. “Never. No. When I’m born again, I do it the same,” he said. . .

Balagula [head of the Russian mob prior to Nayfeld] maintained an office at the El Caribe Country Club, a Brooklyn catering hall and event space owned by the uncle of President Donald Trump’s longtime personal lawyer, Michael Cohen.

The uncle, Dr. Morton Levine, said that all his nieces and nephews have an ownership in the company, but that Cohen “gave up his stake,” after Trump was elected.

[And finally, Nayfeld’s glowing endorsement of Trump:] Trump “is a businessman, he don’t care who give him money for project,” Nayfeld said. “I’m the same.”

What I didn’t realize until now is that both Agron and his successor Balagula [Nayfeld’s predecessor] ran their operations out of an office in the El Caribe social club. So the El Caribe wasn’t just a mob hangout. From the 70s through the 90s at least, the bosses of the Russian mafia in the U.S. literally ran their crime organization out of the El Caribe.

So Michael Cohen’s uncle Morton Levine’s social club was the headquarters of Russian organized crime in the U.S. . . . According to Levine, who is apparently still alive, all his nieces and nephews owned shares of the El Caribe and still do. Levine told the AP that Michael Cohen owned his stake in the club until Donald Trump was elected President when he “gave up his stake.”

Officially, [Cohen’s] title was special counsel, but he appears to have served more as a kind of personal arm-twister. If anyone crossed Mr. Trump or stood in his way, Mr. Cohen, who was known to sometimes carry a licensed pistol in an ankle holster, would cajole, bully or threaten a lawsuit, according to a half-dozen people who dealt with him over the years.

“If somebody does something Mr. Trump doesn’t like, I do everything in my power to resolve it to Mr. Trump’s benefit,” Mr. Cohen once said during an interview with ABC News. “If you do something wrong, I’m going to come at you, grab you by the neck, and I’m not going to let you go until I’m finished.”

How did our country arrive at a place where a man like Michael Cohen is the personal lawyer of our President?

I sure wish I could have the confidence that Comey seems to have that everything’s going to turn out all right, but these bizarre legal nightmares just keep popping up.

Upon closer inspection, this Supreme Court decision may have powerful consequences…

From @Keaton_James’s link to Politico article…

" As the Justice Department authority overseeing the investigation, Francisco could narrow its parameters or deny specific requests to prevent Mueller from looking into Trump’s personal and business affairs. He would also assume control of Mueller’s budget."

T is looking for his internal legal fixer, and Francisco could be the guy. Glad that Sen Feinstein questioned Francisco’s motives particularly on his approval of the Muslim ban.

Yes, @hippopotatomus it IS concerning.

@hippopotatomus Thank you for drawing attention to this obscure, yet crucial Supreme Court case. I’d heard something about it, but, until I read the article, it didn’t really sink in how pivotal its outcome could be to the fate of Mueller and the Trump-Russia investigation.

So the very person who would take over Rosenstein’s position is the one trying to skew our laws to make that possible. I’m not a lawyer, but this seems like a complete conflict of interest – you would think that Francisco would be asked to recuse himself from this case. Am I missing something here?

Here’s an in-depth article about Francisco and how he may be Trump’s best shot at having Mueller fired. My takeaway was that Francisco appears highly motivated to do just that if he were placed in a position to do so (that is, if he assumed Rosenstein’s job after Trump fires Rosenstein). The article says there are some on Capital Hill who disagree, but their arguments seem weak. The Supreme Court case you have red flagged is covered towards the end of the article.

After reading the article you posted, along with this article, I am deeply concerned about what might go down after April 23. This smells like a set up. 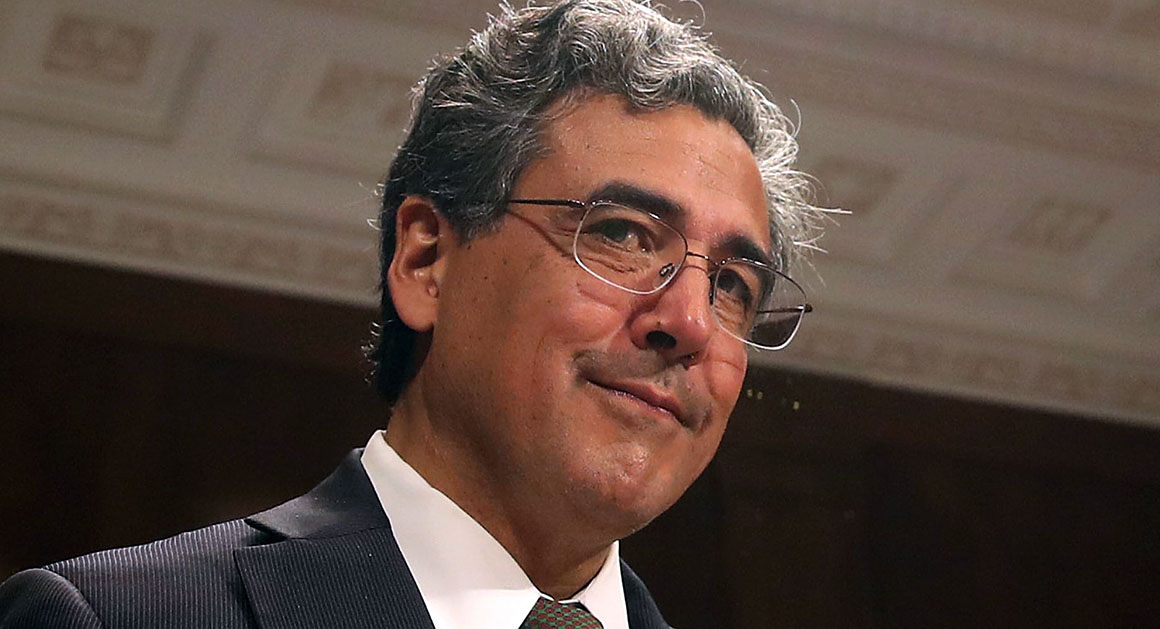 The man who could fire Mueller

If Trump fires Rod Rosenstein, next in line to be Robert Mueller's boss is Solicitor General Noel Francisco—who is no fan of James Comey or the FBI.