1/ Ronny Jackson announced that he was withdrawing his name for consideration to be the secretary of Veteran Affairs following allegations that he handed out medication with no patient history, wrote himself prescriptions, and drinking on the job. Jackson denied the allegations, including that he "wrecked a government vehicle" after getting drunk a Secret Service party, and said they were "completely false and fabricated." He continued: "If they had any merit, I would not have been selected, promoted and entrusted to serve in such a sensitive and important role as physician to three presidents over the past 12 years." (Washington Post / New York Times / NPR)

3/ Trump admitted that Michael Cohen represented him in the “crazy Stormy Daniels deal,” marking the first time Trump has acknowledged that Cohen represented him as part of a $130,000 hush-money payment to Daniels. The statement by Trump is a “hugely damaging admission” that he plans to use in his case against Trump and Cohen, Michael Avenatti, Daniels’ attorney, said. Earlier this month, Trump told reporters on Air Force One that he was not aware of the payment by Cohen to Daniels, saying, “You’ll have to ask Michael Cohen. Michael is my attorney. You’ll have to ask Michael.” (NBC News / Washington Post / The Hill / Fox News)

Watch the video from this story, Trump basically goes on a 30 minute rant to Fox and Friends.

Anchors grew visibly uncomfortable as they listened to the president undermine his own legal defense.

Right?! Trump’s downfall will most likely be of his own making.

A matter of urgency to get Pompeo in from the R’s point of view. But his vote it seemed to hinge on whether these dems were in a Trump won territory, who were facing reelection.

He’s a definite Hawk, looking for a war to engage in and show our fire power. Let’s hope he stands back and keeps the peace. His views on muslims and homosexuality is abhorrent.

"Senators were mindful of the need to get Mr. Pompeo in place, given the crush of work facing him. His confirmation seemed all but assured after Senator Heidi Heitkamp of North Dakota, a Democrat who is running for re-election in a state that Mr. Trump won by a wide margin, said last week that she would support him. 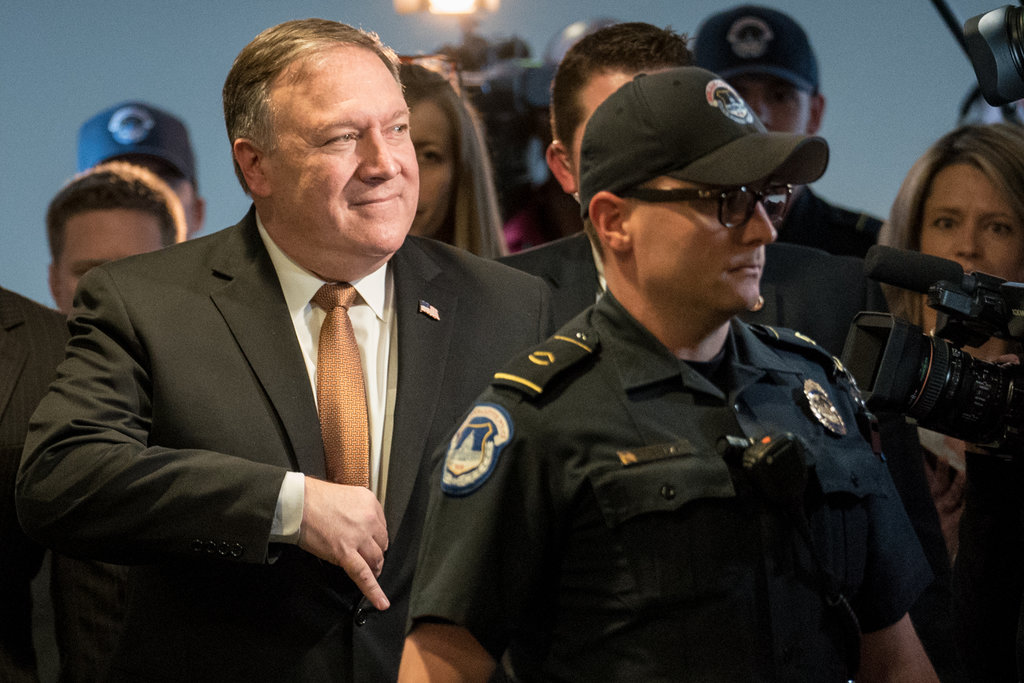 After the Senate voted to confirm Mike Pompeo to be the nation’s 70th secretary of state, he turned to urgent problems around the world.

I like it when T steps in it and is still unaware that he’s just admitted something that undermines his legal standing.

All lawyers, particularly Avenati was super pleased about this.

how many Diet Coke’s

HA…he is just high on himself, natch!!!

But you are right, heavily stimulated with his beverage of choice, with a side cheeseburger & fries.

I caught it live…and yessirree, it was unhinged, full on T defending himself. And perhaps the 3 Fox 'n Friends had a bit of “WTF” in their eyes…or am I just projecting mine.

it was unhinged, full on T defending himself.

I wonder how many Diet Coke’s a person has to drink before fully committing to that kind crazy/rage on national television?