1/ Trump will announce the withdrawal of the U.S. from the Iran nuclear deal, reinstate all sanctions it had waived as part of the accord, and impose additional economic penalties. Trump's aides persuaded him twice last year not to withdraw. Trump will formally announce his decision at 2 p.m. today at the White House. (New York Times)

Oliver North was named the National Rifle Association’s new president. North worked for Reagan’s National Security Council and was convicted as part of a scheme to sell weapons to Iran and use the proceeds to fund the rebel Contras in Nicaragua.
Do I see a pardon coming here?? Eh?

Well lucky Oliver! No ring to kiss this time. 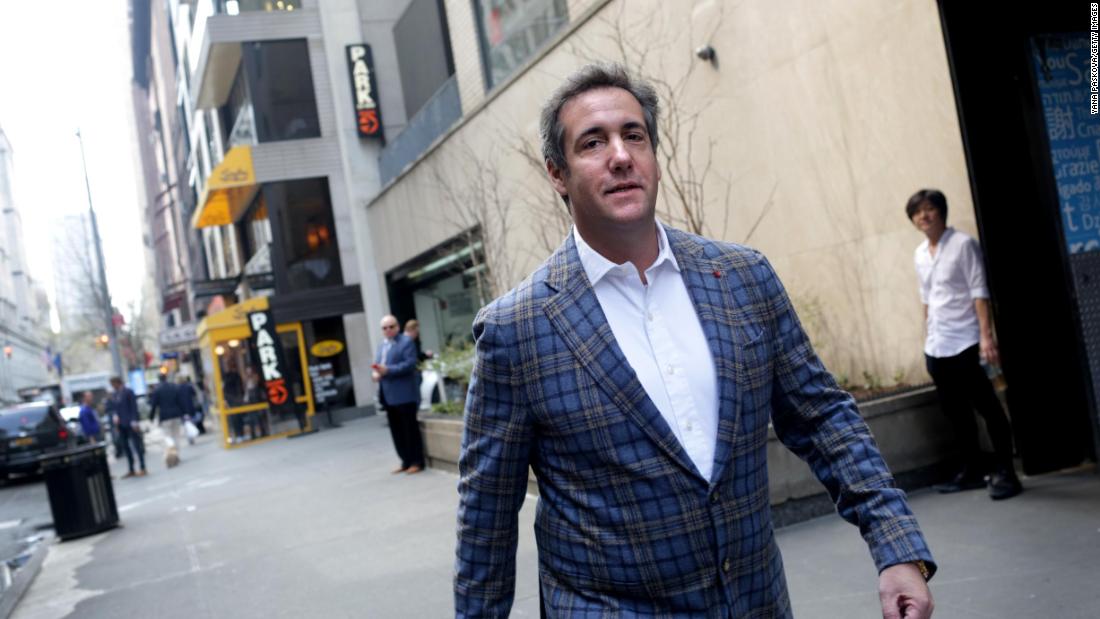 Robert Mueller's investigators have questioned a Russian oligarch about hundreds of thousands of dollars in payments his company's US affiliate made to Michael Cohen, after the election, according to a source familiar with the matter. 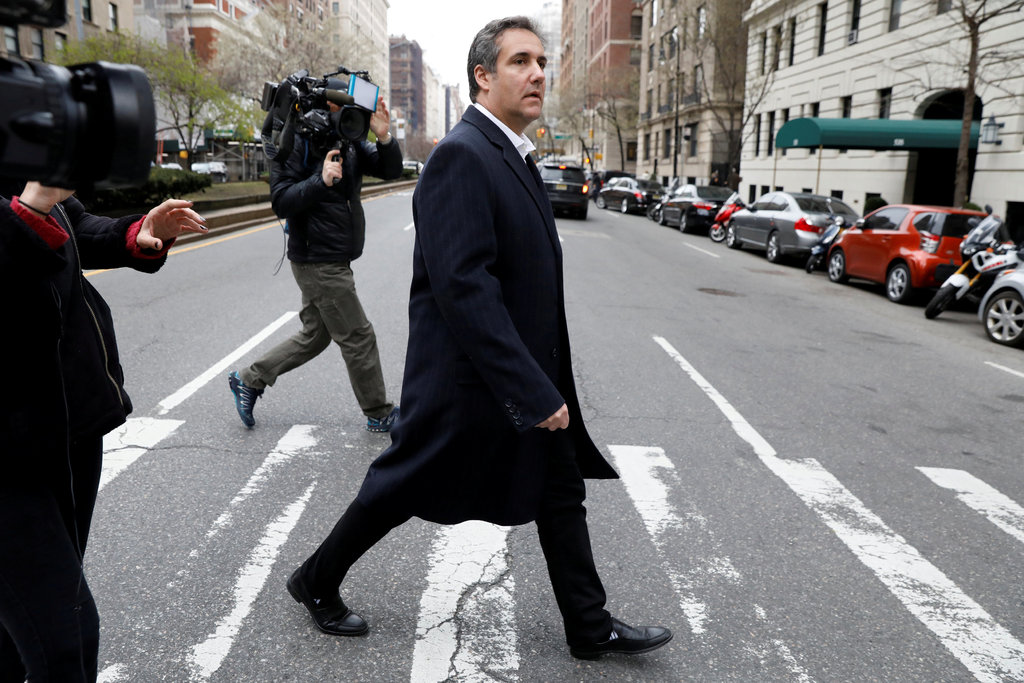 Firm Tied to Russian Oligarch Made Payments to Michael Cohen

The shell company Mr. Cohen used to pay Stormy Daniels later received over $1 million from the firm and several companies with business before the Trump administration.

Saw an interesting article on Current Status today, which might be interesting to others. It’s a theory that Elliott Broidy’s $1.6 million payment was actually because Trump had sex with Shera Bechard, and Broidy was involved largely as a way to bribe Trump. 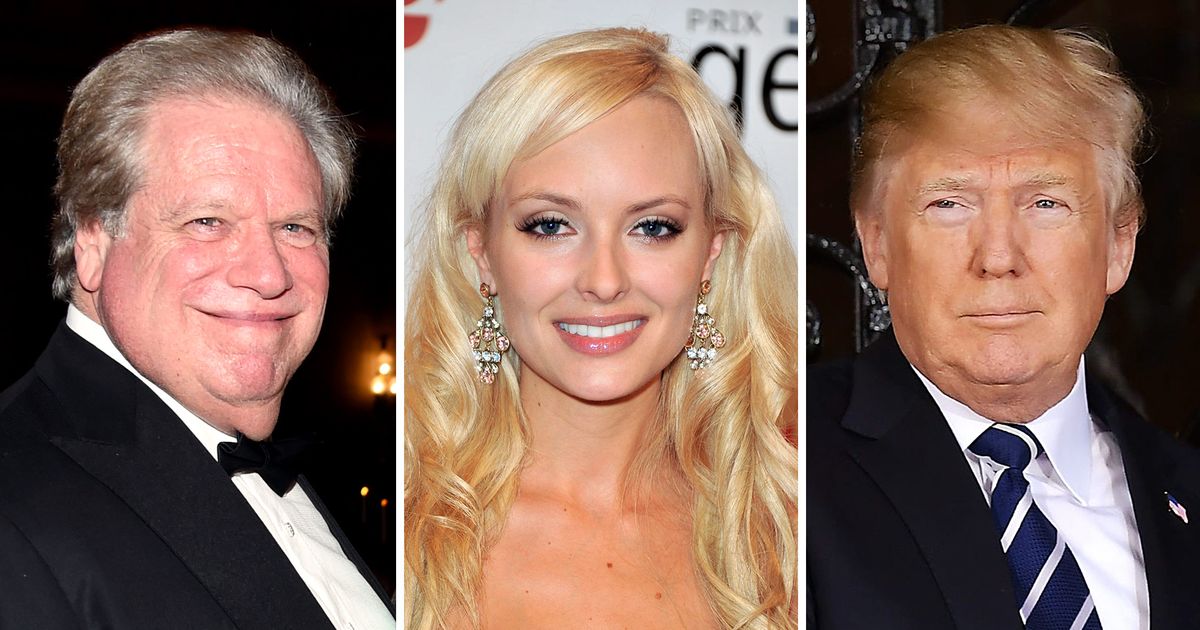 Theory: Playboy Model Who Got $1.6 Million Had Affair With Trump, Not Broidy

Michael Cohen arranged a $1.6 million payout to a model allegedly impregnated by GOP fundraiser Elliott Broidy. But was Broidy covering for Trump?

The claim seems reasonable, but still similar to a conspiracy theory.

From today’s revelations that money was coming to Michael Cohen from Russian sources (Vekselburg)and American companies -Att, Novartis (pharmacutical), as well as Korean Aerospace. Where did this more than $4 million (over a period of time) go, aside for paying Stormy?

This sure looks like pay-to-play and a smoking gun.

How will the WH handle this one…??? "Essential Consultants" paid $130,000 to Stormy Daniels — and a million to Cohen.

Here is what Rep Nunes is up to - seeking to out a secret Russian source (ours) in the name of his trying to stop the Mueller probe.

Top White House officials, with the assent of President Trump, agreed to back the decision to withhold the information. They were persuaded that turning over Justice Department documents could risk lives by potentially exposing the source, a U.S. citizen who has provided intelligence to the CIA and FBI, according to multiple people familiar with the discussion and the person’s role."

Obviously this is a dangerous and short sighted move. Oh Nunes has proved once again, he’s protecting T as a loyalist. Secret intelligence source who aided Mueller probe is at center of latest...

If getting someone killed in order to stop an investigation isn’t obstruction, I need a new damn dictionary.

My heart goes out to Michael Cohen. He just can’t seem to catch a break. 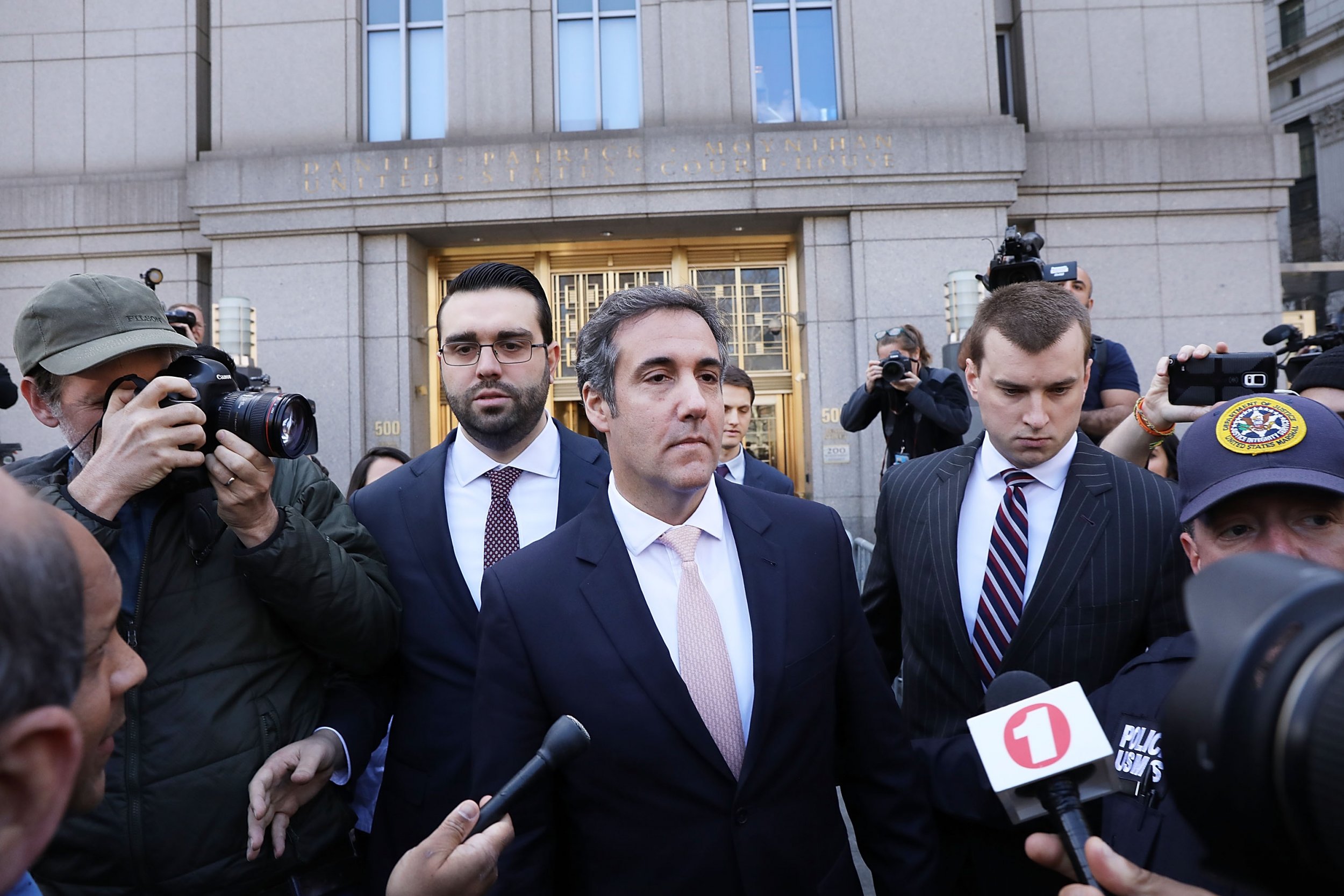 The president's longtime personal attorney was subject to a raid by federal authorities last month.

His financial woes may explain why he was so flagrantly raking in all that “consulting” money.

There’s so much news here guys but I am going to dump one more story on the pile. The Senate Intelligence Committee released their report on Russian hacking of election infrastructure. The findings were interesting to say the least.

The Committee concurs with the IC that Russian government-affiliated actors were behind the cyber activity directed against state election infrastructure.

While the full scope of Russian activity against the states remains unclear because of collection gaps, the Committee found ample evidence to conclude that the Russian government was developing capabilities to undermine confidence in our election infrastructure, including voter processes.

The Committee does not know whether the Russian government-affiliated actors intended to exploit vulnerabilities during the 2016 elections and decided against taking action, or whether they were merely gathering information and testing capabilities for a future attack. Regardless, the Committee believes the activity indicates an intent to go beyond traditional intelligence collection.

@Pet_Proletariat Thanks for posting the Intelligence Committee’s report on Russian hacking of our election infrastructure. This is indeed scary, but we can all sleep better knowing that President Trump has announced rigorous measures to prevent any future Russian hacking . . . oh, wait . . . now I need an Ambien.

I just had to point out that the “Be Best” campaign document was not plagiarized: Did Melania Trump Plagiarize a Pamphlet for the 'Be Best' Campaign?

The White House quickly corrected a statement on its web site claiming that a document written by the Federal Trade Commission in 2014 had been co-authored by First Lady Melania Trump.

Sure, maybe – even Snopes leaves it open for debate.

The important piece is that Melania and the White House tried to pass a document by the FTC off as her own by adding “Be Best” branding to the cover and promoting it as a pamphlet “by First Lady Melania Trump and the Federal Trade Commission.” That’s an explicit choice to co-opt a document and pass it off as your own.

I agree that this maybe doesn’t qualify as “plagiarism” in the strictest sense, but it’s questionable regardless…

Agreed, matt. I’m just a stickler for proper wording. I just worry that if we use inaccurate language, we run the risk of libel or something similar.

“Mr. Trump, the Trump organization and Sean Hannity. Mr. Broidy was not disclosed in open court

Yes, I remember hearing that on Morning Joe. Just 2 T’s and Hannity.

Avenatti is filled with insider info. It has been posted that Avenatti may have Cohen as an informant, and document provider. Avenatti is going head-to-head with T 'n Co, also stating Cohen will be indicted.

It is possible that Cohen is cooperating with SDNY DA and/Mueller and realizes that Avenatti could help play his hand.

This may of course be probable, but perhaps unlikely…but watching Avenatti play his cards has been a masters level game of poker.

More to come…oh and this…who’s gotten access to those bank records?

Quote…"But it is worth noting that, two weeks after the story broke, Michael Avenatti, the lawyer Stormy Daniels hired to replace Davidson, hinted to Mika Brzezinski on MSNBC that the real story might be quite different from that which had been reported so far: “I think at some point we are going to find out, if in fact the client in connection with the [$1.6 million] settlement was, in fact, Mr. Broidy,” Avenatti said. “I’m going to leave it at that.”

Yes, it does. Interesting NY mag piece…and another tawdry detail looming as plausible.

I’ve been meaning to put something together on this in the forum… Here’s the thread I’ve collected, which is essentially summarized in the New York Mag piece…

President Donald Trump’s personal lawyer negotiated a deal in late 2017 to pay $1.6 million to a former Playboy model who said she was impregnated by a top Republican fundraiser, according to people familiar with the matter.

Michael Cohen, whose office, home and hotel room were raided by federal agents this week, arranged the payments to the woman on behalf of Elliott Broidy, a deputy finance chairman of the Republican National Committee with ties to Mr. Trump, the people familiar with the matter said. Mr. Broidy, a Los Angeles-based venture capitalist, worked on the Republican committee with Mr. Cohen, also a national deputy finance chairman.

The deal, which hasn’t previously been reported, prohibits the Los Angeles woman from disclosing her alleged relationship with Mr. Broidy in exchange for $1.6 million to be paid to her over two years in quarterly installments, these people said. The first payment was due Dec. 1, according to one of the people.

The nondisclosure agreement involving Mr. Broidy resembles an October 2016 pact in which Mr. Cohen agreed to pay $130,000 to former adult-film actress Stephanie Clifford to prevent her from publicly discussing an alleged sexual encounter with Mr. Trump in 2006, one of the people familiar with the matter said. The White House and Mr. Cohen have denied any encounter took place.

The Broidy agreement uses the same pseudonyms for Mr. Broidy and Ms. Bechard—David Dennison and Peggy Peterson—as the earlier agreement used for Mr. Trump and Ms. Clifford, respectively, the person familiar with the matter said. Both agreements had separate side letters that listed the real names of the parties, this person said. 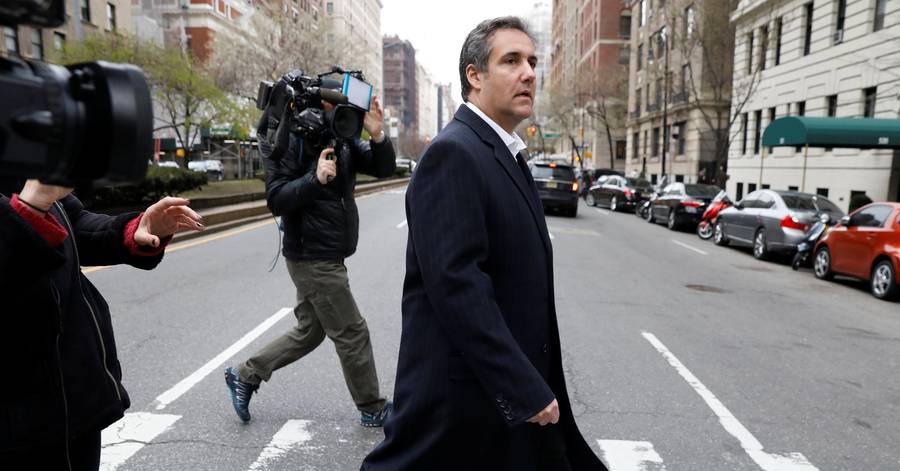 President Donald Trump’s personal lawyer negotiated a deal in late 2017 to pay $1.6 million to a former Playboy model who said she was impregnated by a top Republican fundraiser.

“So, Mika, you are familiar with the fact that a week ago, Judge (Kimba) Wood ordered Michael Cohen’s attorneys to disclose all of his clients for the last three years,” Avenatti said, “and there were three clients listed — three clients listed. Do you recall which three?”

Brzezinski listed Trump, Fox News host Sean Hannity and Republican donor Elliott Broidy — but Avenatti said she was making the same mistake everyone else had.

“No, no, no,” he said. “Mr. Trump, the Trump organization and Sean Hannity. Mr. Broidy was not disclosed in open court as one of Michael Cohen’s clients.”

News reports had identified Broidy as the client who agreed to pay the woman in installments over two years if she agreed to remain silent about the relationship — but Avenatti said Cohen’s lawyers ruled him out in open court.

That would leave Trump, or possibly Hannity, as the likely clients who arranged the payment.

His conviction was vacated in 1990 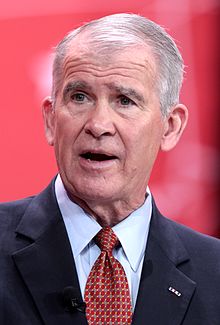 Oliver Laurence North (born October 7, 1943) is an American political commentator, television host, military historian, author, and retired United States Marine Corps lieutenant colonel. A veteran of the Vietnam War, North was a National Security Council staff member during the Iran–Contra affair, a political scandal of the late 1980s. It involved the illegal sale of weapons to the Khomeini government of the Islamic Republic of Iran to encourage the release of American hostages then held in L...