1/ The Trump administration will withhold federal funding for family planning clinics that provide abortions or refer patients to places that perform them in a change to how Title X family planning funds are awarded. The rule will resurrect a Reagan-era policy that requires abortion services to have "separate personnel" for and require a "bright line" of "physical separation" from other family planning services. Title X serves about 4 million women a year and costs taxpayers about $260 million. (New York Times / Washington Post / Associated Press)

Giuliani should get disbarred for his conduct.

And this is what it looks like when the President gets their daily briefing from The National Enquirer instead of the intelligence services. So much fun. :eyeroll:

Guilliani and T trying to muddy the waters by suggesting that perhaps there was a mole inside the T campaign…? Much like the accusation of the Obama wiretap on Trump Tower, T is famous for throwing out wild claims that he can not back up.

WHAT WE DON’T KNOW

A person who provides information to investigators wasn’t necessarily planted by authorities. The person could have been someone already working with Trump’s campaign before they agreed to provide information. Or it could be someone who wasn’t affiliated with the campaign and just interacted with people around it.

Trump and his lawyer, Giuliani, acknowledge they don’t have the answers either. But that hasn’t stopped them from floating the mole theory as a way of undercutting Mueller’s work as an attempt by liberals to bring down the president.

President Donald Trump on Friday questioned why “disgraced” former FBI Deputy Director Andrew McCabe is not “being investigated” for donations his wife accepted from an ally of Hillary Clinton in her bid for a seat in the Virginia state Legislature.

The president has long criticized McCabe for what he perceives as bias in his handling of federal probes into the 2016 elections, often citing the fact that his wife, Jill McCabe, accepted money in 2015 from a super PAC of former Virginia Gov. Terry McAuliffe, a close ally to Clinton, Trump’s 2016 presidential campaign rival. 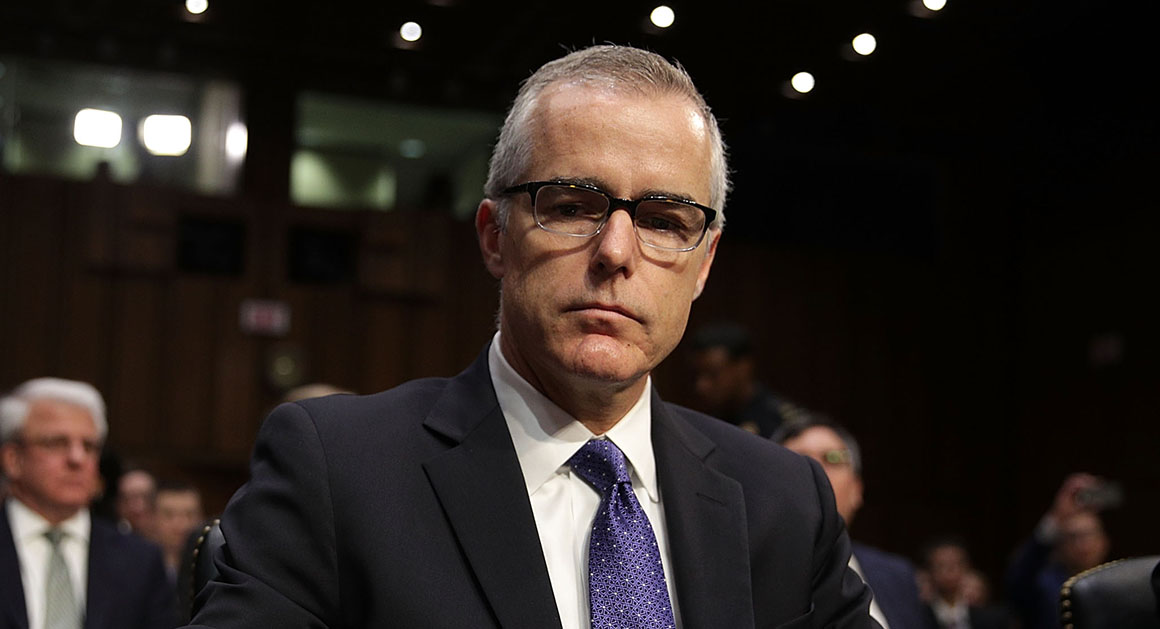 Trump asks why 'disgraced' McCabe not under investigation

The inspector general referred the case on McCabe to federal prosecutors.

At least 10 people were killed and 10 more wounded in a shooting at a high school in Santa Fe, Texas

This story is a little personal for my family.

I’ve been on the phone a good portion of today. This happened just down the street from my partner’s folks place. We visit serval times a year and even know most of the neighbors. This is just devastating, Santa Fe, TX is tight-knit community where folks just drop by to chat, bring their neighbors fresh oranges, baked goods and sit out on the front porch drinking sweet-tea.

One of the mother’s I know had been phoning and texting all the other parents locating children when the shooter’s mother called trying to locate her son too. She had to give her the news that her son was involved and she needed to contact the police. I can’t even imagine what these mothers are going through right now. I’m just heartbroken from hearing all the stories today.

On very short notice we held a standout this afternoon at Five Corners, Vineyard Haven, MA. We were thinking of you and trying to imagine what you and the others affected are going through.

Love “Last Year Today.” It cracked me up – in a sick, gallows-humor sort of way. More, more!

Yes, I don’t disagree with that.

I would just say, I observe politically, I do think if Trump fired Mueller tomorrow, the Republican Party would back him.

Because I think FOX News has created a predicate. They have done thousands of surveys and investigations about Mueller as a political operative.

He’s a lifelong Republican. I mean, how…

But they have done — they have worked hard to undermine the integrity of his investigation. 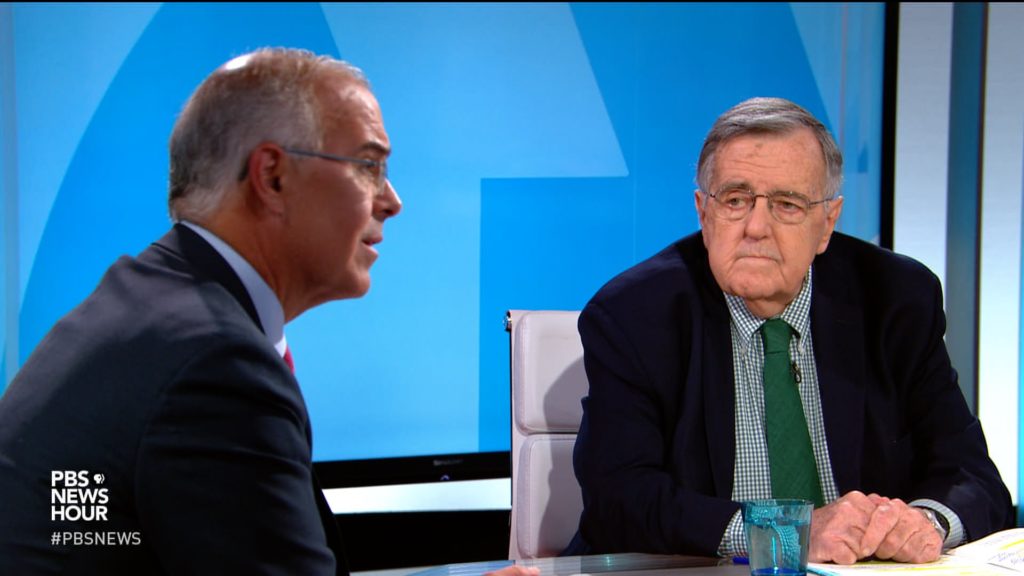 Syndicated columnist Mark Shields and New York Times columnist David Brooks join Judy Woodruff to discuss the week’s news, including a forthcoming rule from the Trump administration on family planning, the opening of the U.S. Embassy in Jerusalem and...

Thank you for sharing your connection.

Worse than biweekly. I didn’t realize till this morning (May 19) that there’d been an “incident” on Thursday at Dixon, IL, High School. No one was killed; the 19YO shooter was wounded by a school resource officer and is now in custody. More here.

Thanks Hagwind, I’ll pass that along. It’s just so sad what is happening to our children. How broken is our culture that this has become a bi-weekly occurrence?

T undermining the FBI and always claiming that they are politically motivated and should not be trusted. See #witchhunt