1/ Trump demanded that the Justice Department investigate whether the FBI "infiltrated or surveilled" his presidential campaign under Obama's orders. After accusing the FBI of sending a \ "spy" to infiltrate his campaign on Friday, Trump tweeted Sunday afternoon: "I hereby demand, and will do so officially tomorrow, that the Department of Justice look into whether or not the FBI/DOJ infiltrated or surveilled the Trump Campaign for Political Purposes, and if any such demands or requests were made by people within the Obama Administration!" The FBI opened its counterintelligence investigation into Russia's efforts to influence the 2016 campaign on July 31, 2016. They sent an informant, a retired American professor, to talk to George Papadopoulos, Carter Page, and Sam Clovis after receiving evidence that the pair had contacts linked to Russia during the campaign. (New York Times / Washington Post)

Without fully reading the details of this study, I’m skeptical that Twitter bots may have boosted Trump’s votes by 3.23%. They used sampled, geographic tweets to correlate that to actual votes. Seems… loose.

Automated tweeting played a small but potentially decisive role in the 2016 Brexit vote and Donald Trump’s presidential victory, the National Bureau of Economic Research working paper showed this month. Their rough calculations suggest bots added 1.76 percentage point to the pro-“leave” vote share as Britain weighed whether to remain in the European Union, and may explain 3.23 percentage points of the actual vote for Trump in the U.S. presidential race.

The researchers collected data for the study using the Twitter streaming application programming interface, a tool that allows users to collect a random sample of real-time tweets with specified characteristics. The authors identified bots by their unusually large number of tweets, whether they tweeted the middle of the night, and whether they re-posted identical messages, among other criteria.

To figure out how tweeting influenced votes, the study authors looked at the share of pro-leave or pro-Trump tweets by geography to check how closely votes were correlated with Twitter activity. They then figured out how much the accounts they defined as bots added to the volume of tweets advocating Brexit or Trump, and extrapolated from there. 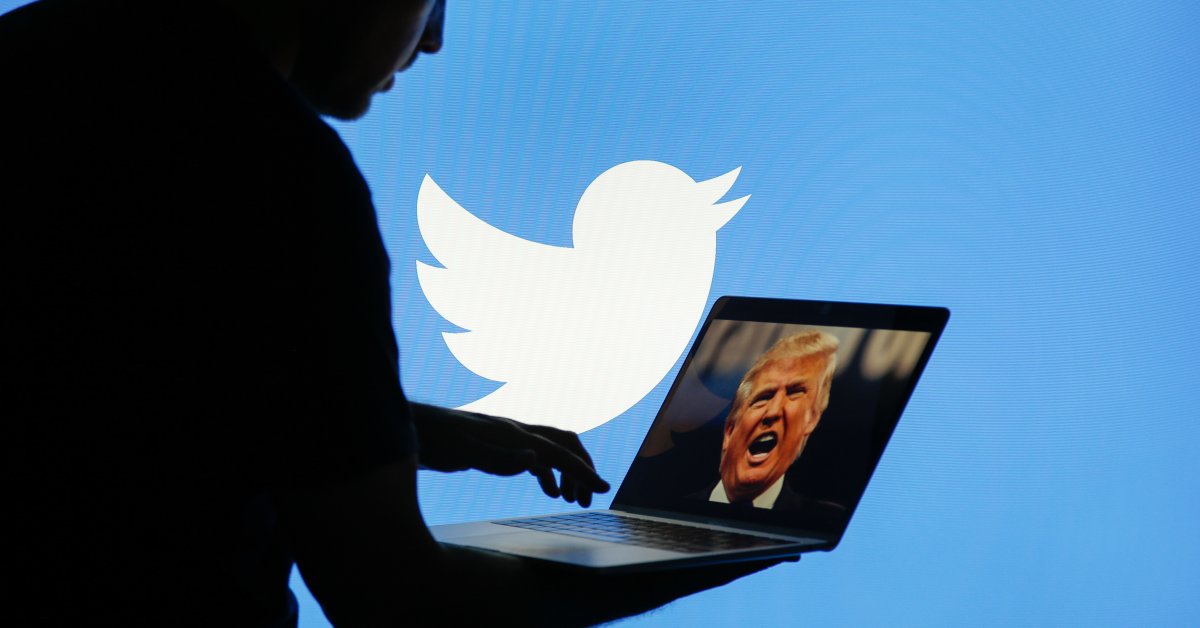 President Donald Trump has wrenched the United States back to the brink of a constitutional showdown after a weekend of rage culminated in his demand for an investigation into claims that the Obama administration inserted a spy in his 2016 campaign.

Trump’s power play injected fresh intensity into his escalating political offensive against the Justice Department and renewed worries he is barging across long-held boundaries between the judicial system and the Oval Office.

It also raised potential scenarios that would threaten the integrity of US governance: first, that Trump could use his power to go after a political opponent and, second, that he means to derail or even end a criminal probe into his own conduct.

President Donald Trump has wrenched the United States back to the brink of a constitutional showdown after a weekend of rage culminated in his demand for an investigation into claims that the Obama administration inserted a spy in his 2016 campaign. 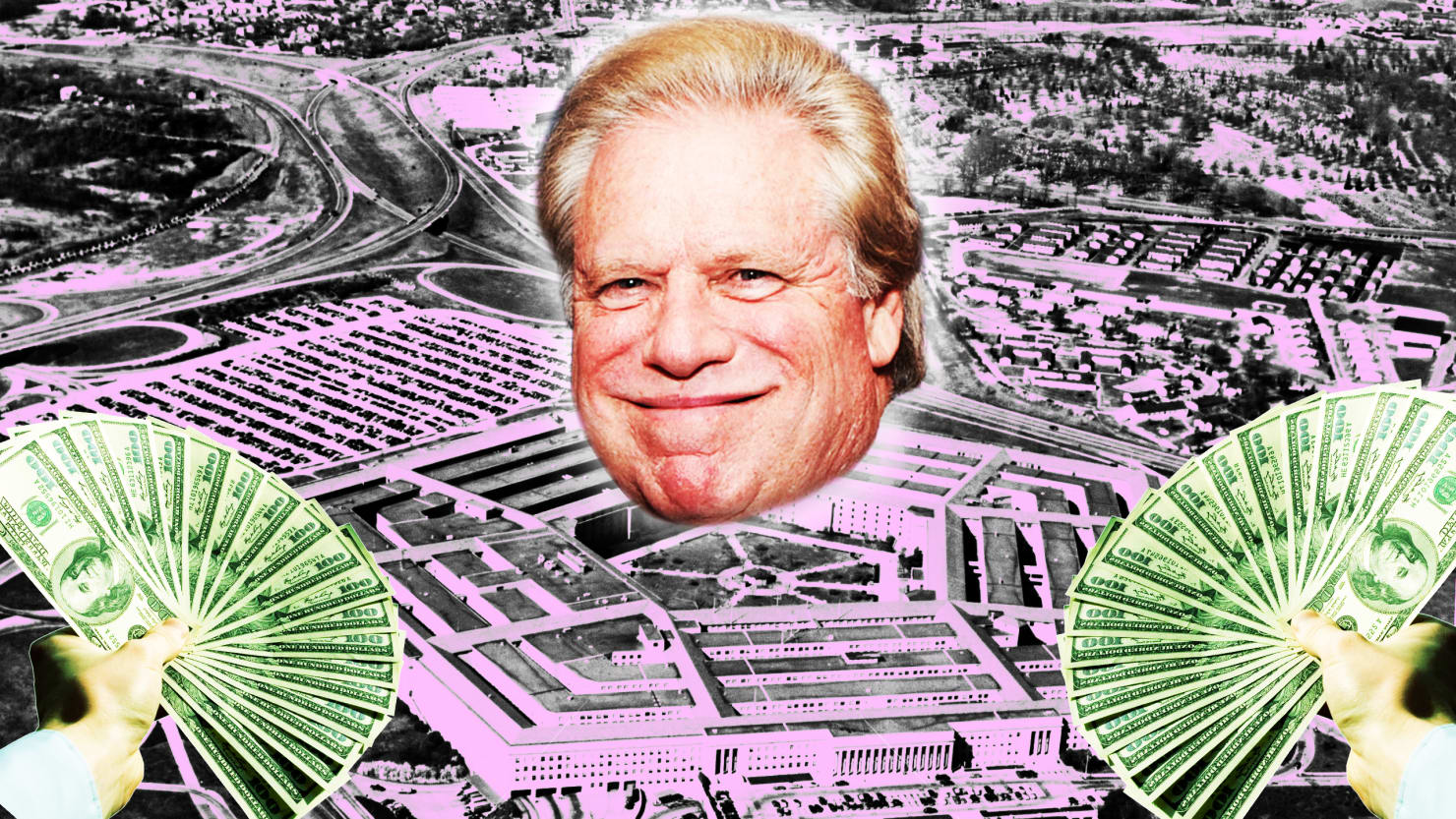 Elliott Broidy’s Company Got Its Biggest U.S. Government Job Ever While He...

The GOP mogul didn’t just get rich off defense contracts in the Middle East in 2017. He also scored a record haul for his company from the Pentagon.

This is the same Broidy who was convicted of distributing $1 million in bribes in 2009 to reap $250 in government investment. Despite the fact that he is a convicted felon for financial crimes, the Republicans made him a Vice Chairman of the Trump Victory Committee and Vice Chairman of the Inauguration Committee (which has still not properly accounted for millions of dollars). They also made him National Deputy Finance Chairman of the RNC – a position from which he resigned in disgrace when it was revealed that Trump’s personal lawyer (Cohen) paid $1.6 million in hush money on his behalf to a Playboy model he had an affair with.

This is the same Elliott Broidy who is in bed with Gulf States to the tune of hundreds of millions of dollars in contracts as this article details. Broidy’s lobbying partner in securing these contracts was George Nader – who among other things, attended the highly suspect “Seychelles meeting” and who:

. . . attended a meeting just before the 2016 election that included Donald Trump Jr., Trump campaign senior adviser Stephen Miller, Blackwater co-founder Erik Prince, and others. At the meeting, Nader spoke on behalf of the Emiratis and Saudis who offered support for Trump in his quest for the presidency.

And, BTW, Broidy is also under investigation for financial crimes in the Ukraine and for allegedly soliciting $75 million to influence the DOJ to end an investigation into a massive Malaysian corruption scandal.

What a rat and what a rats’ nest!

For all intensive purposes, Twitter for Trump is a bit like the Orwellian future where leadership is dictated via garbled announcements to the proletariat. He can say any preposterous thing he wants from his private quarters via Twitter. Whatever mood strikes him, he can just ultimately let it go and people will have some kind of a reaction, which is all he’s really after, just a reaction and place in the spotlight.

I think, finally, with his latest decrees about having the Justice Dept investigate the Justice Department (or is it the FBI investigating the FBI?), people are finally beginning to see that maybe he’s slipped a rung or two from stable genius level.

5/ Three months before the 2016 election, Trump Jr. met with representatives of Saudi Arabia and the United Arab Emirates who offered to help the Trump campaign, proposing a multimillion-dollar social media manipulation campaign.

Here’s a blockbuster, follow-up interview with David Kirkpatrick, the NYT reporter on this story – must see TV!

There has been so much to keep up with regarding what Mueller may be looking at for misuse of power from the T administration. Beyond these highlighted issues below, which are actual hotlinks in the Atlantic article, the area of greatest concern is this ongoing (mis) use of their official powers for personal and financial gain.

Yes, the outright grifting going on…and the entangled interests is unprecedented, to the tune of $40 million alone gleaned from T properties http://thehill.com/homenews/news/388111-disclosure-shows-trump-earned-40m-in-2017-from-dc-hotel

The sheer volume of Trump scandals can seem difficult to keep track of.

There’s the ongoing special-counsel investigation into whether the Trump campaign aided a Russian campaign to aid Trump’s candidacy and defeat his Democratic rival, Hillary Clinton; there’s the associated inquiry into whether the president obstructed justice when he fired former FBI Director James Comey, whom he had asked not to investigate his former national-security adviser; there are the president’s hush-money payments to women with whom he allegedly had extramarital affairs, made through his personal attorney, Michael Cohen, and facilitated by corporate cash paid to influence the White House; there is his ongoing effort to interfere with the Russia inquiry and politicize federal law enforcement; there are the foreign governments that seem to be utilizing the president’s properties as vehicles for influencing administration policy; there’s the emerging evidence that Trump campaign officials sought aid not only from Russia, but from other foreign countries, which may have affected Trump’s foreign policy; there are the ongoing revelations of the president’s Cabinet officials’ misusing taxpayer funds; there is the accumulating evidence that administration decisions are made at the behest of private industry, in particular those in which Republican donors have significant interests.

There is one Trump scandal. Singular: the corruption of the American government by the president and his associates, who are using their official power for personal and financial gain rather than for the welfare of the American people, and their attempts to shield that corruption from political consequences, public scrutiny, or legal accountability.

…the ongoing corruption of the official powers of the U.S. government on behalf of ego, avarice, and impunity should not be seen as separate stories. They are the same story, and it is the story of the Trump presidency. 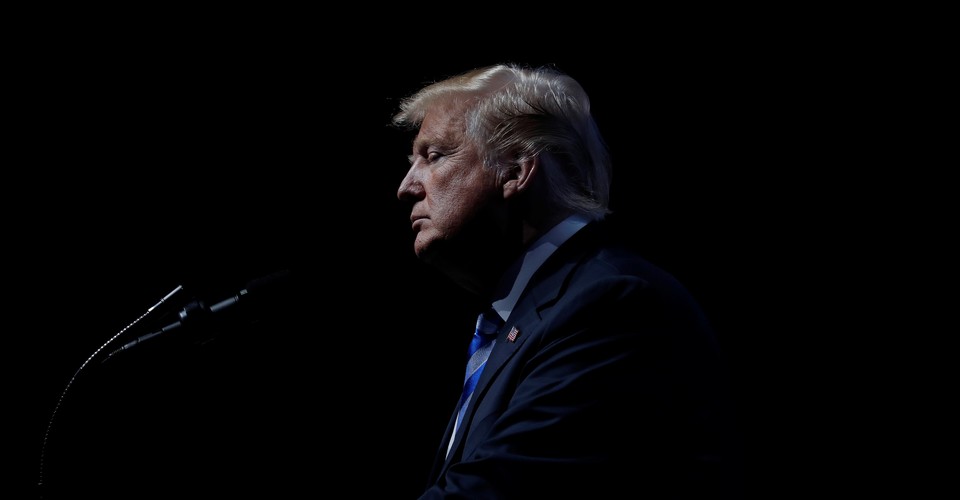 There Is Only One Trump Scandal

The myriad Trump scandals can obscure the fact that they’re all elements of one massive tale of corruption.

Yes… his words are easy-peasy…and mostly start with I or Donald Trump - now fill in these words “Win, stupid, weak, loser, we, they, moron, politically correct, smart, tough…” etc.

Just that they are polarizing and he likes to inflame people against each other.

For the Evangelists…avarice is the same word as greed. But ignorance is bliss on this 'lil notion.

…the ongoing corruption of the official powers of the U.S. government on behalf of ego, avarice, and impunity should not be seen as separate stories. They are the same story, and it is the story of the Trump presidency.

… on behalf of ego, avarice, and impunity …

Them durn Atlantic libtards, with their big fancy words. That’s why Trump voters prefer his grade-school level speech (even though nothing he says makes any sense).