1/ Mitch McConnel said he supports the Mueller investigation and nothing in Thursday's secret briefing on the Russia probe changed his mind. "The two investigations going on that I think will give us the answers to the questions that you raise — the [inspector general] investigation in the Justice Department and the Mueller investigation," McConnell said. "I support both of them, and I don't really have anything to add to this subject based upon the Gang of Eight briefing that we had today, which was classified." (NPR / NBC News)

This seems like kinda a big deal, eleven days before the inauguration, a Russian Oligarch paid Cohen $1 million in exchange for a consulting contract with the purpose of strengthening US, Russian relations under President Trump.

Eleven days before the presidential inauguration last year, a billionaire Russian businessman with ties to the Kremlin visited Trump Tower in Manhattan to meet with Donald J. Trump’s personal lawyer and fixer, Michael D. Cohen, according to video footage and another person who attended the meeting.

In Mr. Cohen’s office on the 26th floor, he and the oligarch, Viktor Vekselberg, discussed a mutual desire to strengthen Russia’s relations with the United States under President Trump, according to Andrew Intrater, an American businessman who attended the meeting and invests money for Mr. Vekselberg. The men also arranged to see one another during the inauguration festivities, the second of their three meetings, Mr. Intrater said.

Days after the inauguration, Mr. Intrater’s private equity firm, Columbus Nova, awarded Mr. Cohen a $1 million consulting contract, a deal that has drawn the attention of federal authorities investigating Mr. Cohen, according to people briefed on the inquiry. 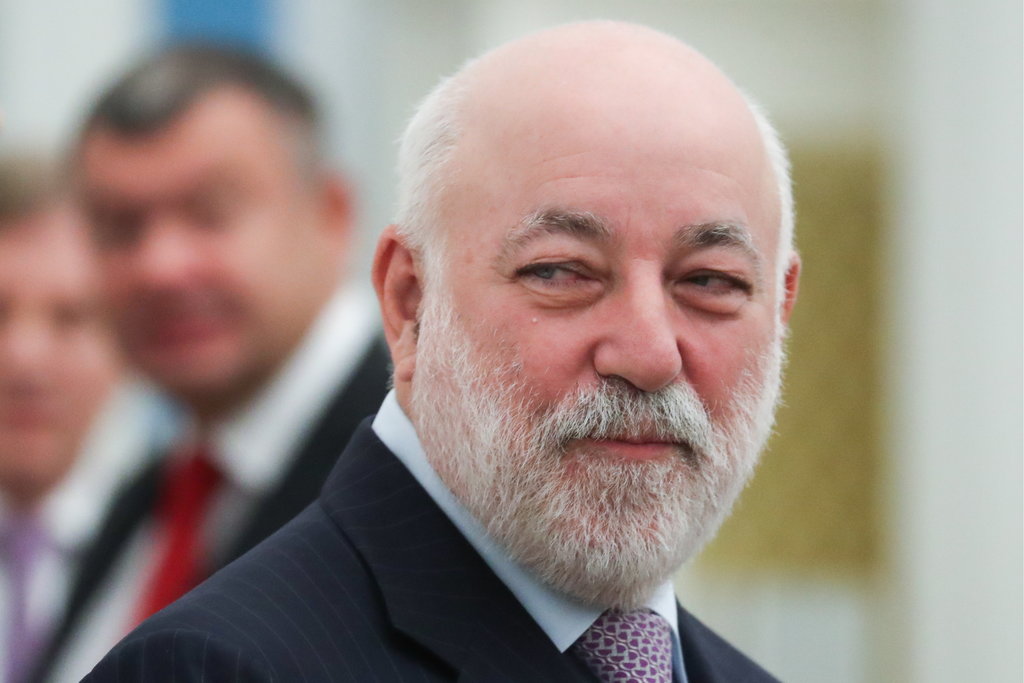 The meeting, which took place 11 days before the inauguration, preceded a $1 million contract Mr. Cohen received from a firm tied to the Russian oligarch.

A Russian billionaire with ties to the Kremlin met with Michael Cohen at Trump Tower eleven days before the 2016 election.

I’m losing track of how many shady meetings and payments Cohen is involved with. Based on the rate at which these are being uncovered, there’s got to be more.

I wish all the video footage of the Trump Tower lobby could be collected on one website. Then a crowd-sourced effort could comb through it to discover persons of interest – much the way amateur “comet hunters” pool their efforts by sifting through footage of the night sky from major observatories.

@Keaton_James & @jamditis Maybe this story should move up from the notables, Cohen is Trump’s personal “Lawyer” and the meeting took place in Trump Tower. The timing of it all is very suspect.

@jamditis A random shout out and massively big thank you for covering for Matt while he soaks up some R&R. I’ve really been enjoying your daily write-ups at WTFJHT – awesome reporting!

Aww thanks so much! This is much different than I thought it would be, but I think I’m starting to get into the rhythm of things.

A source familiar with Black Cube’s outreach to the Kahls told NBC News that it was part of an effort to discredit Obama administration officials who had worked on the Iran nuclear deal – and, by extension, the deal itself. Black Cube sought evidence of nefarious behavior, such as financial or sexual impropriety, by the deal’s architects, including Colin Kahl. Operatives hoped to obtain such evidence by befriending their targets or their targets’ associates.

In the end, Black Cube’s Iran-deal spying yielded no compromising information, and in early May, Trump announced the U.S. would withdraw from the nuclear deal. But the use of the shadowy firm continues to draw scrutiny. On Friday, Democratic members of the House Oversight Committee wrote to the founders of Black Cube requesting documentation related to its Iran work. Black Cube: Inside the shadowy Israeli firm accused of trying to undermine...

An NBC News investigation reveals a business intelligence company with governmental contracts and a special department for politically motivated work.

Ditto…super great work. Thanks for covering these unwieldy and ever present breaking news in a cogent manner.

Let’s try to celebrate all that is good in America this Memorial Day Weekend, and remember all those who’ve done their best to protect us. 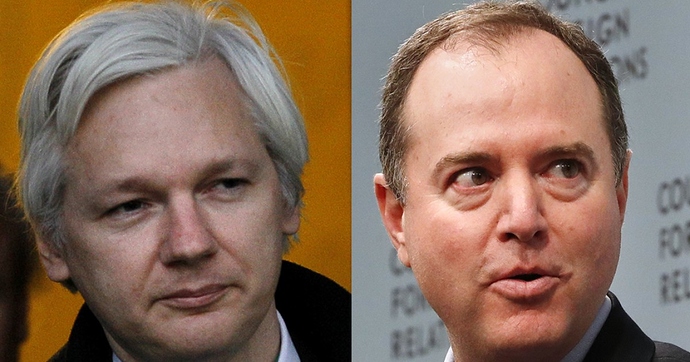 Julian Assange seeks audience with Adam Schiff to prove ‘there is no...

I think Assange is really sweating it about now. The Ecuadorians have been making rumblings about kicking him out of their embassy and it looks like he’s flailing around for a life ring. As noted in this article, Schiff said he would only speak with Assange after he is in U.S. custody – that is the proper and honorable course of action. I’ll bet if Assange had said he was willing to speak with Nunes, that little weasel would be on the next plane to London. But back to the big question here: Why would Assange offer to speak with Democrats, not Republicans? An interesting puzzle to ponder over during the long weekend.

Aww, you all are so nice.

Thank you so much! It means a lot.

@jamditis Great job this week, btw! That story has me wondering and I don’t know who could answer this but how many meetings with Russians happened in Trump Tower before inauguration?

Edit: I should have googled first, Wikipedia has put together an entire page just about all the meetings. Wow! Maybe we need a thread just about suspect meetings? Seems like they just keep coming. What do you guys think?

The Trump Tower meeting took place on June 9, 2016, in New York City between three senior members of the 2016 Trump campaign – Donald Trump Jr., Jared Kushner, and Paul Manafort – and at least five other people, including Russian lawyer Natalia Veselnitskaya. The meeting was arranged by publicist and long-time Trump acquaintance Rob Goldstone on behalf of his client, singer-songwriter Emin Agalarov. It was disclosed to U.S. government officials when Kushner filed a revised version of his secu...